A SKULL belonging to a Stone Age woman who was likely decapitated after death has been found at the edge of a cave shaft in Italy.

Stunned archaeologists think the woman’s head was rolled away from her body by natural causes and that’s how it came to the unusual resting place. 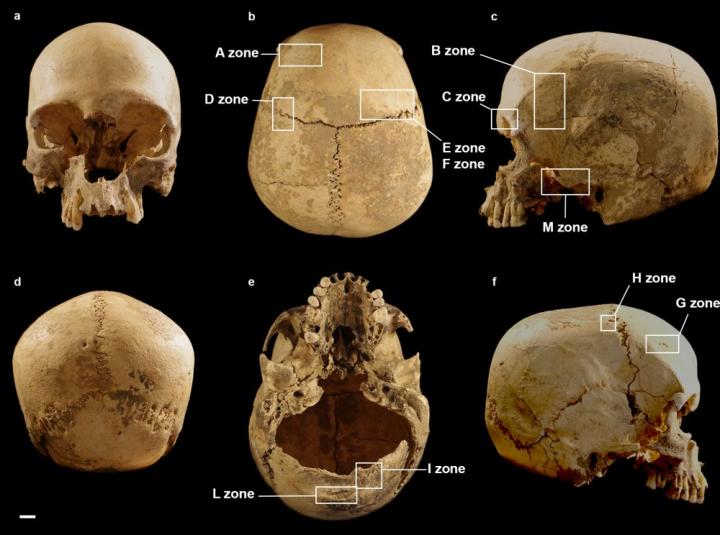 The woman is thought to have died near northern Italy’s Marcel Loubens cave around 5,600 years ago.

It’s not unusual to find ancient funerary evidence in Italian caves but it was strange that the rest of the skeleton and any other human remains were nowhere to be found.

The skull was retrieved in 2017 but researchers have just published a study that may finally solve the mysterious circumstances of how it came to be there.

The researchers said: “An intriguing archaeological cold case: an isolated human cranium was found in the natural Marcel Loubens gypsum Cave (Bologna area, northern Italy) at the top of a vertical shaft, reached by an artificial 12-metre technical climb. 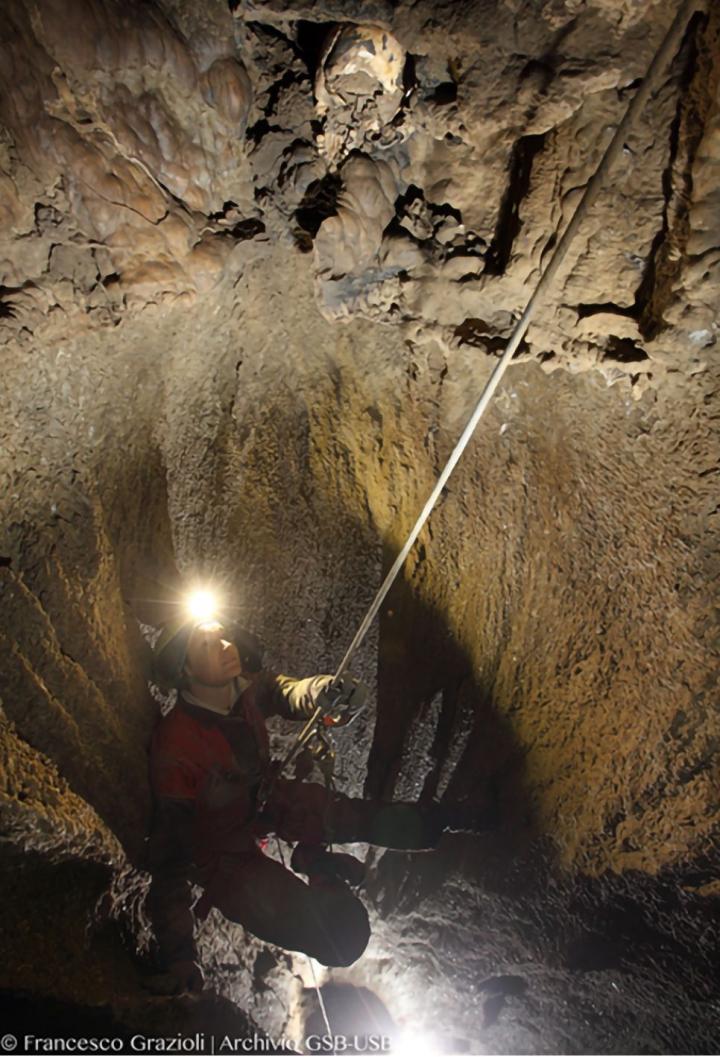 A researcher had to squeeze through a shaft to retrieve the skullCredit: Belcastro et al, 2021, PLOS ONE

“How and when did it get there? Whose was it?

“The cadaver (or head) of an early Eneolithic young woman was likely manipulated and dismembered in a funerary or ritual context and the skull, after a long and bumpy ride, accidentally ended up in the cave in the position in which it was found!”

The skull was found resting in a hard to reach place in the cave shaft and one researcher was sent to squeeze down there and retrieve it.

The skull showed evidence that the woman’s body was broken into pieces after death.

This was quite a common funerary practice for her time.

A CT scan showed the woman was likely between 24 and 35 and would have lived in the New Stone Age or the start of the Neolithic period.

She also showed signs of having surgery on her skull when she was alive.

One practice at the time involved people drilling holes into an ill persons skull to try and relieve head pain.

Red ochre pigment was also found in this skull dent, suggesting it could have been used for medical or ritual purposes.

Other scrapes show that flesh was removed from the woman’s skull after death.

These marks show no signs of healing and are consistent with other burials found in the surrounding area.

Other marks on the skull and teeth suggest the woman had chronic anaemia and may have had benign tumours.

It was the sediments found on the skull that made researchers think mud and water may have helped it roll into the cave.

The researchers concluded: “After a long and bumpy ride, [the skull] accidentally ended up in the cave.”

The full study about the skull can be read online in the journal PLOS One.

In other archaeology news, ancient artwork adorning the walls of an Egyptian prince’s tomb has revealed an extinct type of goose, according to new analysis.

New analysis of the remains of an ancient Egyptian pharaoh has revealed he may have been brutally murdered on the battlefield.

And, human skeletons have been discovered on a 1717 pirate shipwreck just off the coast of Cape Cod in the US.

What are your thoughts on the Stone Age skull mystery? Let us know in the comments…

Antibodies Are Overrated – The Atlantic

Haptics research aims to digitally capture the sense of touch

In a mixed bag of nuts, the big ones end up on top. Here’s how