Potion Party is a game where you run your own alchemy shop. The goal is to run the store smoothly, making potions for your customers quickly, hitting your daily quota. If you have played games like Overcooked, then there are definitely comparisons to be drawn between the two. The gameplay is very similar to Overcooked, although it never feels quite as hectic. Much like Overcooked, however, Potion Party is best enjoyed when played with pals — the game supports up to four-player couch co-op.

Potion Party is quite simple: a customer walks into your store and requests a potion, then it is up to you to get it made. The customer isn’t quite as impatient as often seen in other games of this nature, but it’s still important you get them in and out of the store as quickly as possible. This way you can make as much money as possible. This money is then used to improve your store, allowing you to provide more variation in your potions as well as letting you spruce the place up a bit with decorations. 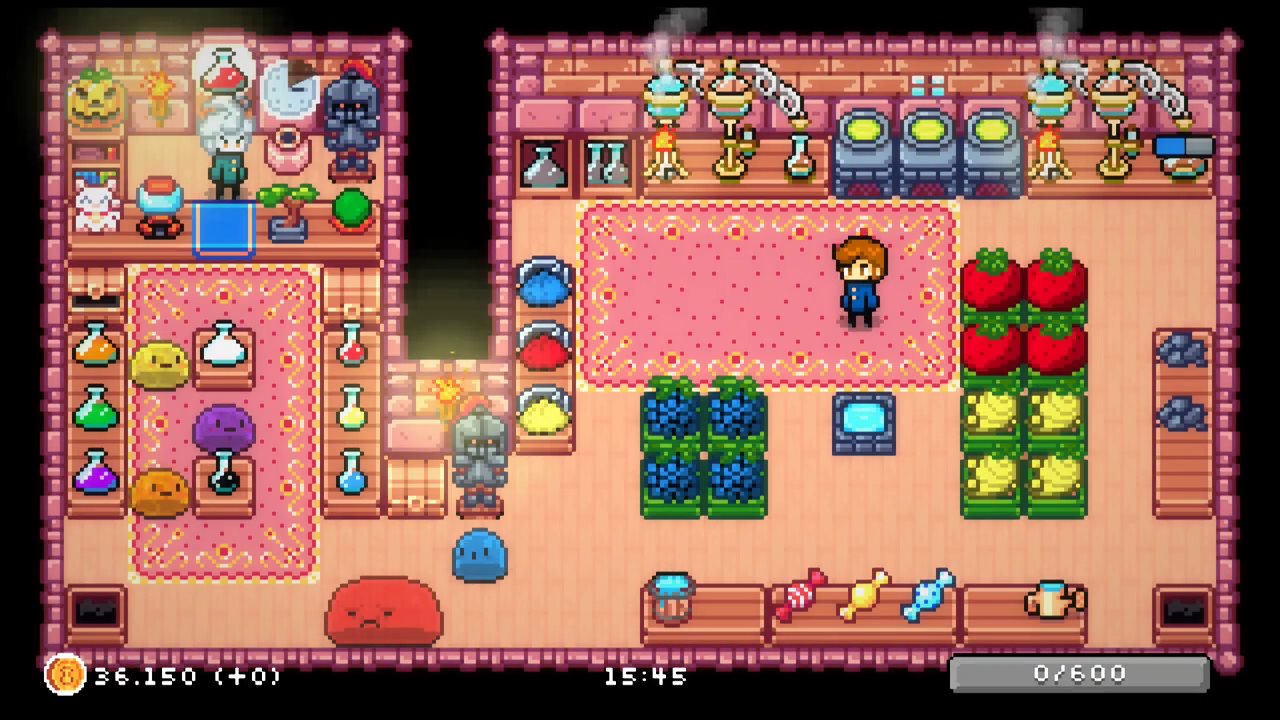 To make the potions, there is a process. It begins with growing your fruits using water, grinding them up into a powder once grown, adding the powder to water, and voila, you have your potion. It becomes more complicated when the customer wants a different coloured potion, so you have to start mixing to get the required colour. At times there is a bit of downtime for you to make a few potions in anticipation of your next customer; if you’re lucky, you can get them in and out in a flash, aiding in your attempts to see as many customers as possible.

In Potion Party, you don’t just have the challenge of making potions for your clientele You also have other obstacles to combat in the process. Different monsters descend upon your store in an attempt to prevent your business. It’s up to you to get rid of them,but each monster requires a different process to get rid of them. This layers on nicely to the potion-making part of the game, adding an extra challenge. 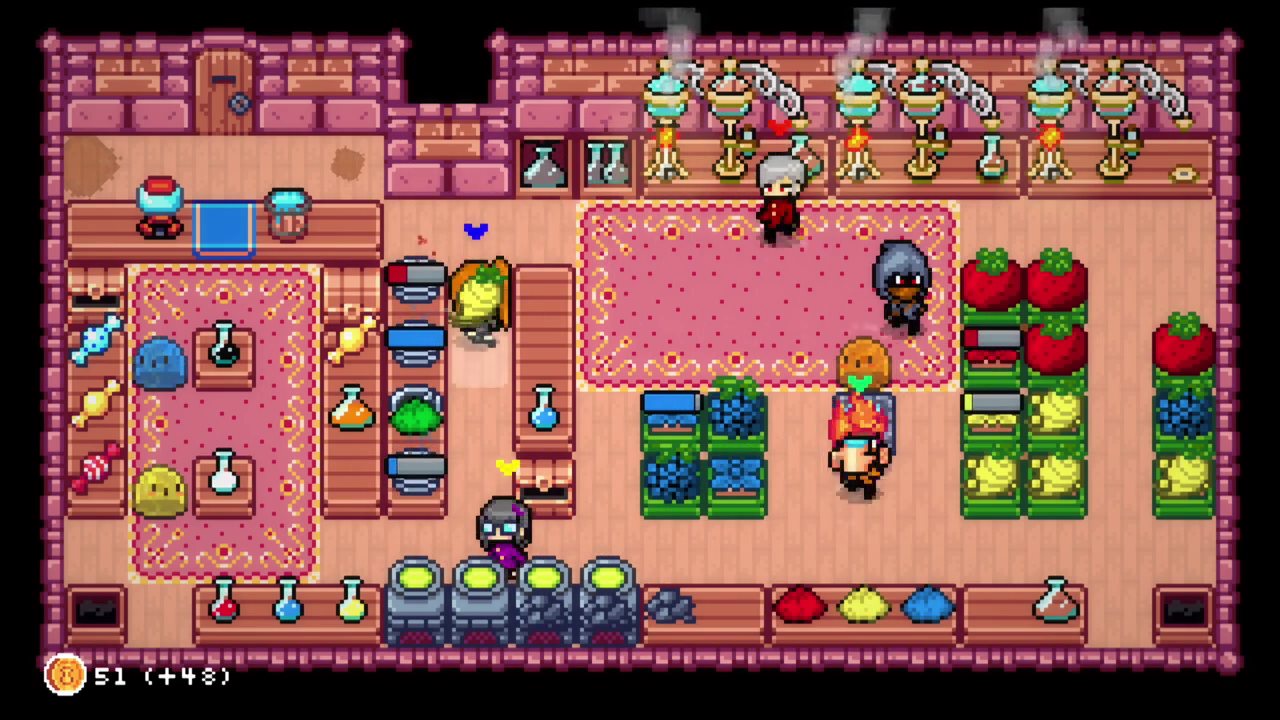 Like I said earlier, Potion Party is best enjoyed with a friend or two. Sadly there is no online multiplayer but if you have people at home with you to play, it is much more enjoyable. There is a single-player campaign that is a good demonstration of the gameplay but without a compelling story they’re just short bursts of okay gameplay. Potion Party is definitely a game to play with friends which is why it is such a shame that there is no online multiplayer in this game.

While you progress, there are more things you can unlock but not just for your shop. There are also 12 characters for you to take control of. Each one offers different abilities to the others, be it being slightly faster with their movements or the speed they make potions. It isn’t a huge deal, but it’s a nice thing to layer on top as well as something to aim for if you’re playing by yourself. All the characters and the world are brought to life in style. The game is flamboyant with its use of colour while rocking a pixelated retro art style. It complements the gameplay, which is incredibly simple and easy enough to play for anyone. 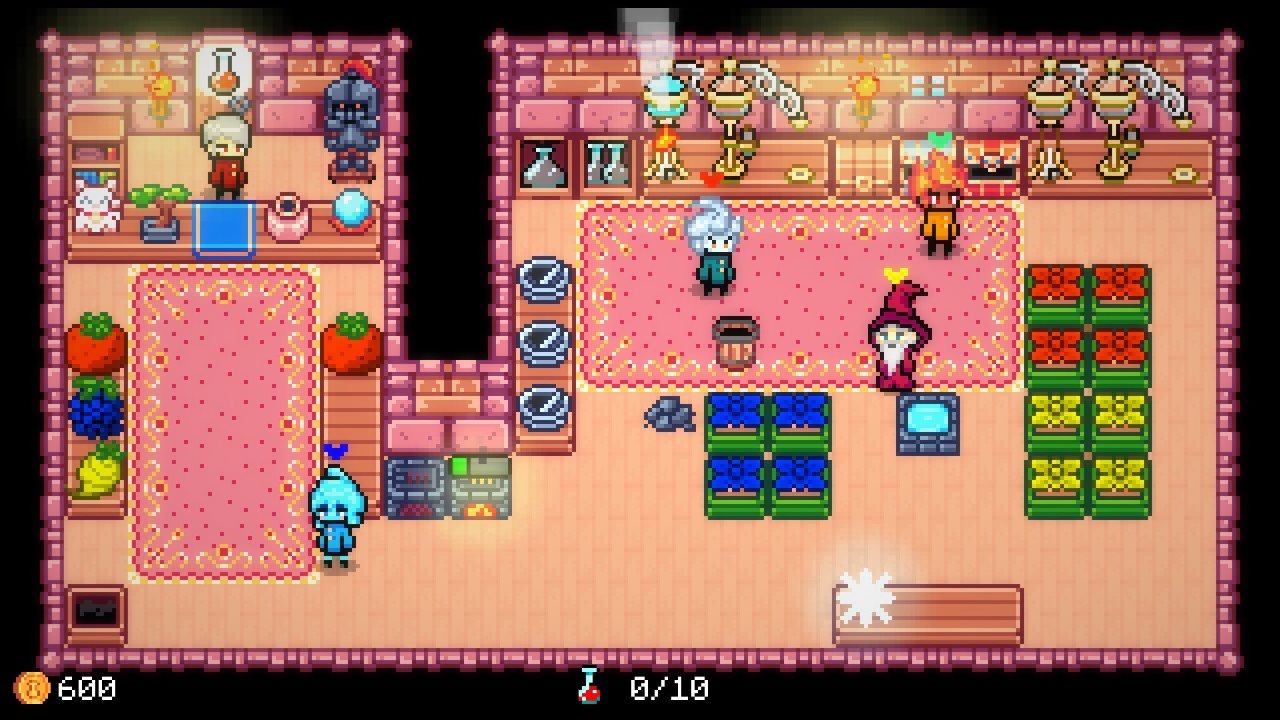 Potion Party is an incredibly charming multiplayer game, but as a single-player certainly doesn’t offer as much. It runs smooth and looks nice but in order to get any longevity out of the game it is best to be experienced with others. Solo gameplay can be fun, but I found it wasn’t too long before it grew stale.

Video games are the best thing ever and 2021 proves it

Who is Ethan Winters in Resident Evil Village?