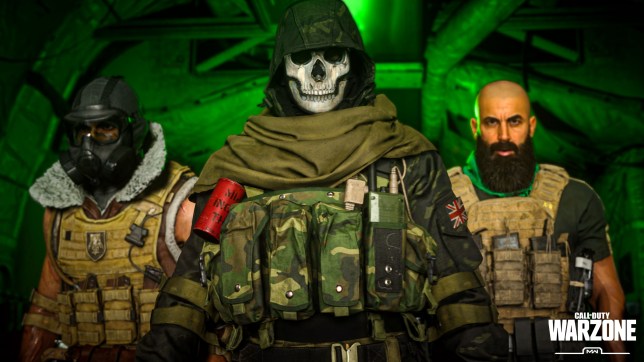 The 2021 equivalent of turning the console off when you start losing (pic: Activision)

It seems hackers have learnt how to forcefully end Call Of Duty: Warzone matches, in spite of Activision’s recent ban waves.

The current Call Of Duty games have been plagued with hackers and cheaters for a while, with some even popping up in professional tournaments.

Activision has repeatedly tried to deal with the problem, not only by implementing anti-cheat software but through banning player accounts of suspected cheaters. Developer Raven Software initiated numerous ban waves only last month, during the run-up to Call Of Duty: Warzone and Call Of Duty: Black Ops Cold War’s second season.

However, it seems that hackers have improved their methods for disrupting and ruining games and can end matches early, at least in Warzone.

As shared by ModernWarzone on Twitter, a Twitch streamer, BisaG10, was in the middle of a match with 19 players still alive and kicking, only for the match to abruptly end, much to the surprise of the other players.

What’s more, the match ends with a killcam, showing the final kill of the game. This is strange because this doesn’t normally happen when a Warzone match ends.

The same thing happened to Twitter user Luke Frost, who shared their clip of a Warzone match prematurely ending, only this time there were still 64 players.

Same thing happened to me as well! pic.twitter.com/e5OYnWK02L

It’s entirely possible that this is a bug of some kind but, judging by the responses on Twitter, a lot of fans believe this to be the work of hackers.

This, in turn, has revived complaints that Activision isn’t doing enough to prevent hacking, with some accusing the company of simply not caring or deliberately allowing it to happen.

Wow thats just amazing that you guys banned 50,000 people who were hacking yet they came back with even worse hacks I am so sad now please help us non hackers

Honestly, the hackers have gotten out of control and I cannot believe activision has tried putting a bandaid on a bullet hole. They have to do something to prevent this crap. It’s ruining the game and I know countless people who stopped playing because of this. I’m right there.

Whether this is due to hackers or an unintentional bug, if it starts to become more commonplace, Activision will have no choice but to do something about it.

Call Of Duty: Warzone is available for PlayStation 4, Xbox One, and PC.