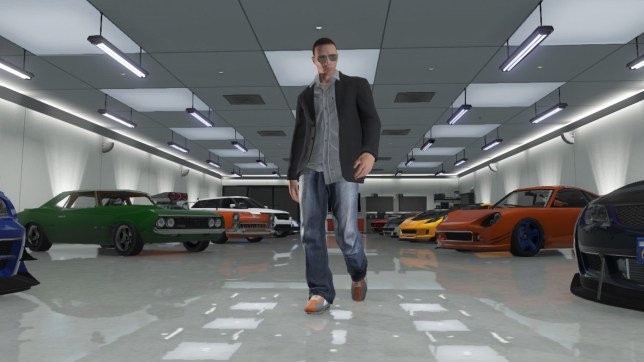 Which game are Rockstar thinking of remastering? (pic: Rockstar Games)

Rockstar parent company Take-Two has once again hinted that it’s planning remasters of older GTA games and that they won’t be a quick cash-in.

Take-Two has offered new hints that Rockstar are working on remasters, or possibly even remakes, of one or more Grand Theft Auto games, following similar comments last month.

Speaking at an investors conference, Take-Two CEO Strauss Zelnick was asked whether he saw remasters becoming a bigger part of the company’s strategy in the future, to which he suggested they already were.

Zelnick refused to speak on behalf of Rockstar but stated that Take-Two in general always, ‘improve the technology, we upgrade the visuals, and we make performance enhancements. And that’s why I think our remastered titles typically do so well’.

There’s no hint as to exactly which GTA games might be remastered but it’s the 20th anniversary of GTA 3 this October, so that seems a very obvious target. Although that is also roughly the time that the next gen versions of GTA 5 are expected to be released.

‘Remastering has always been a part of the strategy. We’ve done differently than the competition – we don’t just port titles over, we actually take the time to do the very best job we can making the title different for the new release, for the new technology that we’re launching it on’, said Zelnick, as transcribed by VGC.

He never referred to any games specifically, so it’s not entirely clear which previous titles he’s taking about, especially as it’s common for the terms remaster and remake to be used interchangeably – even though they mean very different things.

Zelnick may have been thinking of the recent remake of the first Mafia game, which was created from the ground up with new graphics, gameplay, and changes to the story.

By comparison, a remaster is essentially the same game as always and while it typically features some new assets and improved resolution it’s fundamentally unchanged from the original.

Take-Two has released plenty of games in that style too, including Mafia 2 and BioShock, but which would be closer to whatever Rockstar might be planning is unclear.

With any other company it will be tempting to say that it’s almost inevitable that some kind of new version of GTA 3 will be released this year, but given Rockstar’s unpredictable nature, magnified by the problems of working during the pandemic, that may be going a little too far.

PS5 will have more exclusive games than ever says PlayStation boss