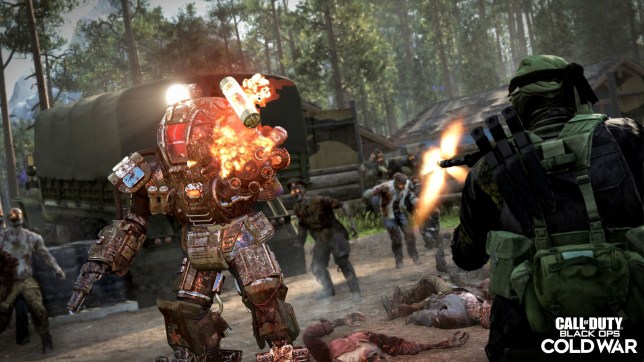 Warzone is going out with a bang (pic: Activison)

The end of Season 2 sounds like it’s also going to be the end of Verdansk, with datamined information suggesting it’s getting nuked.

According to Virgin Media the Season 2 update for Call Of Duty: Warzone led to their busiest day in history, with the average person downloading a massive 20GB of data on February 25.

Which is one very clear way to say that Warzone, and Call Of Duty in general, is more popular than ever. That popularity is in large part based on constant change, and it seems as if the Verdansk map may have hosted its last season.

An audio file datamined by ZestyCoDLeaks suggests that in order stop the zombie outbreak in the game the whole map is going to be nuked at the end of Season 2, or perhaps even earlier.

Like any legitimate datamine there’s little doubt the information is accurate, with lines of dialogue including, ‘Verdansk is lost. End it’ and ‘Extraction cancelled, nuke inbound for Verdansk’.

These clips seem to be taken from a new Plague mode, where you’re trying to escape the map before being overrun by zombies. Other clips from the same leak also refer to a sandbox mode with vehicle races and a weapons free zone.

There’s no indication of when these new modes will be implemented, although ModernWarzone has suggested March 11 as the date – long before Season 3 would be expected to begin.

What will be left afterwards is a complete mystery, with the obvious assumption being that Activision will use this as an opportunity to introduce a brand-new map.

There is another option though and that’s the possibility of continuing to use the map even after it’s been nuked. That seems going a bit far for Call Of Duty, but then again there are already zombies in it, so why not Mad Max?

Either way the likelihood is that at some point Verdansk will be replaced, by a new map that better represents last year’s Black Ops Cold War and/or whatever this year’s new game is – rumoured to be set during the Second World War.