NEWCASTLE’S survival hopes suffered a huge blue after Miguel Almiron and Allan Saint-Maximin were ruled out until April.

With top-scorer Callum Wilson also crocked, the Magpies – sat just three points above the drop – are now without their three best players. 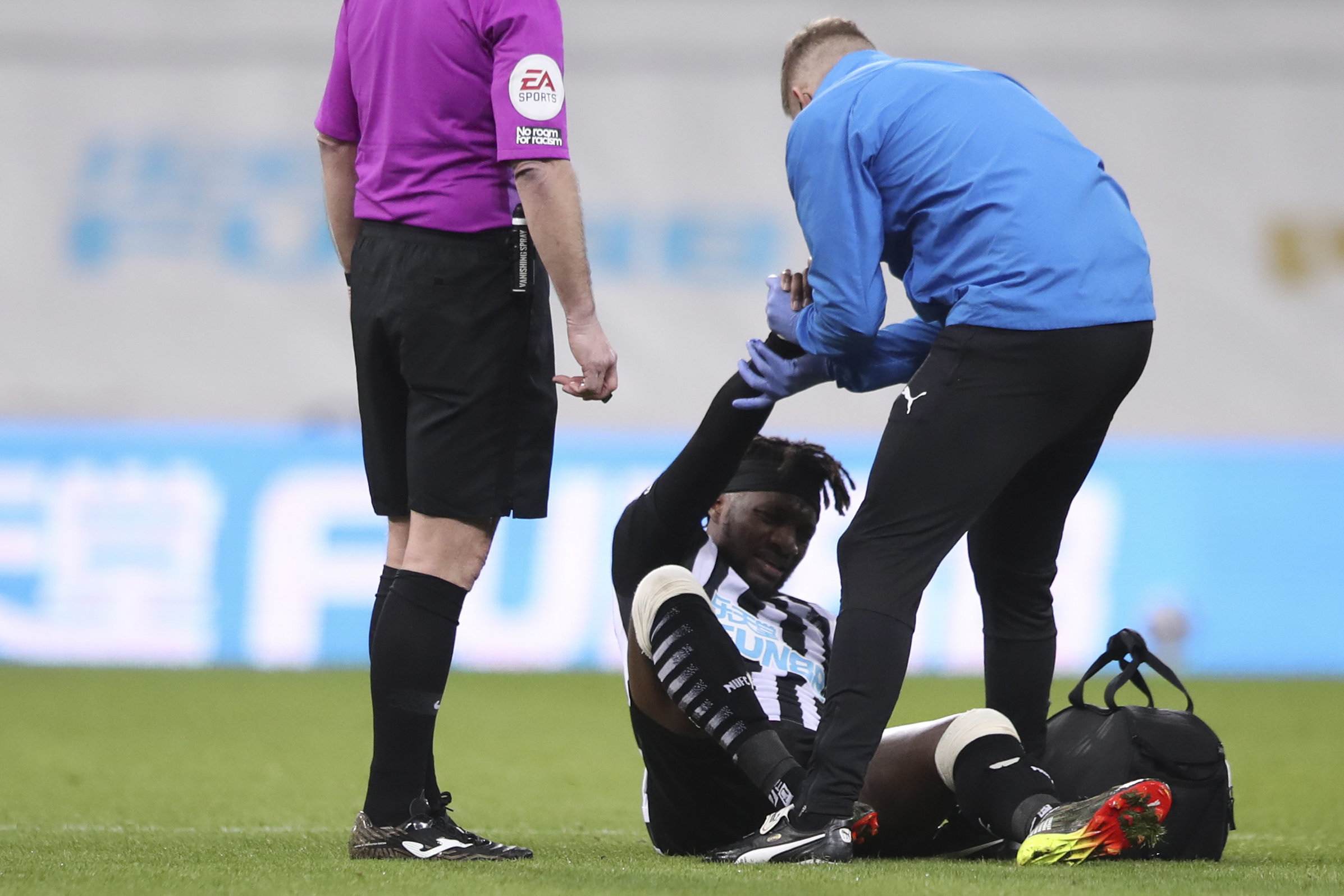 Allan Saint-Maximin came off in the draw with WolvesCredit: AP:Associated Press 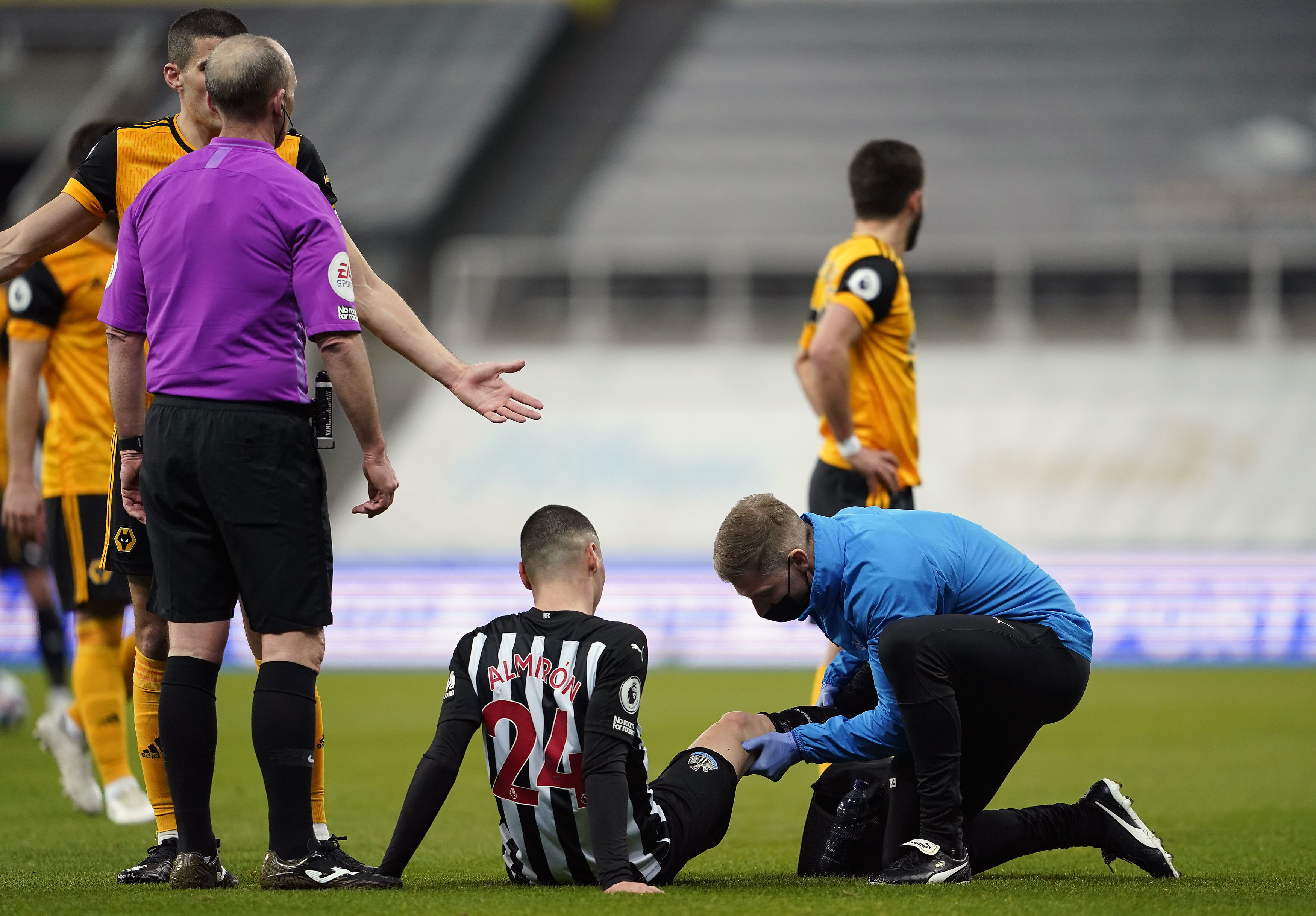 And it leaves beleaguered boss Steve Bruce in a desperate position having won just two of their last 17 matches.

Almiron came off at half-time of Newcastle’s 1-1 draw against Wolves with a knee injury, while Saint-Maximin hobbled off in the second half with a groin problem.

The club said ‘both have undergone scans and will continue their rehabilitation with the club’s medical team’.

Bruce is now down to the bare bones up front, with Almiron, Saint-Maximin and Wilson responsible for 16 of their 27 league goals.

With Wilson also three or four weeks away from returning, Newcastle will miss their star trio for crucial games against West Brom, Aston Villa and Brighton.

Following Saturday night’s game Bruce said they ‘were going to have to find a way’, with Ryan Fraser, Dwight Gayle and Andy Carroll all options for the trip to West Brom on Sunday.

The only other player in the squad to score more than once this season is defensive midfielder Jeff Hendrick, with the Toon Army fearing the worst ahead of a vital run of games.

There is then an international break after they play Brighton, with Bruce hoping all three will be available for the game against Tottenham on April 3.

In brighter news, Emil Krafth is set to return to training later this week after being forced off against Wolves.

And fellow right-back Javier Manquillo is back in training following an ankle problem. 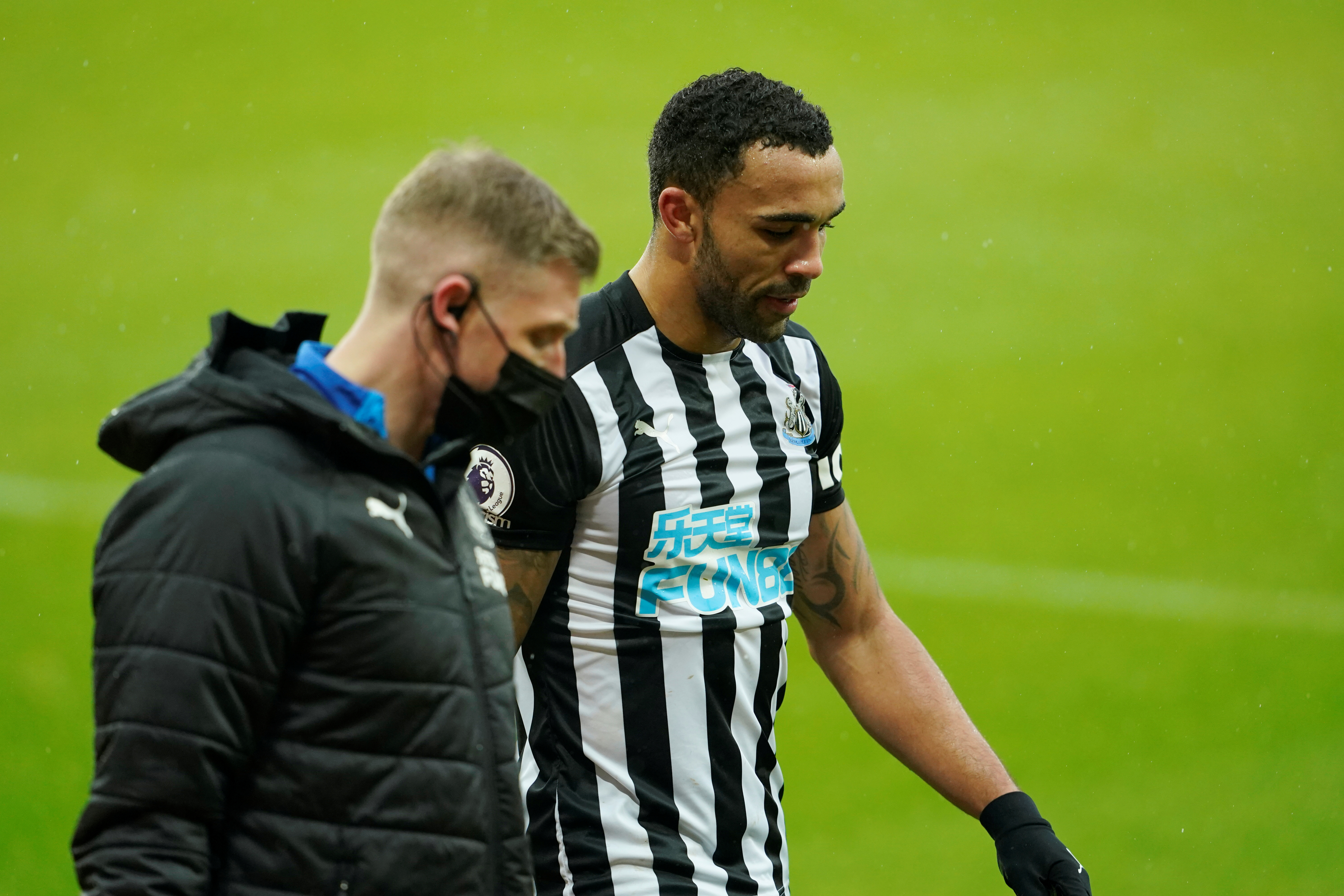