MARTIN ODEGAARD has hinted at a possible North London stay after stating that he feels at ‘home’ at Arsenal.

The Norwegian playmaker – who is set to be named as his country’s new captain – joined the Gunners on loan from Real Madrid in January. 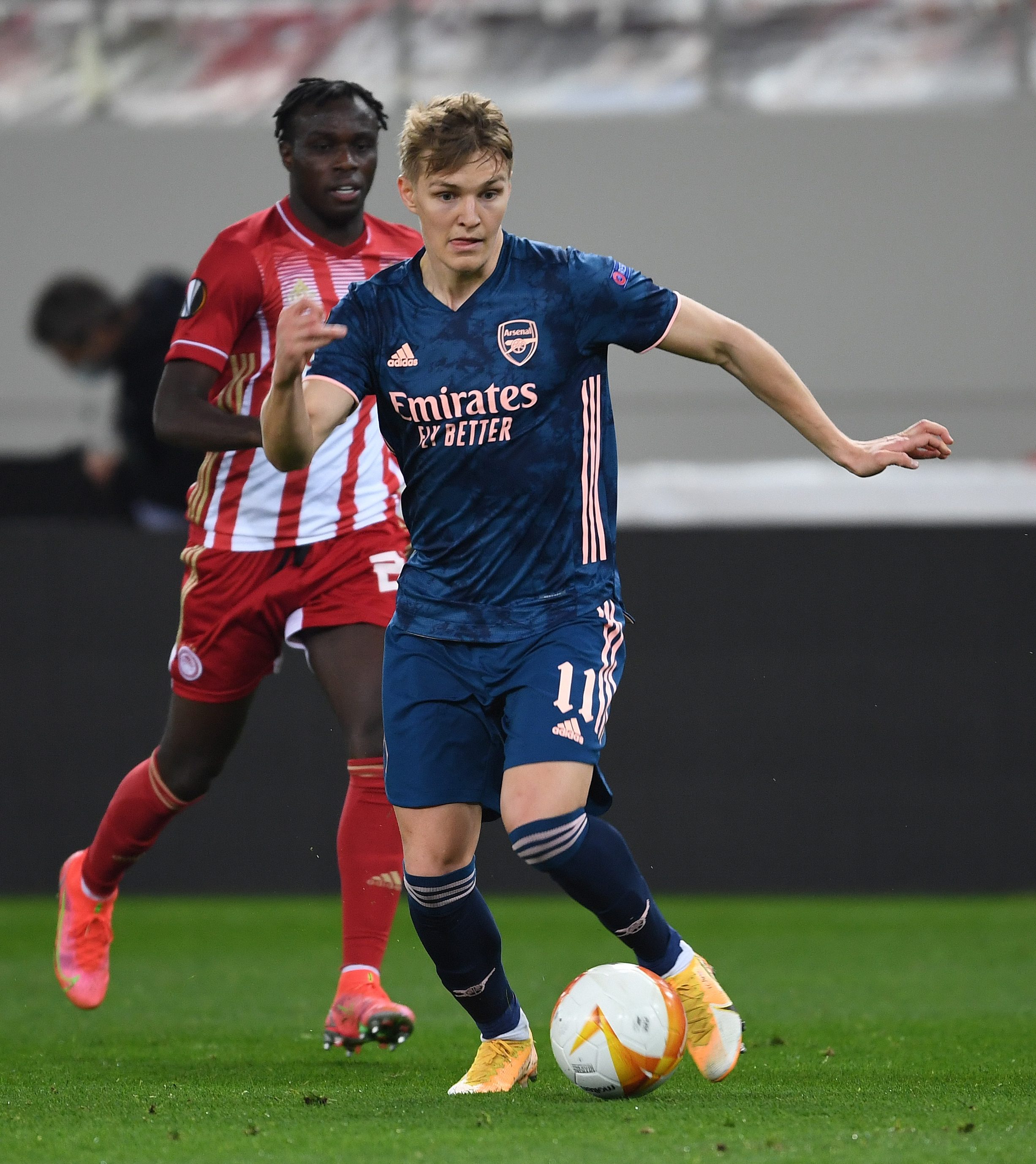 Odegaard, 22, has quickly become a key player under Mikel Arteta in the No10 role, and he opened his account for the club in the 3-1 win against Olympiacos on Thursday.

It was a stunning 25-yard thunderbolt that put Arsenal in the lead against their Greek opponents, with social media left stunned by his 60mph strike.

And speaking after the match in Athens, Odegaard hinted at potentially remaining at the club as he suggested he’s keeping an eye on next season.

He told BT Sport: “I wanted to get a shot on goal, luckily I had a good hit and it went in.

“I have felt at home since the first day, I am happy to be here and I feel great so I’m very pleased to be a part of the team.

“It is just half-time. We have to keep going. We have a big game on Saturday and then have to be ready for next Thursday.

Before adding: “It is a big win for us. A great result with three goals away from home and win in this competition is always good.

“The mentality in this team is great. Very pleased with everything. We showed the spirit in the team and the way we back each other.

“If one player makes a mistake then we react. That is what it is about, being a team.

“When one player makes a mistake you have to strike back as a team.”

And Odegaard could be in line to start in the North London derby against Tottenham on Sunday after his dazzling display against Olympiacos.