But the 26-year-old’s £56million release fee could scupper a potential move. 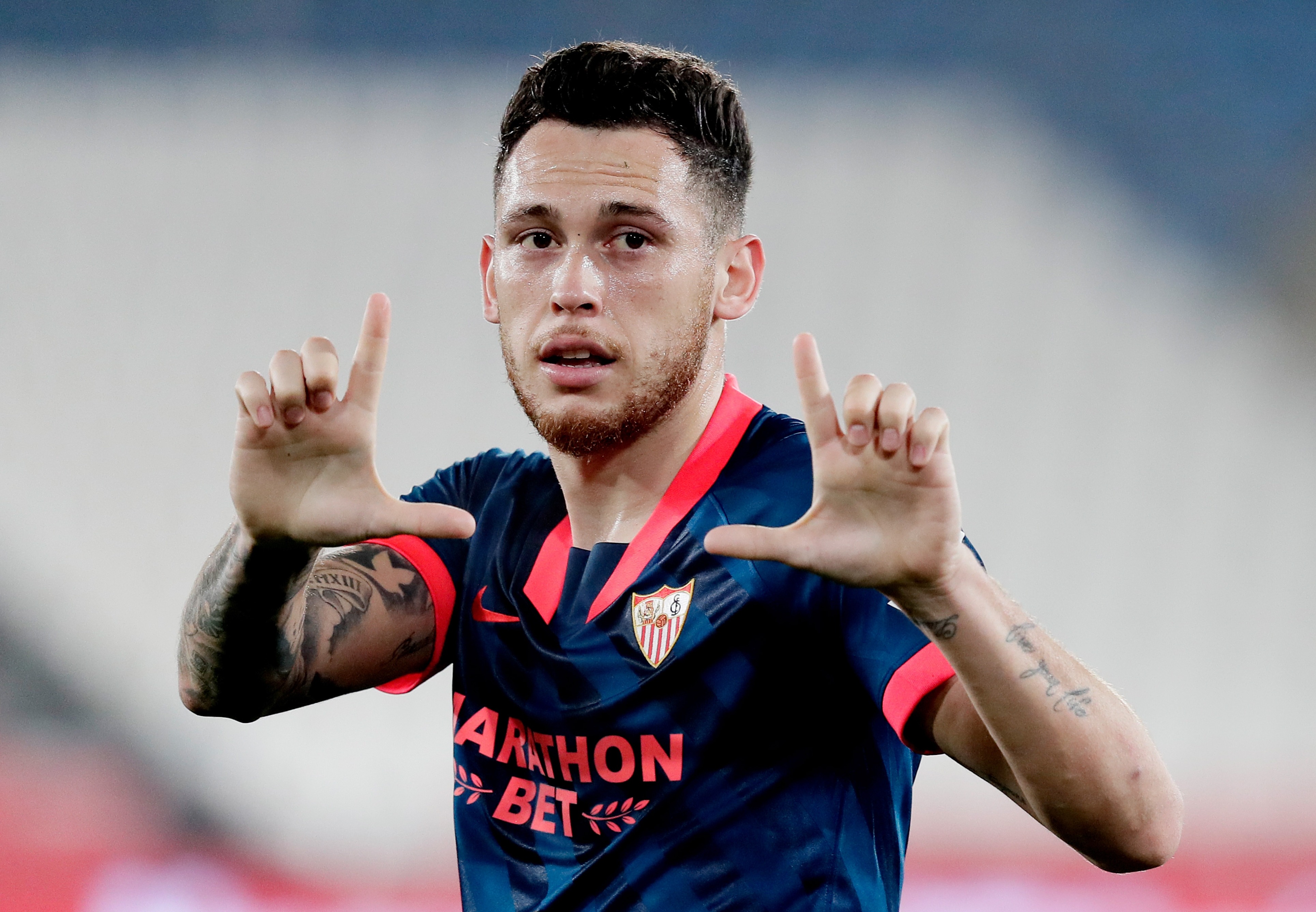 Ocampos, 26, is one of Sevilla’s finest playersCredit: Getty Images – Getty

According to Spanish newspaper La Razon, Jurgen Klopp is a fan of the Argentina international.

Sevilla are said to be keen on selling Ocampos to balance the books, but they want any prospective buyer to activate his release clause.

The winger scored 14 goals in LaLiga last season but has managed just three so far this term.

He joined Sevilla in 2019 having previously played for River Plate, Monaco, Marseille, Genoa and AC Milan.

Ocampos scored an 88th-minute winner against Wolves in the Europa League quarter-final last season before helping Sevilla beat Inter Milan in the final.

Liverpool are always on the look out for new forwards with stars Sadio Mane and Mo Salah constantly linked with moves.

And it hasn’t been an easy season so far for Mane or Roberto Firmino, who have managed just 13 league goals between them.

If the Premier League champions wish to proceed with signing Ocampos, they may use Takumi Minamino as leverage.

The Japanese star, who is currently on loan at Southampton, has been linked with a £9m summer move to Sevilla.

Minamino has made just 19 Premier League appearances for the Reds since his move from Red Bull Salzburg in January 2020.

He scored in Southampton’s 1-1 draw with Chelsea earlier today.

And Minamino may not be the only player leaving this summer, with German legend Lothar Matthaus urging Thiago to return to Bayern Munich.

The Spain international has struggled at Liverpool, with former Arsenal manager Arsene Wenger criticising his role in the team.

Liverpool are also rumoured to be interested in Torino defender Bremer, who could cost less than £10m.