FROM a bad hair day to a very good Herr day. 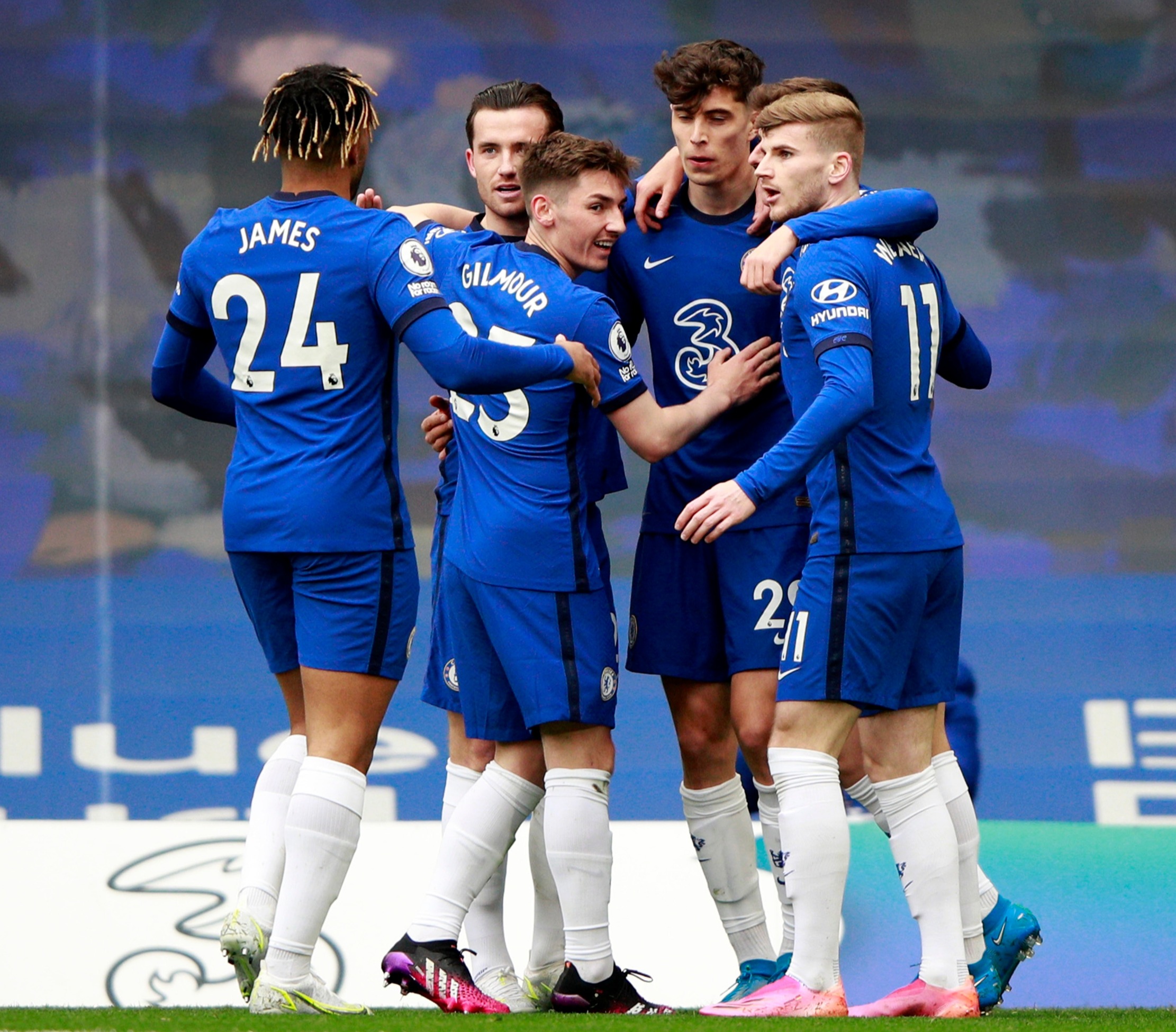 Chelsea were celebrating another win that keeps them on track for a top-four finishCredit: Getty 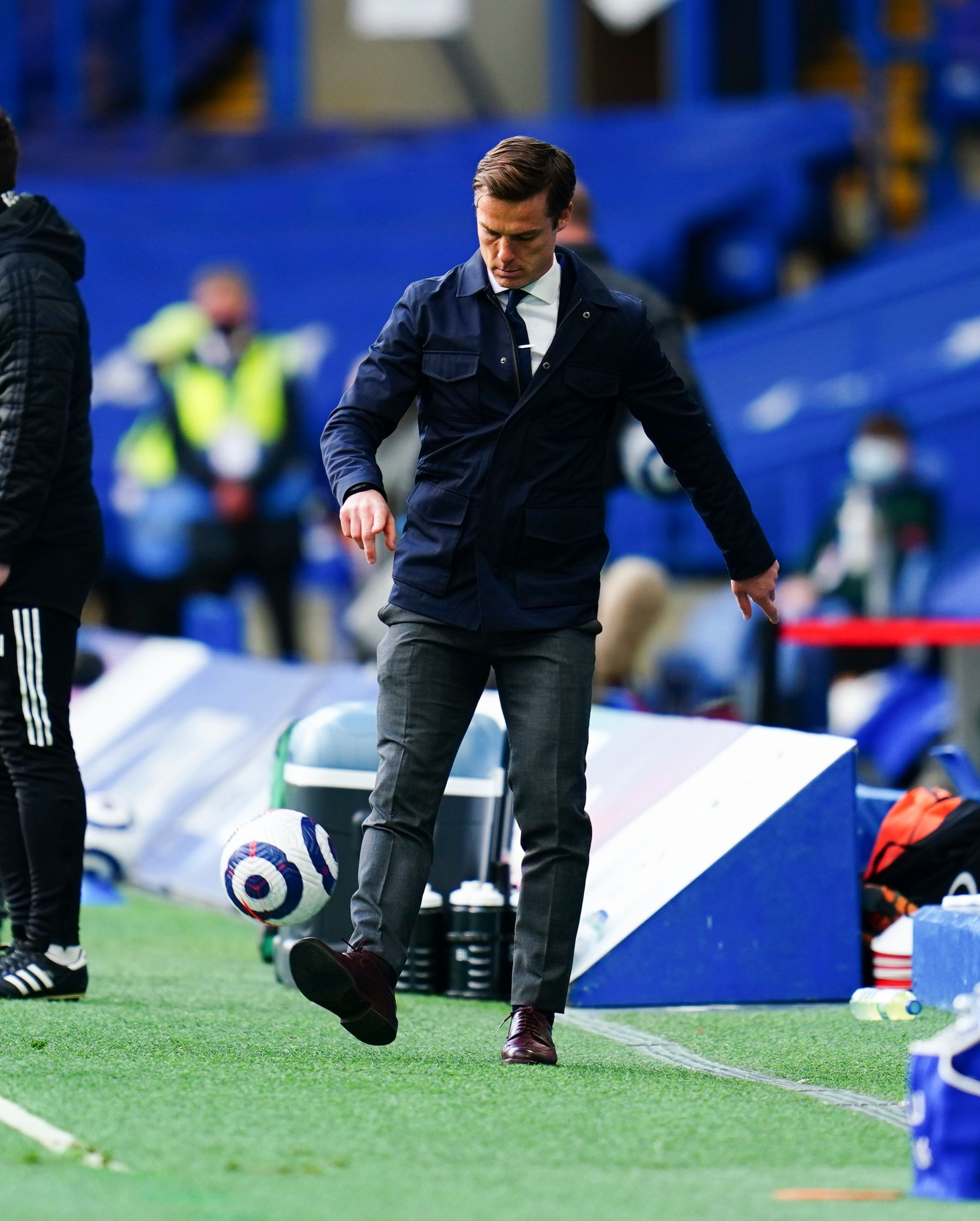 Scott Parker is facing up to the prospect of Championship football once again with FulhamCredit: Rex

After admitting to wearing a baseball cap indoors on Friday because his thinning locks were giving him hell, Saturday came and all that mattered was the pursuit of three points and a top four finish.

And Tuchel’s fellow countryman Kai Havertz scored a cool double in less than an hour to wrap up victory that puts Chelsea six points clear in fourth with only four games to play.

‘Fringe’ player Havertz, who has found it hard to hold down a starting place in Tuchel’s team, scored in each half to make it a comfortable return to Premier League action during a huge week for his club.

This win is sandwiched between the two legs of the Champions League semi final tie against Real Madrid and top priority for Tuchel was a routine result with no dramas and no injuries.

On Wednesday Chelsea host the 13-times European champions in command of the tie from a 1-1 away draw in the first leg.

Tuchel dispensed with his hat because his thatch was behaving itself.

And so were his players in a key game in the race for Champions League football next season.

Having looked shaky on their own patch in recent games, this was Chelsea taking their chances when they came along, although Fulham were spirited enough to give them a game as they face their own battle at the bottom end of the Premier League. 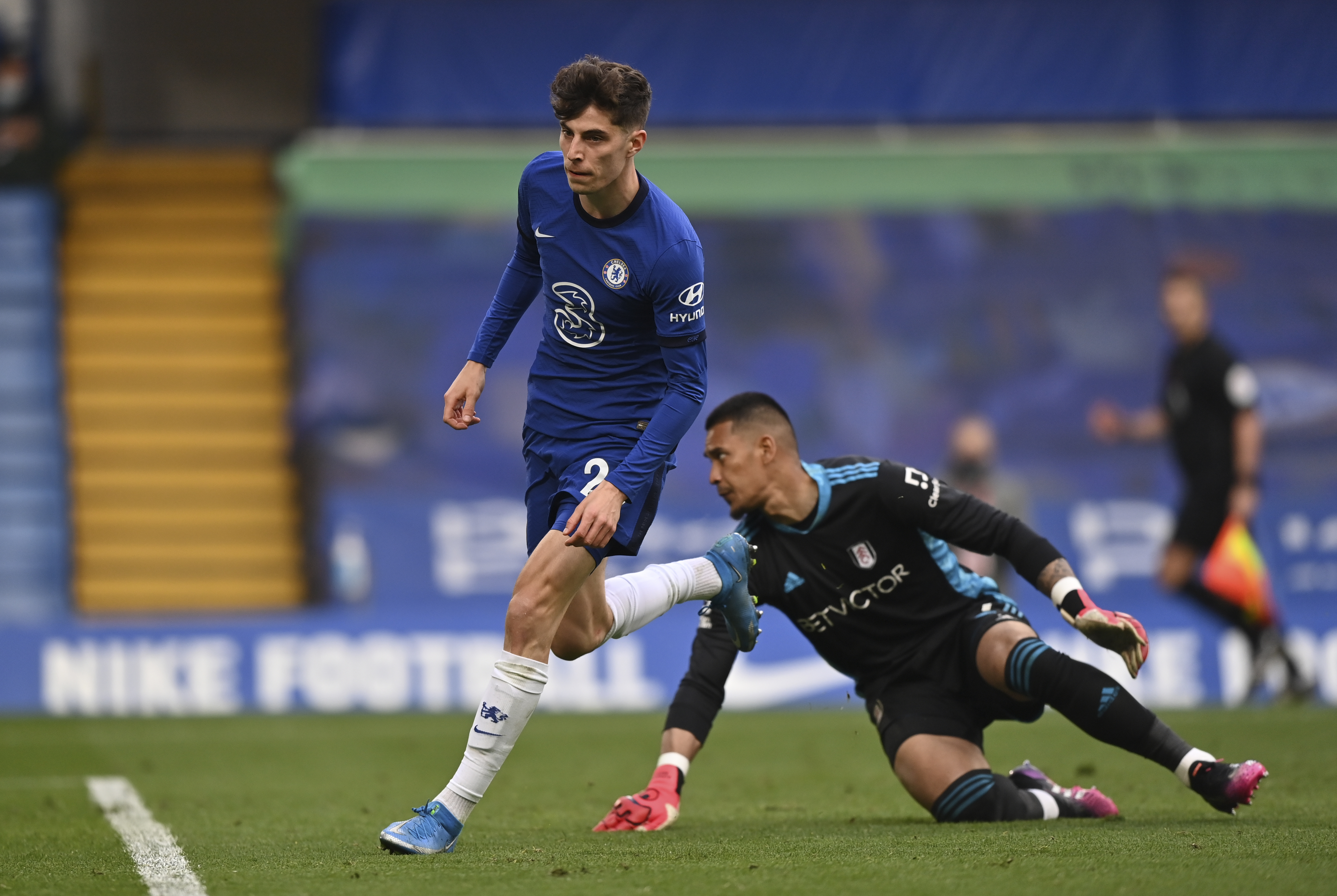 Kai Havertz doubled his goal tally for the season to fourCredit: AP 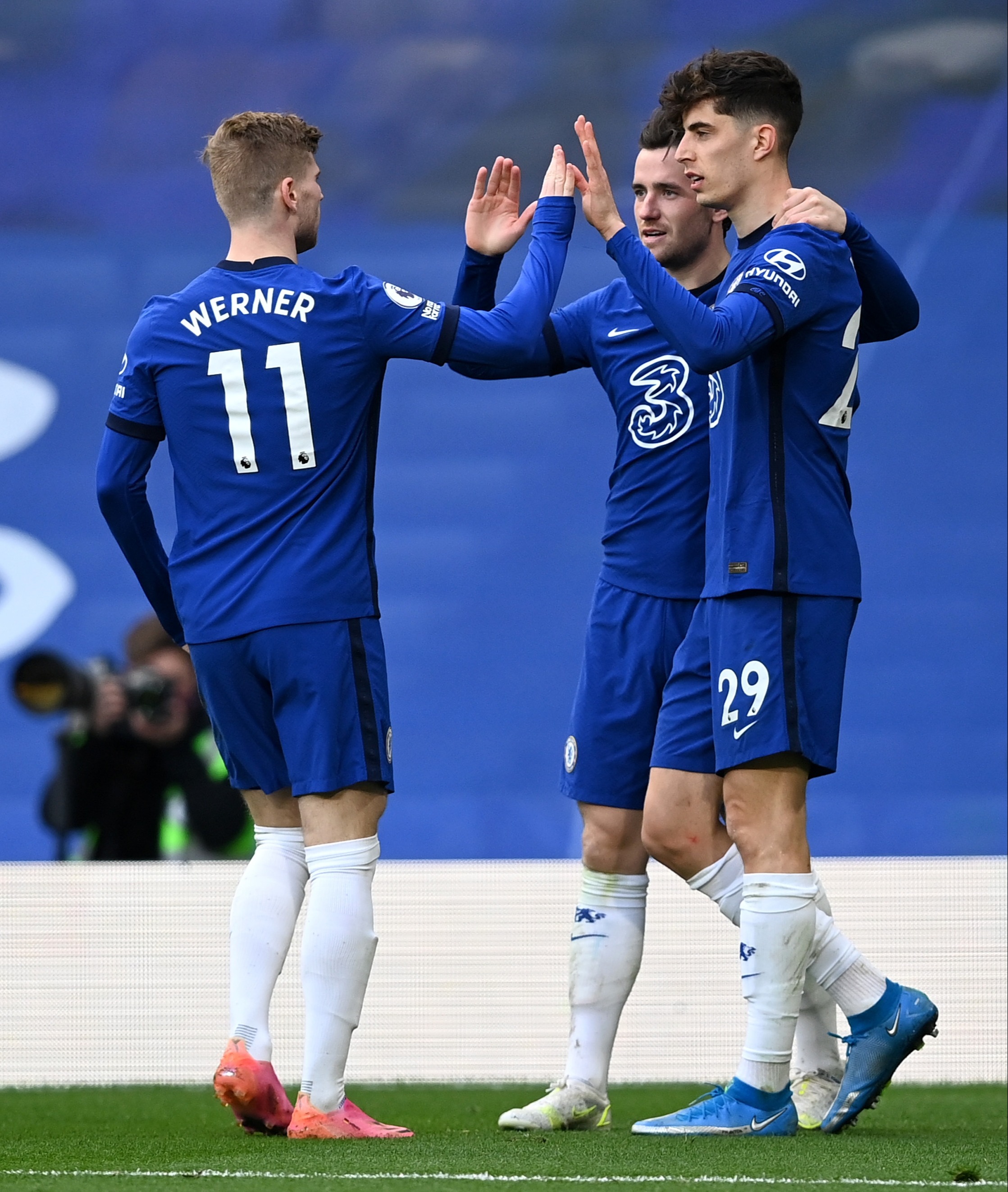 The young German is congratulated by his team-matesCredit: Getty

Havertz was one of five changes to the line up from the impressive score draw in Madrid on Tuesday.

And he wasted no time in making his presence felt and sending a message to his boss that he deserves more game time.

He was helped massively by a moment of magic from Mason Mount – whose precise control from a long ball upfield was a touch of class.

Mount’s reading of the game meant he weighted a perfect pass to Havertz on the run into the box, as he rounded former Chelsea academy graduate Ola Aina, now playing right back for Fulham. 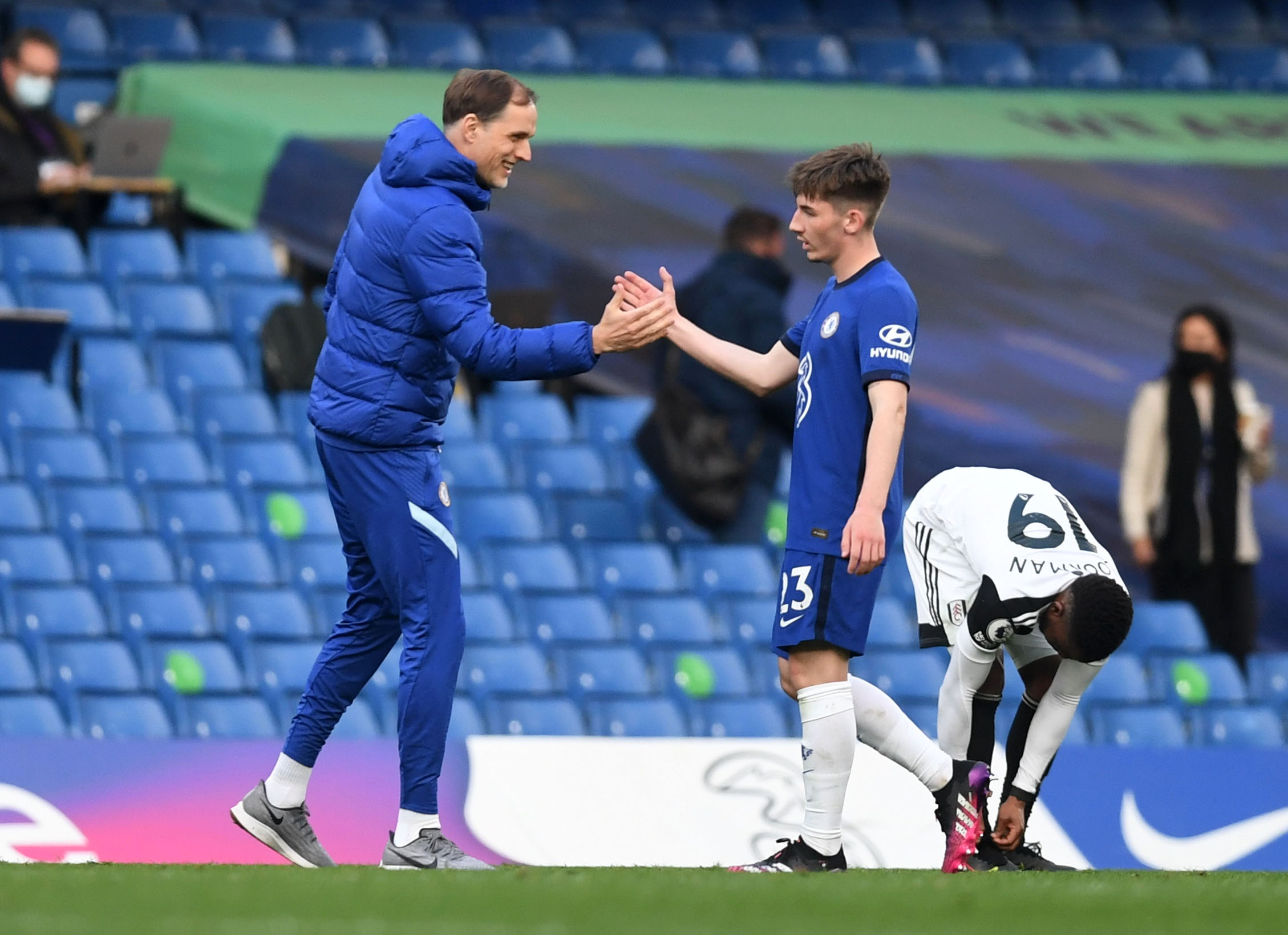 Tuchel gave Billy Gilmour a run out and he didn’t disappointCredit: Reuters

Havertz’s shot was straight at the keeper but possessed the momentum to remain on course and bounce into the net as Alphonse Areola looked back in despair.

Fulham’s keeper looked a happier chap when he pulled off a superb instinctive save to deny Hakim Ziyech on 39 minutes.

Brighton’s 2-0 win over Leeds earlier in the afternoon did not help Fulham’s increasingly grim situation as time and games run out on their survival battle.

Albion’s victory left the visitors to Stamford Bridge nine points adrift of safety behind Newcastle and the outlook is not looking good. 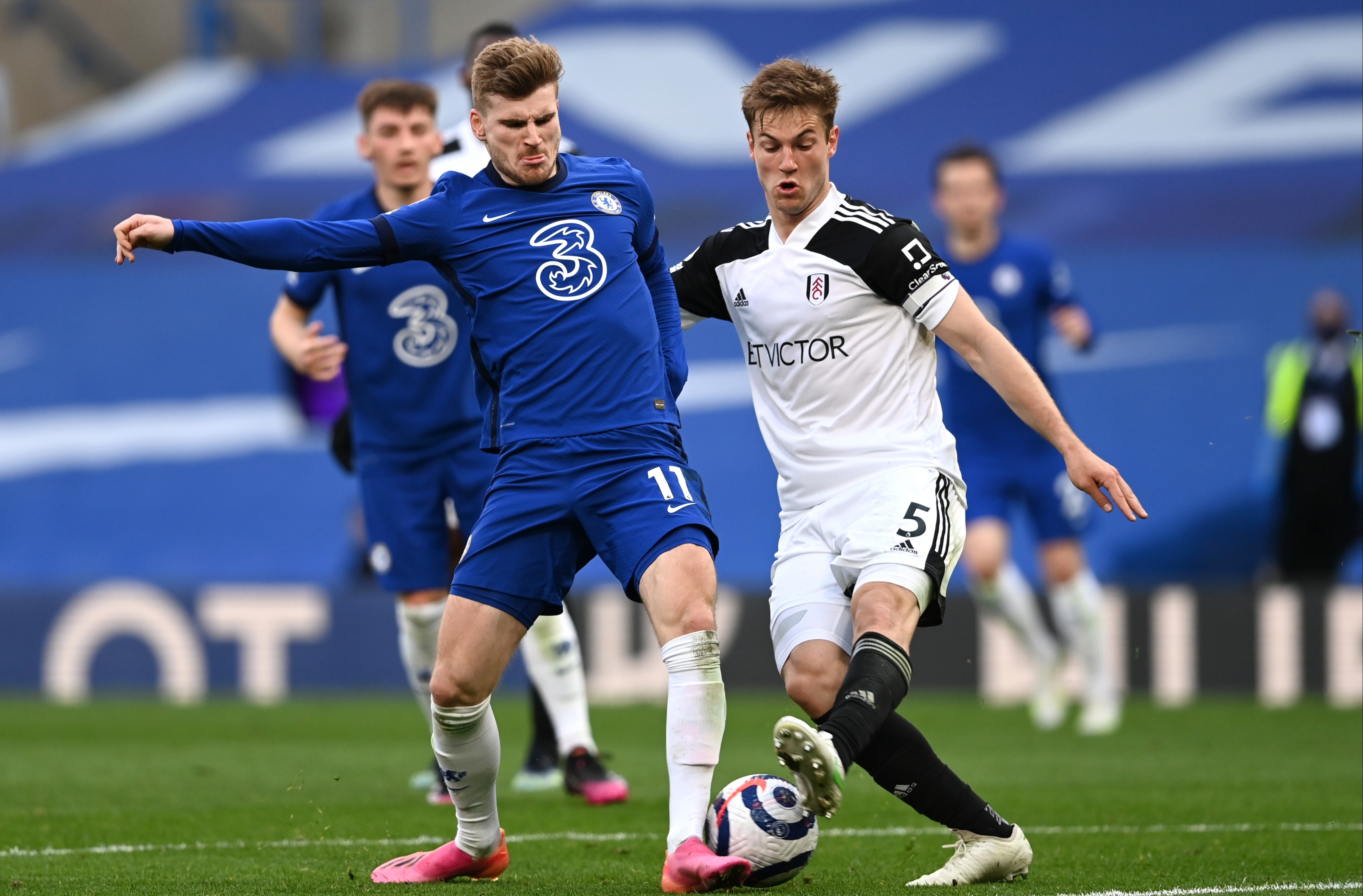 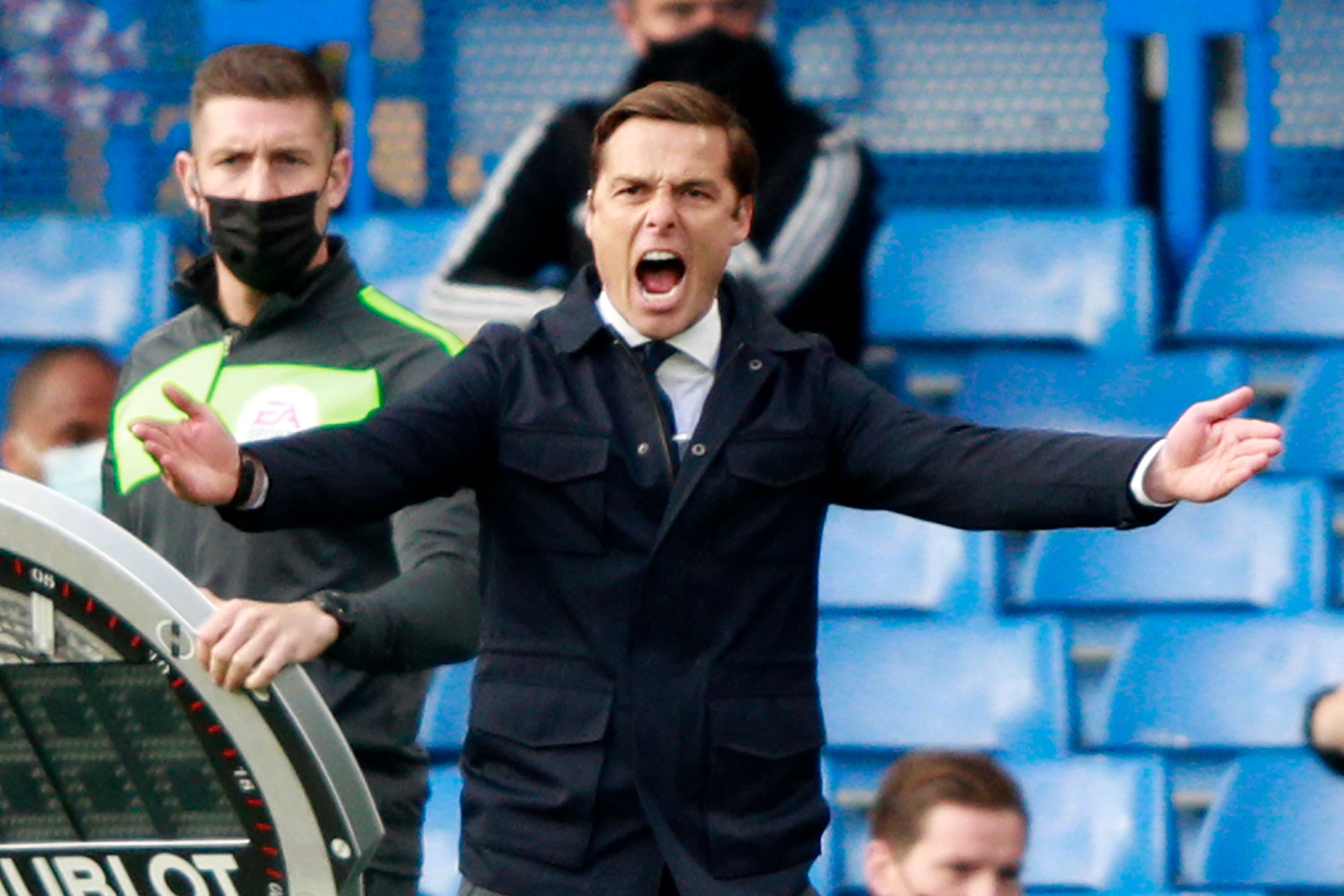 Scott Parker asked his side for more – but they were toothless up topCredit: AFP

It should have been the spark for an avalanche of s**t-or-bust attacks with nothing to lose but Fulham do not play that way under Scott Parker and nor do they need to.

They work the ball nicely, too nicely perhaps for a team in such dire straits, and they do not score enough.

Only the already relegated Sheffield United have scored fewer goals than them this season.

They came close up the road from their home ground on Saturday. Aina’s fearsome shot ricocheted past the goal on the stroke of half time.

Ademola Lookman threw his hands aloft in frustration when an equally penetrating drive at goal was brilliantly saved by Edouard Mendy with a stunning one-handed stop on the ground.

Havertz made it 2-0 four minutes into the second half from an interchange with Tmo Werner, one German who should be pulling his hair out at the moment.

Several times the £47million striker was either too slow, too distracted or not clinical enough to tuck away the chances which came his way. 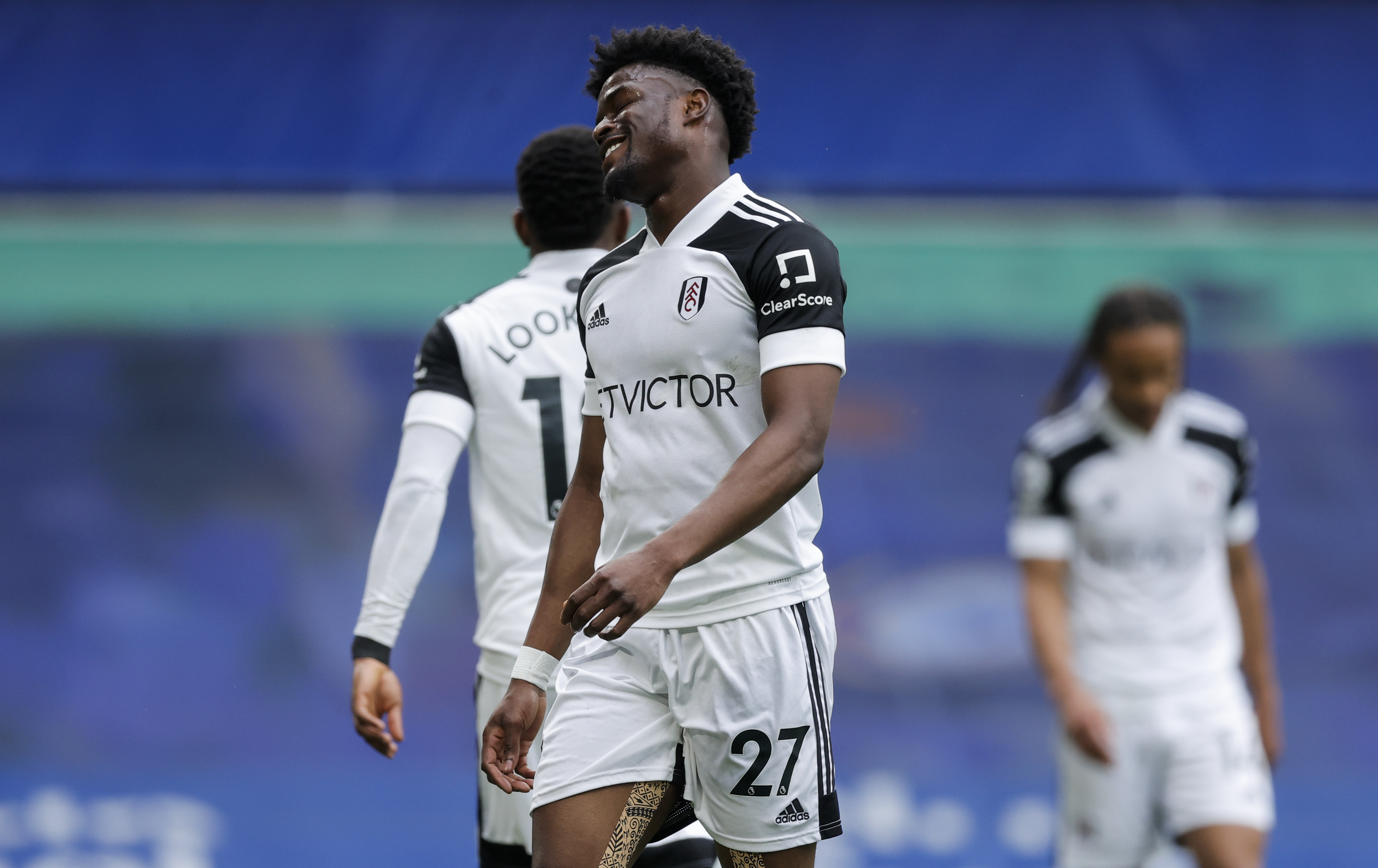 Fulham striker Josh Maja barely had a sniffCredit: Guardian News & Media / Free to use by all titles in perpetuity under NMC agreement

He was at least focussed enough to work the one-two with Havertz that provided the second goal – receiving the ball on the edge of the box and slotting an angled pass straight into the path of Havertz to bury the ball from eights yards out.

Only a last-ditch tackle from Tosin Adorabioyo stopped Havertz grabbing a hat-trick.

The second goal knocked the stuffing out of Fulham who are sliding towards the Championship in spite of playing some of the most attractive football in the division.

Relaxed Tuchel was able to start chopping and changing his players midway through the second half in preparation for Wednesday’s big night against Madrid, with key midfielder Mount withdrawn on 66 minutes to make way for striker Tammy Abraham.

Chelsea v Fulham as it happened