MANCHESTER CITY will have to without Chloe Kelly in their title deciding clash against West Ham this weekend after she picked up a knee injury.

The England striker suffered an anterior cruciate ligament (ACL) injury to her right knee in City’s 4-0 win over Birmingham on Sunday. 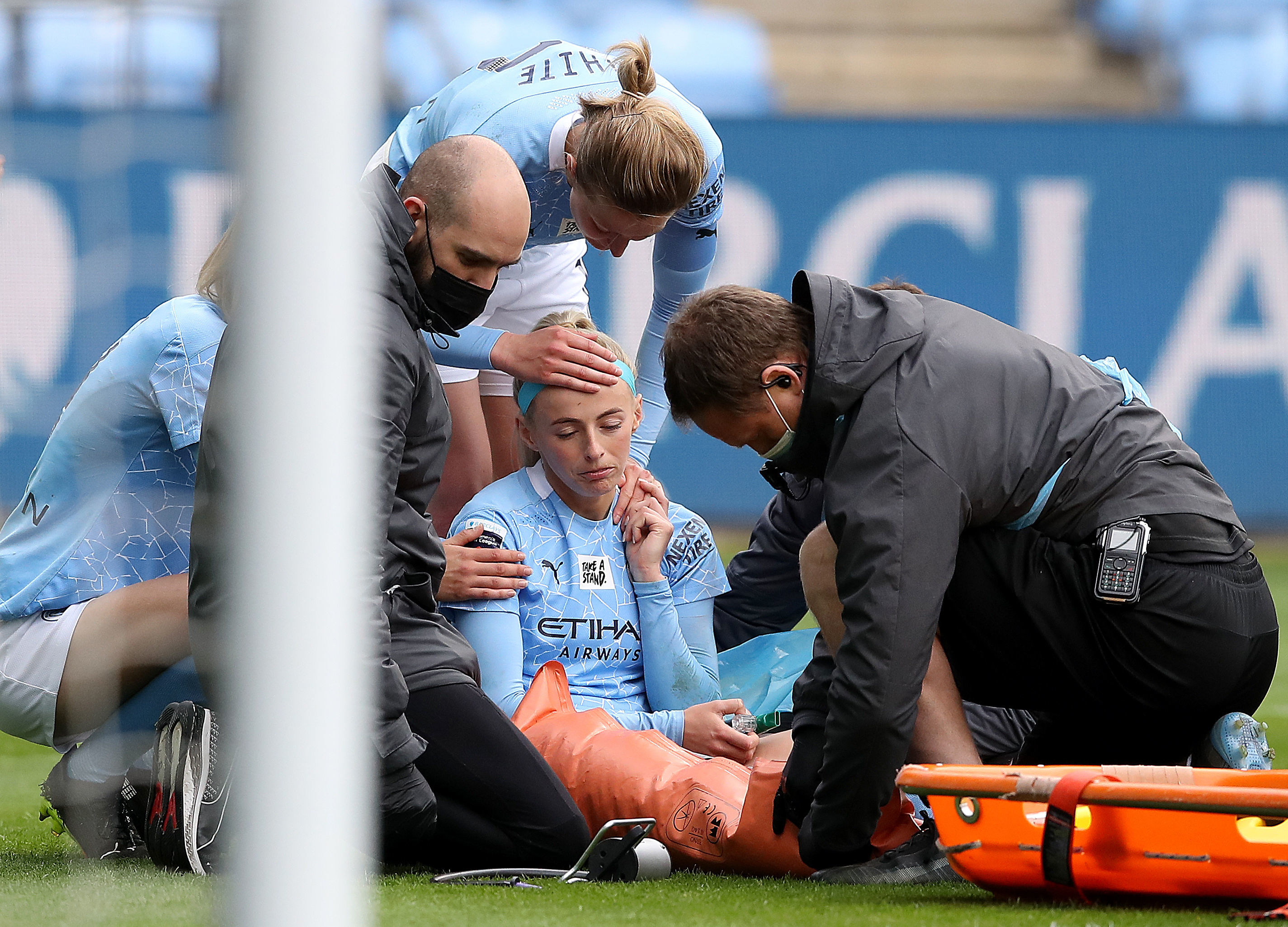 A devastated Kelly will miss the rest of City’s seasonCredit: PA 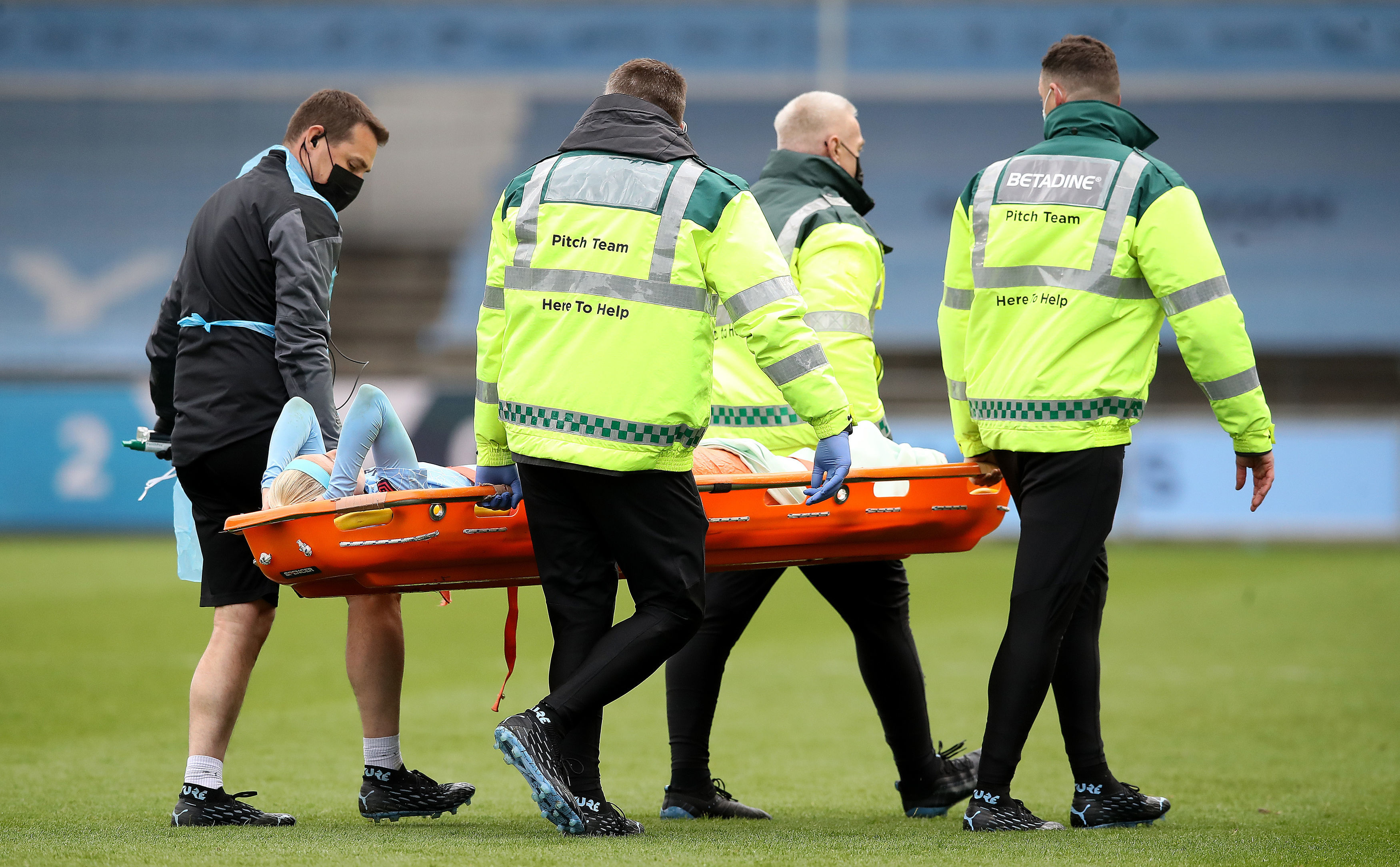 She went off injured in City’s 4-0 win over BirminghamCredit: PA

The 23-year-old scored twice in the game before a second-half collision with Blues defender Rebecca Holloway saw her leave the field on a stretcher.

After a nail-biting wait to see the extent of the damage, City have now revealed that Kelly will be out of action for a lengthy period.

They shared the devastating blow on Twitter and also wished Kelly a speedy recovery.

The club statement read: “Chloe Kelly is set for an extended spell on the sidelines after suffering an ACL injury to her right knee in Sunday’s Barclays FA Women’s Super League fixture against Birmingham City.

“Everyone at City wishes Chloe all the best in her recovery and will give her all the support she requires.”

Her Lioness team-mate and Chelsea rival Fran Kirby was gutted by the news and also wished her well.

She wrote: “Absolutely gutted for you, You’ll be back and everyone’s with you.”

The pair and their respective teams are locked in a battle to lift the WSL trophy with only a point between them.

But the Blues who are fresh off their Champions League semi-final win, have a game in hand which could give them a slight edge.

And Kelly, who’s scored some important goals for Gareth Taylor’s side this season, presence will be missed as the race goes down to the wire. 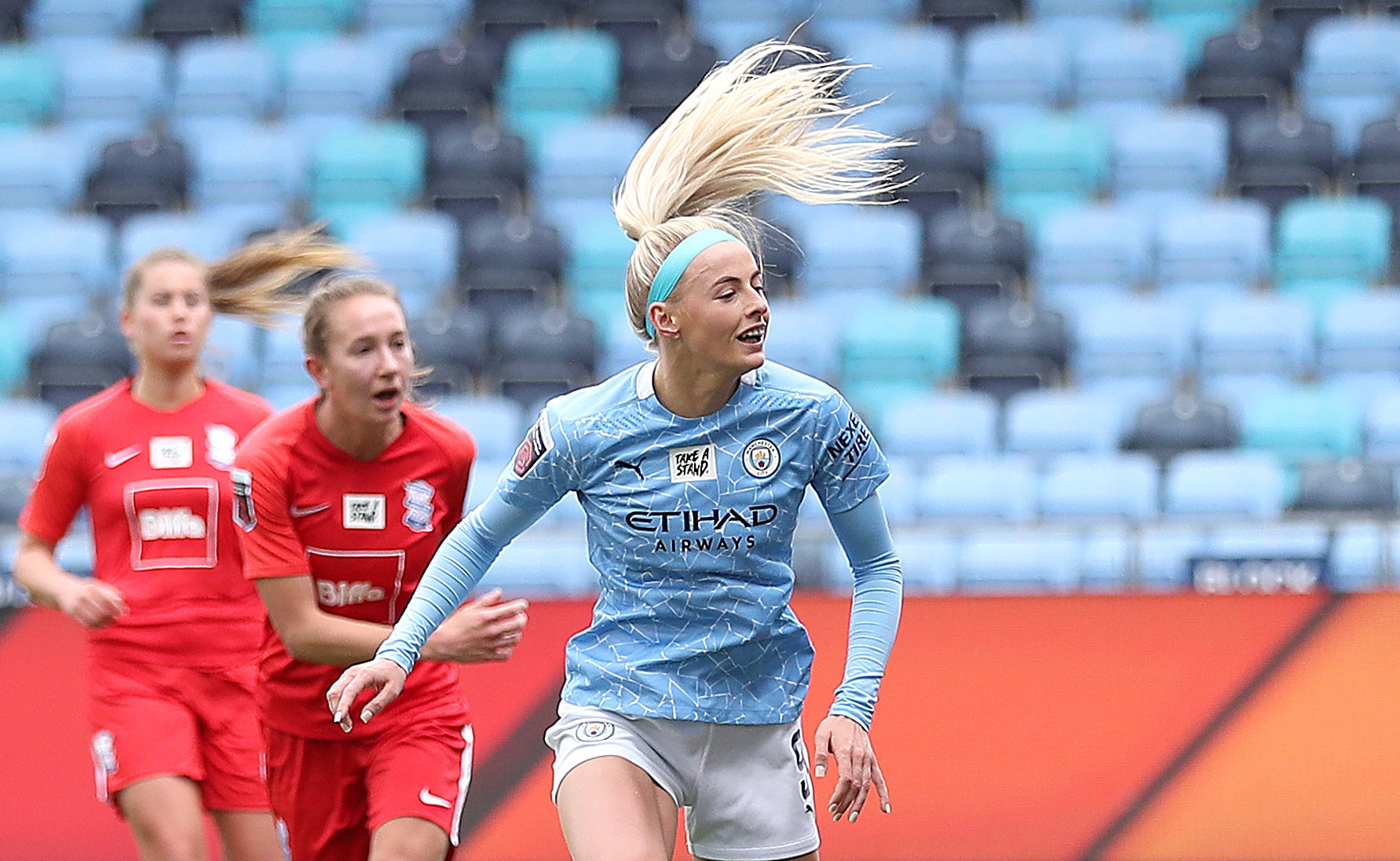 Kelly’s goals will be missed as City aim to lift the WSL title this weekendCredit: PA