CHELSEA will allow fans into board meetings from July 1 as they look to build bridges with supporters following the European Super League backlash.

Furious Blues fans gathered en masse outside Stamford Bridge prior to their clash against Brighton two weeks ago in protest against the hated competition. 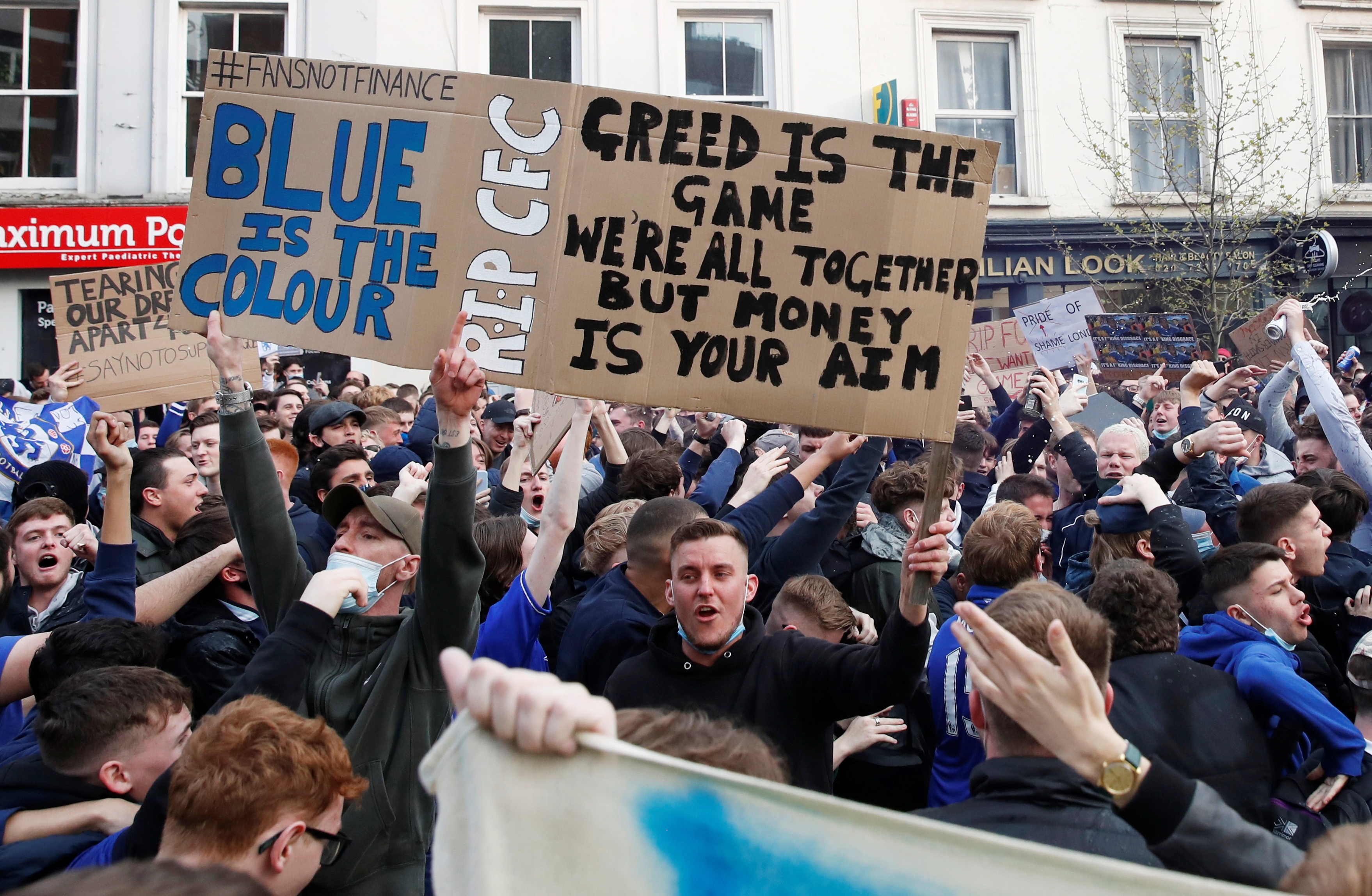 The West London outfit pulled out within 48 hours of the launch, with the club apologising for the farce before promising to engage with fans better in the future.

And Chelsea have now announced that three supporters – who will be picked through a selection and election process every season – will be allowed to attend four board meetings a year.

However fans will not be allowed to sit in on meetings that relate to ‘players, staff, the academy and related matters’.

A club statement read: “Chelsea Football Club announces that, as from July 1, there will be supporter presence at the Club’s board meetings.

“Three supporter advisors, picked through an election and selection process, will attend board meetings to ensure general supporter sentiment is considered as part of the Club’s decision-making process.

“The Club will now consult with the Fans’ Forum and several non-official supporter groups to discuss the Club’s proposed process for picking the three supporter advisors.

“Criteria for nominations as well as final selection will ensure that the supporter presence is representative of our supporter base generally and is inclusive and diverse.

“A new selection will be made before the start of each season.

“Further information regarding this consultation will be communicated directly to the Fans’ Forum and the other non-official supporters groups in the coming days.

“The successful candidates will be required to enter into a confidentiality agreement, similar in scope to the confidentiality obligations of a member of the Chelsea Football Club board of directors.

“This will allow the Club to discuss and seek advice on a broad range of matters.

“The supporter advisors will not have any voting rights and will not participate in any meetings relating to players, staff, the academy and related matters.

“Supporter advisors will attend approximately four meetings per year, and more if appropriate.

“If they complete the year successfully they will be entitled to select a UK registered charity to receive a contribution of £2,500 from the club.”