BAYER LEVERKUSEN lead Arsenal in the transfer race to sign Julian Draxler, according to reports.

The Paris Saint-Germain playmaker, 27, is out of contract in the summer and will therefore become a free agent at the end of the season. 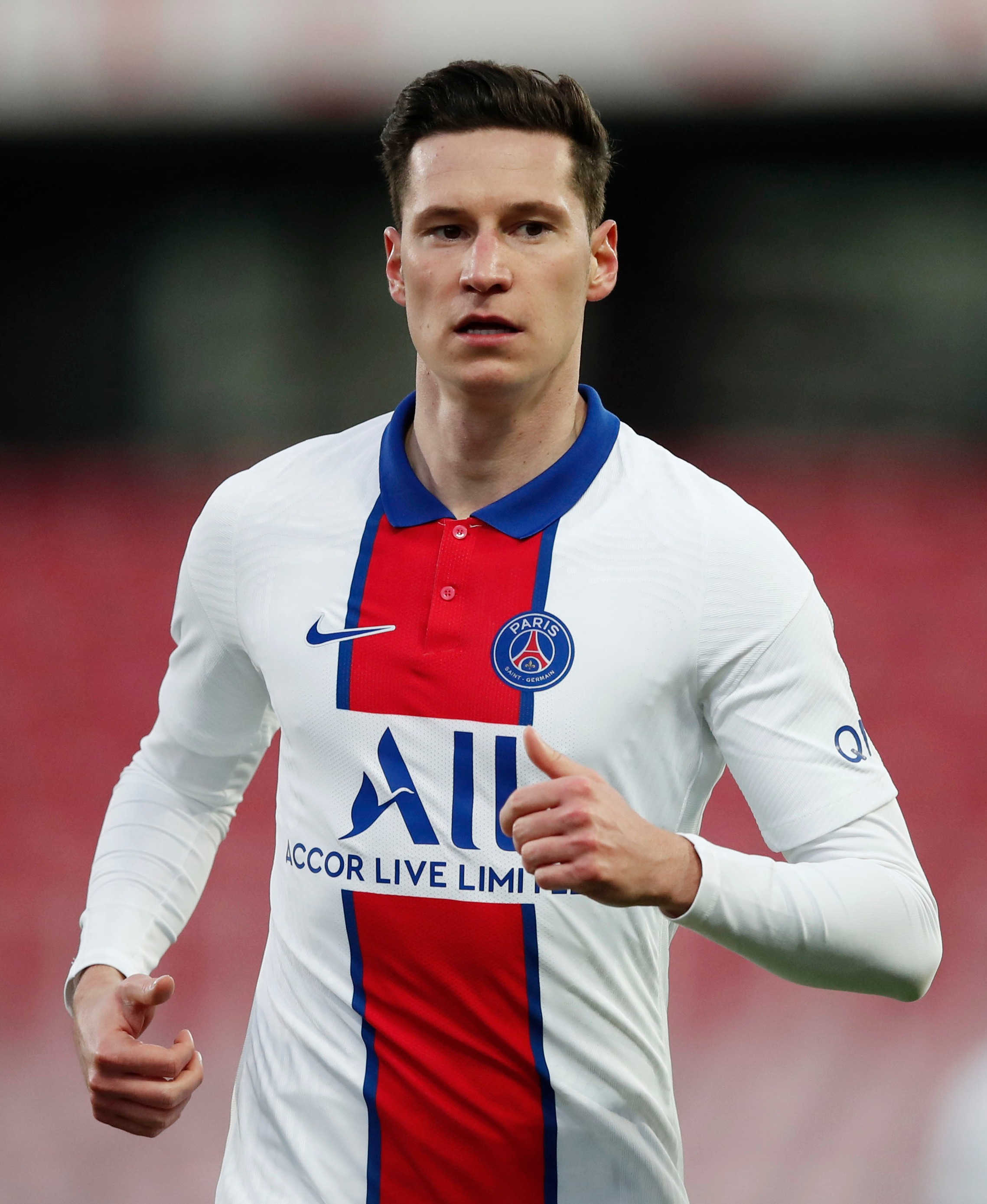 Julian Draxler is expected to head back to Germany this summer and join Bayer Leverkusen for freeCredit: Reuters

And Todofichajes state the Bundesliga side are the likeliest to land the German because he wants to return to his homeland.

He came through the youth ranks at Schalke to make his first-team debut aged 17 then had a spell at Wolfsburg before joining PSG in 2017, winning three Ligue 1 titles.

The 56-cap Germany international also has seven goals for Die Mannschaft and lifted the World Cup in 2014 under Joachim Low.

Draxler also has reservations about making the switch to Arsenal.

He would be concerned about how much playing time he would get under Mikel Arteta at the Emirates.

The Gunners have youngsters Emile Smith Rowe and Bukayo Saka in form, Martin Odegaard could join permanently while Willian and Nicolas Pepe have hit purple patches.

The report adds Bayer have tracked Draxler for a while and now appear close to landing their target.

Due to the lack of transfer fee, Leverkusen will also make him one of their top earners.

Draxler was linked with Leeds during the January transfer window but ended up staying put at the Parc des Princes.

In a season hit with injury woes and up against some of the world’s best players in competition for places, he has managed 20 appearances in all competitions, scoring three.

But he was given a rare start in the 1-1 draw with Barcelona on Wednesday night as PSG booked their place in the Champions League quarter-finals.

He was replaced just before the hour mark by fit-again Angel Di Maria.