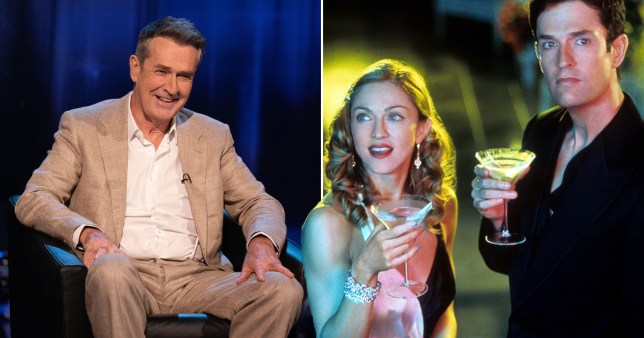 Rupert got in trouble with Madonna after speaking out against her in his book (Picture: Rex)

Rupert Everett has brushed off his public feud with Madonna on Piers Morgan’s Life Stories – insisting he ‘meant it as a compliment’ when he branded the singer a ‘screechy barmaid’.

The 61-year-old actor fell out with the Hollywood singer, 62, back in 2001 after their film together, The Next Best Thing, flopped at the box office.

He later made comments against her in his 2006 autobiography, Red Carpets and Other Banana Skins, against her.

But talking to Piers Morgan, Rupert – who also speaks about his affair with Paula Yates while she was married to Bob Geldof – insisted that he wasn’t meant to be offensive.

‘I thought I was opinionated. You take it to a whole new level,’ Piers tells him. ‘Rupert Everett, how did you describe Madonna? Can you remember?’ 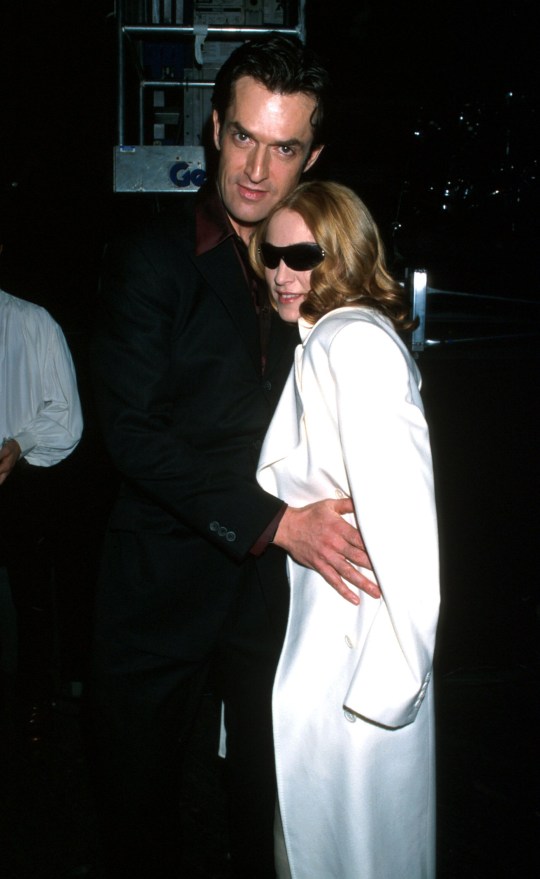 The pair appeared in The Next Big Thing together (Picture: Rex)

‘You didn’t finish there, hang on, you called her “an old whiny barmaid, a curious little thing. Satan and a She-man”.

‘And you appeared surprised that it put a little fraguar over your relationship.’

‘The whiny old barmaid was meant to be a compliment,’ Rupert then laughed. ‘The thing about Madonna, when she was very young, was she can’t talk like that [whiny voice] half the time, and she really got guys like that. 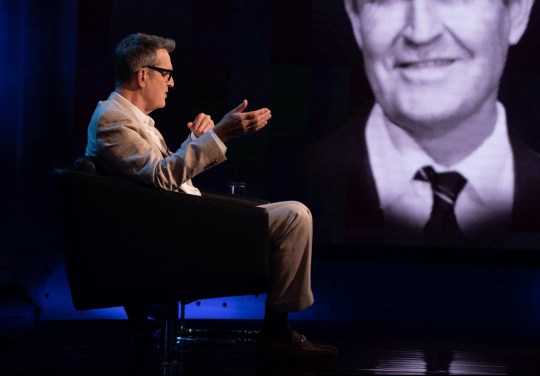 Rupert opens up on his life in Piers Morgan’s Life Stories (Picture: Rex)

‘She was really charming. That wasn’t meant to be rude actually.’

In Red Carpets and Other Banana Skins, Rupert recalled working with Madonna on set, at one point writing: ‘Sometimes, in moments of stress, she had power cuts and the old whiny barmaid came screaming out of the defrosting cold room.’

But speaking to Lorraine last year, he seemed to have buried the hatchet with the music legend and said: ‘I’m a great admirer of hers as a person, I think she as well is an amazing woman

‘And where tenacity has taken her is unbelievable, and so I have great respect for her.’