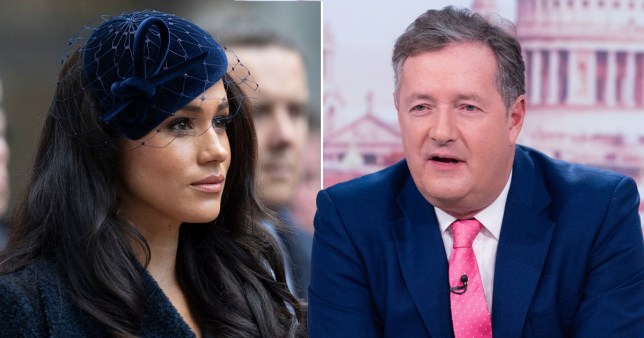 The duchess lodged a complaint with Ofcom after complaining to ITV (Picture: REX)

Former Good Morning Britain presenter Piers Morgan has lashed out following the news that Meghan Markle has lodged a complaint with Ofcom after his controversial comments on her and Prince Harry’s interview with Oprah Winfrey.

During the Duchess of Sussex’s recent chat with media mogul Oprah, she opened up about how the pressures of being in the royal family affected her mental health, revealing that she suffered suicidal thoughts.

Earlier this week before he quit GMB, Piers expressed his disbelief on the ITV talk show over her revelations, prompting widespread backlash including a ‘disappointed’ statement from mental health charity Mind.

Meghan complained to ITV about his remarks, with her complaint understood to have been focused on how his views could impact the mental health of others.

It has since emerged that the duchess has also filed a complaint with Ofcom, with a spokesperson for the communications regulator saying in a statement to Metro.co.uk: ‘We can confirm receipt of a standards complaint made on behalf of the Duchess of Sussex.’

Piers reacted to the news on social media, tweeting: ‘Where do I get to complain about all the shameful lies/smears in their interview & the terrible damage they’ve done to the Queen’s mental health as her 99-yr-old husband spends his fourth week in hospital?’

After 41,000 people complained to Ofcom about Piers’ comments on Meghan, the Life Stories host quit GMB.

In a statement, ITV said: ‘Following discussions with ITV, Piers Morgan has decided now is the time to leave Good Morning Britain.

‘ITV has accepted this decision and has nothing further to add.’

It was later reported that the broadcaster quit after refusing to apologise on-air about what he had said regarding the duchess. 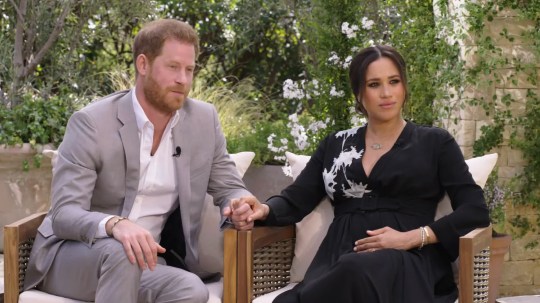 The events leading up to Piers’ exit from GMB also saw him clash with fellow presenter Alex Beresford, with Piers storming off after Alex said of Meghan: ‘She’s entitled to cut you off if she wants to. Has she said anything about you since she cut you off? I don’t think she has but yet you continue to trash her.’

Robert Rinder, on the other hand, is said to be one of the favourites to replace Piers on GMB.

Meghan Markle and Prince Harry have spoken to Oprah Winfrey in a bombshell interview about their decision to step back as senior working members of the Royal Family.

Here are the key points from the interview, which UK viewers can watch at 9pm on ITV on Monday, March 8.