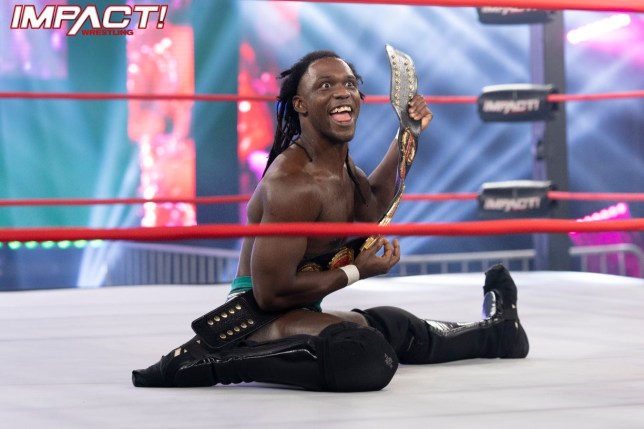 Tonight, IMPACT Wrestling looks to continue its great track record with another monthly IMPACT Plus special – Sacrifice 2021 is almost upon us.

The promotion has been building steam for years now, and its recent dealings with All Elite Wrestling (AEW) have taken things to another level.

For a long time, IMPACT fans have been urging others not to sleep on this company due to its past, and tonight’s event will be further proof of their growth as they showcase a strong, hungry and exciting roster of talent.

It’s a stacked card as ever, and an historic main event with Moose and Rich Swann battling it out to unify their respective TNA and IMPACT world titles before moving onto a date with AEW World Champion Kenny Omega next month.

When is IMPACT Wrestling Sacrifice 2021?

IMPACT Wrestling Sacrifice takes place tonight (March 13) with all the action kicking off at 1am for fans in the UK.

How can you watch IMPACT Wrestling Sacrifice 2021?

For fans around the world, Sacrifice is available direct through the IMPACT Plus app.

There’s plenty to sink your teeth into here, with championship clashes, grudge matches and even a main event with All Elite Wrestling (AEW) implications.

What can you expect from IMPACT Wrestling Sacrifice 2021? Who will face Kenny Omega at Rebellion

It’s important to note – this is far from a one match or one moment show.

The Knockouts will shine in two huge title matches, while Brian Myers and Eddie Edwards should put on a great display with a stipulation allowing for plenty of shenanigans.

Throw in the title matches across the board with the X-Division and tag titles both on the line, and the latter sees two companies clashing as FinJuice look to make an impact – pun shamelessly intended – with the Good Brothers standing in there way.

That said, the main event is what will be drawing the wrestling world in here, with major implications which will be felt over in AEW in the coming weeks.

As announced last week, the winner of tonight’s epic title unification between Moose and Rich Swann will go onto defend their gold against Kenny Omega himself.

To make things even more intriguing, that match at Rebellion will see both companies’ world championships on the line.