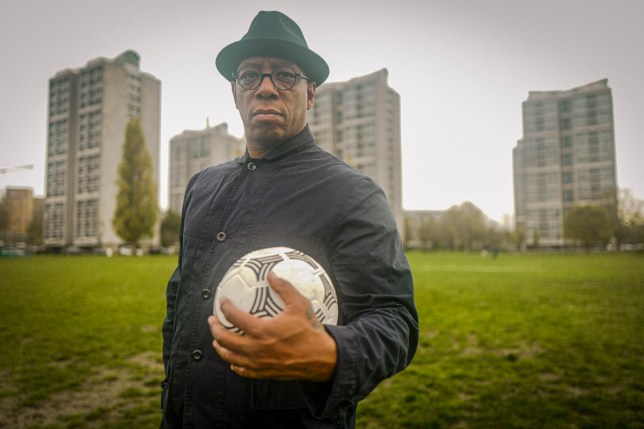 Ian opened up about his experiences in the emotional new documentary (Picture: BBC)

Ian Wright broke down in tears as he recalled horrifying domestic abuse he and his family suffered while he was a child in a shocking new documentary.

‘I remember my step-dad hitting my mum. I remember that,’ he said in the show, recounting the violence he lived with as a child.

‘I was so scared of what he might do to her. My mum, me and my older brother Maurice, we all lived in constant fear.’

The documentary sees Ian speak to his brother Maurice about how they coped in distressing circumstances, as well as meeting families who have been affected by domestic abuse.

In upsetting scenes, Maurice recounted the times their step-dad ‘beat up’ their mum, and how he attempted to cover Ian’s ears to try and stop him hearing the violence. 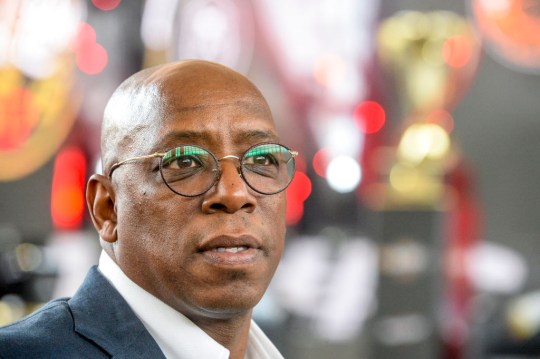 ‘What you did through that time, I can’t thank you enough,’ Ian said to Maurice in the film.

In one distressing sequence, Ian recalled the time his mother had a cut under her eye after being punched.

‘I remember the time he grabbed my mum’s neck, because she was so small. It made me so helpless to see her so helpless. She was trying to say “sorry” while he had his hand round her throat.’

‘My step-dad left our home when I was a teenager and we didn’t stay in touch,’ Ian went on to say. ‘My mum is now too unwell and frail to take part in this film. But she supports me in trying to find a way of making peace with what happened to her and what happened to me.’ 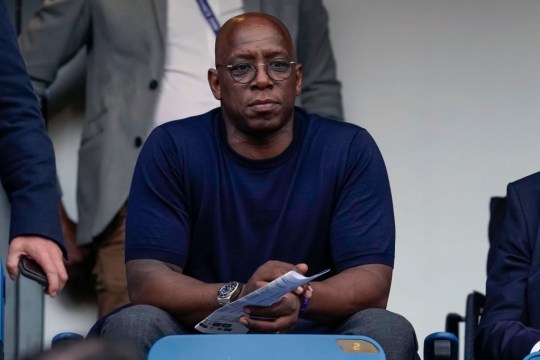 The Arsenal legend headed back to his childhood home in Brockley for the first time since 1973 to confront his painful past.

The 57-year-old burst into tears when the memories came flooding back, describing the treatment he received as ‘torture’.

Ian spoke about his love of Match of Day as a child – the show which he now regularly appears as a pundit on. However, he revealed how his step-dad used to make him turn away from the TV when it was on and stare at the wall ‘just because he could’.

Ian also said that his mother took her suffering out on him, saying that ‘she regularly beat me’ and told him that ‘she wished she had terminated’ him. 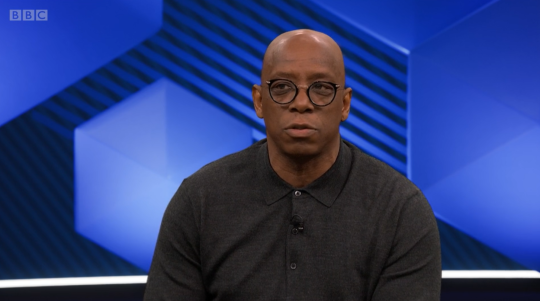 Ian Wright is a regular pundit on Match of the Day (Picture: BBC)

The documentary sees Ian discuss things with a therapist and also meet with other people who have experienced domestic abuse who are pushing for change.

One of the people he spoke to, journalist and presenter Charlie Webster, is campaigning for changes to the law concerning children suffering from domestic abuse.

Ian said: ‘One in every five children experience some kind of abuse before the age of 16. It’s outrageous that at the moment the laws around domestic abuse don’t acknowledge the impact on children.’

The footballer also spoke about his inspirational teacher Mr Pigden, who he credits with changing his life, and went back to the primary school where he first met him for the film.

If you are in immediate danger call 999. If you cannot talk, dial 55 and the operator will respond.

For free and confidential advice and support for women in London affected by abuse, you can call Solace on 0808 802 5565 or email [email protected]

Ian Wright: Home Truths airs on May 6 at 9pm on BBC One.