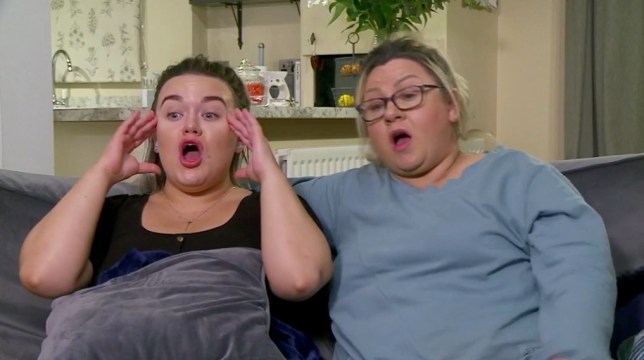 Paige and Sally scream as the latest episode of Line of Duty ends (Picture: Channel 4)

The stars of Channel 4’s Gogglebox were absolutely beside themselves with frustration as they watched episode four of Line of Duty series six unfold, screaming at their tellies over the mystery of Jo Davidson’s blood relative.

In the closing scene of last week’s Line of Duty, Steve Arnott (Martin Compston) and Chloe Bishop (Shalom Brune-Franklin) presented AC-12 boss Ted Hastings (Adrian Dunbar) with a document that showed the identity of an unknown individual who Jo Davidson (Kelly Macdonald) is related to.

Just before viewers had a chance to see who Hastings was looking at in the document, the credits began rolling, meaning that they have to wait a week to find out if their guesses are correct over who the relative might be.

While watching the scene on the latest instalment of Gogglebox, the stars of the show were gripped, with honorary Line of Duty detective Jenny Newby holding tight onto her notebook as she and Lee Riley tried to bend their necks to look at the face on the document.

‘I can feel a “Mother of God” coming on,’ Izzi Warner said, exclaiming: ‘I told you!’ as Hastings uttered the iconic phrase.

Then, as the episode cut out, Paige Deville and her mother Sally Hayward yelled out: ‘No!’ 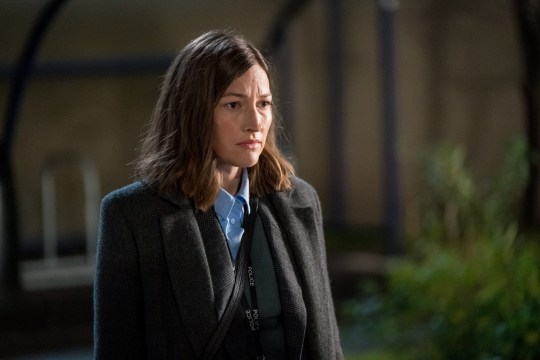 Will all be revealed about Jo Davidson in episode five? (Picture: BBC/World Productions/Steffan Hill)

‘Got to wait another bloody week now!’ Ellie Warner remarked with dismay, as her sister Izzi shouted: ‘I can’t cope!’

However, Stephen Webb wasn’t quite as taken with the drama.

‘To tell you the truth, I’m not still quite following it,’ he admitted. ‘There’s too much information to take in. I have to watch an episode twice.’ 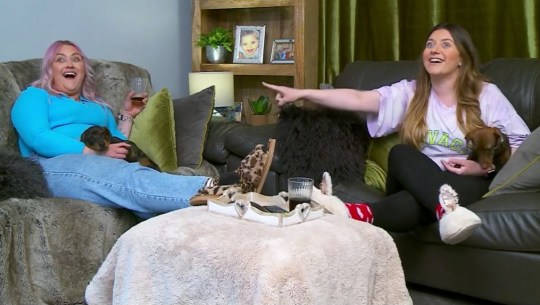 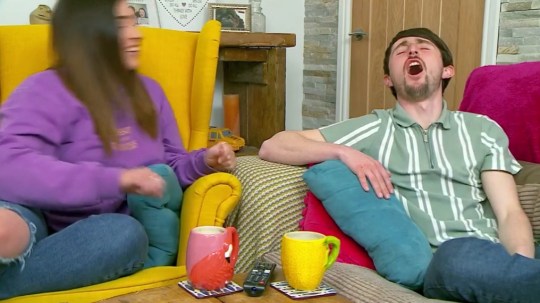 Earlier this week, Line of Duty star Martin drove fans wild as he teased that there’s ‘only one credible explanation’ as to Jo’s relative.

Earlier this week, Prime Minister Boris Johnson and Sir Keir Starmer referenced AC-12 and their mission to bring down bent coppers while going up against each other in Prime Minister’s Questions.

‘The more I listen to the Prime Minister the more I think that Ted Hastings and AC-12 are needed to get to the bottom of this one,’ the Labour leader said, suggesting that the stars of the BBC series should be brought in to ‘get to the bottom’ of ‘government sleaze’.

‘That why we’re putting in an independent review, that’s why we have tougher laws on lobbying…,’ Boris replied, adding: ‘Yes we are getting on with rooting out bent coppers.’

Line of Duty actor Adrian reacted to the moment during his debut on Have I Got News For You, stating: ‘Very good there, Boris…’, with a deadpan expression on his face

Gogglebox returns next Friday at 9pm on Channel 4.