EMMERDALE fans were left cringing over Faith Dingle and Bear Wolf’s flirting as she schemed to make her ex Eric jealous.

Brenda also tried to turn on the charm for Eric in front of Faith to mark her territory – and fans were horrified. 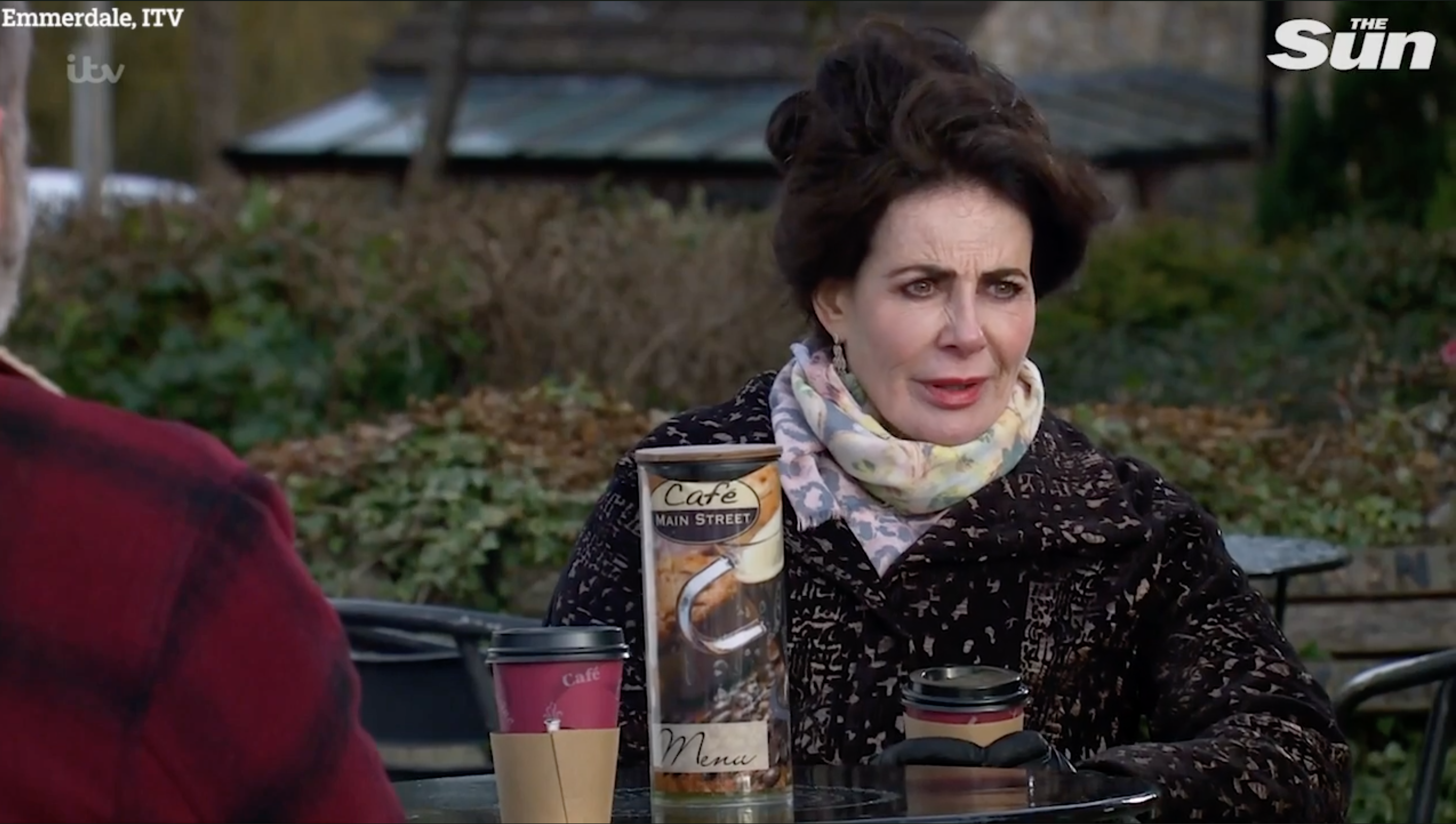 Faith Dingle has a chat with Bear Wolf outside the cafe

Viewers know that Faith has had her sights set on her ex Eric ever since she returned to the village earlier this year.

And in tonight’s episode, Faith continued on her mission to turn Eric’s attentions away from his lover Brenda.

Faith was looking bored stiff outside the cafe as Bear spoke about ‘parabolic leaf springs’ and heading to reclamation yards to find materials to revamp her hearse.

But when she saw Brenda and Eric approaching, Faith began howling with laughter.

“Oh stop it you. They’ll ask you to leave,” she said to Bear. 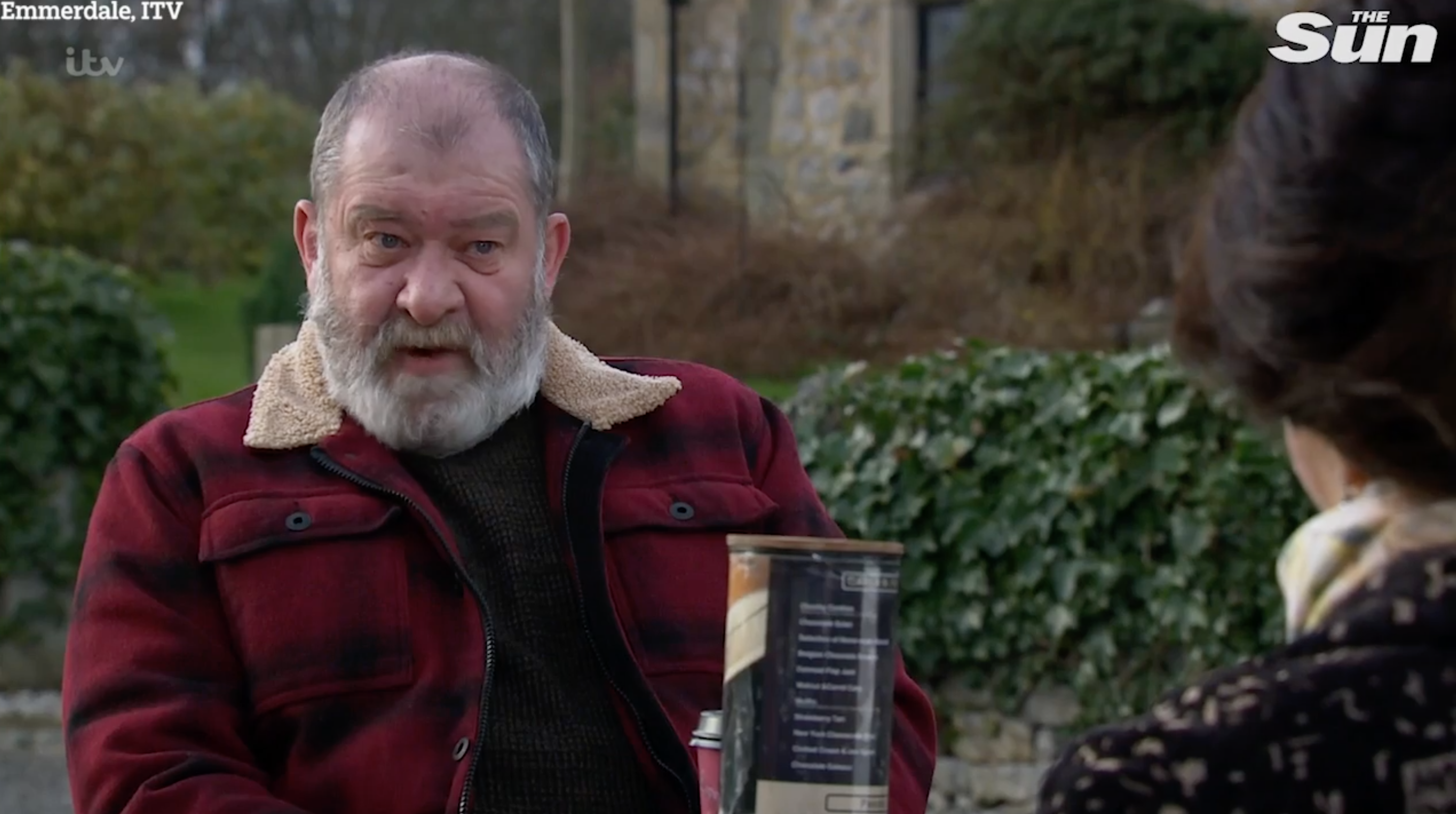 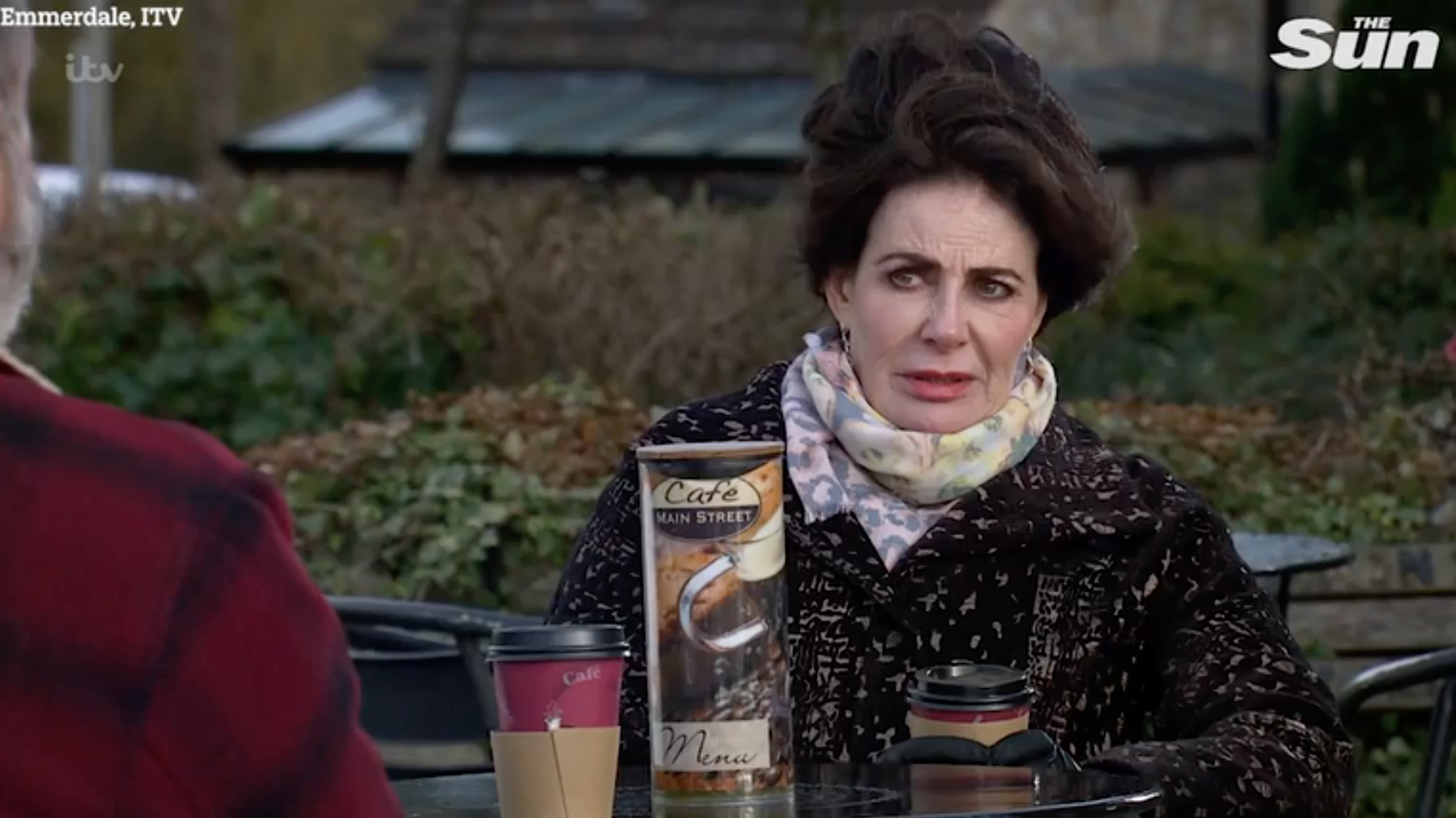 She was trying to make her ex Eric jealous

Brenda and Eric stopped in their tracks as they listened to Faith’s laughter.

“Has she got a feather in her knickers or something?” Brenda asked Eric.

A sheepish looking Eric then suggested getting a bite to eat at home instead of heading to the cafe.

“Fine. We’ll go back to yours and I’ll see if I can rustle you up something special. It’s about time I spoiled you,” Brenda said to Eric, putting on a show for Faith.

Brenda agreed, looking over at Faith and saying: “Why have a burger when you’ve got steak at home.”

Faith looked disgruntled by Brenda’s comments as she and Eric walked off, and fans were left cringing by Brenda and Faith’s flirting attempts. 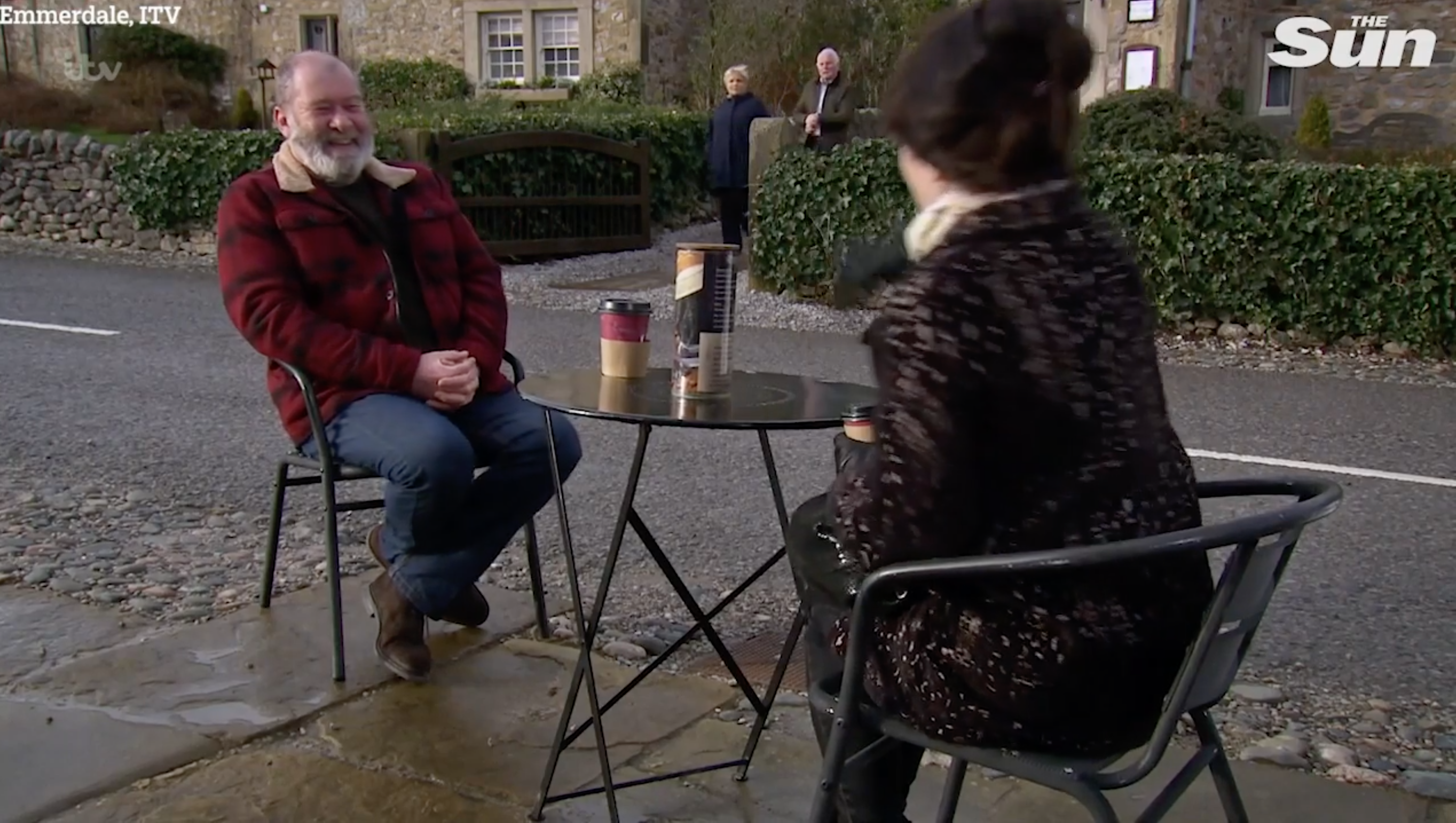 The pair made quite a scene for Brenda and Eric 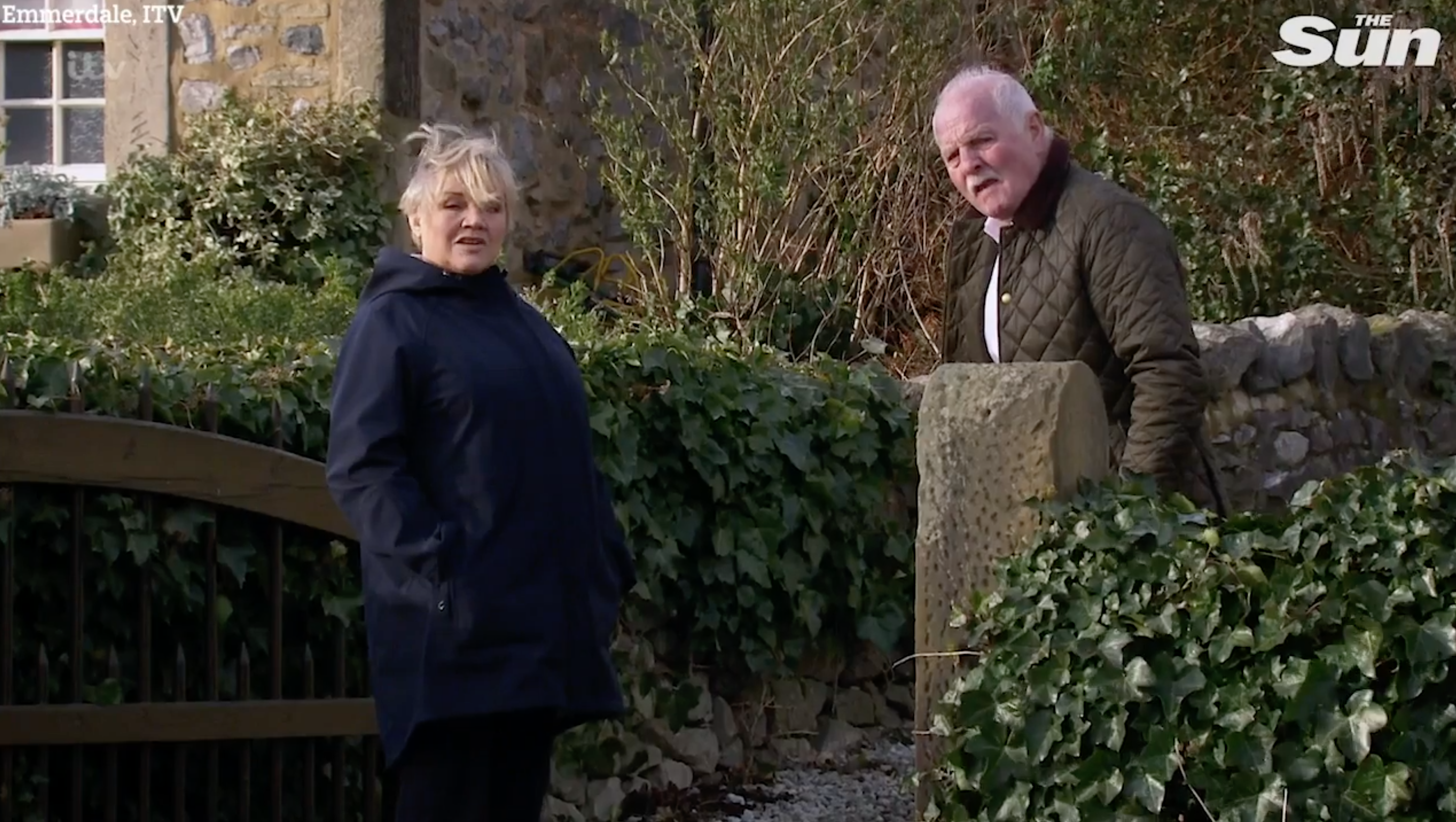 Eric suggested he and Brenda go home to hers instead 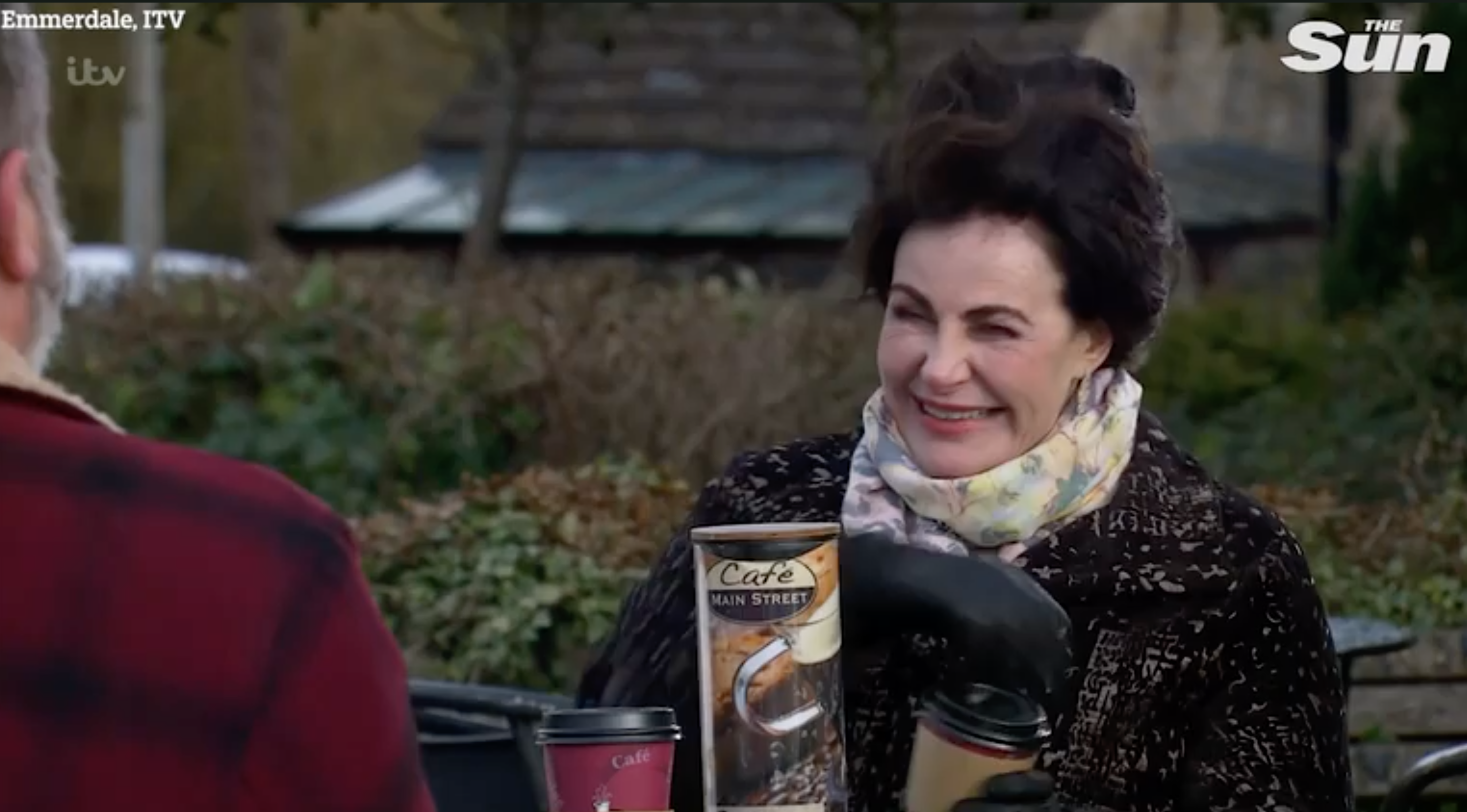 One tweeted: “There’s no need to be jealous of Eric Faith. You are better with Bear then you were with Eric. Don’t reignite something that won’t work #Emmerdale.”

Another added: “Poor Bear, Eric you ain’t. Someone is going to be brokenhearted. #emmerdale.”

A third chimed in:”Is Eric really more of a catch than Bear? #Emmerdale“