RuPaul’s Drag Race UK star Tia Kofi has recalled finding it ‘tough’ watching the confessionals during the early episodes of series two before her moving heart-to-heart with fellow competitor A’Whora.

On Thursday evening, Tia became the latest queen to be told to ‘sashay away’ by RuPaul, having landed in the bottom two with Lawrence Chaney after the Snatch Game.

In episode four, Tia shared a heartfelt exchange with A’Whora, who she had previously been at odds with, with the pair burying the hatchet and bonding over gaining a greater understanding of each other.

While speaking to Metro.co.uk and other press after her elimination, Tia explained that watching the solo interviews conducted by queens in the early episodes of the series – before the moment in the Werk Room when she and A’Whora opened up to each other – was difficult.

‘It was tough to go back to the beginning of that relationship and see the unseen moments that I hadn’t sort of realised had been said in the confessionals and things like that, which of course works both ways,’ Tia said. 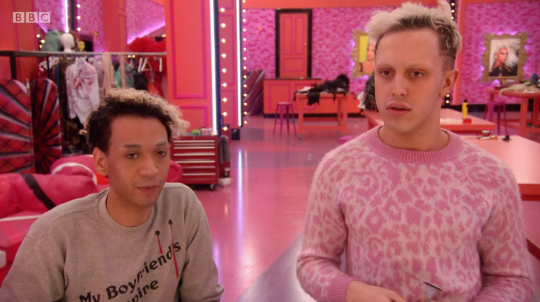 Tia Kofi and A’Whora forged a strong connection after their one-on-one (Picture: BBC)

‘But it was really nice that everyone got to watch that moment when we came together, because I think one of the most important messages is that we shouldn’t really judge a book by its cover.’

Tia emphasised that in her opinion, ‘everyone can learn’ from not making ‘assumptions’ about other people.

‘We all make judgments in our lives about other people that aren’t warranted and we don’t sort of think about what’s going on under the surface,’ she said.

‘Especially right now, [during the] “global panettone”, people are having a difficult time. So I think maybe rather than just accepting on face value what someone’s behaviour is or how they’re acting it might be, to quote Veronica Green, “worth looking a little deeper”.’ 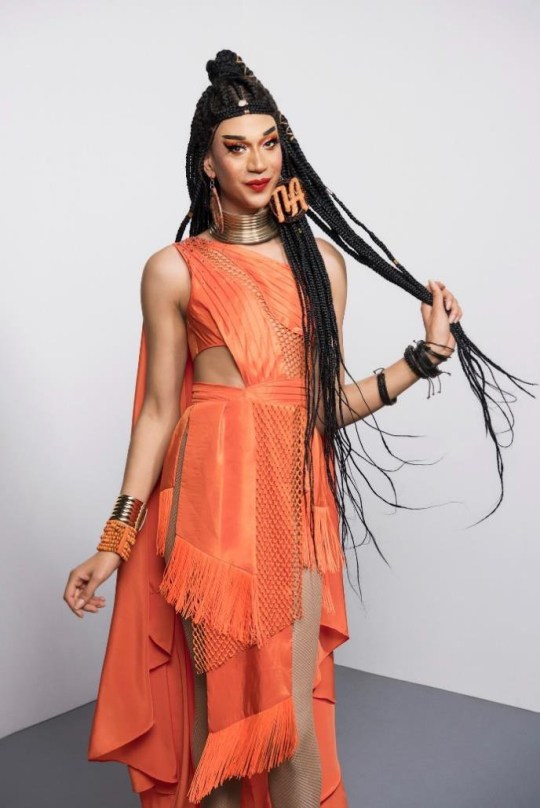 Tia has been in touch with Drag Race stars including Shea Couleé (Picture: Lizzi Morton/BBC)

Tia said that it did throw her ‘off guard’ when she watched some of the other queens ‘cracking out comments’ about her.

Nonetheless, the cast of series two are all in touch and have had ‘private moments’ to discuss things that have been said on screen, she added.

‘I think some people have sort of said their piece. Like, I know A’Whora posted tweets because I think she had a very hard time with the way people were speaking on social media about things,’ Tia said.

‘But I think everyone’s had that opportunity from our heart-to-heart in episode four to realise that there is a lot more to people than what initially meets the eye. So that’s been important. 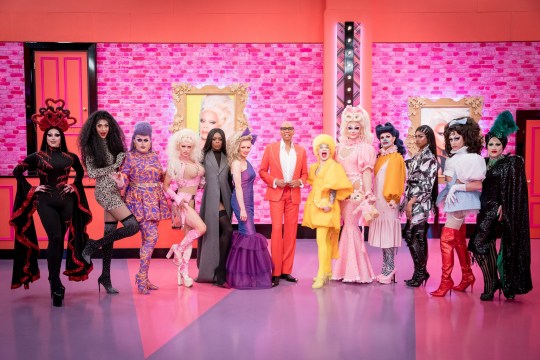 The cast of Drag Race UK are all still in touch with each other (Picture: BBC/World of Wonder/Guy Levy)

‘We’ve all stayed in touch and had chats about things. There have been comments that I’ve made on the show where I watched it and sent a message being like, “Hi just so you know, I didn’t mean that in that sort of way,” or like, “I hope you don’t think this.” So it has been good from that respect that we’ve privately had our moments and our chats about things.

‘But on the whole, apart from some of the earlier stuff, we’ve sort of all found it quite funny hearing some of the “sassy” remarks that people have made. It’s all in good fun.’

One of the most exciting aspects of being on Drag Race UK for Tia has been connecting with other Drag Race stars from across the globe, including All Stars season five winner Shea Couleé, Canada’s Drag Race winner Priyanka and Drag Race Holland star ChelseaBoy.

‘So to get these messages from people and all the support from absolute icons of Drag Race history, it’s just been absolutely incredible. You kind of have that moment of realisation of being like, “Oh, they are human people like me, so I can have a conversation on a level about everything, that we’ve kind of had a mutual experience of, and I love it.’

Looking back on her Drag Race experience on the whole, Tia added: ‘It’s so lovely to know that literally all over the globe, there are people who have had this sort of experience of being on Drag Race and you can kick back and kiki with them about it.’