Dr Pimple Popper has her work cut out for her with twin sisters who have matching giant ‘squirt gun’ cysts on their head.

In the latest episode of the surgical show, Stacie and Tracie head to Dr Sandra Lee to bed for help as both their heads are covered in pus-filled lumps that sometimes bursts without warning.

Stacie explains: ‘That’s my geyser, I got a squirt gun on top of my head.

‘I never let anyone touch my head because it’ll pop, and it has an horrendous smell to it.’

Tracie has also been left lacking confidence and in pain as wearing her hair up at work means a golf-ball sized lump is left exposed. She also can’t sleep properly in case she turns and rests on them.

As a result, they want their bumps removed together – and are even in each other’s operating rooms. 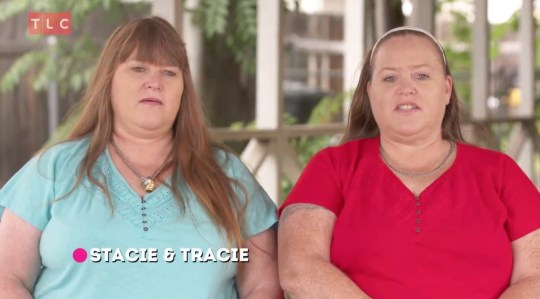 Stacie and Tracie have matching giant lumps on their head (Picture: TLC) 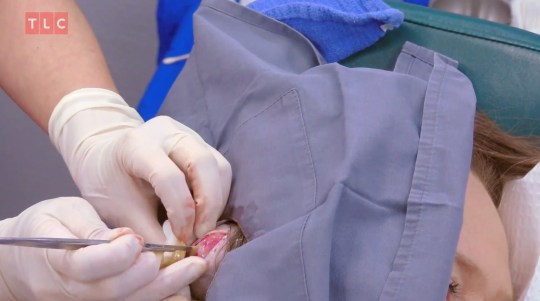 The giant lumps have been bothering them for 15 years (Picture: TLC)

Deducing that they are pilar cysts, Dr Lee wastes no time in getting to work on Tracie – whose lumps are more pronounced than her sisters.

Injecting her with anesthetic, the first cyst immediately explodes on the doctor, with sister Stacie squealing and saying the goo ‘looks like dijon mustard’.

Dr Lee, who is impossible to gross out, then jokes that the next one ‘has oatmeal in it’ as she gets covered in pus while slicing into the second lump. 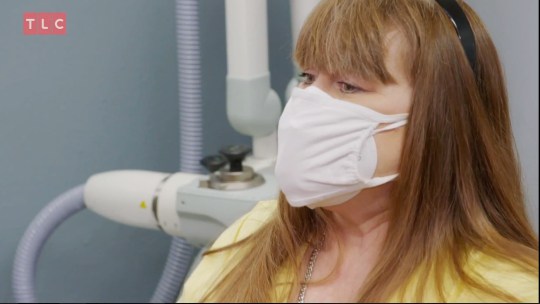 Stacie watches as Tracie gets her lumps removed (Picture: TLC)

Unfortunately, while Tracie’s lumps are removed easily (if a little messily), Stacie’s isn’t as easy to sort out.

‘I just got started with Stacie’s cysts and I can already see that there’s a problem,’ Dr Lee warns. ‘I think there is a lot of scar tissue here.’

Thankfully it works and Tracie jokes that so much is being removed from her head that ‘her brains are coming out’.

‘Stacie, I don’t know if you’re going to be as smart when she’s done with you,’ the encouraging sister said. 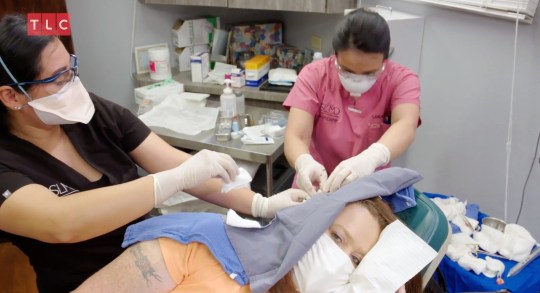 Dr Lee is coated in pus as she tries to remove the savage bumps (Picture: TLC)

But the final cyst is the most forceful, with a canon of pus exploding with such force its hits the wall of the operating theatre.

Dr Lee brushes it off and declares it to simply be ‘that kind of day’.

After leaving the clinic, the sisters are immediately changed, feeling their lives will now be better off as a result of their operation.

‘The embarrassing moments, people looking at me, not being able to wear my hair up, now that’s a weight lifted off of my shoulders which I don’t have to worry about anymore,’ Tracie said.

Dr Pimple Popper airs at 10pm on Thursdays on TLC, and streams on discovery+.

Adrian Dunbar reacts to Line of Duty being dragged into PMQs