Channing Tatum has revealed the real motivation being his gym workouts as he joked that it’s due to the fact he’s naked in so many of his films.

The Magic Mike star was a guest on Tuesday’s episode of The Kelly Clarkson Show when he took the chance to applauded Meg Boggs, a woman who inspires others through her journey to weight loss and self-love in the book, Fitness for Every Body.

Recalling the reason why he is always working out, the 41-year-old star told Kelly: ‘As someone who works out for a job, I promise you I would not look like this unless I had to be naked in most of my movies mostly.

‘At some point I have to get better at acting so I don’t have to be naked in all of them.’

The Dear John star then explained how fortune he felt that it’s his full-time job to look that good because he wouldn’t be as motivated if not.

Channing got candid about his admiration for people who seem to juggle it all as he stated: ‘I literally get to work out as a job and it’s still hard. 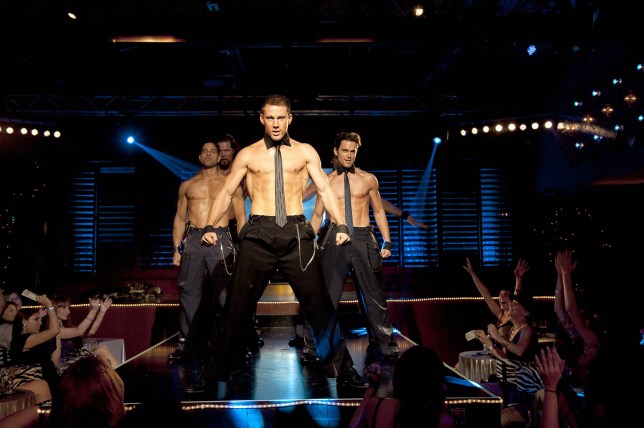 Channing Tatum says that he wouldn’t work out nearly as hard if he didn’t have to be naked in so many of his movies (Picture: Warner Bros/Kobal/REX)

‘I can’t imagine people who have a 9-5 job, who have kids at home, and where do they get the energy and the time to actually focus on themselves?’

Since he first appeared on the big screen in Step Up, fans have definitely seen a lot of Channing Tatum’s flesh over te years.

He famously showed off his physique in his male stripper film Magic Mike in 2012. 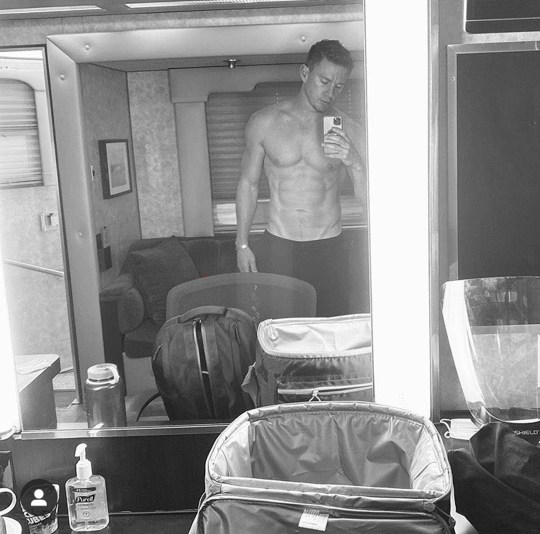 Channing has been working to get into shape for some upcoming roles (Picture: Instagram)

Naturally, the flick – which also starred the likes of Matt Bomer, Joe Manganiello, and Matthew McConaughey – was a smash hit so Channing took it all off again in the sequel Magic Mike XXL.

The actor recently took to Instagram to share a black and white mirror snap, showing off his toned abs in the process.

He wrote: ‘It’s been a long road back. Injuries, life s***, and just insanity in general. Ha daddy is finally back boooi! Gonna be a fun next 10 year run.

‘To all those that have been there for me and held me down through it all. I love you. I’m gonna make you proud. Let’s goo.’