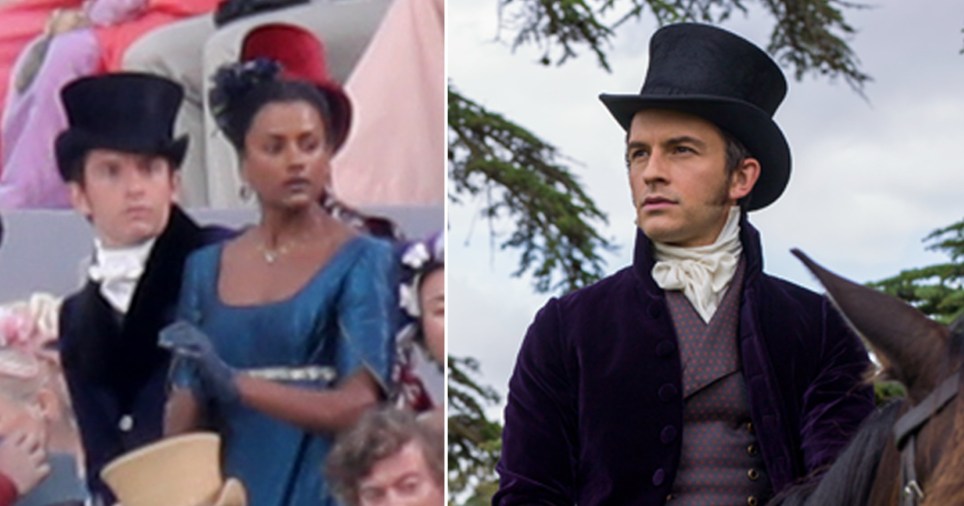 Anthony Bridgerton will meet Kate Sharma on his quest for love (Picture:Splash News/Netflix)

Bridgerton stars Jonathan Bailey and Simone Ashley seemed to be in high spirits as they were captured in the first pictures from the season two set, with their characters hitting it off while at the races.

Last month, Regé-Jean Page, who left fans swooning as Simon Bassett, Duke of Hastings in season one of the hit Netflix period drama, announced that he would not be returning to reprise the role.

While numerous avid viewers of the show were devastated by the news, including superfan Kim Kardashian, there is still plenty of excitement, love and drama to look forward to in the Regency era tale, which has been renewed up to season four.

The second season will place greater focus on Anthony Bridgerton (Jonathan), the older brother of Daphne Bridgerton (Phoebe Dynevor), as his quest for love sees him make the acquaintance of newcomer Kate Sharma (Simone).

The pair were recently photographed on the set of Shonda Rhimes’ record-breaking series, both dressed to the nines while enthralled by the horse races.

In one picture, Jonathan and Sex Education star Simone are both standing up from their seats, looking off at something in the distance. 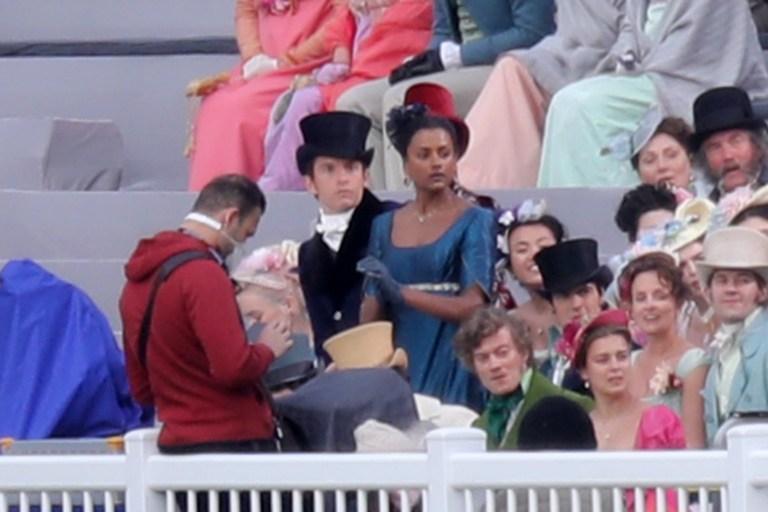 Anthony and Kate are transfixed as they watch the races at Ascot (Picture: SplashNews.com) 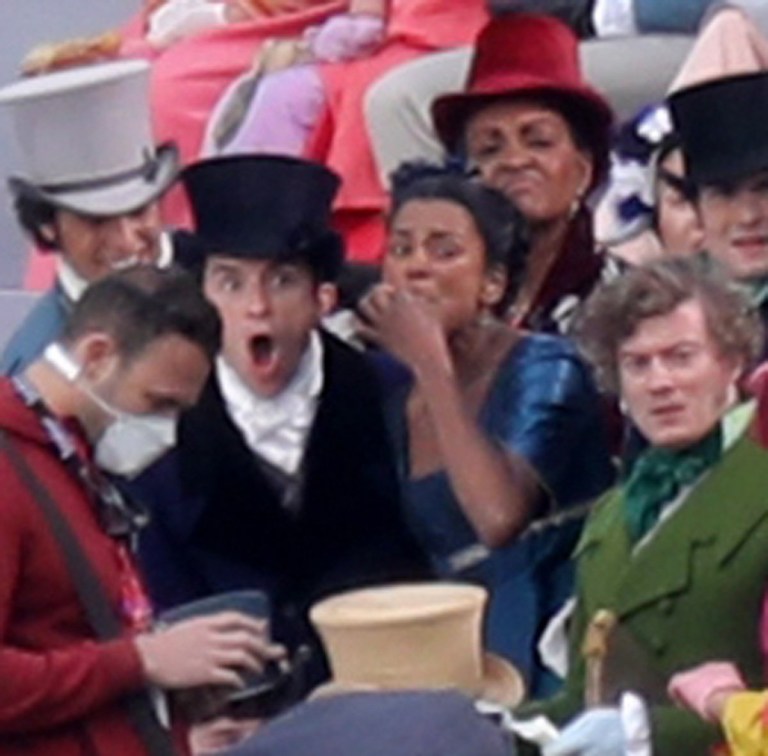 In another photo, Jonathan, wearing a smart top hat, is gasping in shock, while Simone, dressed in a dark blue gown, is potentially whistling in excitement.

In a wider shot taken on the set, a sign indicates that the characters are watching the horse races at Ascot, joined by several of their peers from high society.

It looks like it’s going to be an extremely entertaining sequence to watch, given how much fun the actors appeared to have had playing it out. 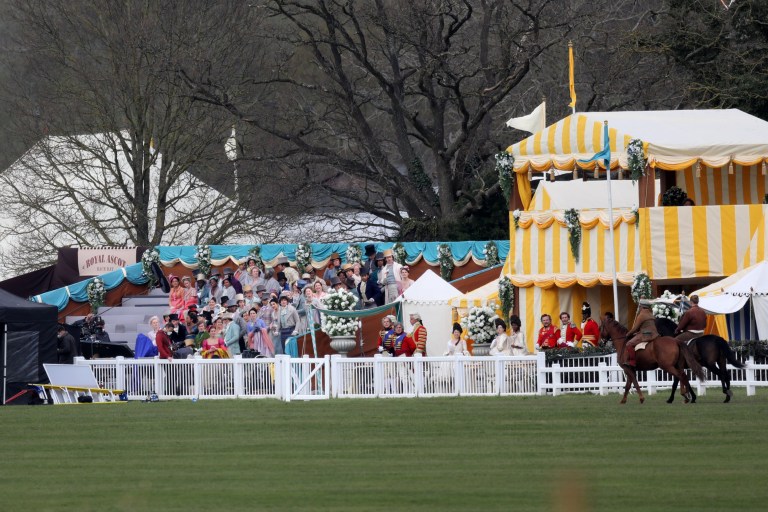 What drama will unfold as the members of high society mingle in season 2? (Picture: SplashNews.com) 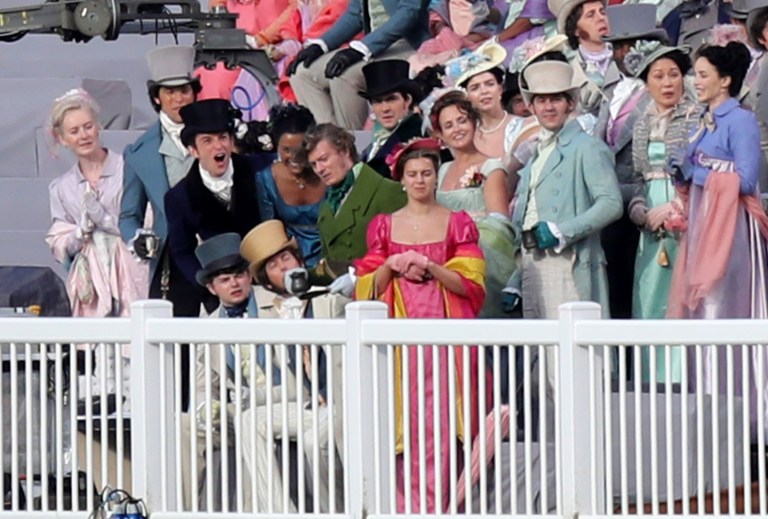 We can’t wait to see how this scene unfolds (Picture: SplashNews.com)

Several other Bridgerton stars were also spotted in the scene, including Luke Newton as Colin Bridgerton, Luke Thompson as Benedict Bridgerton, Claudia Jessie as Eloise Bridgerton, Ruth Gemmell as Lady Violet Bridgerton and Adjoa Andoh as Lady Danbury, a mentor to the Duke of Hastings.

In season one of Bridgerton, Anthony was romantically involved with opera singer Siena Rosso (Sabrina Bartlett), but their love affair didn’t work out.

Despite Anthony becoming fairly disillusioned by his failed relationship, it appears Kate will help bring a new spring to his step after he watched his younger sister Daphne live happily ever after.

A launch date has yet to be confirmed for the second season of Bridgerton on Netflix.

However, given it’s currently in production, let’s hope an announcement isn’t too far away.

The first season of Bridgerton is available to watch on Netflix.