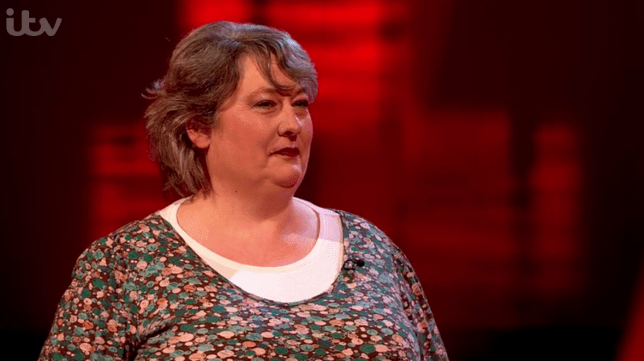 Claire took on the Chasers and was victorious (Picture: ITV)

A returning contestant from the Chase got the ultimate revenge on Jenny Ryan as she took on Beat The Chasers.

Claire, from West Yorkshire, was the second player to test her knowledge against the quizzers on Tuesday’s instalment of the ITV spin-off.

However, her game got off to an interesting start when she confessed that she had already gone up against The Vixen in the past.

‘I’ve been on the Chase before,’ she told a shocked Bradley Walsh. ‘About five years ago, there was a new member on your team.

‘I won my individual round, despite the fact that after a £5,000 cash builder, she said I’d “come to the limit of my capabilities”.

‘I’ve come back because I forgive you, Jenny. I’m going to give you another go.’ 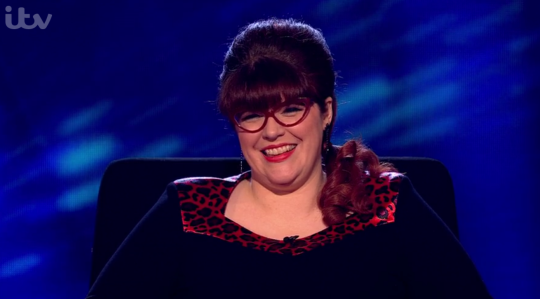 Jenny Ryan couldn’t help but get a dig in (Picture: ITV)

The memory was clearly fresh in Jenny’s memory as she replied: ‘You didn’t take any money home so I think my analysis was correct then.’

Despite some digs from the Chasers, the freelance secretary eventually went up against three of them – including her previous opponent.

Claire kept her cool and managed to take home £10,000, as Mark Labbett stumbled over their last question. 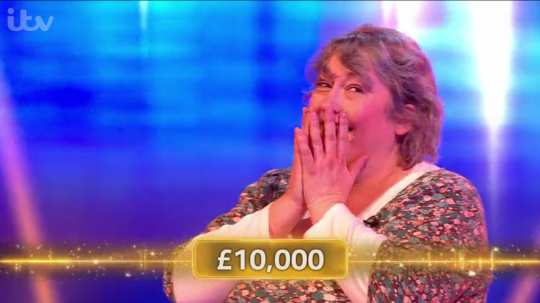 Fans at home were also living for the win, flocking to Twitter to cheer Claire on.

‘Yay, well done Claire! She played a very solid game and that was what the doctor ordered. #BeatTheChasers,’ another agreed.

We wonder if anyone else will prove victorious tomorrow…

Beat The Chasers continues daily, at 9pm, on ITV.