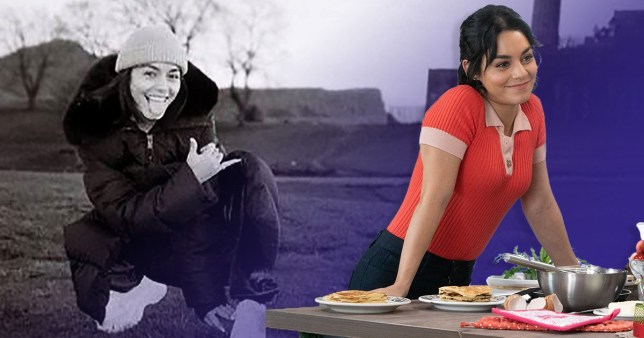 Get ready for more doppelgänger-based hijinks, because The Princess Switch 3 has wrapped filming.

Vanessa Hudgens confirmed that filming on the third installment in the franchise is complete as she thanked Netflix for keeping the cast and crew safe.

The 32-year-old shared a black and white picture of her crouched on the ground in Scotland and sticking out her tongue, and wrote: ‘And that’s a wrap on Princess Switch 3. What a whirlwind. Man everyone worked their asses off. AND stayed safe.

‘BIG thanks to @netflix for taking the extra precautions to keep us on track and bring that new new to your screens. And now….I ZTFO.’

It’s no wonder that Vanessa is seeking some R&R, as in the second film of the franchise, she played three separate characters.

The Princess Switch was a festive romcom which saw Vanessa play Duchess Margaret Delacourt and baker Stacy De Novo, who swapped lives after bumping into each other in the fictional country of Belgravia, where Stacy was at a baking competition and Margaret was preparing to marry the prince. Of course. 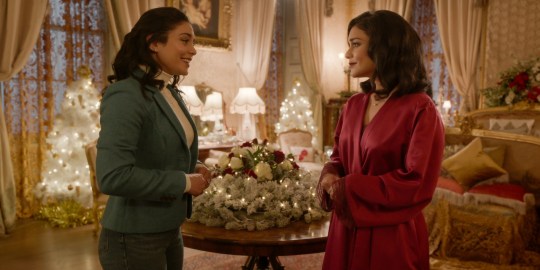 The Princess Switch has been pretty bonkers so far (Picture: Mark Mainz/NETFLIX © 2020)

The movie ended with Stacy falling for the prince, and Margaret marrying Stacy’s colleague Kevin – but in the second film, a new woman with the same face, Lady Fiona Pembroke, was introduced to the mix.

After break-ups, kidnappings and a coronation, Stacy and Margaret were happy again, with Stacy reaffirming her love for Prince Edward and Margaret marrying Kevin and being crowned the Queen of Montenaro, while Fiona was arrested.

It’s unclear if all three lookalikes will return of the third film, but Vanessa did confirm that three versions of herself would be the max.

She told Entertainment Tonight: ‘We’re already at max outrageous here with three characters, we’re just going to keep it at that.

‘And I would 100% lose my mind if I tried to add another me, even though it would probably be Scottish [and] I love that accent and it would be a great excuse to master the Scottish accent. But no, that’s not happening.’

We’re sure we’ll all soak up the festive ridiculousness later this year with a box of Quality Street when it lands on Netflix.

Vanessa has since returned from Scotland to Los Angeles, where she was reunited with her pet dog Darla.

The actress also got to meet up with her High School Musical castmate Ashley Tisdale, who is nine months pregnant.

Ashley, 35, shared a picture with Vanessa cuddling her bump, and wrote on Instagram: ‘t’s taken 9 months but safely we got a picture before my girl left again. Love you @vanessahudgens.’

The pair have remained close friends since they last played Gabriella Montez and Sharpay Evans in the High School Musical franchise in 2008.

Here’s every film and TV show leaving Netflix in April

Bollywood back in lockdown due to surge in Covid-19 cases

“He was born to rap”

“Joey deserves better than this!”