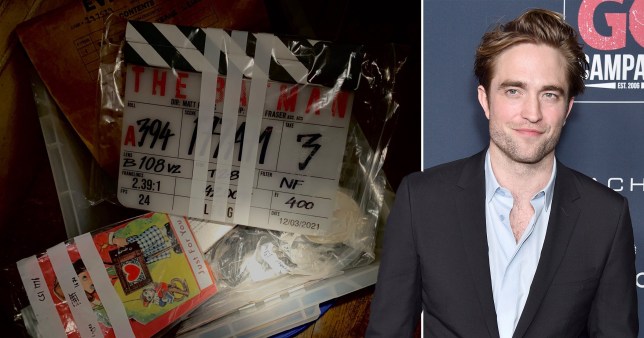 The Batman has officially wrapped filming, with director Matt Reeves sharing a shot from the final day of production.

The movie, starring Robert Pattinson as Bruce Wayne, has been one of the worst affected by the coronavirus pandemic, with members of cast and crew contracting the virus, the set being shut down, and it facing delays.

However, progress is definitely being made, with filmmaker Matt celebrating the last day of filming by sharing a photo of a box filled with items from set, including a clapperboard.

Fans are thrilled, with one writing: ‘YESSS WE LOVE TO SEE IT! NOW BRING ON BATTINSON,’ while another excitedly added: ‘WE’RE SO F**KING PROUD OF YOU KING.’

It’s sure to be a relief for fans, cast and crew alike, after the string of obstacles the movie has faced over the past year.

With filming taking place in the UK, production has been subject to various lockdowns.

Things were also thrown into chaos when ‘a crew member’, who was reported to be Robert himself, tested positive for coronavirus, with the set having to be shut down.

More recently, it was reported that a stunt perfomer tested positive. 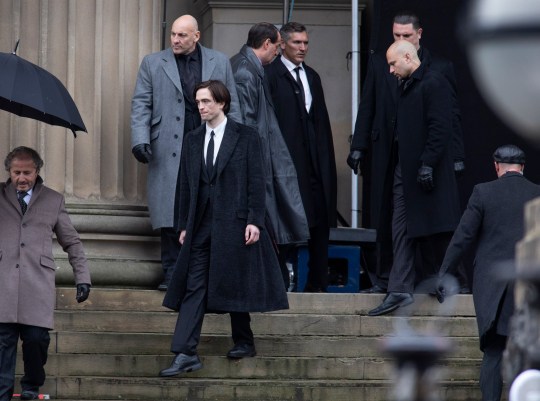 The production has face delays and shutdowns (Picture: Getty Images)

That’s not even to mention the delays that the film has faced, with it now being slated for release in 2022.

However, we’re expecting big things for when we finally get to see it, with Zoe Kravitz starring as Catwoman, Colin Farrell as The Penguin, Andy Serkis as Alfred, and Paul Dano as The Riddler.

Meanwhile, 2022 is set to see quite a battle, as Robert, Michael Keaton, and Ben Affleck are all set to play the Caped Crusader in the same year. 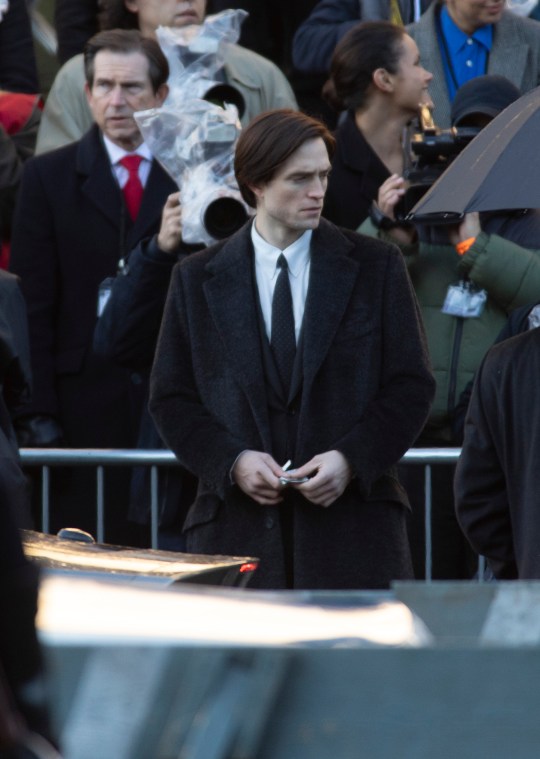 Michael will reprise his role in Andy Muschietti’s The Flash which is set for release in the UK on November 4, 2022. The Hollywood star famously played Batman in the 1989 original and Batman Returns in 1992.

Joining him in The Flash will be Ben, who has played the superhero three times with appearances in Suicide Squad, Justice League and Batman v Superman: Dawn of Justice.

DC Films president Walter Hamada explained how it will all tie together and confirmed the two different universes – Michael and Ben’s versions of Batman will co-exist in Earth 1 while Pattinson will remain in Earth 2.

Hamada told The New York Times: ‘I don’t think anyone else has ever attempted (the multiverse concept on screen).

‘But audiences are sophisticated enough to understand it. If we make good movies, they will go with it.’

The Devil Made Me Do It drops first trailer

‘Joker’ to be screened in concert venues with a live orchestra

Where to watch Mortal Kombat 2021 in the UK and US?