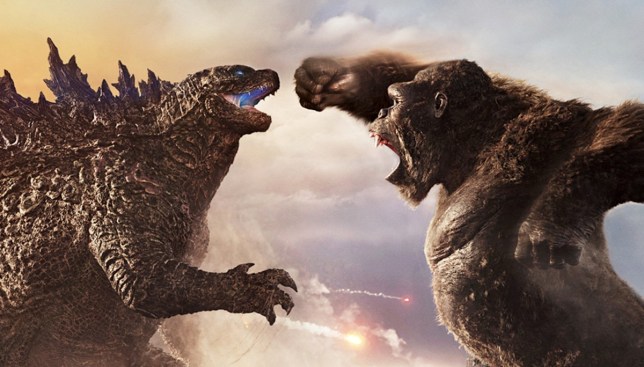 Godzilla vs Kong fans will be pleased to hear that the upcoming film will be available to watch from the comfort of their own homes from April.

The fourth instalment in Legendary’s MonsterVerse series was originally scheduled to be released in November 2020, but was postponed as a result of the coronavirus pandemic.

Cinemas are currently closed as a result of the UK’s third national lockdown amid the pandemic, with prospects to open them by May 17 at the earliest.

It has now been announced the film will be released to HBO Max and select cinemas in the US on March 31, and as a premium rental on online demand services for UK viewers on April 1.

Warner Bros has also taken advantage of the premium paid rental for some of their other recent movies, including Wonder Woman 1984, Judas And The Black Messiah and The Witches.

Film titles by the studio usually cost around £15.99 to rent for a 48-hour window.

Following on from previous film Godzilla: King Of The Monsters, which was released in 2019, the new release chronicles the two iconic characters, Godzilla and King Kong, in an intense showdown, with the fate of the world left hanging on a thread.

Alexander Skarsgard, Millie Bobby Brown, Rebecca Hall and Brian Tyree Henry are just some of the stars who appear in the film, while Zhang Ziyi also reprises her role from Godzilla: King Of The Monsters. 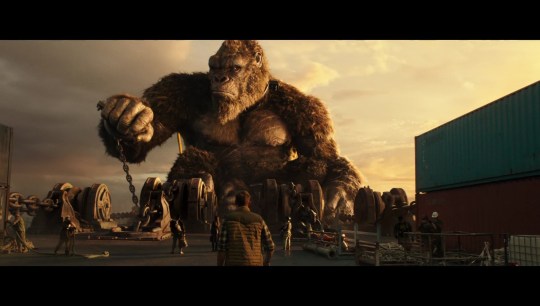 Godzilla and King Kong are set to come head to head in the new film (Picture: Warner Bros)

Millie Bobby Brown had previously teased what’s to come of her character, Madison Russell, in the new film, after she made her first appearance in King Of The Monsters.

She told Collider: ‘So five years have gone by and Madison has grown up. It’s definitely a coming-of-age story for her.

‘Her storyline has definitely evolved greatly in the way she deals with things, her attitude towards life, how much stronger of a person [she is]… Five years are gone by and she’s basically a bada**.’

Godzilla vs Kong will be available as a premium video on demand rental on April 1.

Here are all the winners from the BAFTAs 2021 – rolling list

Andy Samberg on what happened