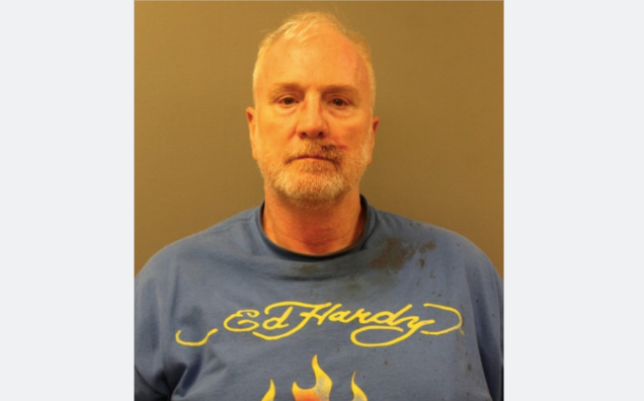 A man allegedly drove a pickup truck into a group of people having a birthday party picnic after cursing about ‘Asians’ and ‘yuppies with dogs’. Timothy Nielsen, 57, reportedly cleared a curb and hit a 42-year-old woman that was part of the running club gathering.

About 10 to 15 people were having the cookout at Logan Square in Chicago, Illinois, on Saturday for a belated birthday when a confrontation ensued, according to the local online newspaper Block Club Chicago. Troy Brown, one of the people in the group, said Nielsen got into an argument with an Asian member of the club.

Another running club member, Rob Lopez, said that Nielsen said ‘f*** Asians’ or ‘goddamn Asians’ before he drove into the group.

A neighbor said he heard Nielsen call the picnickers that had some canines, ‘yuppies with dogs’.

Nielsen allegedly drove into the group and hit a white woman. She was pinned under the truck but was able to get out because the vehicle had hit a cooler. She suffered bruises, cuts and trauma and has since been released from the hospital.

‘The victim was briefly trapped underneath the vehicle and sustained serious injuries from the collision,’ authorities told Law & Crime in a statement.

Brown, who is black, said that he and other people in the group who were mostly Latino tried to stop Nielsen from escaping and got into a fight with him. Brown said Nielsen is white and cut him in his left arm with a knife.

Brown said that the incident ‘shouldn’t have happened’ and that it was ‘kinda hard to shake’.

‘But moreso, I’m thankful that my friend is OK and they’re not severely injured or nothing worse happened,’ Brown said.

Nielsen was arrested on Sunday evening and has been charged with four counts of attempted first-degree murder.

or more stories like this, check our news page.