WORKERS fled from the Gatwick Ibis hotel after a fire ripped through the upper floors.

Firefighters raced to the hotel this afternoon after flames and smoke were spotted billowing from windows. 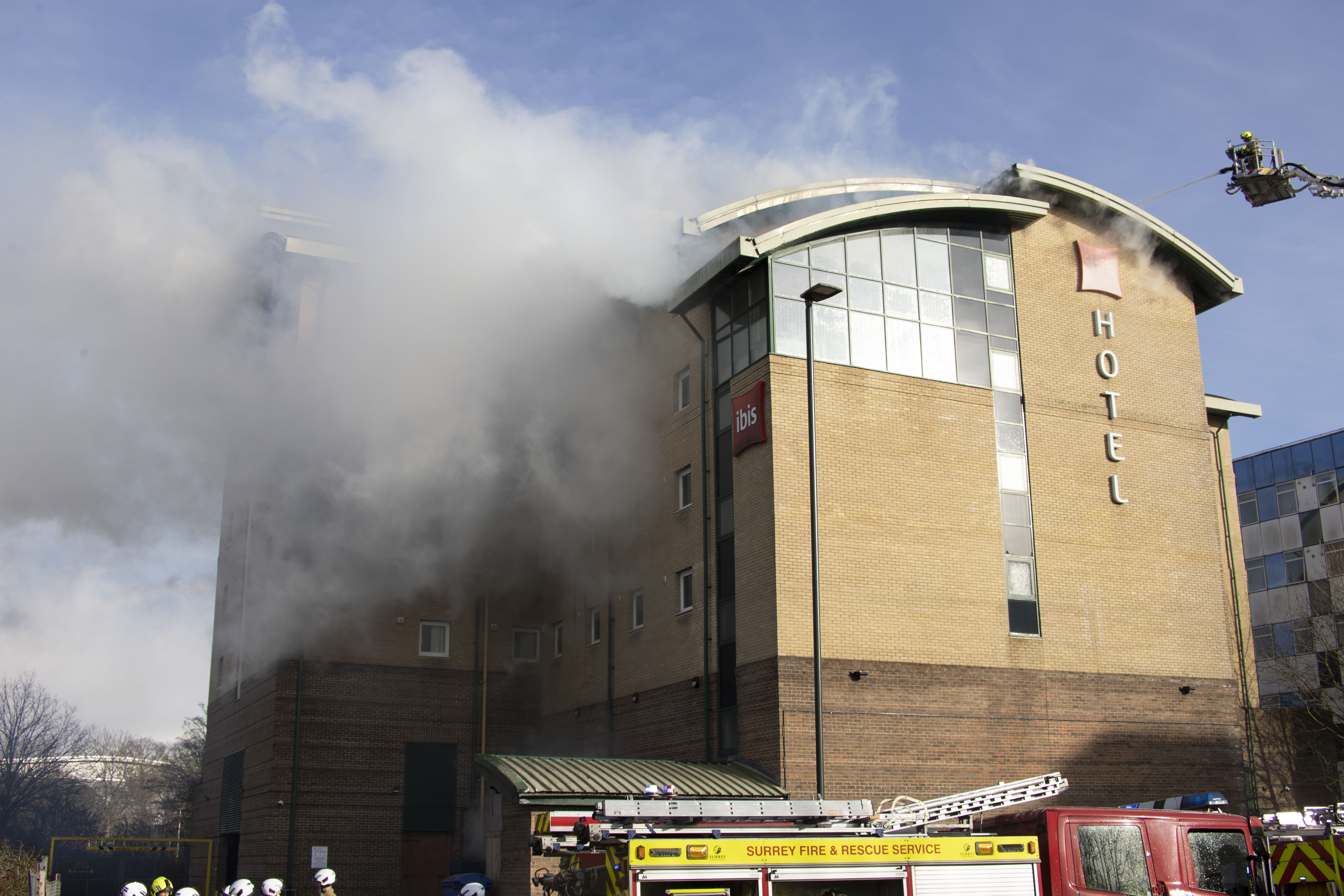 The fire broke out at around 3pm this afternoonCredit: eddie mitchell 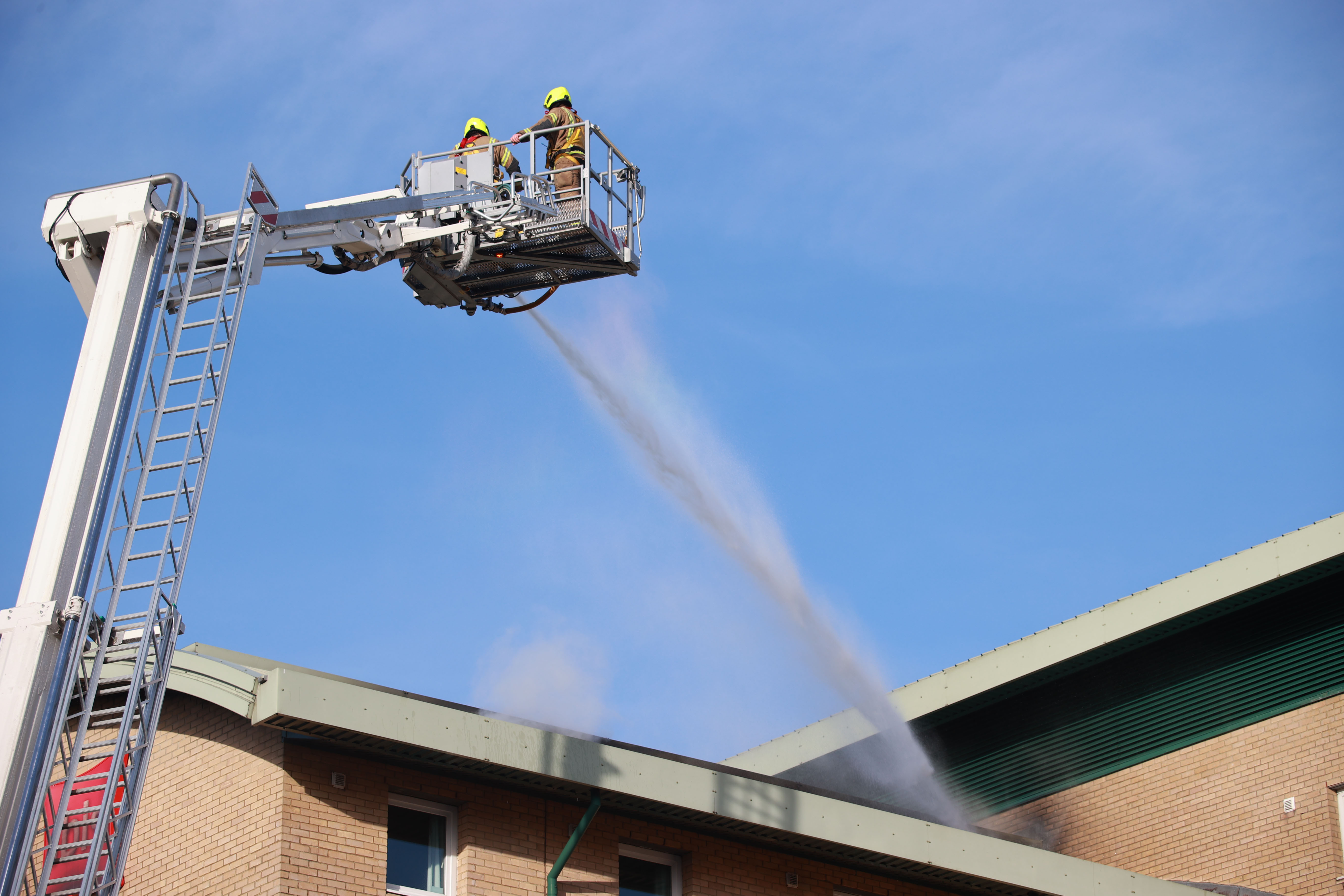 The fire broke out on the fifth floor of the hotelCredit: eddie mitchell 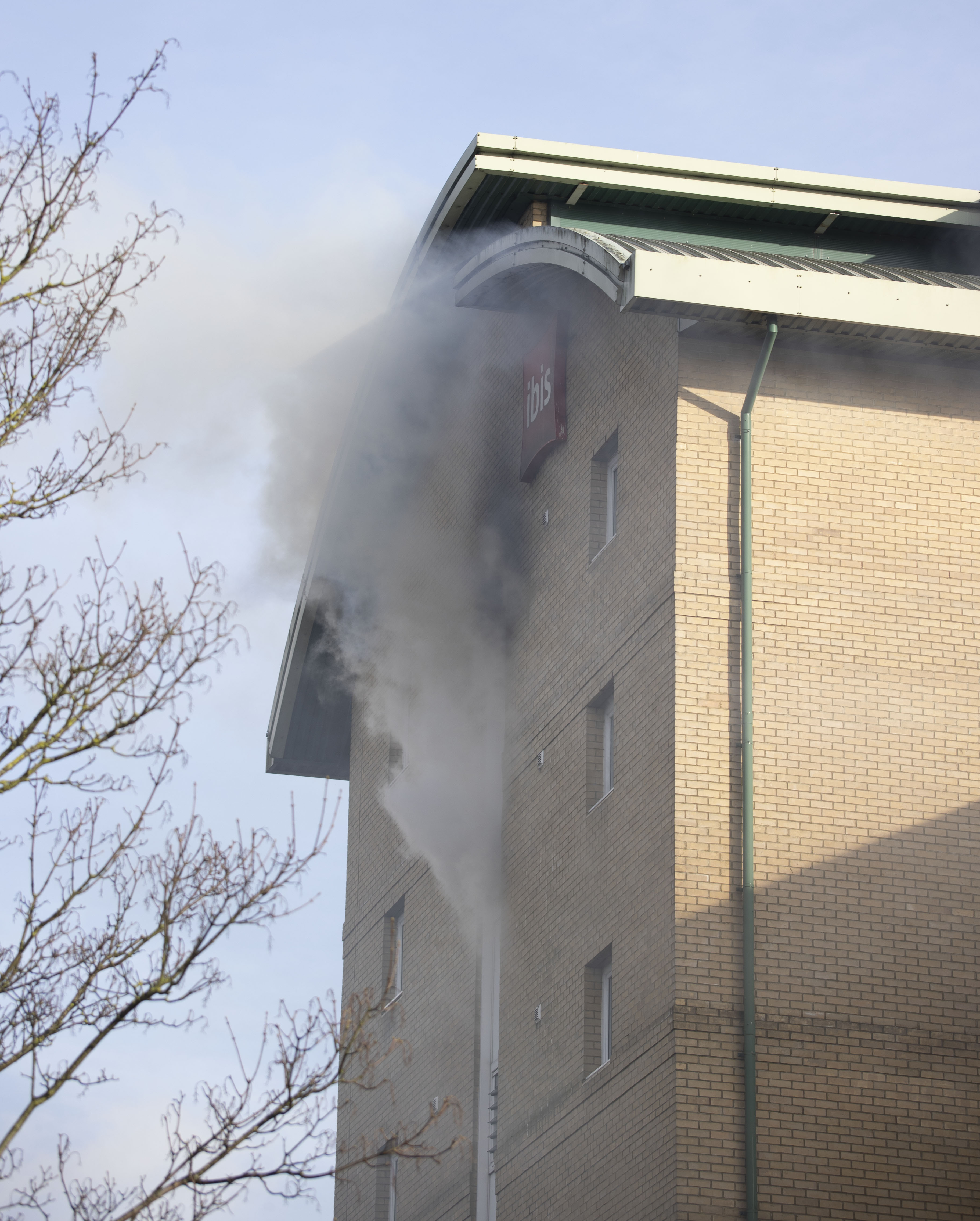 The hotel is just minutes away from Gatwick AirportCredit: eddie mitchell

A spokesman for the Surrey Fire and Rescue team told The Sun Online that everyone in the hotel had been evacuated safely this afternoon.

The hotel is not part of the Government’s Covid-19 quarantine scheme.

Reports from the scene said that there were at least 10 fire appliances involved in battling the flames from the multi-storey hotel, just minutes away from Gatwick Airport.

Traffic news service INRIX said the A23 remained closed due to the fire.

Crawley Police said in a Twitter update: “A multi agency effort here to tackle the blaze. The road is still closed in both directions.”

A spokesman for the Surrey Fire and Rescue Service said: “We have sent four fire engines, with the first arriving at the scene around 3pm. A fire had broken out on the 5th floor of the hotel. Crews remain at the scene tackling the fire.”

A spokesperson for West Sussex Fire & Rescue Service said in a statement: “We are currently in attendance at the scene of a fire involving a premises on London Road near Gatwick.

“Joint Fire Control was alerted to reports of a fire on the fifth floor of the building at 2.56pm this afternoon and mobilised crews from Billingshurst, two from Crawley, two from East Grinstead and Horsham to the scene along with Surrey Fire & Rescue Service appliances from Banstead, Dorking, Reigate and Salfords.

“The Aerial Ladder Platform from Horsham has also been sent to the scene along with the service’s Technical Rescue Unit and the drone and the Incident Command Unit from Haywards Heath.

“Additional crews from Burgess Hill, Haywards Heath, Partridge Green, Shoreham and Turners Hill have since been mobilised to the scene along with the Breathing Apparatus Support Unit from Chichester and Surrey FRS’s Aerial Ladder Platform from Leatherhead.

“Eight sets of breathing apparatus are currently in use and crews are using two jets, a safety jet and a covering jet to bring the fire under control.

“The building has been safely evacuated, and we would urge people to avoid the area to allow crews to work safely.” 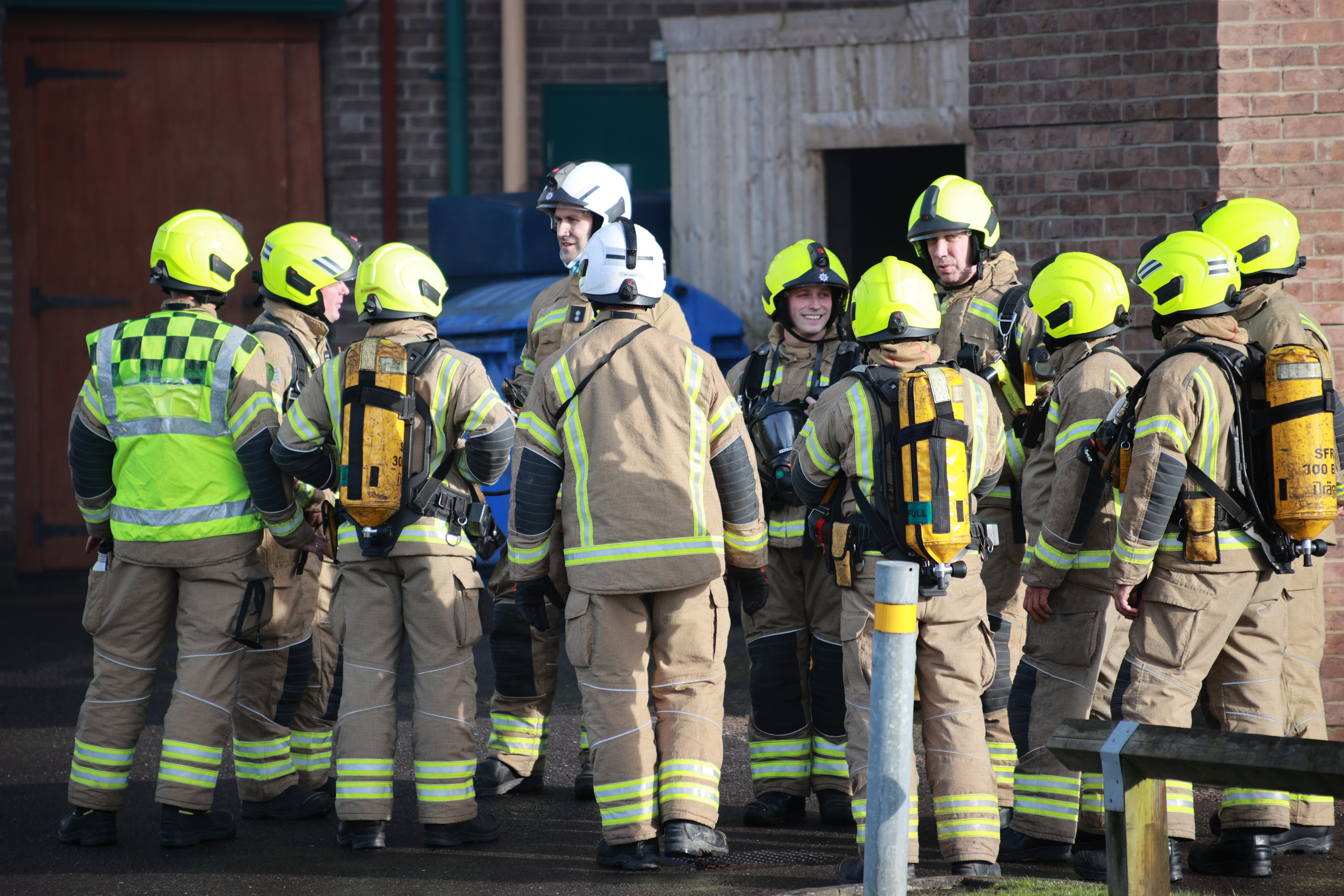 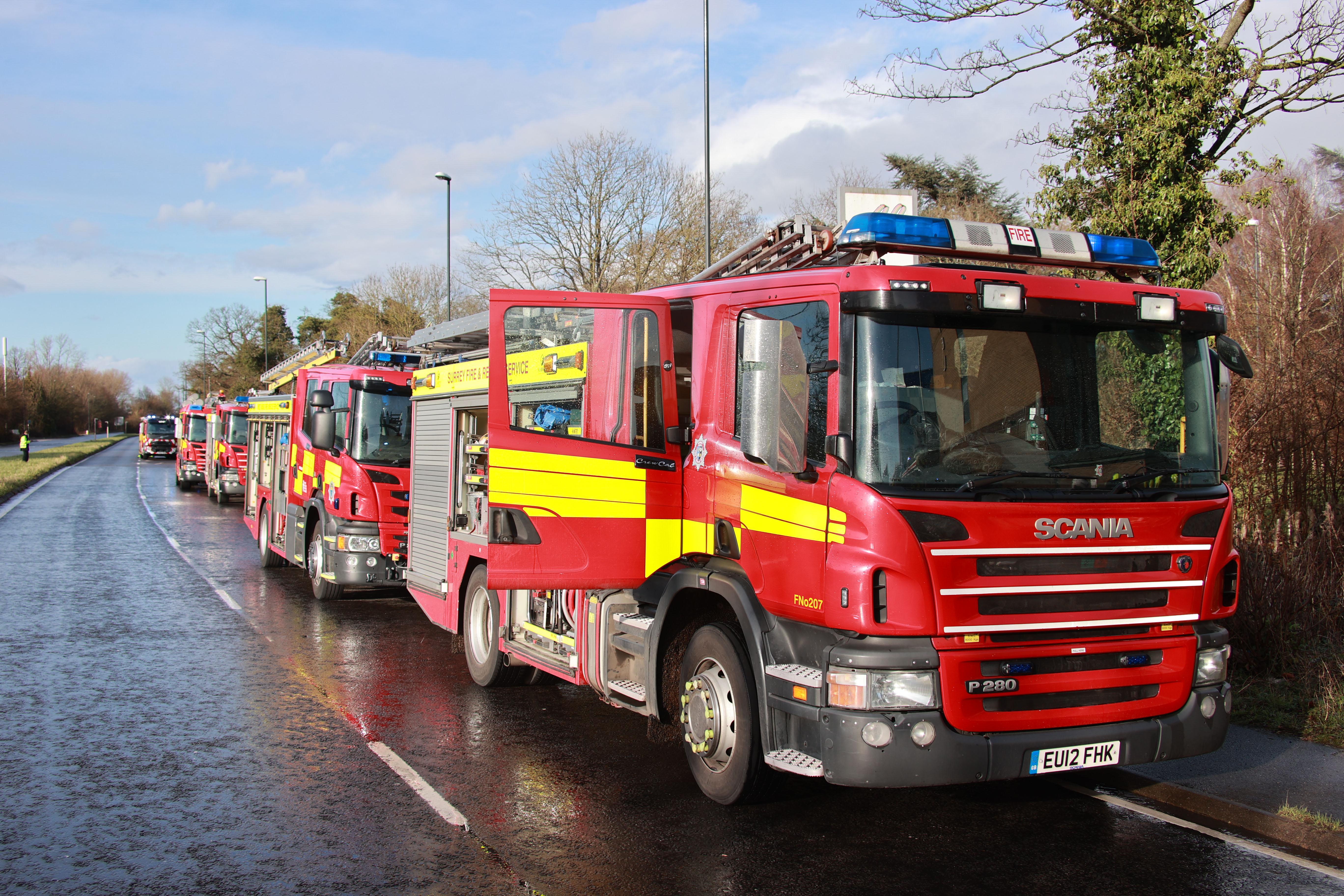