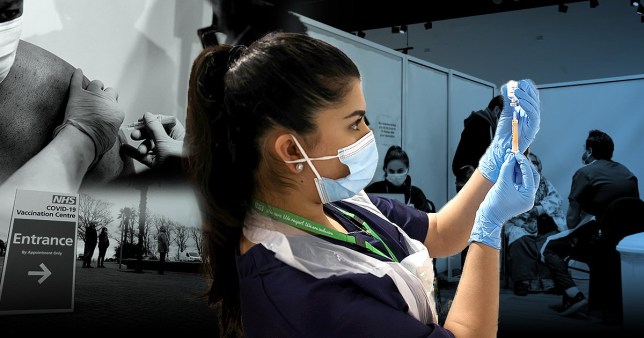 People aged 64 will now be invited to get their vaccine as the rollout continues apace (Picture: EPA / Jacob King)

More than two thirds of people aged between 65 and 69 in England have had their first dose of a coronavirus vaccine just a week after invitations went out.

Around 460,000 people aged 64 will now be called forward to receive their jab, as NHS England urged people aged 65 and over to respond to their vaccine letter if they have not already done so.

Some parts of England had already begun vaccinating the over-65s before the rollout was officially expanded, after they reached everyone in the top four priority groups who wanted a jab.

A total of 15,046,635 Covid-19 vaccinations took place in England between December 8 and February 19, according to latest NHS England data, including first and second doses, which is a rise of 327,697 on the previous day’s figures.

NHS England chief executive Sir Simon Stevens said there were ‘early signs’ that the vaccine rollout is contributing to the fall in coronavirus hospitalisations.

‘The NHS Covid vaccination campaign continues full steam ahead – letters inviting everyone aged 65 to 69 went out a week ago, and already over two thirds of them have had their first Covid vaccination,’ he said. 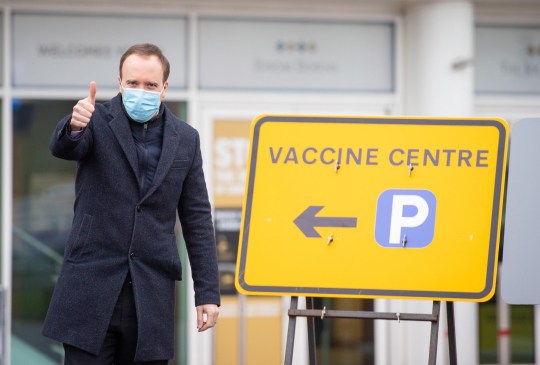 There are early signs the vaccination programme is bringing down hospitalisations (Picture: EPA) 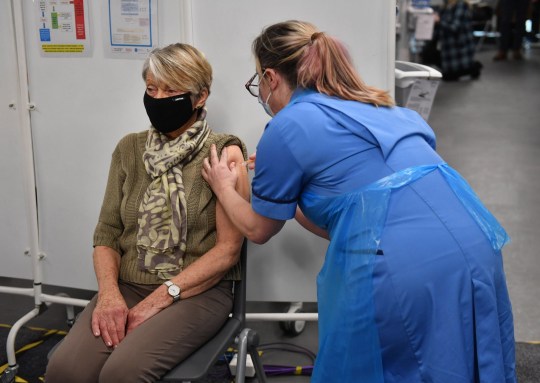 Across England overall nearly a third of adults have now had their first jab (Picture: EPA)

‘Across England overall nearly a third of adults have now had their first jab, and early signs suggest this is contributing to the welcome fall in coronavirus hospitalisation that we’re now seeing.’

NHS England medical director Professor Stephen Powis added: ‘Over 14.5 million of the most vulnerable people in England have already safely had their first dose of the Covid-19 vaccine and with people aged between 65 and 69 now eligible too, we want everyone else in this age group to consider making this week your week to get a jab.

‘They can – including from later this week anyone aged 64 – use the online national booking service to book in at their nearest vaccination centre or pharmacy, so anyone that is able to do so should act this week to seize their opportunity for a life-saving vaccine.’

There are more than 100 mass vaccination centres across the country and 200 pharmacies helping with the vaccine rollout alongside GP practices.