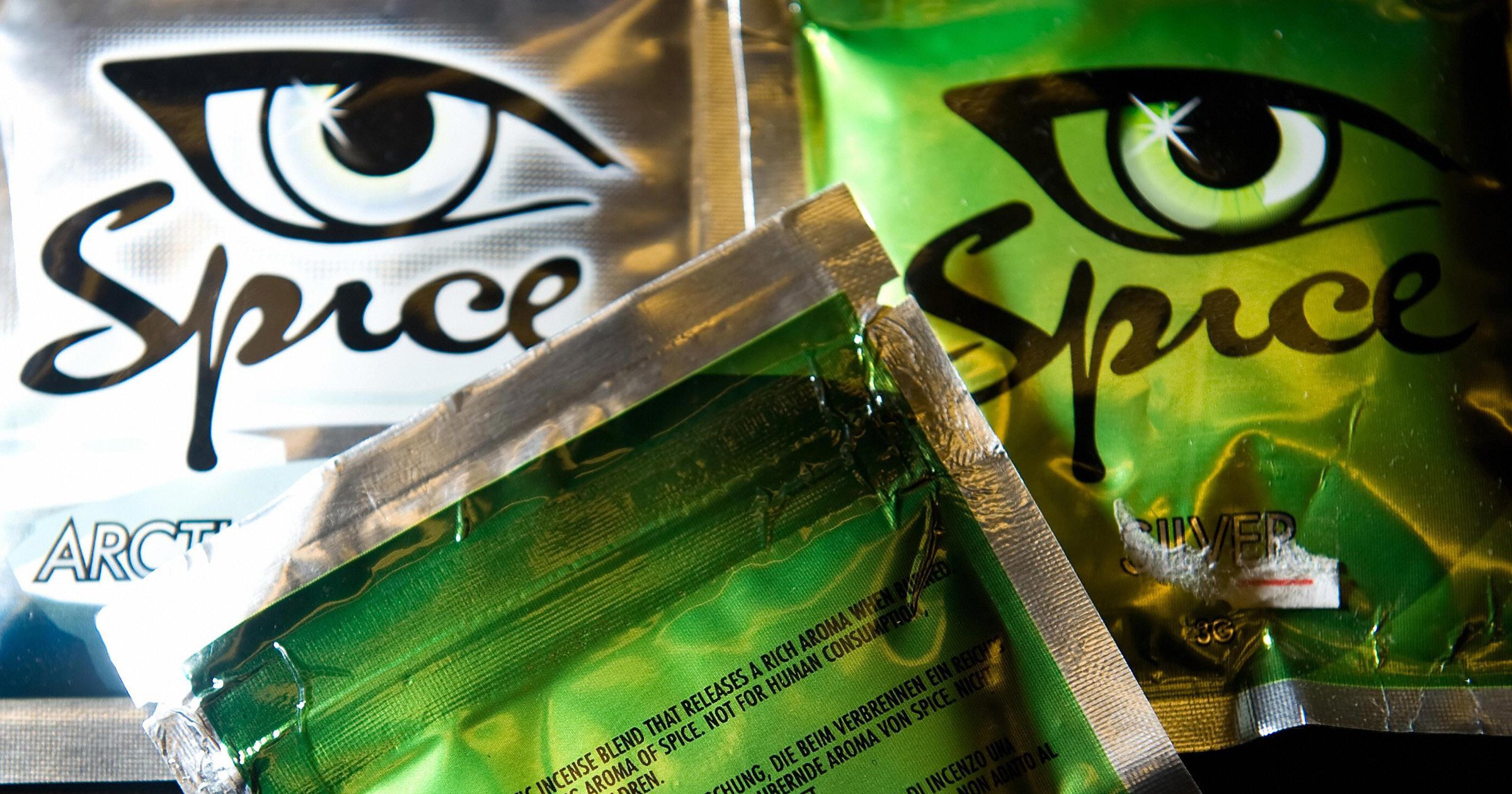 What are synthetic cannabinoids?

According to drugs advice site Frank, Synthetic cannabinoids – marketed as Black Mamba, Spice, K2, among other names – are chemicals that have been developed to act like the main psychoactive chemical in cannabis, tetrahydrocannabinol (THC) which acts on cannabis receptors in the brain.

Since synthetic cannabinoids act like cannabis the effects – good and bad – are similar to cannabis. Some users will feel happy and relaxed, may get the giggles, feel hunger pangs and become very talkative. Others mainly feel ill or paranoid.

Because synthetic cannabinoids react more strongly with the brain’s cannabis receptors so they’re more potent than natural cannabis. This means it’s easier to use too much and experience unpleasant and harmful effects.

There are lots of different types of synthetic cannabinoids. Some were previously illegal and some weren’t, but since 26 May 2016 when the Psychoactive Substances Act came into effect, none of these drugs are legal to produce, supply or import for human consumption.

What are the effects of synthetic cannabinoids?

Synthetic cannabinoids act like THC, the active substance in natural cannabis, but are often more potent, so it’s easier to use too much and experience unpleasant and harmful effects.

Feelings of being happy, euphoric and relaxed with some people getting the giggles, feeling hunger pangs and becoming very talkative, while others get more drowsy.

Mood and perception can change and concentration and co-ordination may become difficult. Synthetic cannabinoids, possibly because of their potency, are more likely to be associated with hallucinations than natural cannabis.

Some will have quite bad reactions, such as paranoia, panic attacks and forgetfulness.

What are the risks of synthetic cannabinoids?

Also, because many synthetic cannabinoids are new, they may have unknown effects too. We know that there have been a number of deaths that have been associated with the use of synthetic cannabinoids, either on their own or with other substances. There may also be risks from smoking the plant material itself – as occurs with tobacco and cannabis smoking.

• feelings of light-headedness, dizziness, confusion and tiredness,
• feeling excited, agitated and aggressive,
• mood swings,
• anxiety and paranoia,
• suicidal thoughts,
• memory problems and amnesia,
• nausea and vomiting,
• hot flushes,
• increased heart rate and blood pressure, which may cause chest pains and damage your heart and even cause a heart attack,
• excessive sweating,
• fingers, toes or muscles feel numb and tingly,
• tremors, seizures and fits.
Other risks for synthetic cannabinoids include:

Mixing synthetic cannabinoids with alcohol or other drugs can be especially dangerous. It can increase the risks of both drugs and can lead to an greater risk of accidents or death.

Also, because synthetic cannabinoids can overstimulate the serotonin system, it is important to avoid mixing them with antidepressants, such as Prozac, as they both stimulate serotonin activity in the brain, which can lead to serotonin syndrome, causing high fever, rapid pulse, sweating, agitation, confusion, convulsions, organ failure, coma and even death.

Synthetic cannabinoids and the law

• And it’s important to realise that since 26 May 2016, when the Psychoactive Substances Act came into effect, none of these drugs are be legal to produce, supply or import (even for personal use, e.g. over the internet) for human consumption.

• If the Police catch you with synthetic cannabinoids, they are likely to take some action. This could include a formal caution, arrest and prosecution.

• A conviction for a drug-related offence could have a serious impact. It can stop you visiting certain countries – for example the United States – and limit the types of jobs you can apply for.

• Like drinking and driving, it’s illegal to drive if your driving has been impaired by taking drugs. With some drugs, you can even remain unfit to drive the next day. As well as this drug-impaired-driving offence, it’s now illegal in England and Wales to drive over set levels for any of 17 named drugs (legal and illegal) in your body, whether or not you are impaired. Very low limits have been set for some common illegal drugs such as cannabis, cocaine and MDMA. You can get a heavy fine, be disqualified from driving or even go to prison. Check out the Think! website for more details.

• Allowing other people to supply drugs in your house or any other premises is illegal. If the police catch people supplying illegal drugs in a club they can potentially prosecute the landlord, club owner or any person concerned in the management of the premises.

You can visit Frank for more information at talktofrank.com, or for friendly, confidential advice about drugs you can call them on 0300 123 6600, text at 82111 or email at [email protected].