THOUSANDS of ‘Kill the Bill’ protesters today marched through cities across the UK against plans to increase police powers.

Demonstrators gathered in huge crowds in forty towns and cities in opposition to the proposed Police, Crime Sentencing and Courts legislation. 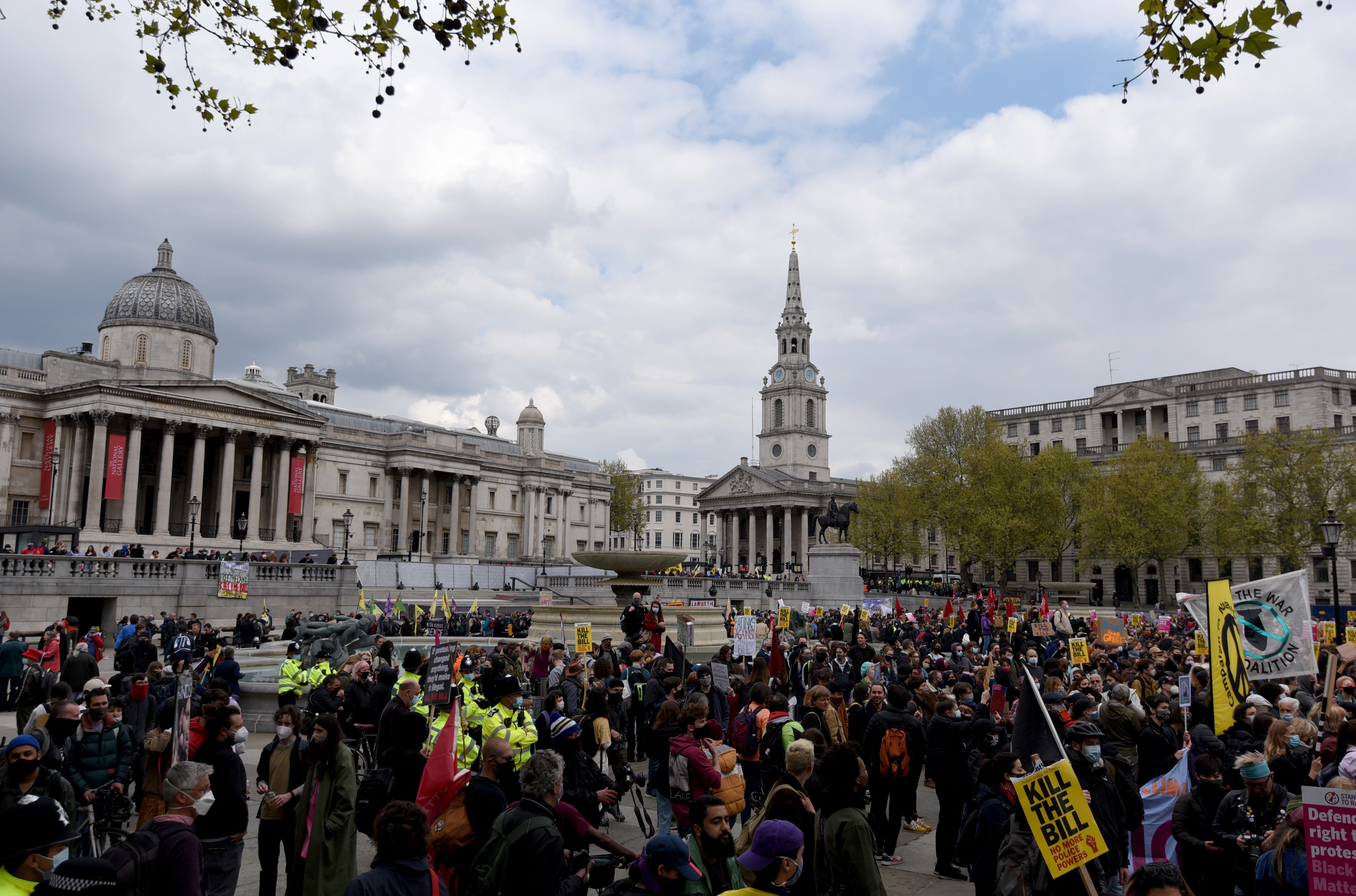 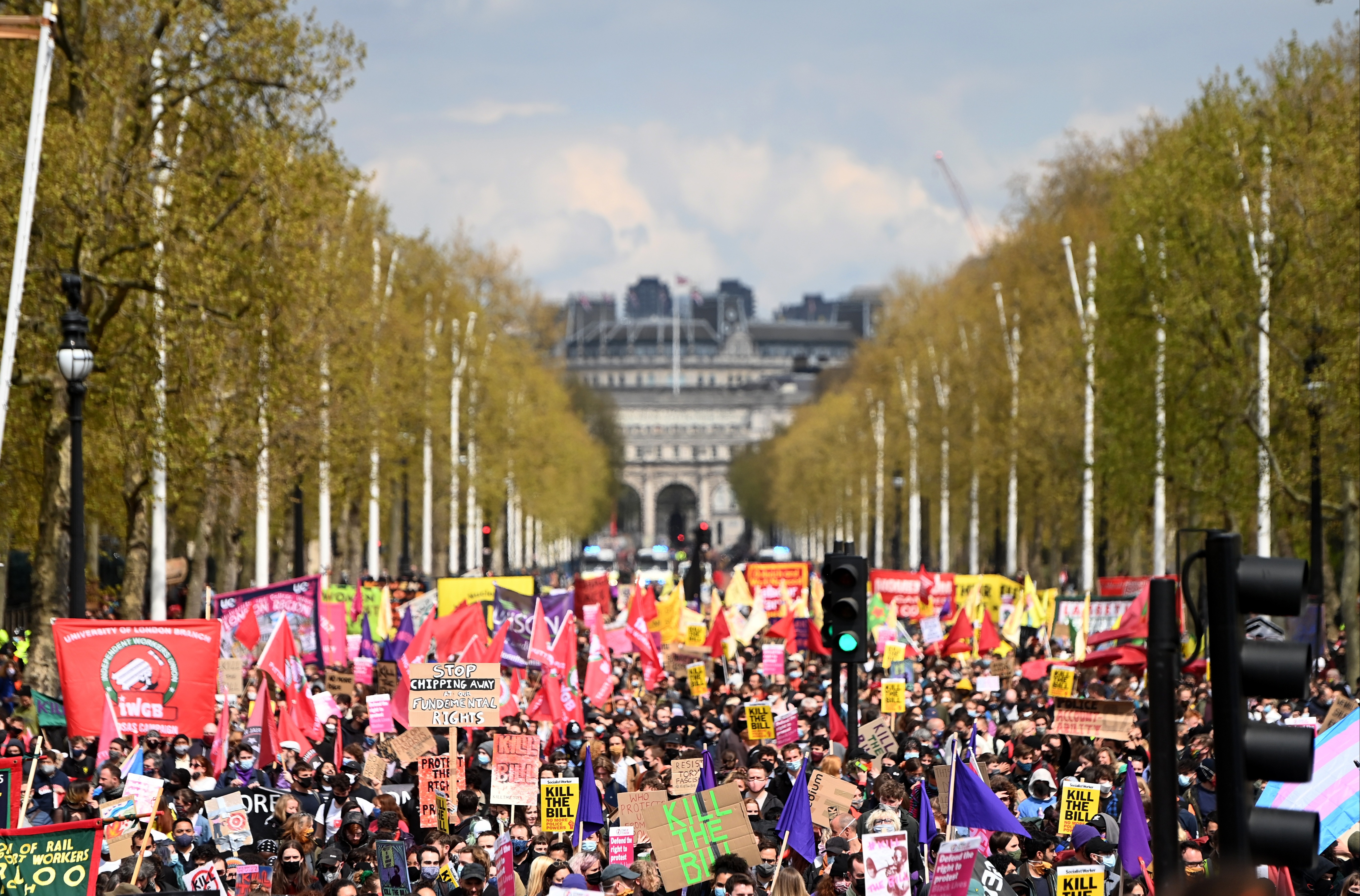 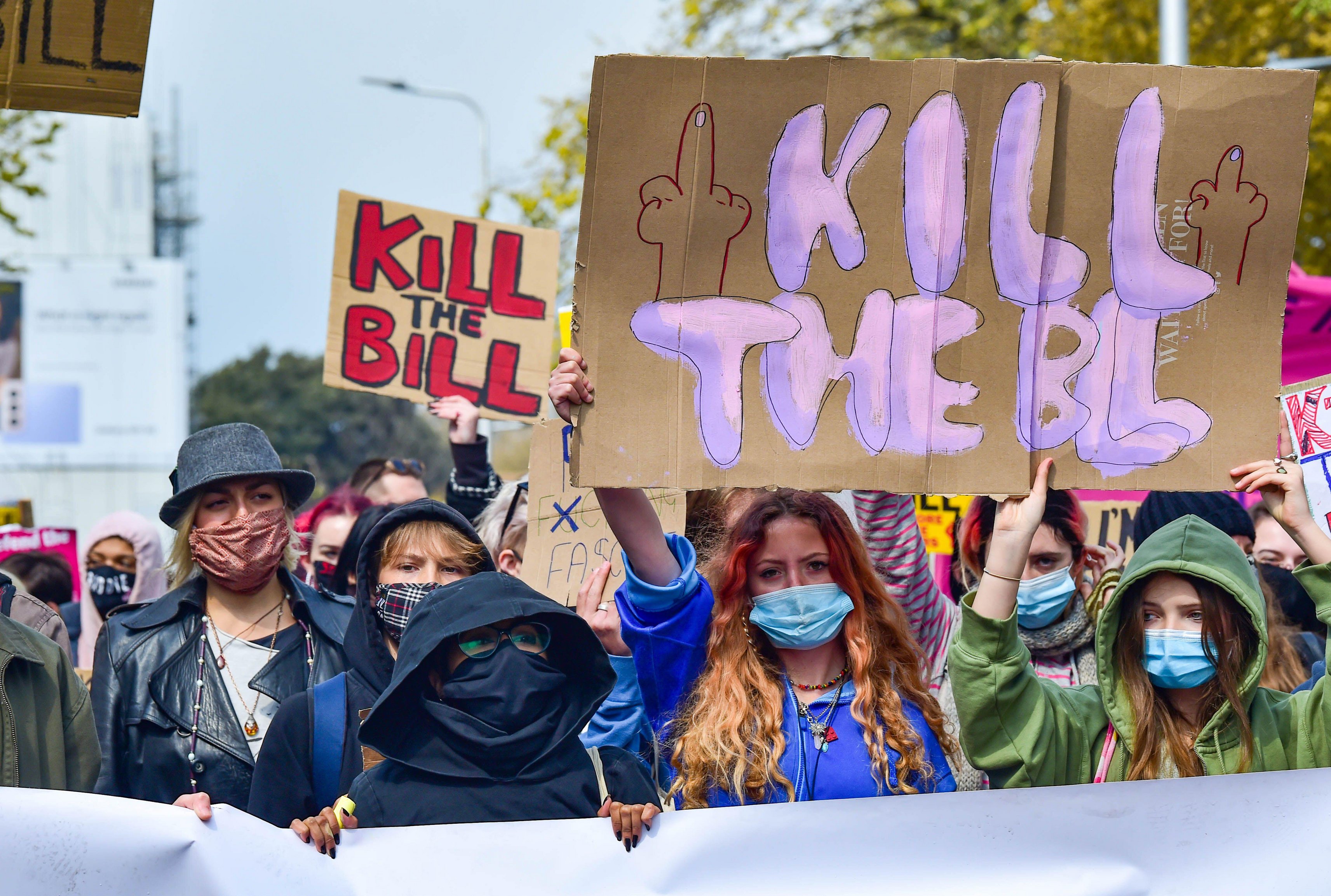 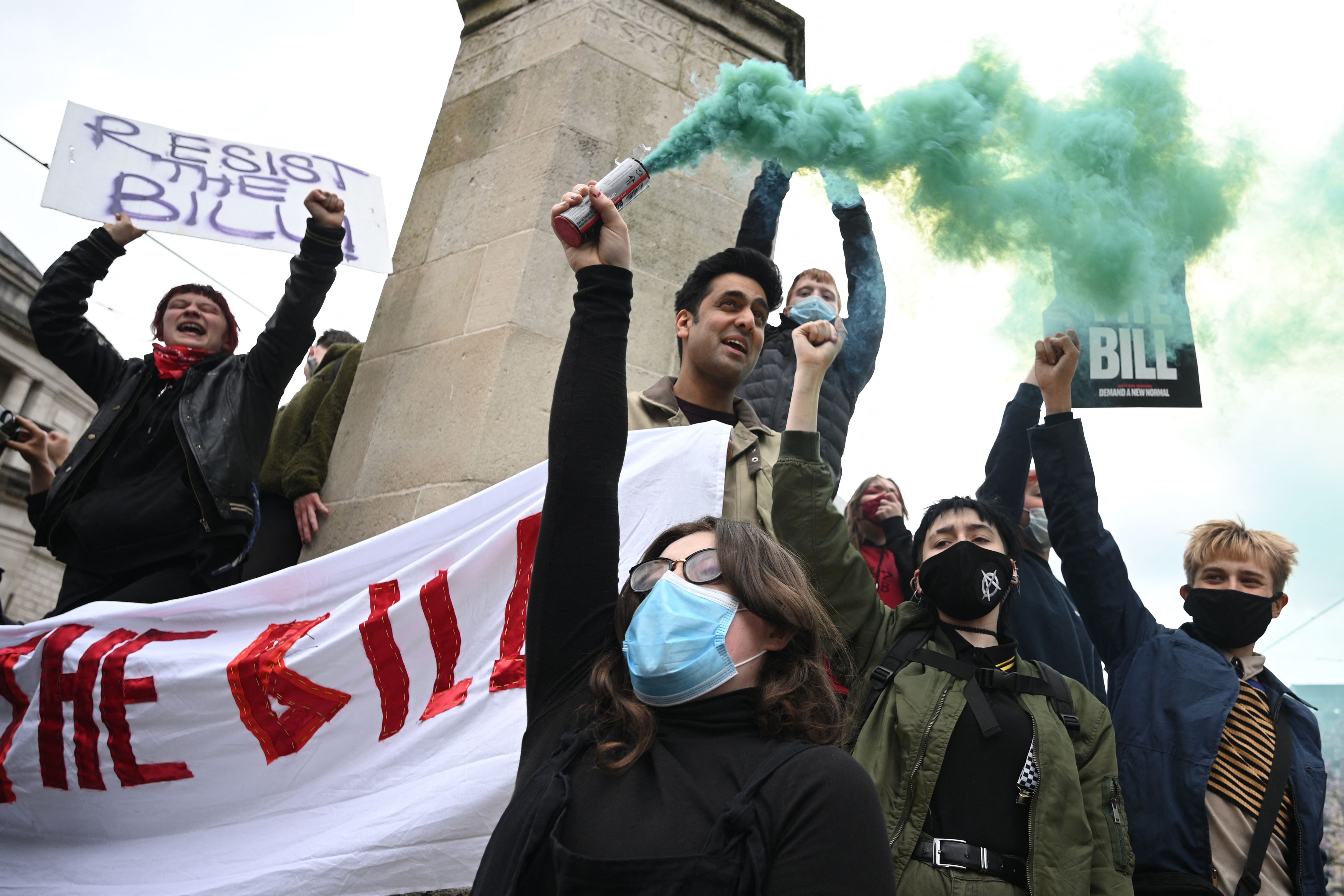 A demonstrator lets off a blue smoke canister in central ManchesterCredit: AFP 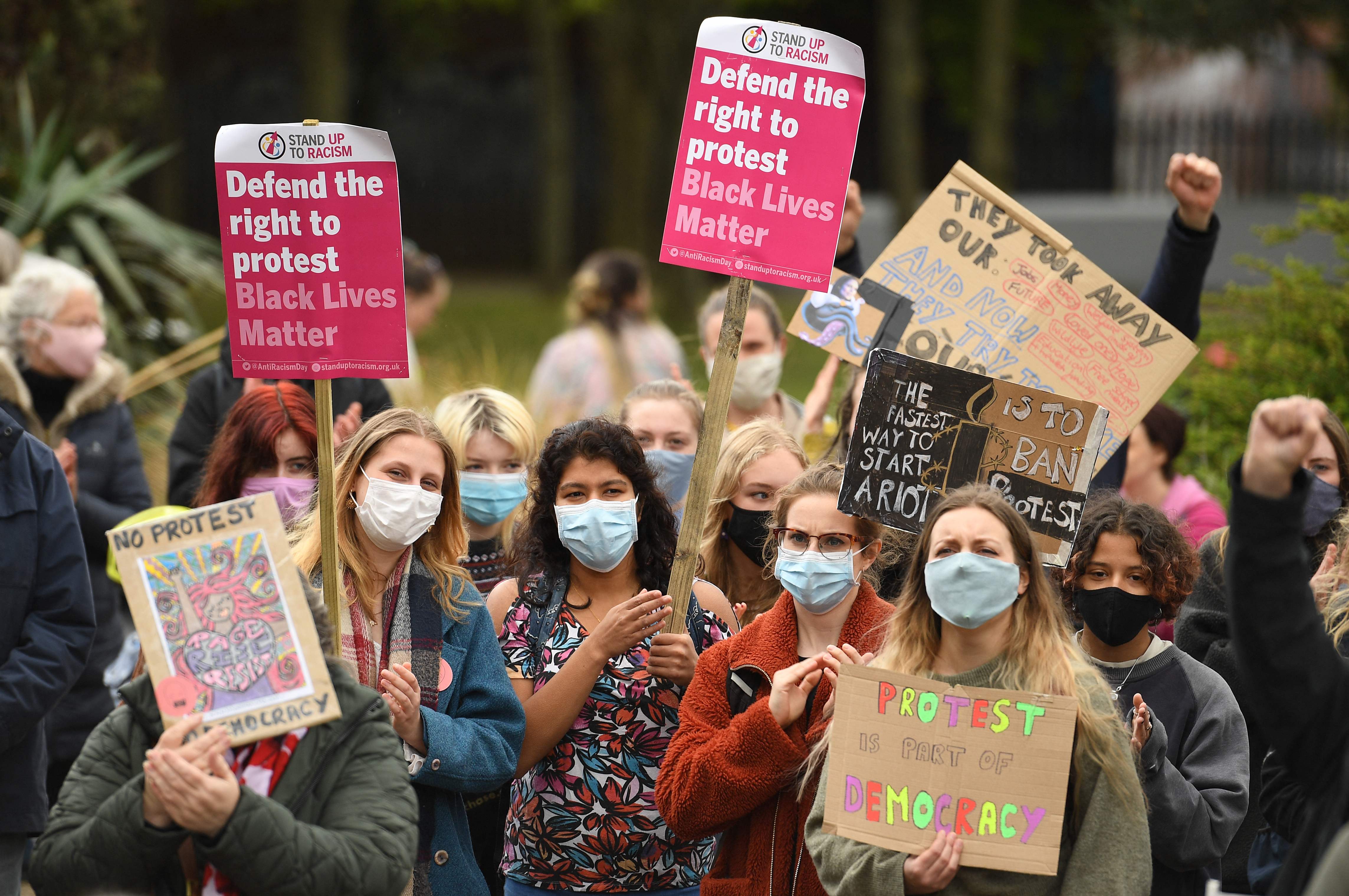 The legislation would give police in England and Wales more power to clamp down on non-violent protests, and would criminalise marches deemed a “public nuisance”.

Protesters gathered in huge numbers in Trafalgar Square in Central London, while hundreds also joined marches in Manchester, Edinburgh, Leeds and Sheffield among other cities.

Nine people were arrested in London during today’s protests, the Metropolitan Police confirmed this evening.

In Newcastle, demonstrators faced off against officers who blocked them from accessing a police station.

One witness said: “Police closed the road and stopped access, there were a couple of scuffles and a few protestors were detained.

“After 30 minutes or so the protestors seemed to realise they wouldn’t get through so moved on.” 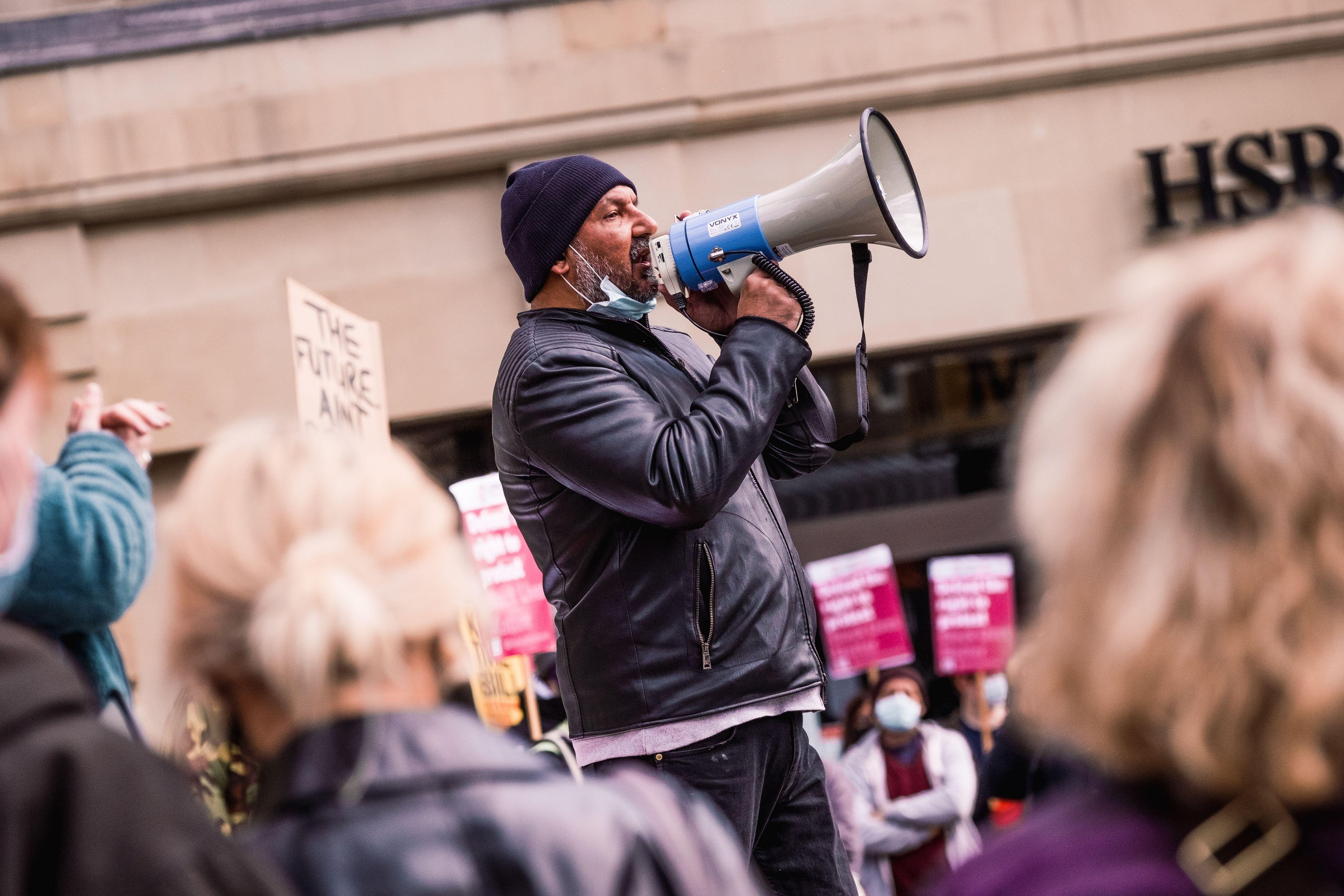 Protestors gathered in Newcastle for the ‘Kill The Bill’ protestCredit: Alamy 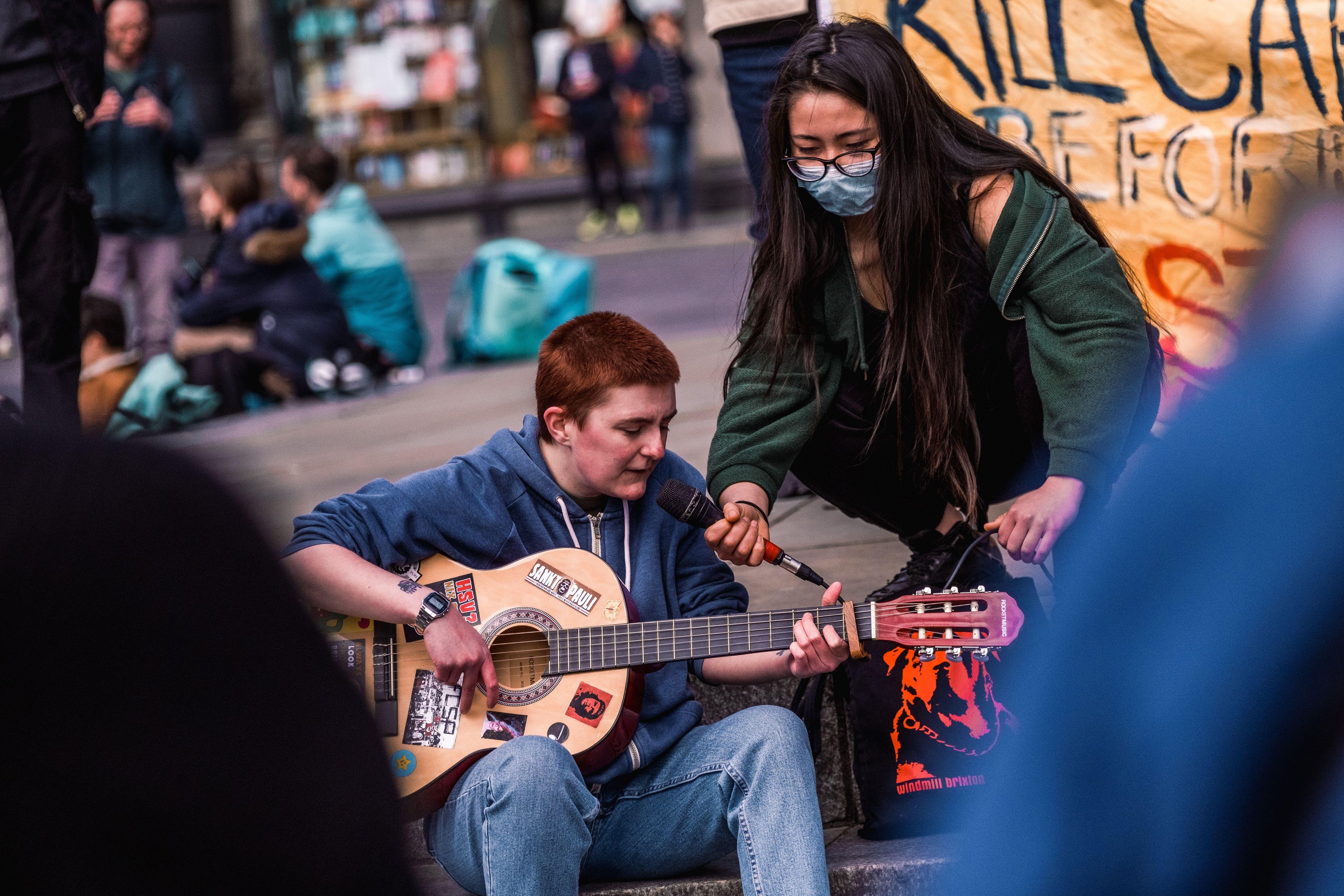 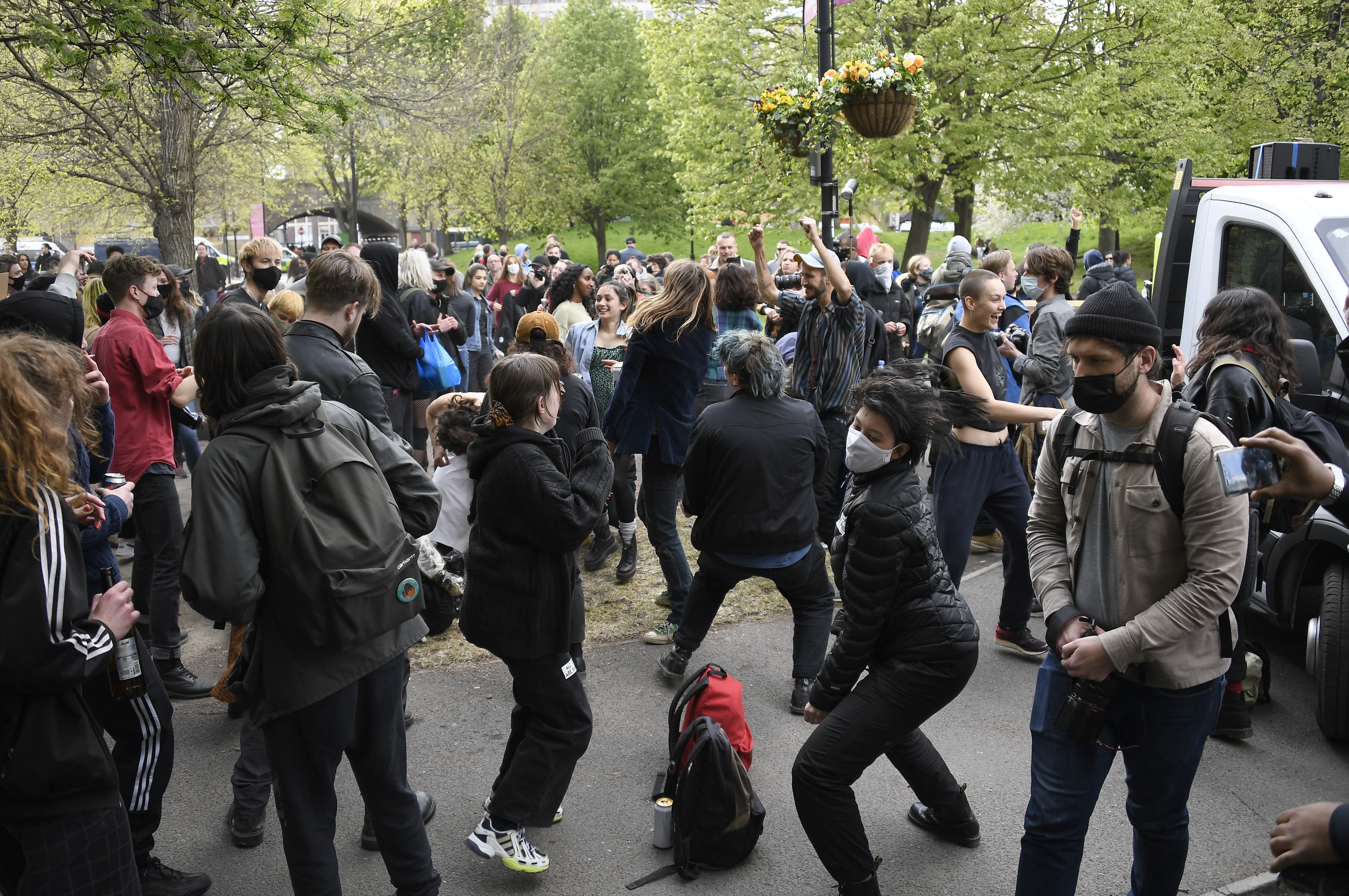 People dance after the ‘Kill the Bill’ protest in central LondonCredit: AP 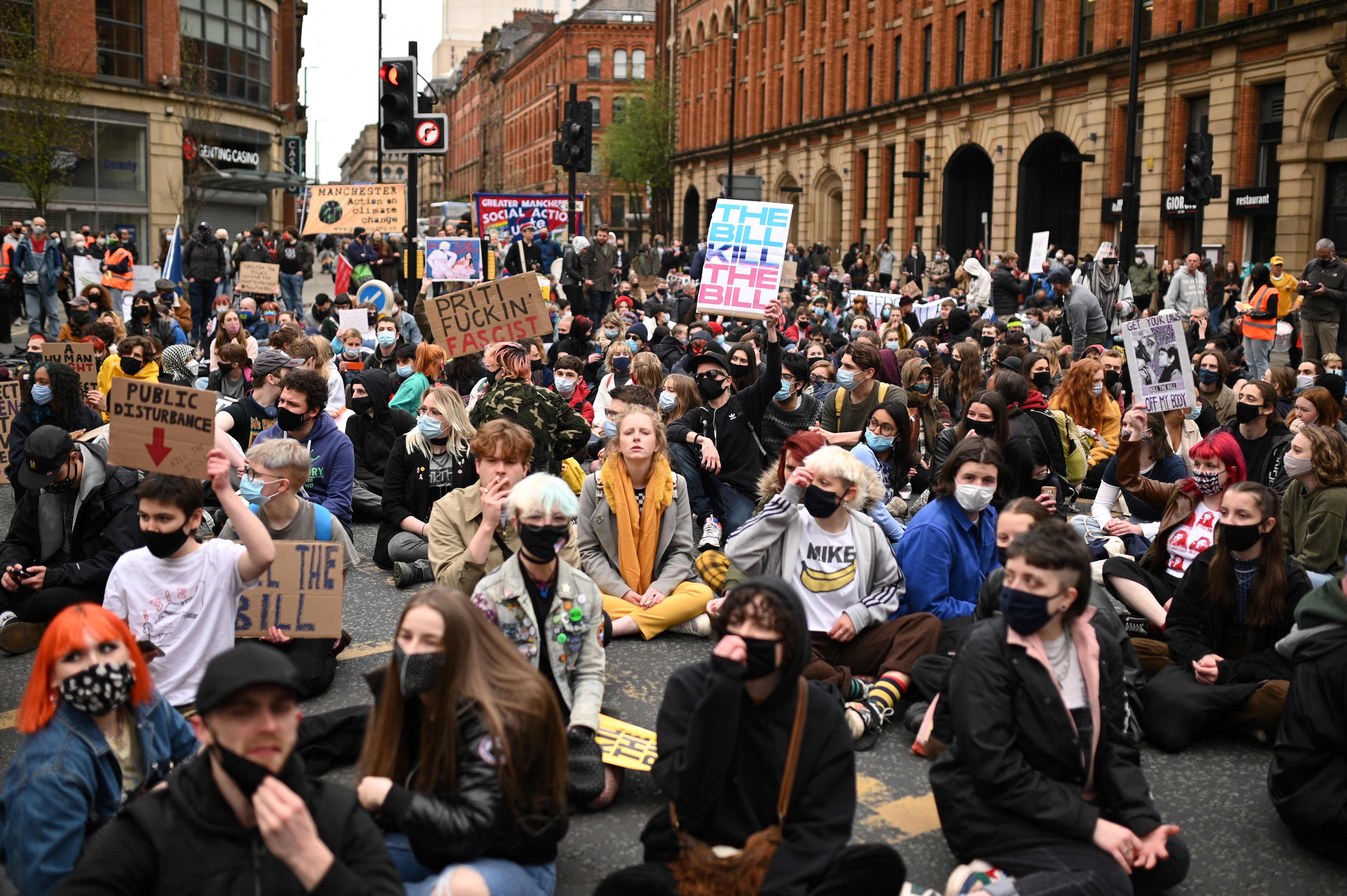 The legislation sparked uproar in March, with Bristol rocked by demonstrations for nearly a week as protests turned violent.

Last month, the Metropolitan Police also arrested 107 people in London in connection with the demonstrations.

The bill is set to progress through Parliament this month – but has been condemned by activist groups.

They added: “These new measures will not stop people from carrying out their civic right to protest and be heard, but will prevent large scale disruption – enabling the silent majority to get on with their lives.”

The Kill the Bill demonstrations coincided with Extinction Rebellion’s “Protest of One” campaign, which saw hundreds of people up and down the country stage one-man road blocks in protest at the Government’s lack of action on climate change.

Thousands gather for anti-lockdown protest in London – despite pubs, shops and gyms reopening