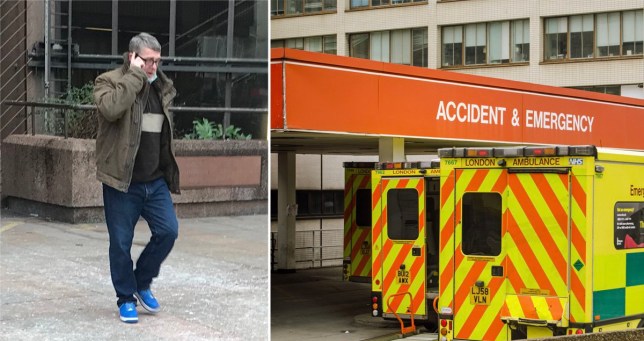 A racist called an A&E security guard the n-word during a rant while drunk and high on heroin and crack cocaine.

Staff at a busy emergency ward at Royal Liverpool Hospital called security guard Bilal Sayaghi after John Hankin, 55, had been ‘aggressive and abusive to members of staff and throwing himself on the floor’.

An A&E nurse thought Hankin was on drugs and needed Mr Sayaghi’s help to keep the man at the hospital so he could be treated.

Mr Sayaghi and two other security guards helped Hankin onto his bed but he ‘tried to stand up and run away’ three times.

When Hankin swung his arms at them and became aggressive, Mr Sayaghi restrained him because the guard was ‘afraid he was going to be assaulted’.

Hankin shouted: ‘You want to break my arm?’

Mr Sayaghi let go of Hankin but he instantly got abusive again and called the NHS worker ‘little n****r’ and ‘dirty n****r’.

Mr Sayaghi ‘was extremely upset and embarrassed by the language used’ by Hankin in a room ‘full of other patients and members of staff’, Liverpool Magistrates’ Court heard today. 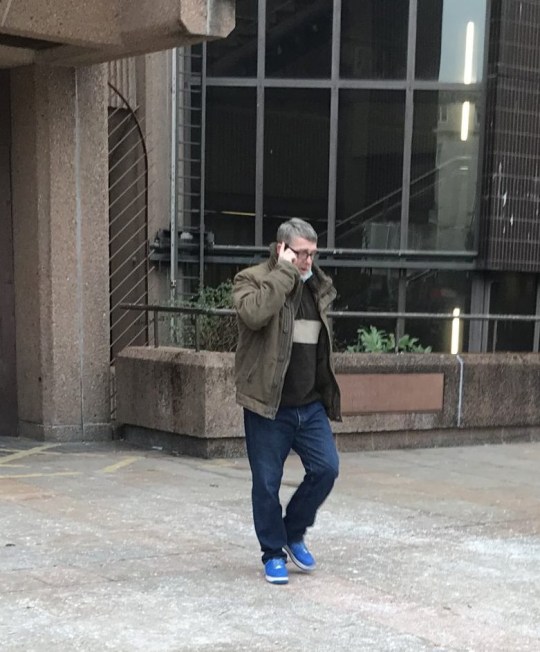 John Hankin (pictured) has been handed a 16-week sentence, given a curfew and made to pay £300 compensation (Picture: Liverpool Echo) 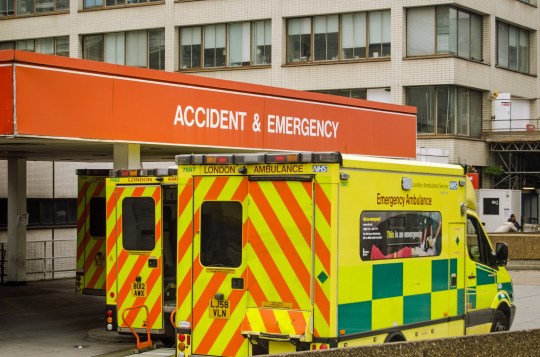 The security guard said he was embarrassed being called a ‘n****r’ in a busy emergency room (Picture: Getty Images)

In a police interview Hankin said he did not remember using the slurs on August 22 last year ‘due to drinking vodka’. He claimed the last thing he remembers was the security officer hurting his arm.

Hankin, of Ashville Road, in Wallasey, Merseyside, also said he did not remember why he was at the hospital and believes that ‘if he was trying to leave he should have been allowed to leave’.

The man has 27 previous convictions for 65 offences although none of them are similar to the offences in August.

Sinead Fearon, defending, said this was the first time in 10 years Hankin had been drinking and doing drugs.

She told the court that although it was fair to describe what happened as ‘troubling and unpleasant’ it was ‘somewhat out of character’ for Hankin.

She argued that the defendant had not been in trouble since 2004 and had a period of ‘relative stability’ when he secured somewhere to live before losing it again.

Since last year, Hankin has stopped drinking, started working with the rehabilitation organisation Wirral Ways, has found accommodation, is back on a methadone script and is getting help from support workers.

He admitted common assault and racially aggravated public disorder with intent to cause harassment, alarm or distress.

District Judge James Hatton said: ‘People come to this court and say they’ve got a problem with drink or drugs but ultimately you made a decision to drink that vodka and take those drugs.

‘Clearly you can’t handle it – your behaviour shows that. What you did to the people working in that hospital, it is unforgiving.’

‘You have sat there with your head bowed, shaking. I hope that is a sign you are ashamed.’

Hankin was handed a 16 week sentence suspended for 12 months and will have to live with a curfew, between 7pm and 7am, for 12 weeks. He was also ordered to pay £300 in compensation.