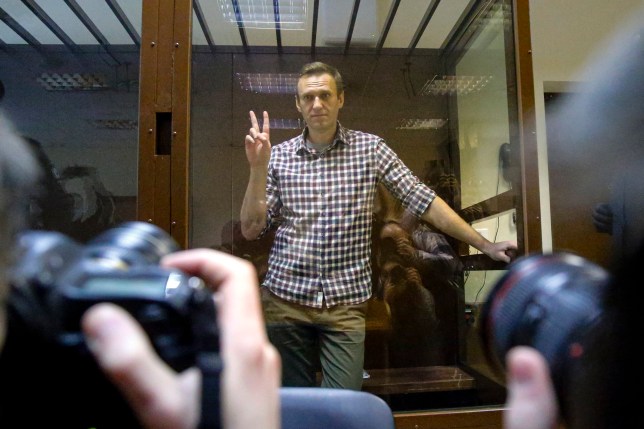 The Kremlin critic Alexi Navalny has been fined for ‘slandering’ a 94-year-old war veteran by calling him a ‘corrupt stooge.’

Mr Navalny – who was poisoned with a nerve agent last year – has also lost his appeal over his prison sentence for violating the terms of his probation.

Russia’s most prominent opposition leader was ordered to pay a fine of 850,000 rubles (about £8,200) in the defamation case.

Mr Navalny called the veteran and other people featured in a pro-Kremlin video last year ‘corrupt stooges’, ‘people without conscience’ and ‘traitors’.

He has rejected the slander charges and said it was part of official efforts to disparage him.

Mr Navalny, 44, is currently serving a prison sentence for violating the terms of his probation while recuperating in Germany from the poisoning which he blames on the Kremlin. He was arrested as soon as he arrived back in the country on January 17.

Earlier on Saturday, a Moscow City Court judge rejected his appeal but reduced the sentence from two years and eight months to just over two and a half years.

During the hearing, Mr Navalny urged Russians to stand up to the Kremlin in a fiery speech which made references to the Bible and the US animated sitcom Rick And Morty, and compared Russian president Vladimir Putin to the Harry Potter villain Lord Voldemort. 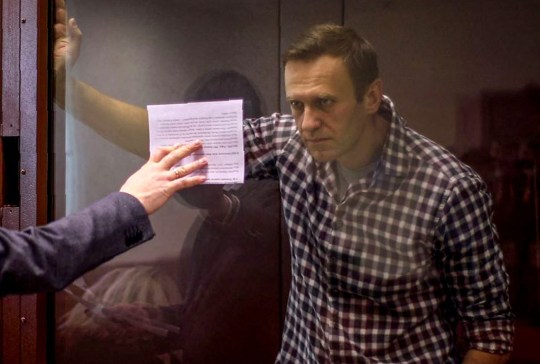 Mr Navalny urged Russians to stand up to the Kremlin in a fiery speech (Picture: Reuters)

His sentence stems from a 2014 embezzlement conviction which Mr Navalny has rejected as fabricated and the European Court of Human Rights has ruled to be unlawful.

The opposition leader has been held in Moscow’s Matrosskaya Tishina prison, but Russian news reports said that after losing his appeal, he would likely be sent to a prison in the western part of Russia within the next few days to serve out his sentence.

His arrest and imprisonment have fuelled a huge wave of protests across Russia. Authorities responded with a sweeping crackdown, detaining about 11,000 people, many of whom were fined or given jail terms ranging from seven to 15 days. 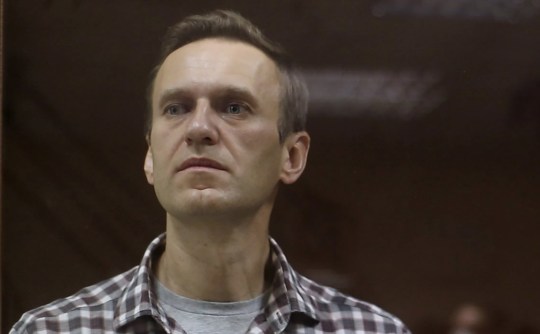 In his speech at the hearing, Mr Navalny urged Russians to resist pressure from authorities and challenge the Kremlin to build a fairer and more prosperous country.

‘The government’s task is to scare you and then persuade you that you are alone,’ he said.

‘Our Voldemort in his palace also wants me to feel cut off,’ he added, in a reference to Mr Putin.

‘To live is to risk it all,’ he said, citing Rick And Morty. ‘Otherwise, you’re just an inert chunk of randomly assembled molecules drifting wherever the universe blows you.’ 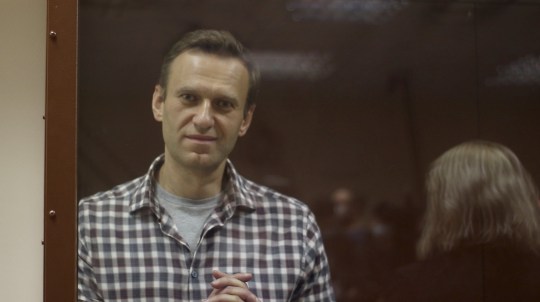 Mr Navalny also addressed the judge and the prosecutor, arguing that they could have a much better life in a new Russia.

‘Just imagine how wonderful life would be without constant lying,’ he said.

‘Imagine how great it would be to work as a judge … when no-one would be able to call you and give you directions what verdicts to issue.’

He insisted that he was unable to report to the authorities in line with his probation requirements while he was convalescing in Germany after his poisoning, emphasising that he returned to Russia immediately after his health allowed. ‘I wasn’t hiding,’ he said. ‘The entire world knew where I was.’