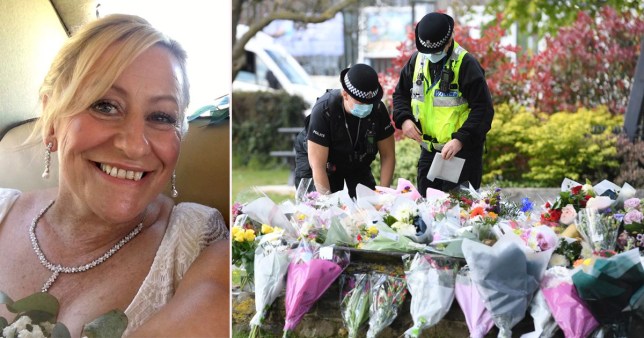 Police investigating the murder of PCSO Julia James are looking at ‘all possible’ motives (Picture: PA)

Police investigating the murder of PCSO Julia James continued to search woodland today as detectives probe whether she may have been the victim of a sex attacker, or targeted for her work on domestic violence cases.

Ms James died from serious head injuries while out walking her dog and her body was found in woods close to her home in the village of Snowdown, near Dover in Kent, on Tuesday.

Her family pleaded for anyone with information about her murder to help get ‘justice for Julia’ on Friday as police revealed they have yet to identify a motive or suspects.

Julia’s uncle Michael Turnbull appealed for the public’s help to ‘find this monster before he can cause more grief to another family’. He described the 53-year-old’s killer as ‘some worthless cowardly excuse for a human being’ who attacked her ‘for no other reason than his own sense of self gratification’.

It comes as Britain’s lead police agency against serious crime has been drafted in to assist Kent Police in the murder hunt.

Investigators from the National Crime Agency (NCA) were spotted examining the scene yesterday and will provide ‘specialist support and advice’ to the ongoing investigation.

A police helicopter was also seen hovering over the village on Friday night for the first time.

The search now appears to be moving away from the remote bridleway where Mrs James was found dead on the edge of Ackholt Woods just a few hundred yards from her home.

Investigators combed nearby fields today potentially tracing possible routes the killer could have used to flee the scene.

Officers in Hi-Vis jackets man every public footpath entrance in order to protect the vast crime scene while the meticulous search for a murder weapon continues. 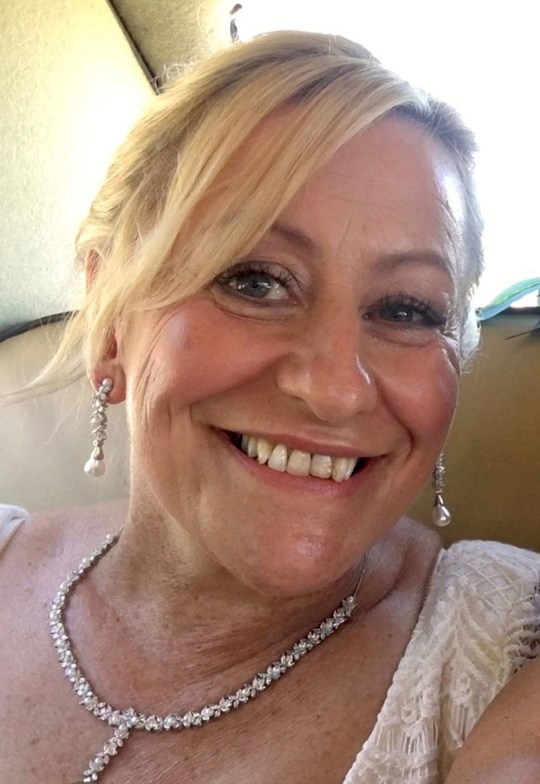 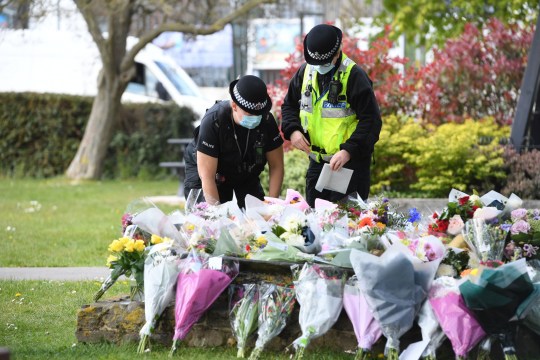 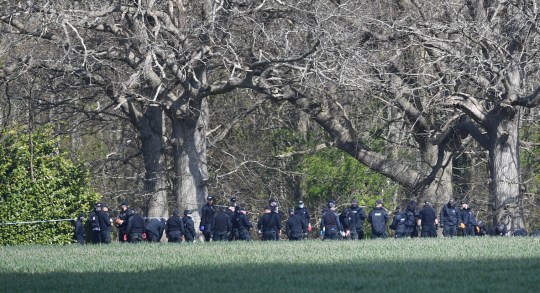 Police officers search a field close to the scene in Snowdown (Picture: PA)

At a press conference on Friday, Kent Police Assistant Chief Constable Tom Richards urged locals to be ‘vigilant’ and ‘aware of their surroundings’.

He declined to rule out that Ms James was killed by a stranger, someone she came across during her work, someone trying to steal her dog, or as part of a sexual assault.

The officer leading the investigation said: ‘There are number of potential motives and I’d be lying if I didn’t consider [a sex attack] as one of them.’

On the possibility the killing was revenge for her work as an officer specialising in domestic violence in Canterbury, Mr Richards said: ‘It’s of course a possibility. We are considering all possible motivation and all possible circumstances.’

‘I would like to appeal for witnesses. If anybody saw anything suspicious or strange on Tuesday or Wednesday of this week we are very, very anxious to speak to them.’ 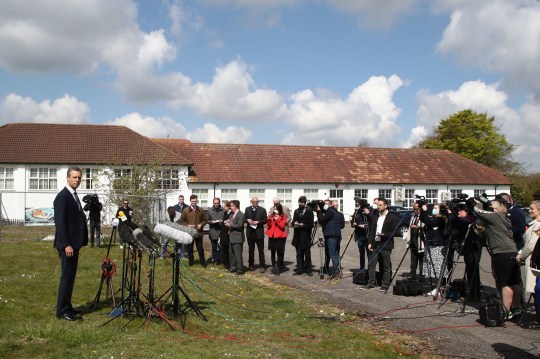 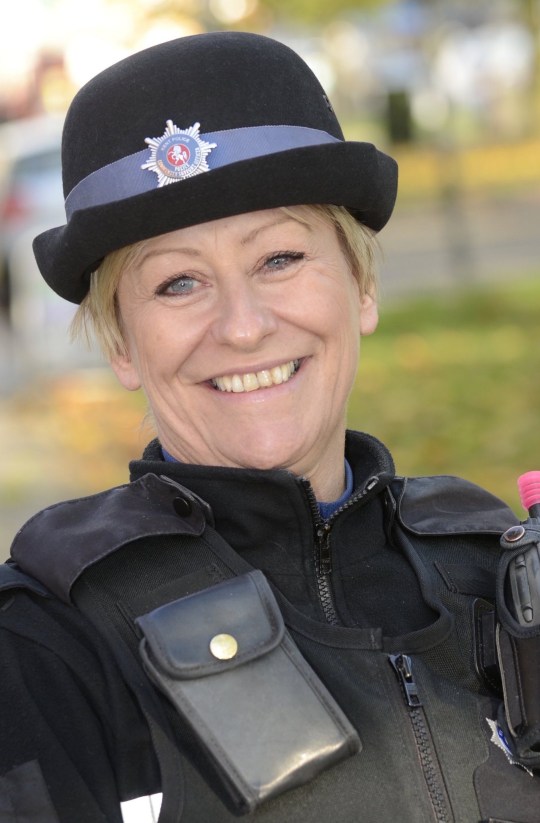 Mr Richards would not comment on any potential murder weapon and also declined to say whether detectives had found signs of a struggle.

Ms James’s body was found just a few hundred yards from her home.

Her death has led to an outpouring of grief, as well as concern in a local community which is less than three miles from the village of Chillenden, where Lin Russell and her six-year-old daughter Megan were murdered in a savage attack while out walking their dogs in July 1996.

Mourners have been laying floral tributes to Ms James in a park in nearby Aylesham village.

Kelly Adsia, a PCSO from Canterbury, who had come to see the tributes, said: ‘We are just completely in shock and completely numb and can’t compute it at all. 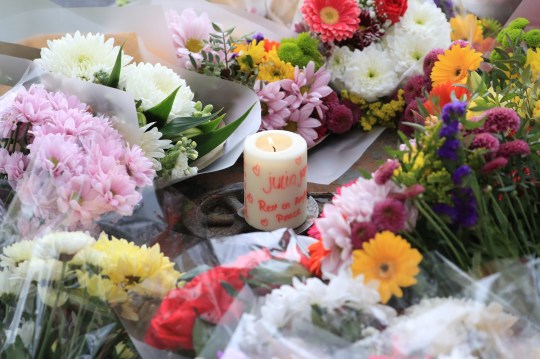 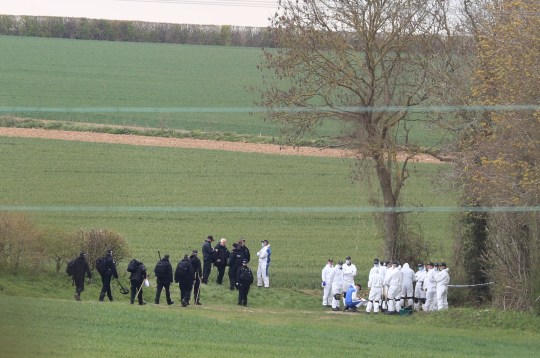 ‘We are just trying to focus on the amazing times we had with her, the laughs and the hugs, rather than what happened because that (her killing) dehumanises her.’

She joined Kent Police in 2008 as a crime reduction PCSO and more recently had supported victims of domestic abuse based at Canterbury police station.

Ms Adsia said: ‘You can say amazing and wonderful but it is not enough and it sounds like a cliche. When you say that someone is lovely, it makes them sound like she was a wet lettuce and she wasn’t.

‘She was so cheeky, funny and naughty. She would walk into the office and we would all be laughing. She was just like a ray of sunshine.

‘There are just not the words you can use (to describe her). She was just so wonderful and lovely.’

Ms James’ family released a statement yesterday describing the ‘huge void’ left in their lives by her death. 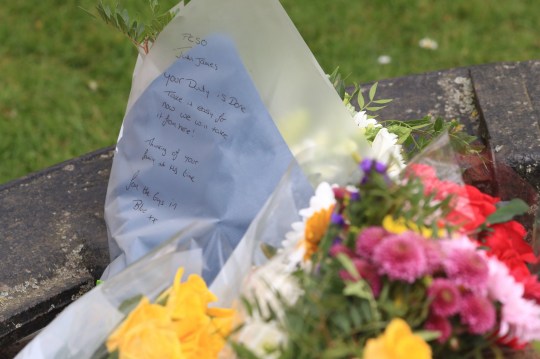 Colleagues pledged ‘we will take it from here’ (Picture: PA) 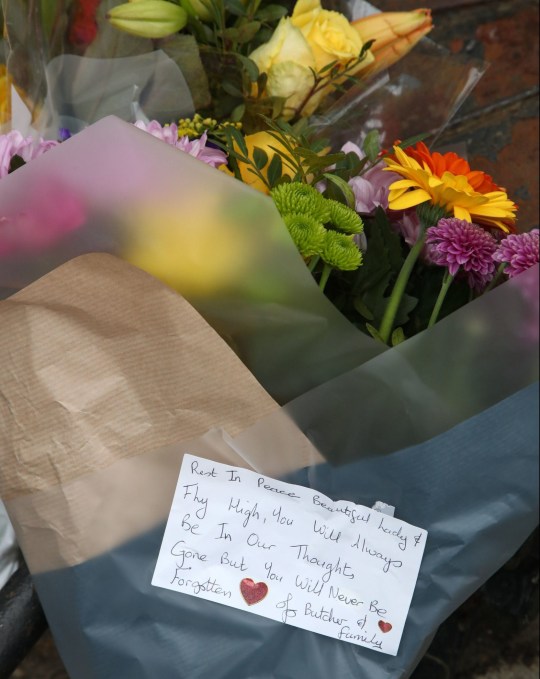 It went on to say: ‘She was so much to so many people; a wife, mother, daughter, nanny, sister and a friend.

‘Mum was fiercely loyal, she loved with her whole heart and nothing was too much trouble for the people she cared about.

‘She had a beautiful smile and was always quick to laugh, she was so naturally funny with a brilliant sense of humour.

‘It’s difficult to describe a person in a few sentences, to describe who they truly were is impossible, but the people who knew her will know how kind she was and how she would bring so much fun and life to a room.’