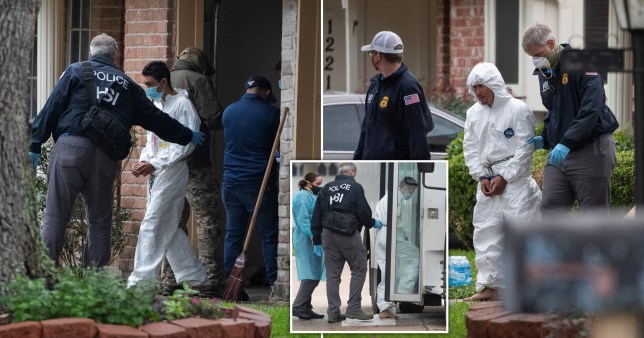 More than 90 people were found packed into the two-storey home (Picture: Reuters)

More than 90 people were found crammed into a two-storey home in Texas in what police are treating as a suspected human smuggling operation.

Officers attended the address in southwest Houston on Friday after receiving a tip overnight about a possible kidnapping.

Daryn Edwards, assistant chief of the Houston Police Department, said the victims were found inside ‘all huddled together’.

Of those inside, around five were women and the rest men. The youngest in the property was in their 20s, while the oldest appeared to be in their 30s.

Assistant chief Edwards said: ‘This is obviously not something we see often, but it is disturbing.’

He added that the scene struck him as ‘more of a smuggling thing and not a trafficking thing’.

Nobody in the address appeared to be injured. 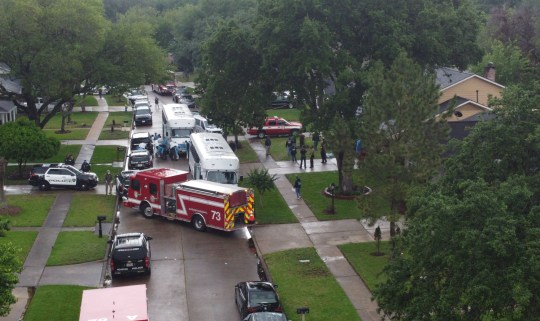 Police activity around the house (Picture: AFP via Getty) 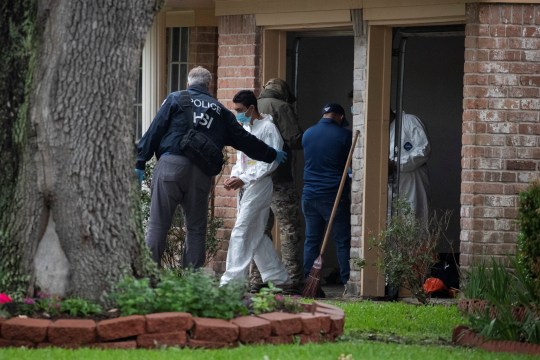 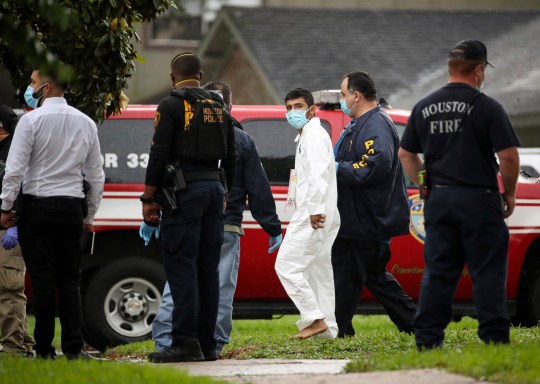 Police officials said the case will be handled by federal authorities (Picture: AP)

But the senior officer said they would have to be tested for coronavirus before being relocated after several presented with symptoms, including fever and loss of taste and smell.

They were given personal protective equipment and ushered onto white buses.

Homeland Security and Immigration and Customs Enforcement agents were seen at the house along with local police and firefighters. 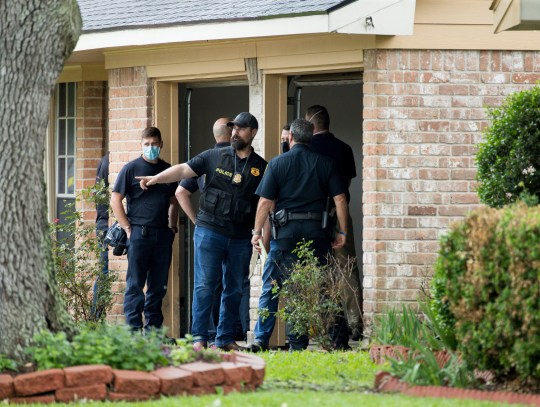 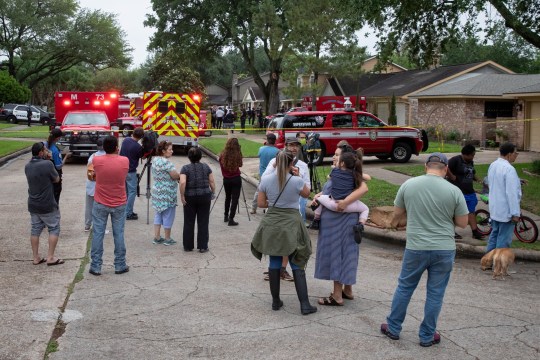 Residents stand behind a police cordon near the property (Picture: Reuters)

Assistant chief Edwards said no arrests had been made in the case as of Friday afternoon and declined to offer further details, citing the ongoing investigation.

But he added that the department was seeking locals’ help with reducing crime across the city, saying: ‘Even if there’s any doubt at all, just call us.’

‘We need the community to be able to speak with us and work with us to resolve incidents.’