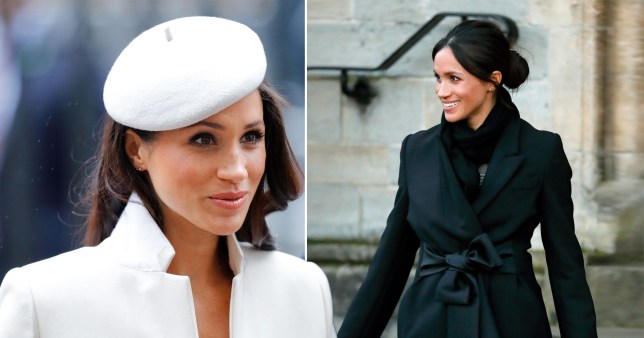 Meghan is said to have rowed with aides about ‘freebie’ designer clothes (Picture: Getty)

Meghan Markle clashed with royal aides over wearing designer dresses, according to reports.

It comes as Buckingham Palace launched a bullying investigation into the Duchess of Sussex, around historic claims made against her when she was a working royal.

She strongly denies all the allegations against her, which arose amid heightened tensions between the couple and the rest of the royal family – and ahead of a highly anticipated interview with Oprah Winfrey early next week. She has also accused the family of ‘perpetuating falsehoods’.

Meghan, who is pregnant and expecting a second child with Prince Harry this year, wore designer labels while she was a working royal.

One unnamed source told The Sun: ‘As an actress it was perfectly acceptable to take freebies sent by fashion chains and designer labels.

‘But Meghan had to be told it was not the done thing when you are a member of the royal family.’

It comes after The Times reported that one of Meghan’s closest advisers, Jason Knauf, had made bullying allegations against her. 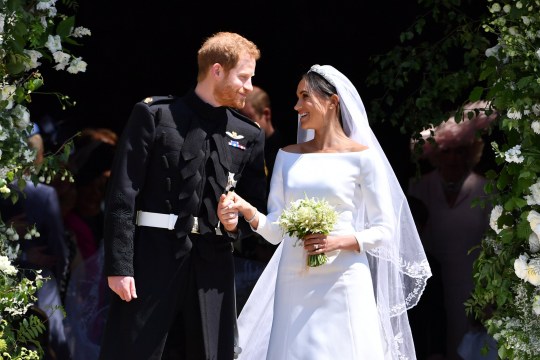 Prince Harry and his wife Meghan at Windsor Castle on their wedding day (Picture: Getty Images)

The paper reported claims that Meghan had driven out two personal assistants and undermined the confidence of a third — allegations which she denies.

Now it is being suggested that some of the rows were sparked by arguments around her clothing.

The royal family are said to be focused on the health of hospitalised Prince Philip, 99.

But Buckingham Palace said it was ‘very concerned’ about the allegations and would look into them.


In a statement in said that the royal household has a dignity at work policy and ‘does not and will not tolerate bullying or harassment in the workplace’.

The Duke and Duchess partly left the country because of what they saw as unfair treatment by the British media and refuse to co-operate with a number of tabloid newspapers, including The Sun.

It is unclear if they deny the allegations around designer clothing in the paper and a spokesman did not immediately respond to a request for comment from Metro.co.uk.

But responding to the bullying allegations generally in a statement earlier this week, a spokesman for the Sussexes said: ‘Let’s just call this what it is — a calculated smear campaign based on misleading and harmful misinformation. We are disappointed to see this defamatory portrayal of The Duchess of Sussex given credibility by a media outlet.

‘It’s no coincidence that distorted several-year-old accusations aimed at undermining The Duchess are being briefed to the British media shortly before she and The Duke are due to speak openly and honestly about their experience of recent years.’

He continued: ‘In a detailed legal letter of rebuttal to The Times, we have addressed these defamatory claims in full, including spurious allegations regarding the use of gifts loaned to The Duchess by the Crown.

‘The Duchess is saddened by this latest attack on her character, particularly as someone who has been the target of bullying herself and is deeply committed to supporting those who have experienced pain and trauma.

‘She is determined to continue her work building compassion around the world and will keep striving to set an example for doing what is right and doing what is good.’