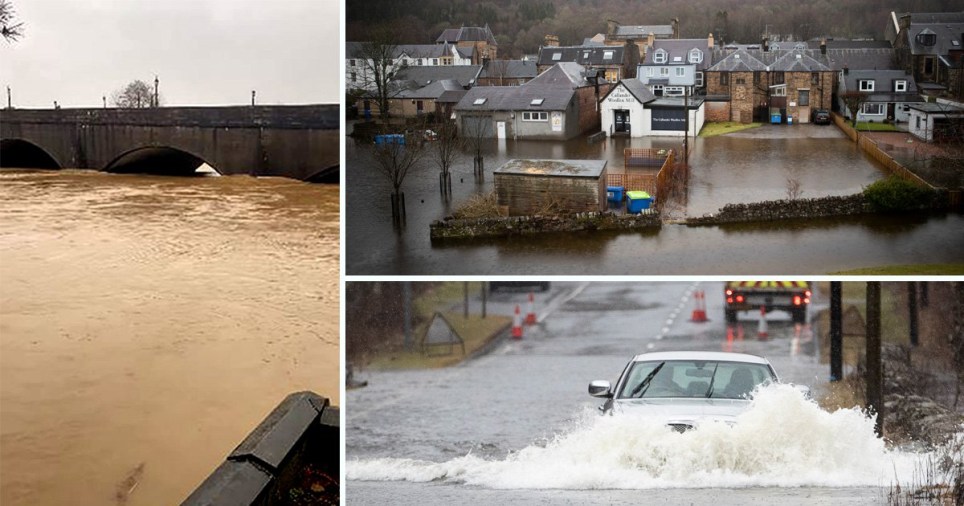 Weather warnings have been issued in several parts of the UK today amid torrential rain (Picture: PA)

Torrential rainfall in parts of the UK has cut off roads and railways and has forced people to flee this homes.

A swathe of weather warnings covering parts of Scotland, north-west England and Wales remained in place this evening, after some areas were struck by 36 hours of downpours.

In Wales, footage shared on social media showed a swollen river at Pontypridd, while other videos revealed flooded parts of Carmarthen where the River Towy burst its banks.

Malcolm Rees, 54, a coracle boat maker in Carmarthen, said one of his sheds was submerged in one metre deep floodwater.

He said his family had been using the shed since the 1930s and in his father’s time using it the river had only come in once in 1987.

But Mr Rees added: ‘In the last couple of years it’s been in three of four times.’

He said floodwater deposited silt and sediment after draining away, with ‘sludge’ left ‘everywhere’. 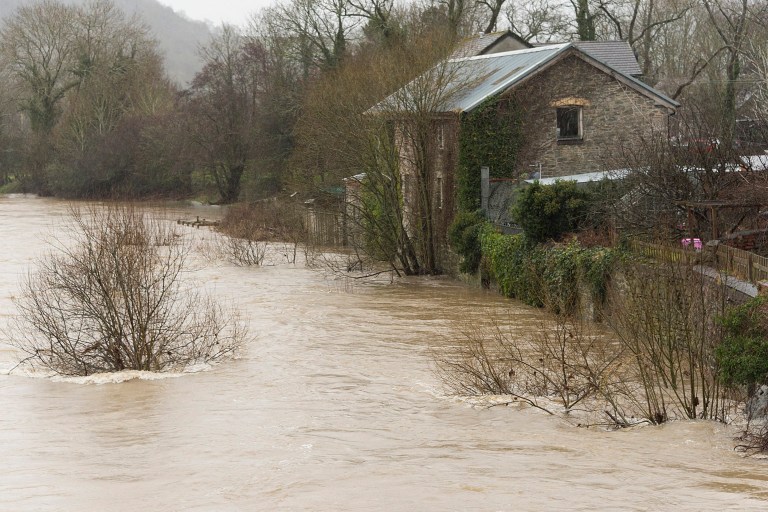 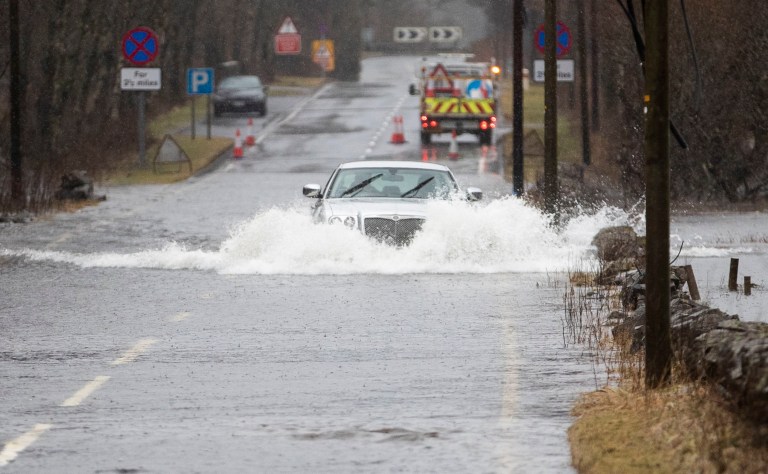 Drivers battle their way through floodwater on the A84 near Callander, Stirlingshire (Picture: PA) 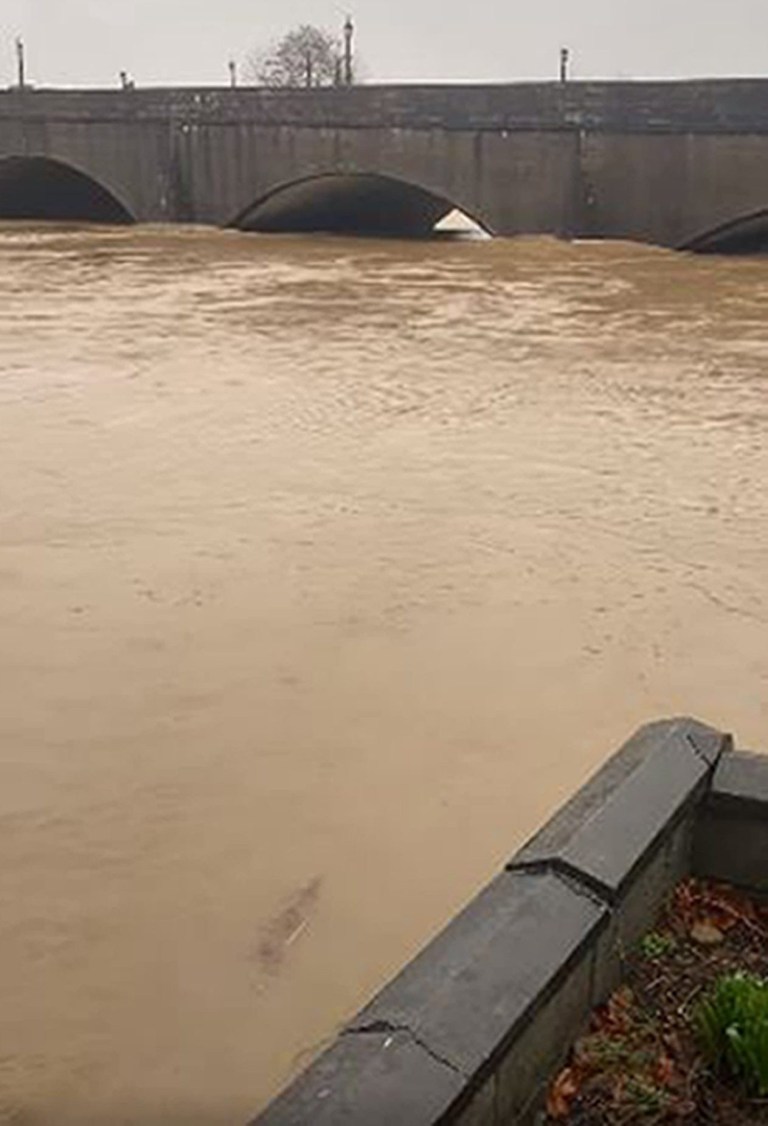 ‘It’s the businesses in the area that I feel for,’ he added, pointing out that a nearby garage and joinery were flooded.

A spokesperson for Natural Resources Wales said the areas most affected by flood warnings were in Carmarthenshire and Ceredigion, with some residents evacuated by the fire service in Newcastle Emlyn.

Data was still being compiled, but the Welsh Government-sponsored body believes there are ‘multiple flooded properties in both the Teifi and Tywi Valley’.

Met Office meteorologist Craig Snell said that between 9am on Friday and 6pm on today, Llyn-y-Fan Blaenau in Carmarthenshire had seen the most rain – some 141.6mm.

The average rainfall for the whole of February in South Wales is 98mm, the Met Office previously said. 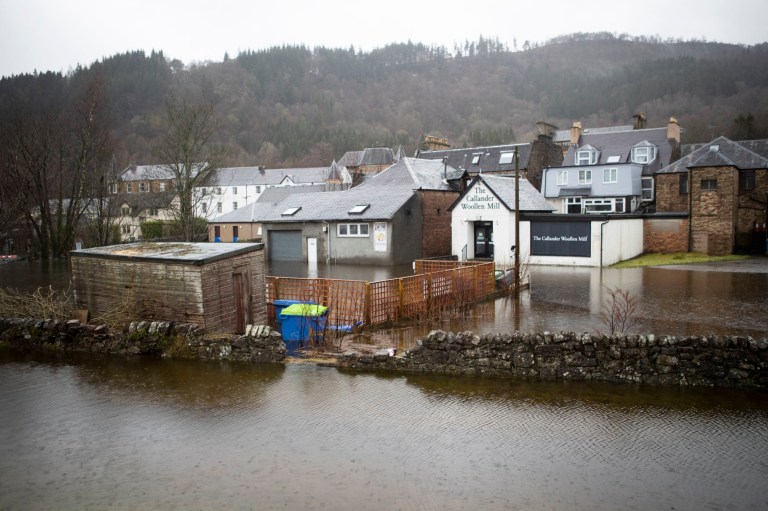 Some homes and have been left completely waterlogged, forcing some to evacuate (Picture: PA) 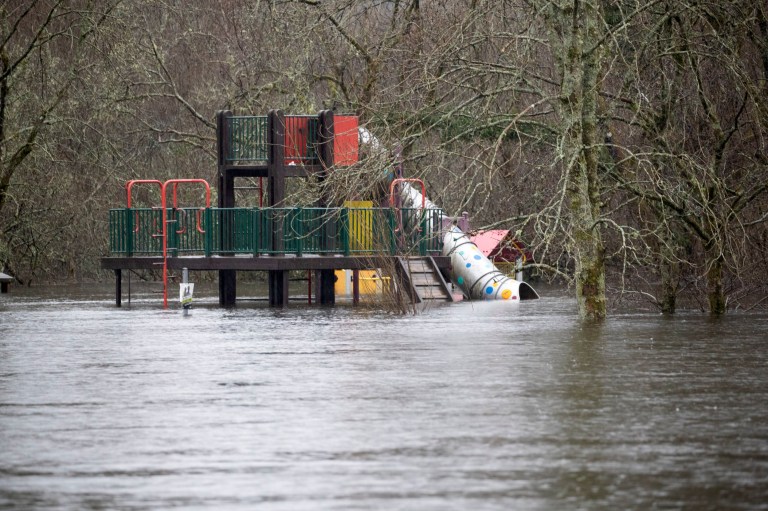 A play park in Callander, Stirlingshire, was left flooded after the River Teith burst its banks (Picture: PA) 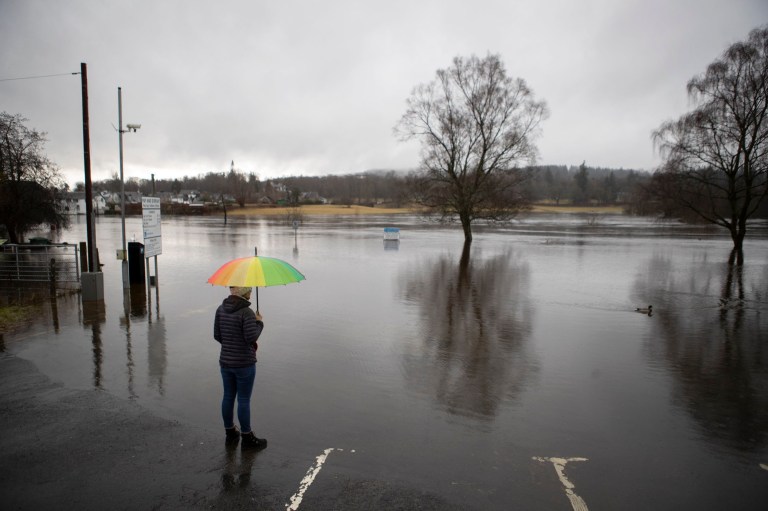 Some areas were hit by as much as 12 hours of continuous rain (Picture: PA)

In Cumbria, over the same period, 130.2mm dropped at Seathwaite and 125.8mm fell at Honister Pass.

The wettest area in the 12 hours to 6pm this evening was High Row, also in Cumbria, that received 43mm.

This morning, floodwater on railway tracks brought disruption to lines connecting Newquay and Par in Cornwall, Hereford in England and Newport in Wales and Abercynon and Merthyr Tydfil in South Wales.

On Twitter, Carmarthenshire County Council shared information on a series of local road closures, warning people to take care due to ‘lots of surface water’.

Ceredigion County Council said a decision was made today to evacuate some residents in the Welsh village of Adpar, with an ’emergency rest centre’ opened at Llandysul at 3pm. 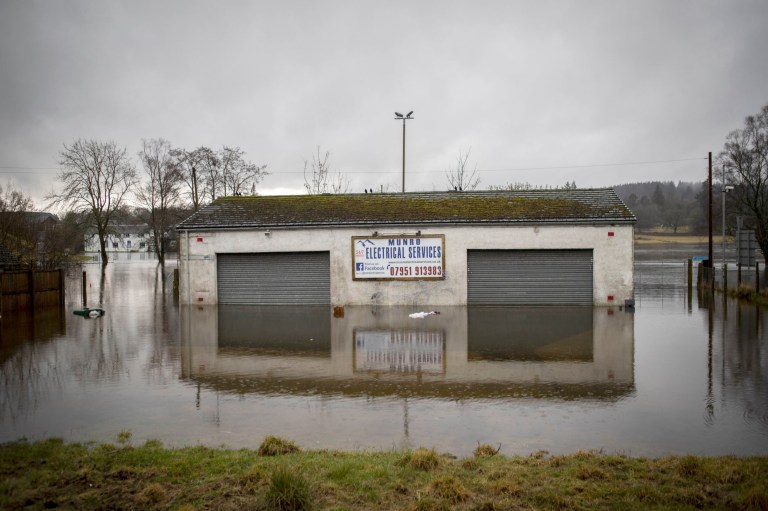 Some businesses in Stirlingshire were left completely waterlogged (Picture: PA) 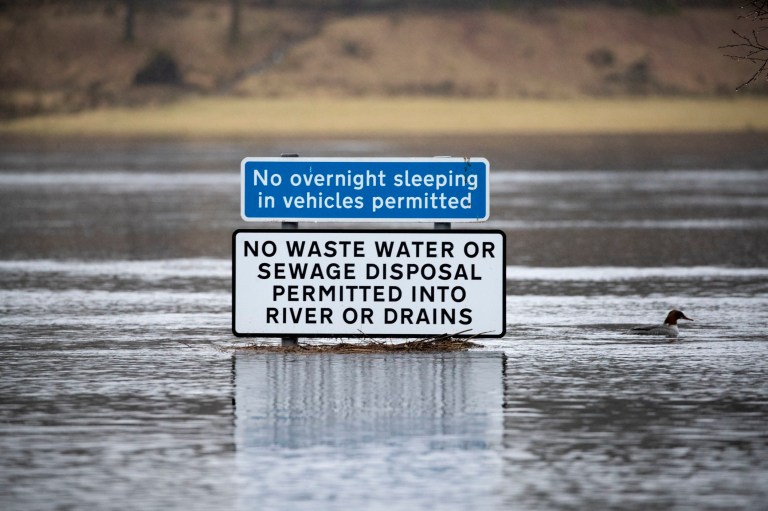 While the rain began to ease this evening, it will take some time for the rivers to return to normal (Picture: PA) 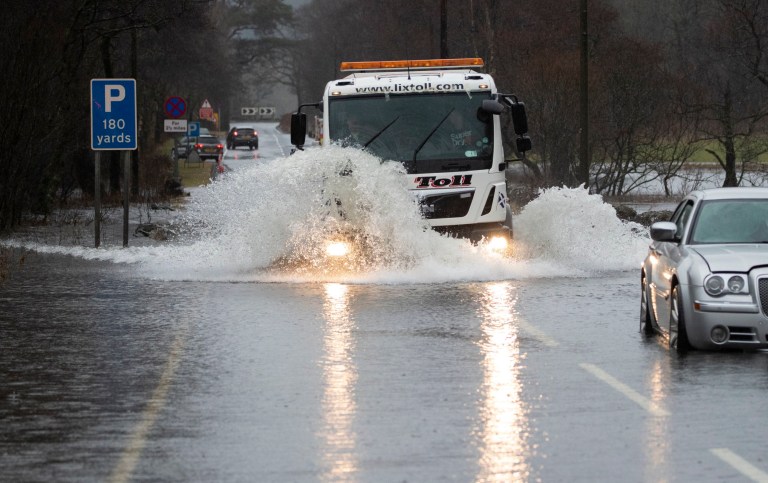 Drivers have been urged to watch out ‘treacherous’ conditions (Picture: PA)

But the council said many residents had decided to stay at home or go to relatives and friends, with the rest centre was stood down three hours later.

It also reported road closures amid ‘treacherous driving conditions’ as well as a landslide at Capel Dewi.

In Scotland, photos taken near Callander, in Stirlingshire, showed motorists trying to drive through flood water along the A84.

Natural Resources Wales currently has 20 flood warnings in place, which advise immediate action, largely across the south of the country, alongside 35 flood alerts.

Mr Snell said areas hit by the wettest weather would see’a little bit of a respite’ through drier conditions tomorrow and Monday.

He added: ‘Certainly we will lose that real heavy and persistent rain what some people have seen over the last 24 to 36 hours or so. The worst of it is almost out the way.

‘Even though the rain is beginning to ease it does take a little while for the rivers to ease down.’

Mr Snell said further wet weather was coming later in the week with a yellow warning for persistent rain issued parts of southern Scotland on Tuesday and Wednesday.

Man, 30s, dead and woman fighting for her life after double stabbing

£20,000 raised for war hero Len Parry who was burgled in hospital

Woman, 24, shocked to find mystery texts threatening to throw acid in her face for 18 months were from her BOYFRIEND

Oxford scientists are looking at possibility of a ‘Covid vaccine pill’