A PLUCKY call centre worker decided to “push the boundaries” when working remotely – by taking Zoom calls while dangling on the side of a cliff face.

Jason Griffin, 34, swapped an office for a portaledge with a 50ft drop into the Irish Sea. 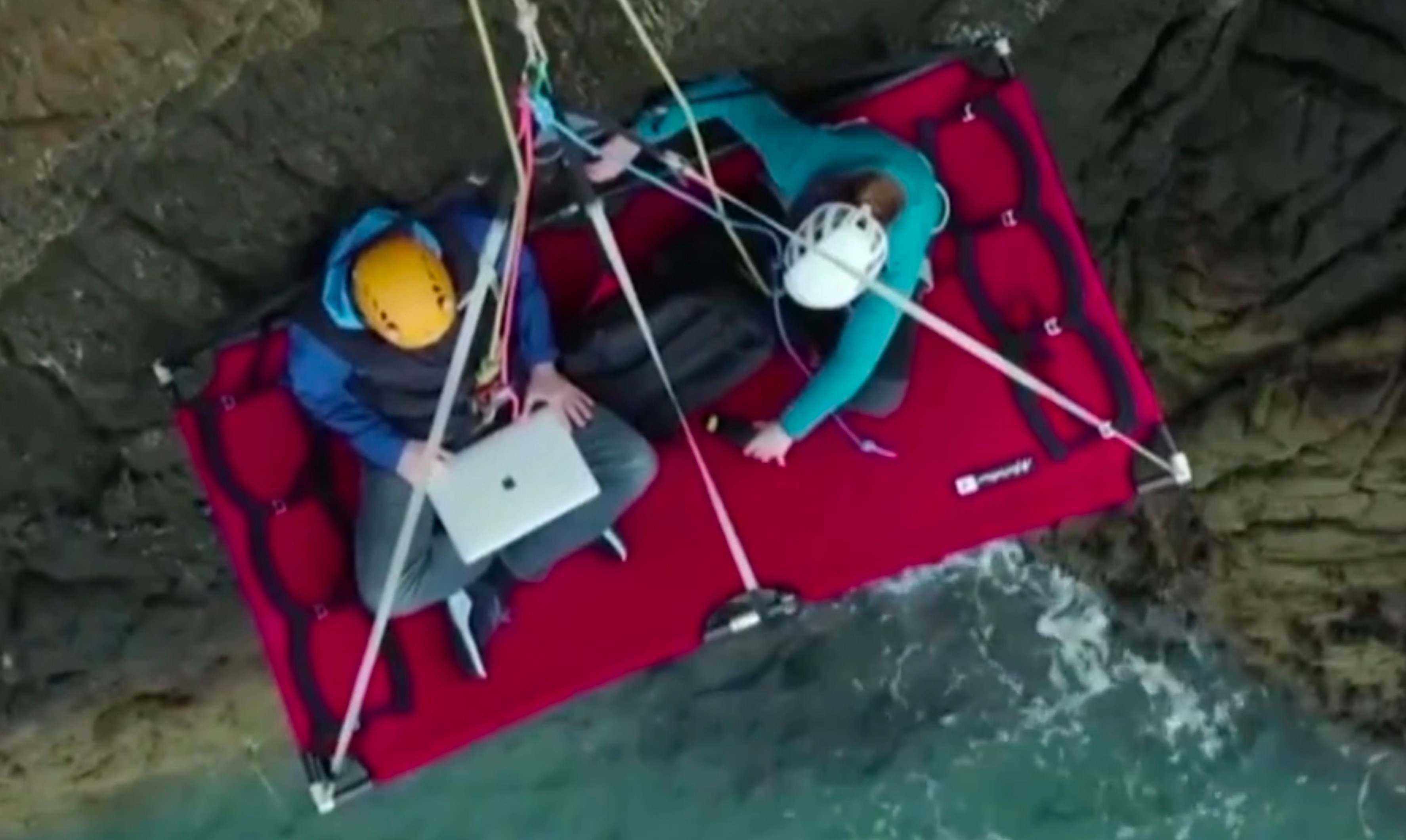 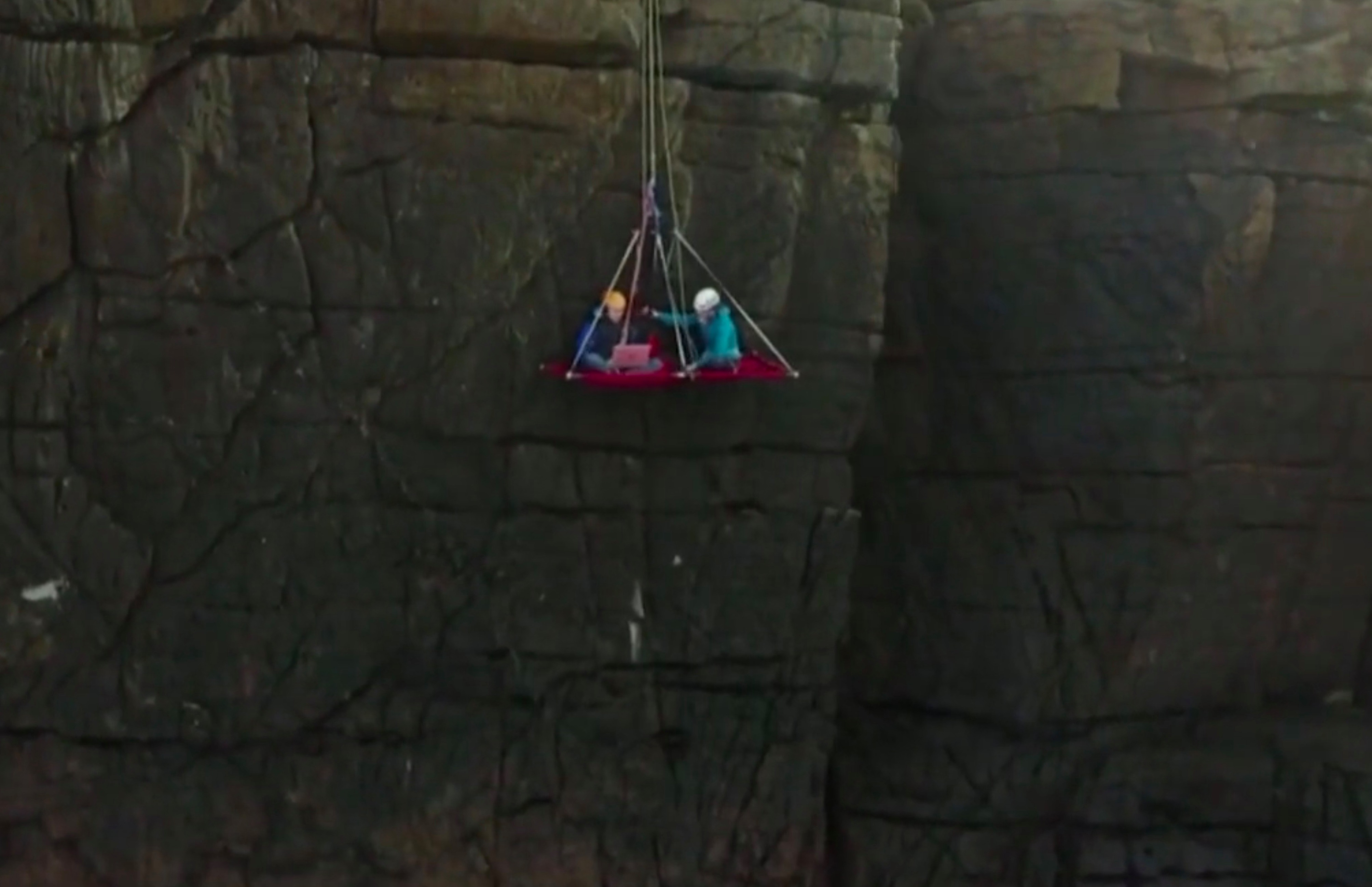 Jason spent eight hours on a portaledge 50ft up

He abseiled down a cliff in Anglesey, North Wales, and spent around eight hours taking calls.

According to Jason, he was more productive suspended off the ground than in a regular office – and his bosses had no idea about the stunt.

He took calls and appeared via webcam on Zoom – while using his mobile phone to sort his laptop signal.

Jason, a senior call centre consultant, said: “I wanted to push the boundaries about what remote working could really become.

“People think working from home has to mean being trapped within four walls when it doesn’t.

‘ANYONE CAN DO IT’

“My bosses and colleagues had no idea. They thought my screen showing the Irish Sea was just a generic background I’d found on Zoom.

“I can’t explain how much better it was than being in a normal office.

“The only negative was that I ended up very sunburnt!”

Jason, who travelled from his home in Glasgow to Anglesey for the stunt, was guided to the platform by specialist Anna Taylor, 22, who is one of Britain’s top climbers.

He added: “I’d only been abseiling a few times. I’m far from an experienced climber and it just shows anyone can do it. 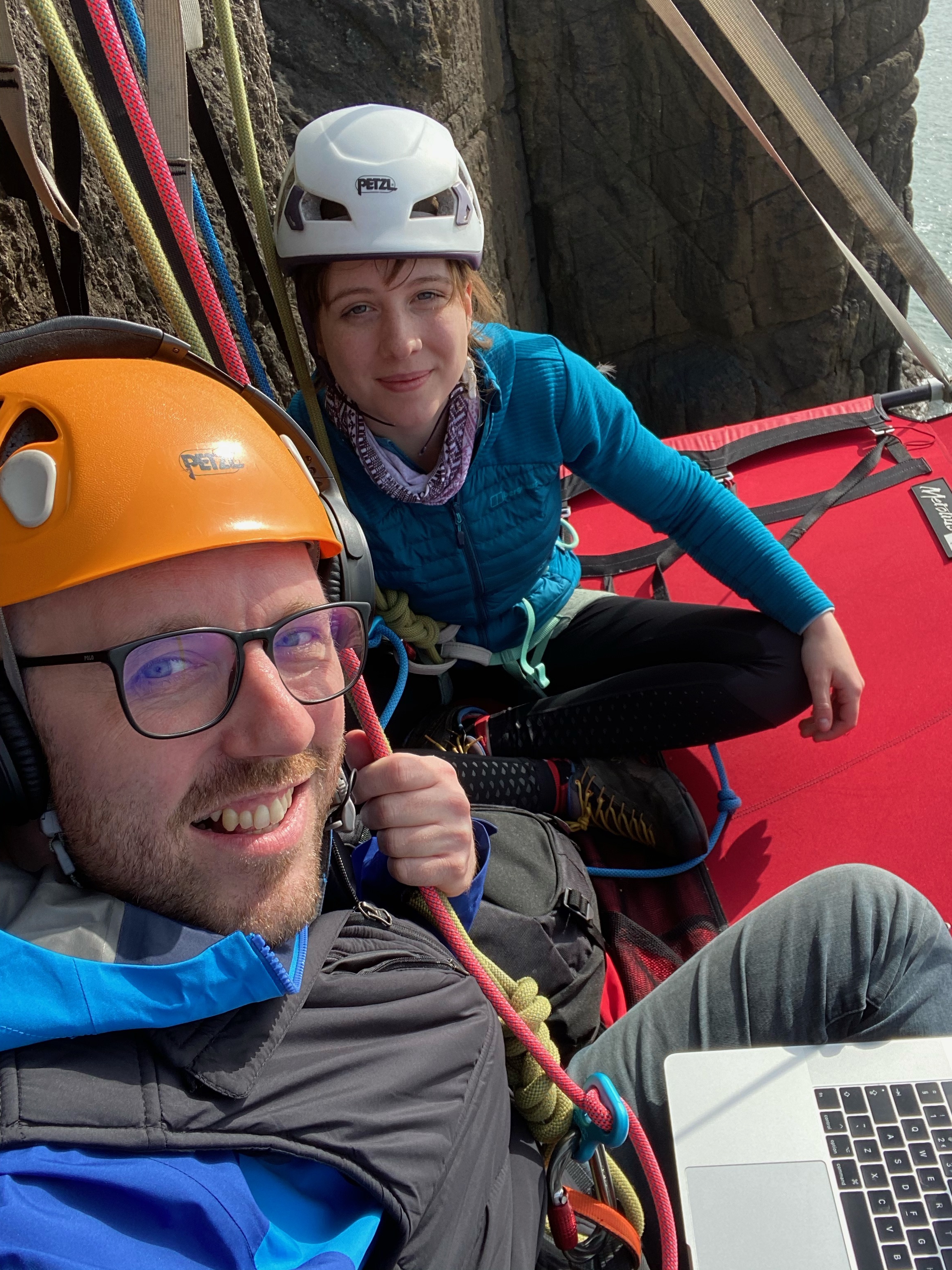 “The traditional five days in the office, Monday, Friday, 9 to 5 – they’re gone, they are not here anymore.”

Jason says he is planning to work from the remote Outer Hebrides for his next adventure.

It comes after a YouGov poll showed two-thirds of Brits want remote working to continue post-lockdown.

Jason travelled from his Glasgow home to Anglesey, North Wales, for the stunt 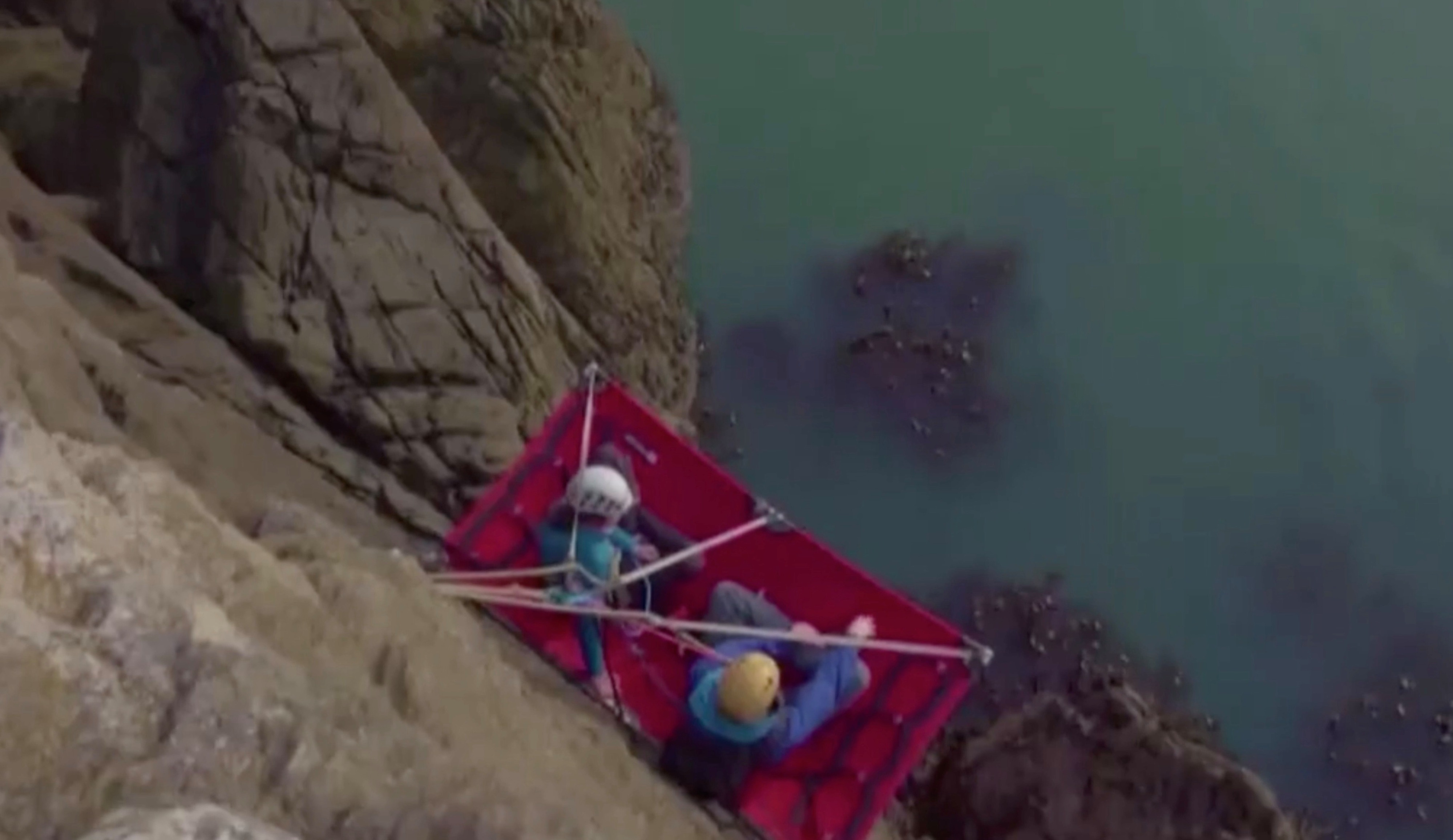 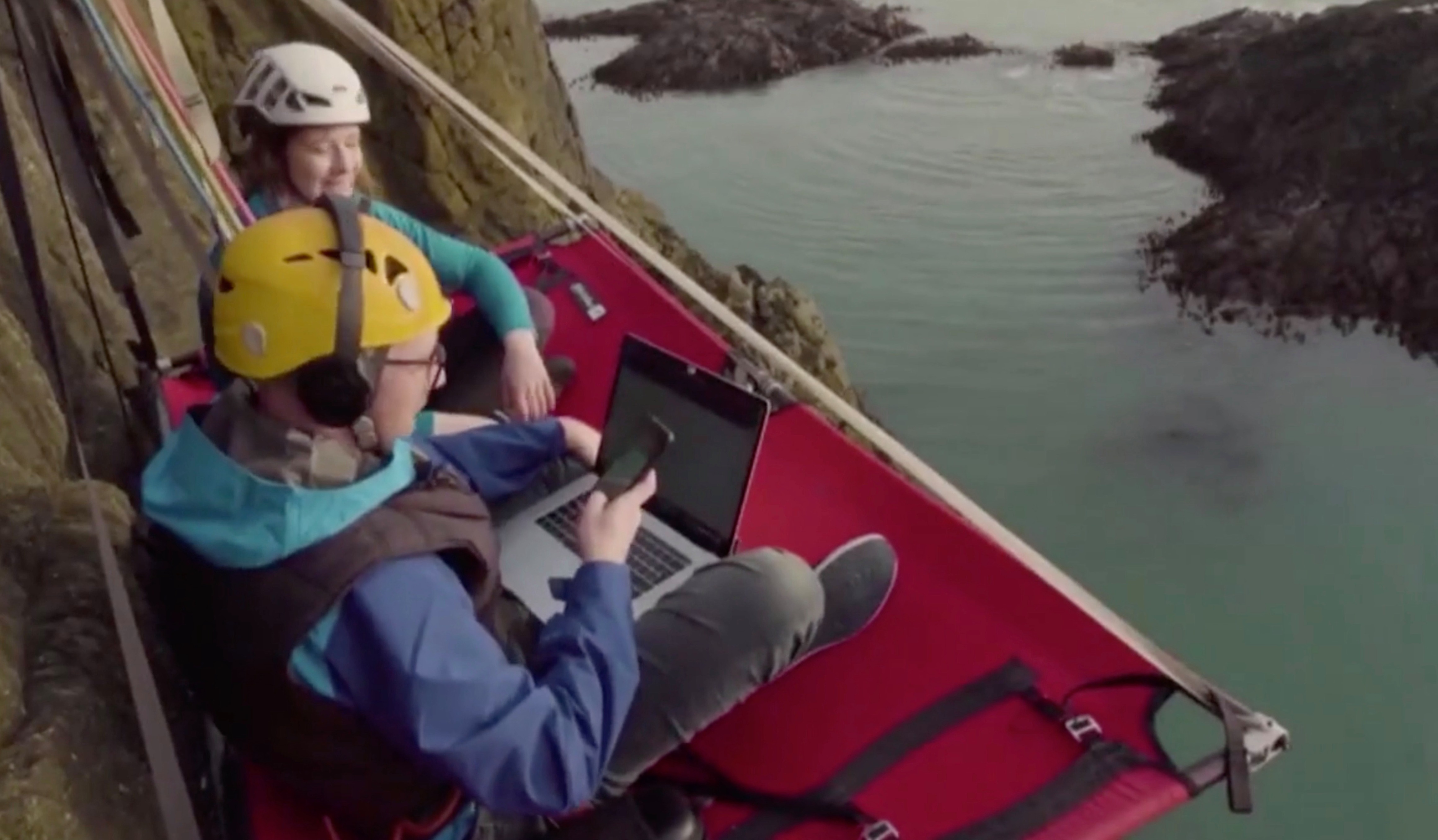 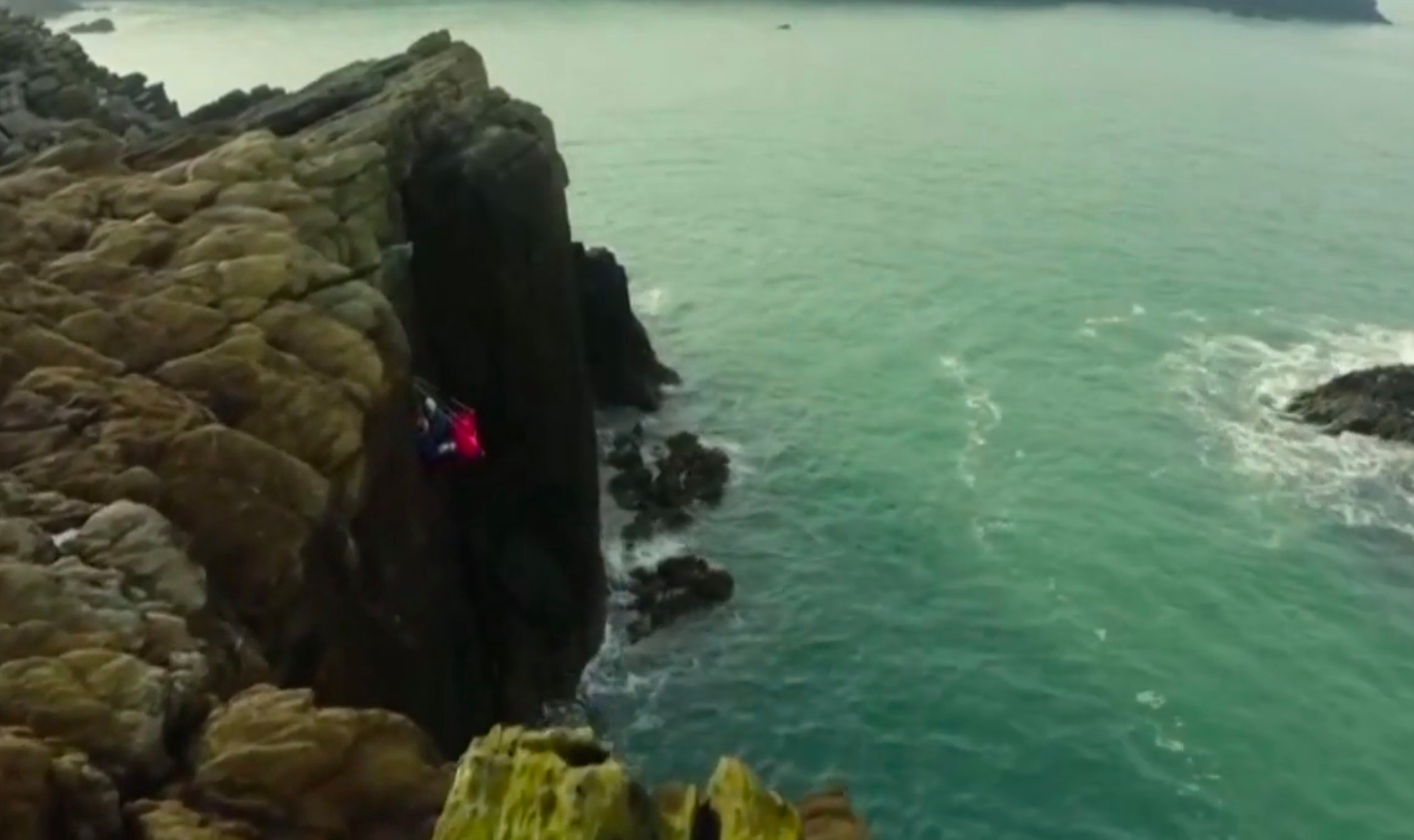