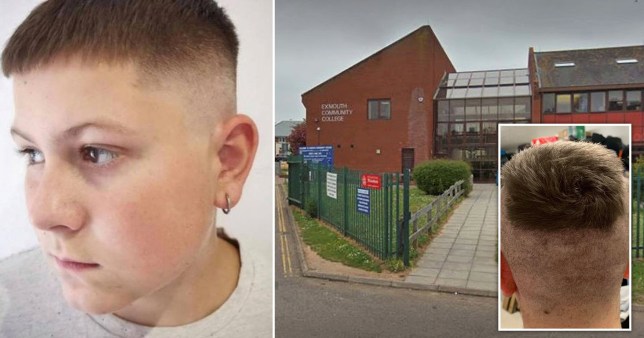 Exmouth Community College put Lealan Hague in isolation after his mum shaved the sides of his head during lockdown (Pictures: BPM Media)

A teenager was forced to spend his first day back at school in isolation because his haircut was too ‘extreme’.

Like everyone else in England, Lealan Hague, 13, was on lockdown since early January. With hairdressers and barbers closed, he resorted to getting his haircut at home, as many others have done.

But his mum Kirsty said the blade on her clippers was broken so she could only give her son a grade zero shave around the sides, leaving his hair longer on top.

When schools reopened on Monday, Exmouth Community College, in Devon, put the Year 9 pupil in isolation because it is against the school rules to have a shaved head.

Instead of seeing his friends for the first time in months, Lealan had to stay in a separate room all day.

He was not allowed out for break times, his lunch was brought to him and he even had to wait until other pupils were in class so he could go to the bathroom without pupils seeing the haircut. 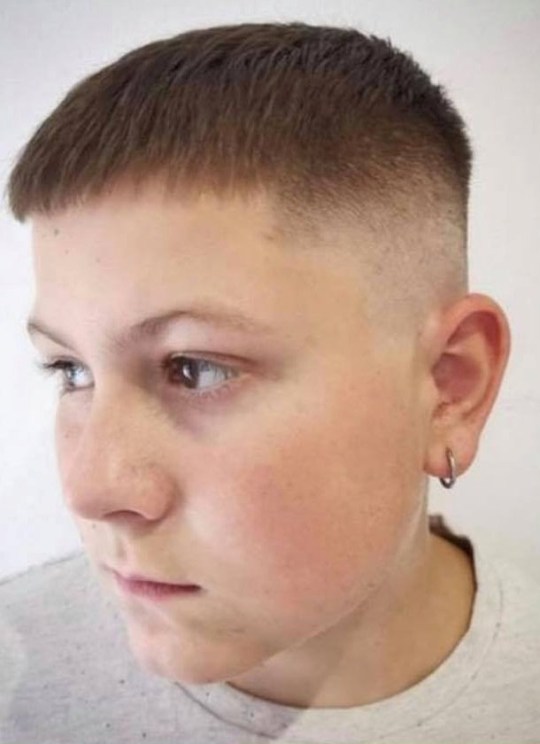 Lealan Hague’s mum said her hair clippers were broken so she could only give him a grade zero shave (Picture: SWNS)

Kirsty said: ‘Lealan badly needed a haircut, as do many, so we cut his hair short because he really suffers from itching with longer hair.

‘It got a bit long and wild during lockdown so I gave him a short back and sides, but it was grade zero as our clipper blade is broken.

‘I thought the school would be a bit more lenient considering the current circumstances, and understand why.


‘They didn’t call me until 3.20pm on Tuesday to inform me Lealan had been put in isolation and said it will happen all week, purely because his hair is too short.

‘I could understand if his hair had markings or things cut into it, or had been coloured, but he’s just literally had a haircut at home which does not affect his learning.

‘It’s hard enough for children and everyone at the moment, they don’t need this on top. He has been in isolation since last March and we haven’t let him go out much or meet his friends. He’s literally been at home.’ 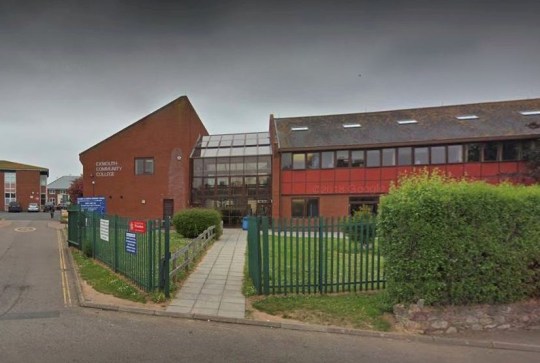 It is against Exmouth Community College’s rules to have a shaved head (Picture: SWNS)

Lealan was allowed out of isolation yesterday. The school’s principal Andrew Davis said: ‘As you would expect, the college has high standards around the appearance of our students. This includes the appropriate wearing of uniform, jewellery and haircuts.

‘During lockdown we are aware that some students find it difficult to have an appropriate haircut and so we have modified our normal standards to accommodate such issues.

‘In this particular case, it was a very extreme haircut and so we did provide alternative onsite learning while we investigated the circumstances.

‘Within a short space of time those circumstances were explained to us and the student was allowed to return to his lessons as normal and no further action will be taken.’