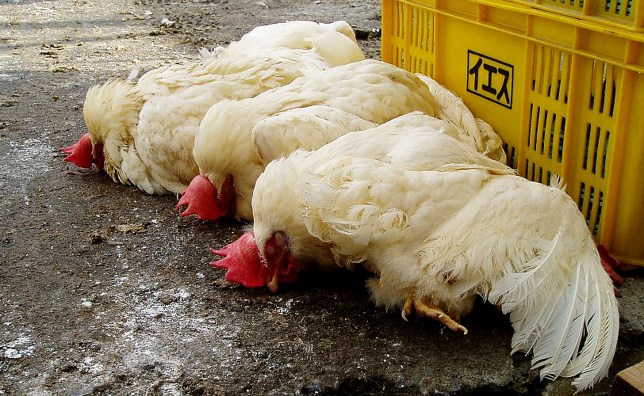 Seven workers at a poultry farm in Russia have been infected (Picture: Getty)

A strain of bird flu has spread to humans for the first time, according to scientists in Russia.

Tests found traces of the H5N8 strain of avian flu were present in samples collected from seven workers at a poultry farm in southern Russia, where an outbreak was recorded among the birds in December.

The head of Russia’s health watchdog Rospotrebnadzor, Anna Popova, said the findings have already been reported to the World Health Organisation.

The workers did not suffer any serious health consequences and Ms Popova stressed there was no sign of transmission between humans so far.

Previously another strain of bird flu – H5N1 – has been known to spread to humans.

Outbreaks of the H5N8 strain have been reported in Russia, Europe, China, the Middle East and North Africa in recent months but only in poultry.

It is highly contagious and lethal for birds it has never before been reported to have spread to humans.

Hundreds of thousands of birds have had to be killed to stop the infection spreading after outbreaks in farms across the world. 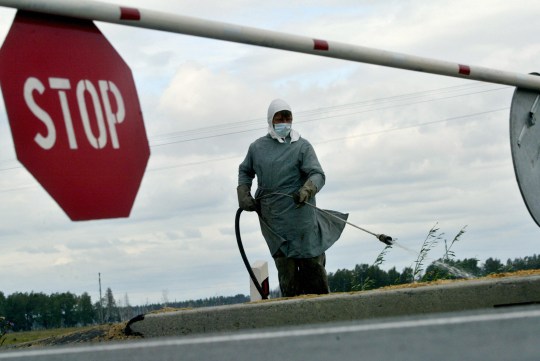 Thousands of birds have had to be killed during outbreaks of avian flu (Picture: Getty Images)

‘The discovery of these mutations when the virus has not still acquired an ability to transmit from human to human gives us all, the entire world, time to prepare for possible mutations and react in an adequate and timely fashion,’ Ms Popova said.

The majority of human bird flu infections have been associated with direct contact with infected live or dead poultry, though properly cooked food is considered to be safe.