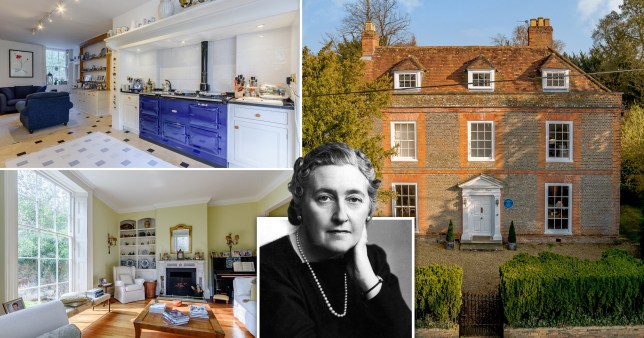 Attention, aspiring writers, crime fiction fans, and property lovers: your dream home is on the market.

While she was there, she wrote books including Death On The Nile, The Body In The Library, and 4.50 From Paddington. So creative inspiration has surely soaked into the walls.

The Grade II listed five-bedroom house in Oxfordshire is now up for sale for £2.75million.

Yes, that’s quite a bit of money, but you get a lot of bang for your buck.

The home has five acres of garden, River Thames frontage, and an attached one-bedroom cottage (that you could easily rent out as a holiday let for Agatha fans). 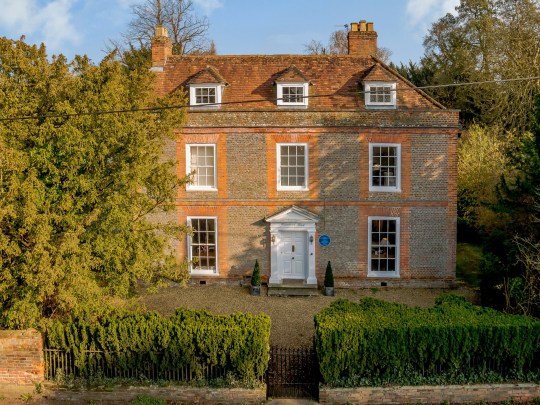 The Grade II listed home is in Oxfordshire, right by the Thames (Picture: Savills/BNPS) 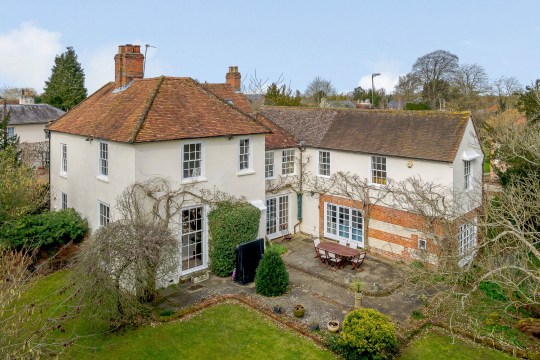 The house has an attached one-bedroom cottage (Picture: Savills/BNPS)

Inside, there is over 4,000 sq ft of living space, with a grand kitchen/breakfast room, a dining room, a drawing room, a study, and five bedrooms.

The principal bedroom has an en suite bathroom and a full dressing room.

Oh, and then there’s the library where Agatha Christie wrote many of her works.

This still has many of its original features. 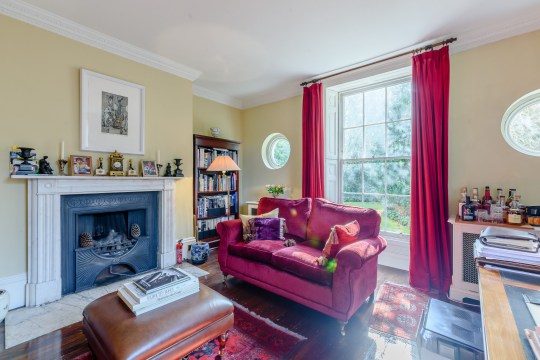 Inside is over 4,000 sq ft of living space (Picture: Savills/BNPS) 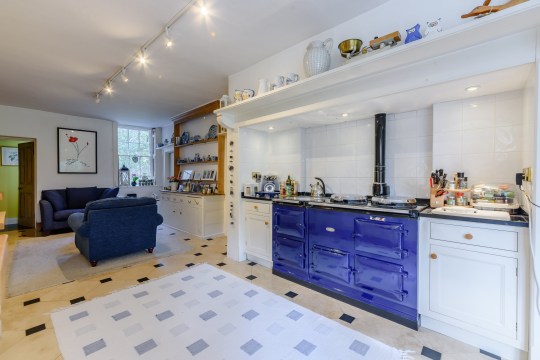 Many of the original features are still in place (Picture: Savills/BNPS) 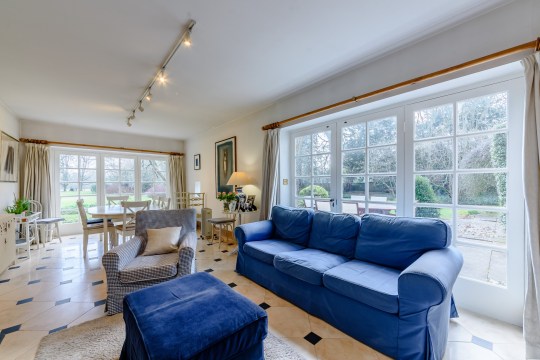 The estate agent describes the home as having a countryside feel, but still providing easy access to all you need (Picture: Savills/BNPS)

Outside, there’s a detached bothy with a stable and a triple bay car port, and the future owner will love wandering across the gardens to the Thames.

Dame Agatha bought the house after she saw an advert in the paper in 1934. Immediately after she and her second husband Max Mallowan saw the home, they knew it was the place for them.

The couple lived there until she died there in 1976, aged 85. The writer is buried in the nearby St Mary’s churchyard in the village of Cholsey and her husband was buried alongside her when he died two years later. 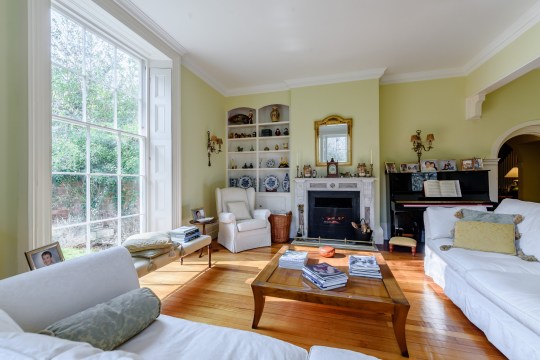 The current owners are selling the property for £2.75million as they’re keen to downsize (Picture: Savills/BNPS) 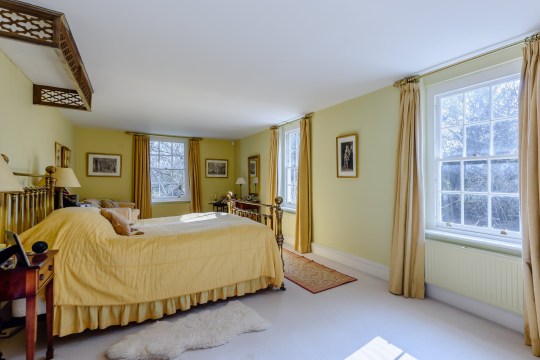 There are five bedrooms to choose from (Picture: Savills/BNPS) 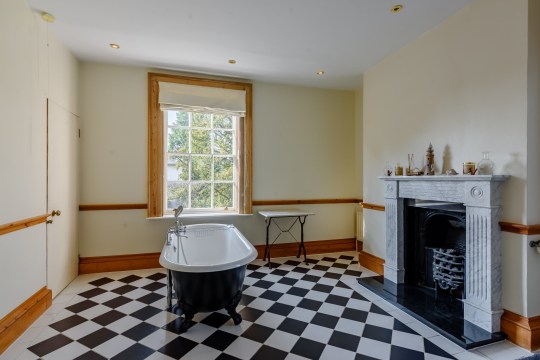 What a glorious bathtub (Picture: Savills/BNPS)

Dame Agatha, who was known locally as Mrs Mallowan, wrote in her autobiography that they were very happy there and there is a blue plaque on the house in her memory.

The property was bought by solicitor Gregor Kleinknecht and his family 20 years ago, who weren’t aware of the Christie connection when they bought it.

They’re now selling the home as they’re keen to downsize.

Stephen Christie-Miller, from estate agents Savills, said: ‘It’s a beautiful setting. The land goes down to the river and you could put a mooring in if you want, subject to planning consent, it’s got quite a bit of frontage. 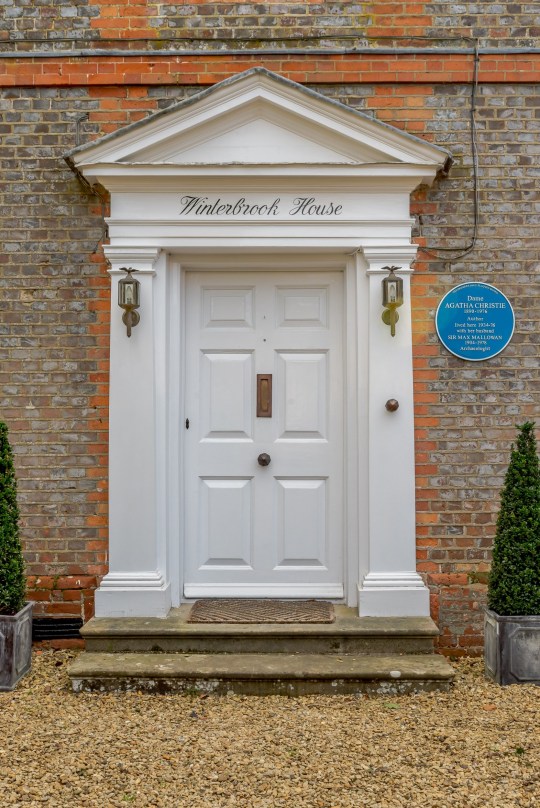 There are five acres of gardens, too (Picture: Savills/BNPS)

‘It feels like a country house but you can walk to Waitrose in ten minutes and have access to all that Wallingford has to offer.

‘I think the fact someone like Agatha Christie lived there gives the house the feeling of history.

‘She wrote some of her major works there and lived there until she died and is buried locally so she clearly loved it there.

‘It is a really good family house that really has everything.

‘We’ve only just launched it and already our phones haven’t stopped.

‘Georgian architecture is very sought after and that combined with the historic element is pretty compulsive.’

Get in touch by emailing [email protected].

Ground rents to be banned in new-build leasehold homes

What I Rent: Lauren, £440 a month for a house in Walton, Liverpool