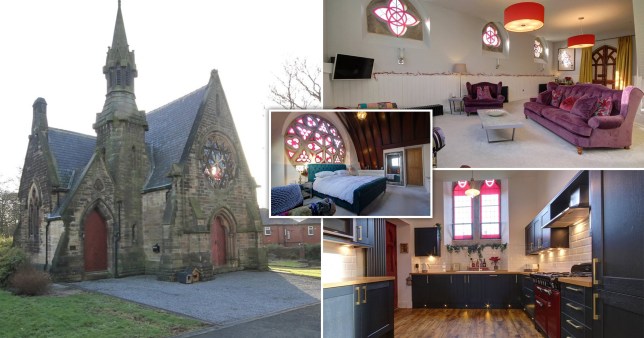 The Grade II listed building was built from sandstone in 1876 (Picture: Kennedy News)

If you’re not spooked by the constant looming reminder of death in your back garden, this property opportunity might be perfect for you.

Build from sandstone in 1876, the 145-year-old church sits in the grounds of a cemetery, in Consett, County Durham.

It’s been carefully transformed into a stunning three-bedroom home, pairing modern fittings with many of the original chapel features.

You can tell the building served as a chapel from the inside – just look at the stunning Star of David stained glass windows, wooden arched doors, and the bell tower.

But it has all the parts you’d need for a perfect family home. 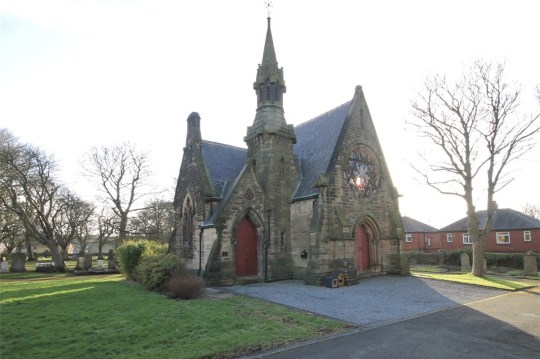 From the outside, you wouldn’t know the chapel has been gloriously renovated (Picture:: Kennedy News and Media)

The property’s owner, Clare Richardson, says she put ‘blood, sweat and tears’ into transforming the ‘unusual building’, and while she admits that living in a cemetery ‘isn’t for everyone’, she hopes it will find a new owner that loves the space just as much as she does. 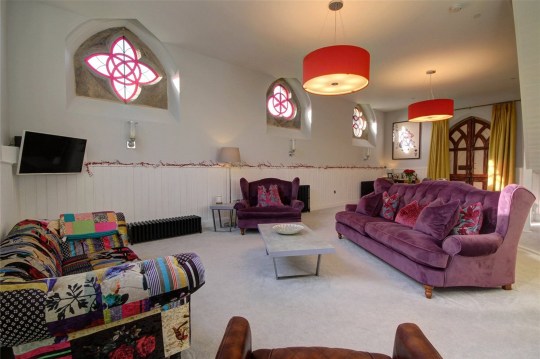 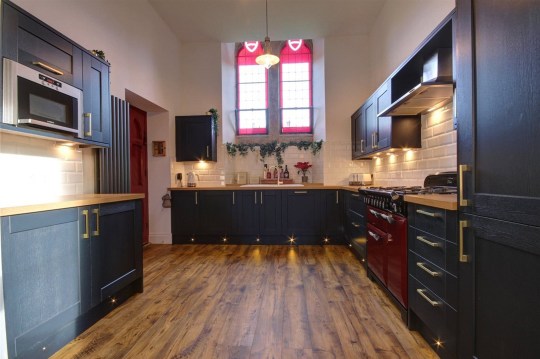 But the interiors have been brought up to date, too (Picture: Kennedy News and Media)

Clare said: ‘We took on this project over three years ago as we fell in love from the moment we viewed and could recognise its potential.

‘Blood, sweat and tears have been put in and we are so proud of what we have achieved.

‘Nobody would guess from the exterior how we have transformed this unusual building and put the love back into it.’ 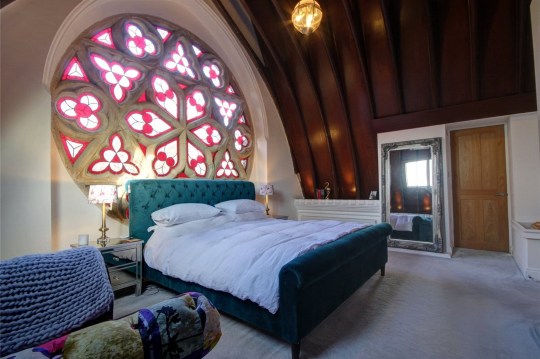 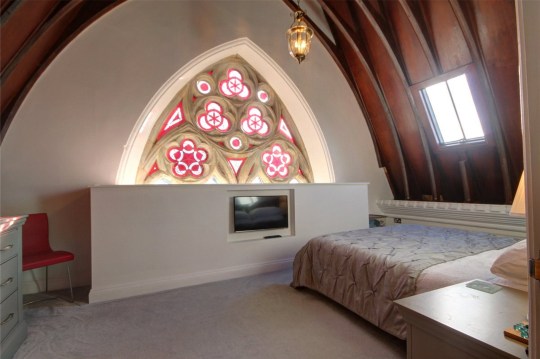 There are three bedrooms to choose from (Picture: Kennedy News and Media)

The listing by JW Wood Estate Agents reads: ‘Entered through large wooden arch doors, the entrance vestibule, with cloakroom off, leads into a well-appointed contemporary kitchen with stained glass windows.

‘And an open archway through to the 35’ long open plan living room with 11’6″ height ceiling and, amongst its many features, three stained glass windows and staircase to the first floor. 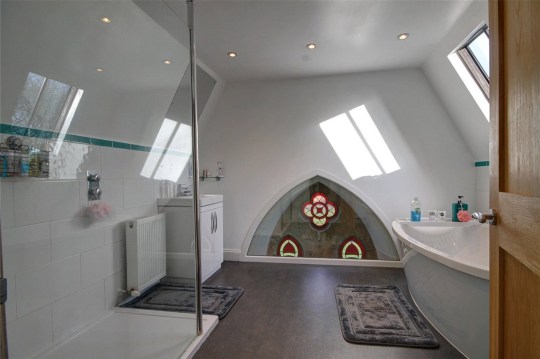 There’s even a bell tower (Picture: Kennedy News and Media)

‘The landing leads to the master bedroom – bathed in natural light through the amazing large stained-glass Star of David window.

‘A second bedroom with a gallery onto the similarly impressive window to the south elevation that extends up from the living room below; a third bedroom and an attractive, contemporary bathroom with an elliptical freestanding bath and a large shower cubicle.’

Fancy putting in an offer? You can find out more information through the online listing.

Get in touch by emailing [email protected].

House raffles: Legit way to get on the property ladder or filled with loopholes?

Beachfront cabin with ‘the best views in Cornwall’ on sale for £400,000

Stunning cliff-side home with bathroom carved out of CAVE network visited by Prince Charles and Diana on sale for £1.5m

Inside one of Wales’ cheapest houses with a guide price of just £12,000