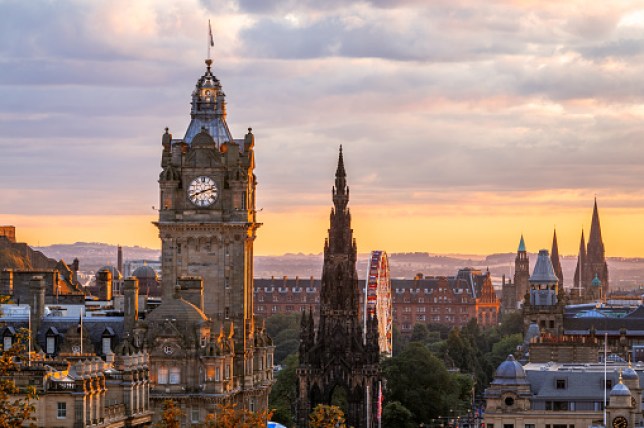 There’s so much to see and do (Picture: Getty Images)

Now that travel between England and Scotland is back on the cards, many of us south of the border are starting to get itchy feet.

We’ve travelled precious few times (if at all) over the last year, and Scotland has a wealth of places to see and things to do.

If you’re tempted by all that Scotland has to offer but don’t know where to start, you’re, in the right place because we’ve got recommendations on things to do and where to stay right here…

Travel up the Aberdeenshire coast

The Aberdeenshire coast is famously beautiful, with a host of beautiful coastal sights and attractions to take in from the sand dunes and cliffs of St Cyrus to the delicious seafood of Fraserburgh.

The Visit Scotland website already has a four-day route planned for people to use on their site – which you can feel free to follow religiously, or reference for inspiration.

For maximum freedom, why not rent a campervan or motorhome instead of just staying in hotels? 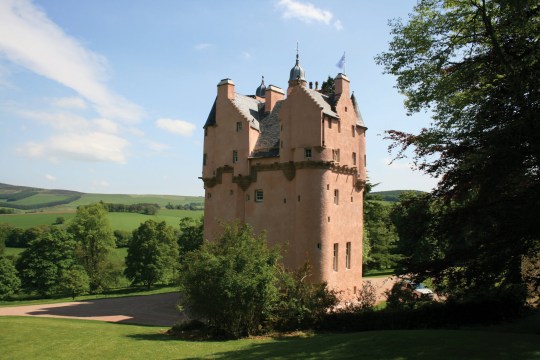 The castle was cream-coloured when it was originally built (Picture: National Trust for Scotland/SWNS)

While you’re at it, you might want to make a detour to see the stunning Craigievar Castle, which was recently named the UK’s top destination by Lonely Planet.

Built in 1576, Craigievar has everything you’d want from a castle – turrets, ornate corbels, carved stone and, above all else, it’s pink.

The National Trust for Scotland (NTS) runs the estate these days, and the castle is due to reopen from May 27. 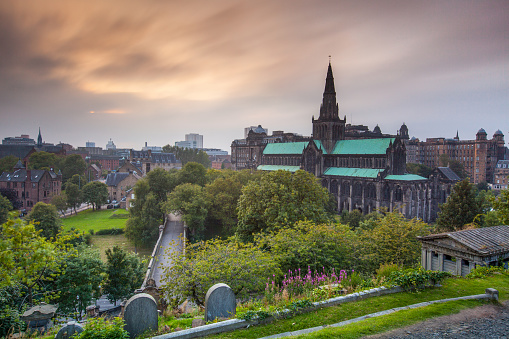 If you’re going to visit somewhere in Scotland, you could do a lot worse than the nation’s biggest city.

Glasgow is home to a host of great eateries as well as fascinating museums and galleries, like the Sharmanka Kinetic Theatre – home to the creepy and whimsical clockwork creations of Russian-born mechanic and sculptor Eduard Bersudsky – and the Glasgow Hunterian Museum – the oldest museum in Scotland, where you’ll find things like the death masks of Sir Isaac Newton and Voltaire and a Plesiosaur skeleton.

The ideal city for those with more macabre tastes, this city is also where you’ll find The Glasgow Necropolis, the old 37-acre cemetery which opened in 1833.

If you want to lighten things up a bit, you should stop by the Glasgow Botanic Gardens, or check out the People’s Palace on Glasgow Green.

There’s a wealth of great accommodation to choose from, but the Native Glasgow and Point A Hotel Glasgow are both high up on TripAdvisor’s list of Best Value places to stay in the city. 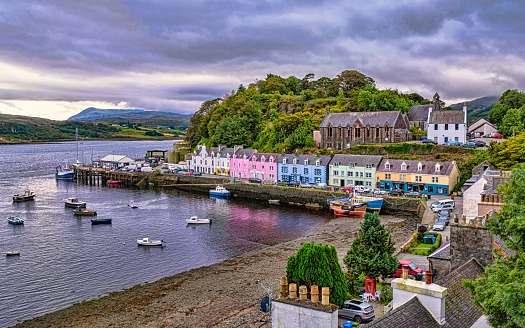 Portree is the largest town on the Isle of Skye (Picture: Getty Images)

The Isle of Skye is full of other-worldly natural wonders to take in, with the Fairy Glen and Fairy Pools each looking like they were ripped from the pages of a storybook.

There’s also an ancient rock formation called The Old Man of Storr, which is said to be the place a giant was laid to rest, with his thumb (the so-called Old Man) visible above the ground.

You can stay in the colourful town of Portree while you’re there, from which there are regular buses to Inverness and Glasgow, as well as a local service which will take you around Skye.

Well-reviewed hotels include the likes of Viewfield House and Marmalade, or try Lochsie Cottage in Peinmore House for a roomy self-catered apartment outside of town. 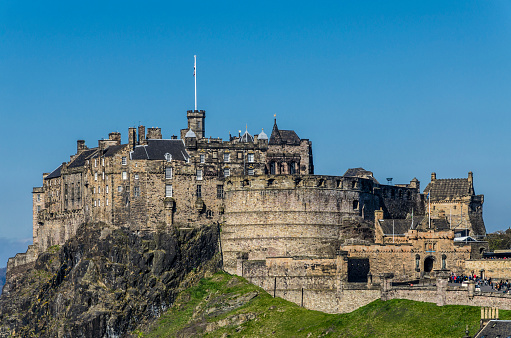 The Scottish capital is a must-see and should be on everyone’s bucket list, with plenty of history and beautiful architecture to take in all over the city.

There’s no two ways about it – while you’re there, you’ll have to stop by Edinburgh Castle and stroll through the rest of the cobbled streets of Old Town.

There, you’ll find attractions like the National Museum of Scotland and Mary King’s Close, where The Black Death was particularly ravenous.

A trip to Gilmerton Cove, The Witches’ Well – a monument to those who were burned at the stake as witches – and if the weather is kind, The Royal Botanic Gardens of Edinburgh are both worth your while too.

If you’re looking for places to stay, Edinburgh has beautiful accommodation in spades, including the hugely Instagrammable Eden Locke and luxuriously decadent House of Gods.

Famously the home of writer JK Rowling, Scotland was also where many of the Harry Potter movies’ most iconic scenes were filmed.

You can book a round-trip journey on the Jacobite steam train that served as the Hogwarts Express, and goes from Fort William to Mallaig along the scenic West Highland Line.

Nature and Harry Potter lovers alike will want to stop by Loch Etive, which fans of the films will recognise as the place the dragon dropped the main characters off after breaking into Gringott’s Bank in the last film.

If you’ve got the time, you might consider staying in both Edinburgh and Fort William during your trip, as they’re both places that are well located for exploring Harry Potter-y places.

We’ve already noted down some places you can stay in Edinburgh, and as for Fort William, the Clan Macduff Hotel and The Garrison Hotel are worth a look in.

For those with an aversion to planning, Visit Scotland have also put together a handy itinerary and route full of must-sees for Harry Potter fans.

On your way up to or down from Scotland, it’s also worth stopping by Alnwick Castle in Northumberland, which served as Hogwarts castle in the first and second movies.

Get in touch by emailing [email protected]

10 incredible hotel rooftops to add to your travel bucket list

Covid Travel: Can I travel to Spain this summer?

The best UK festivals to put on your radar this year

Destination not on the Green List? Get a taste of Europe in the UK

On The Road With: Morcheeba singer Skye Edwards talks travel