A WOMAN has proudly shared the first family photo of her newborn and her stepson – who is the father of her daughter. 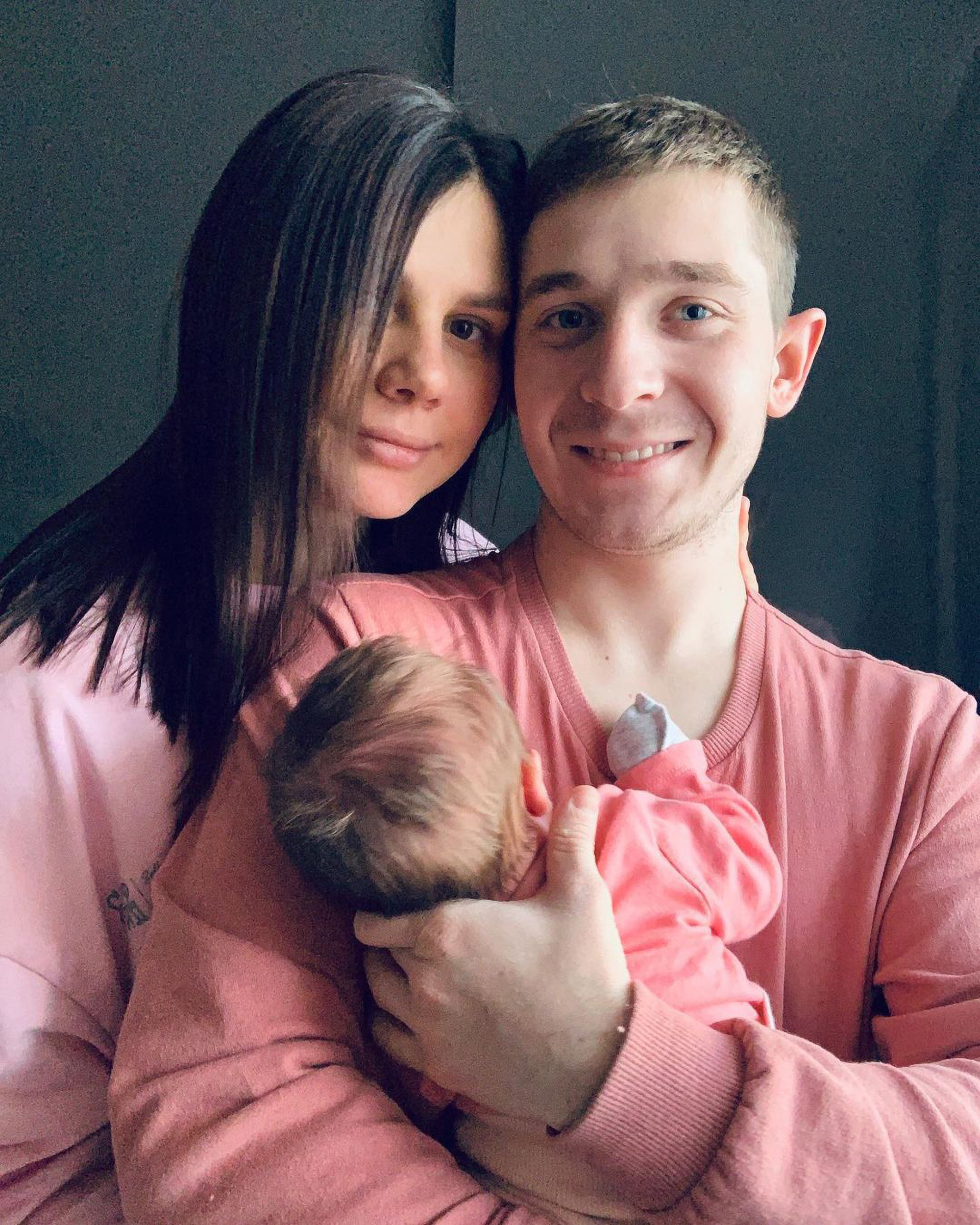 The influencer, who has more than half a million followers on Instagram, proudly unveiled Olga to her fans online, who weighed slightly over 8lbs when she was born.

The new parents caused controversy after going public with their relationship, after Marina met Vladimir, now 21, when he was seven while she was married to his father, Alexey Shavyrin, 45.

The couple, from Russia, were married for ten years and adopted five children, but Marina divorced him, and wed his son instead.

She caused outrage when she shared a snap of herself, aged 22, and Vladimir, aged seven, alongside a loved up snap of them now. 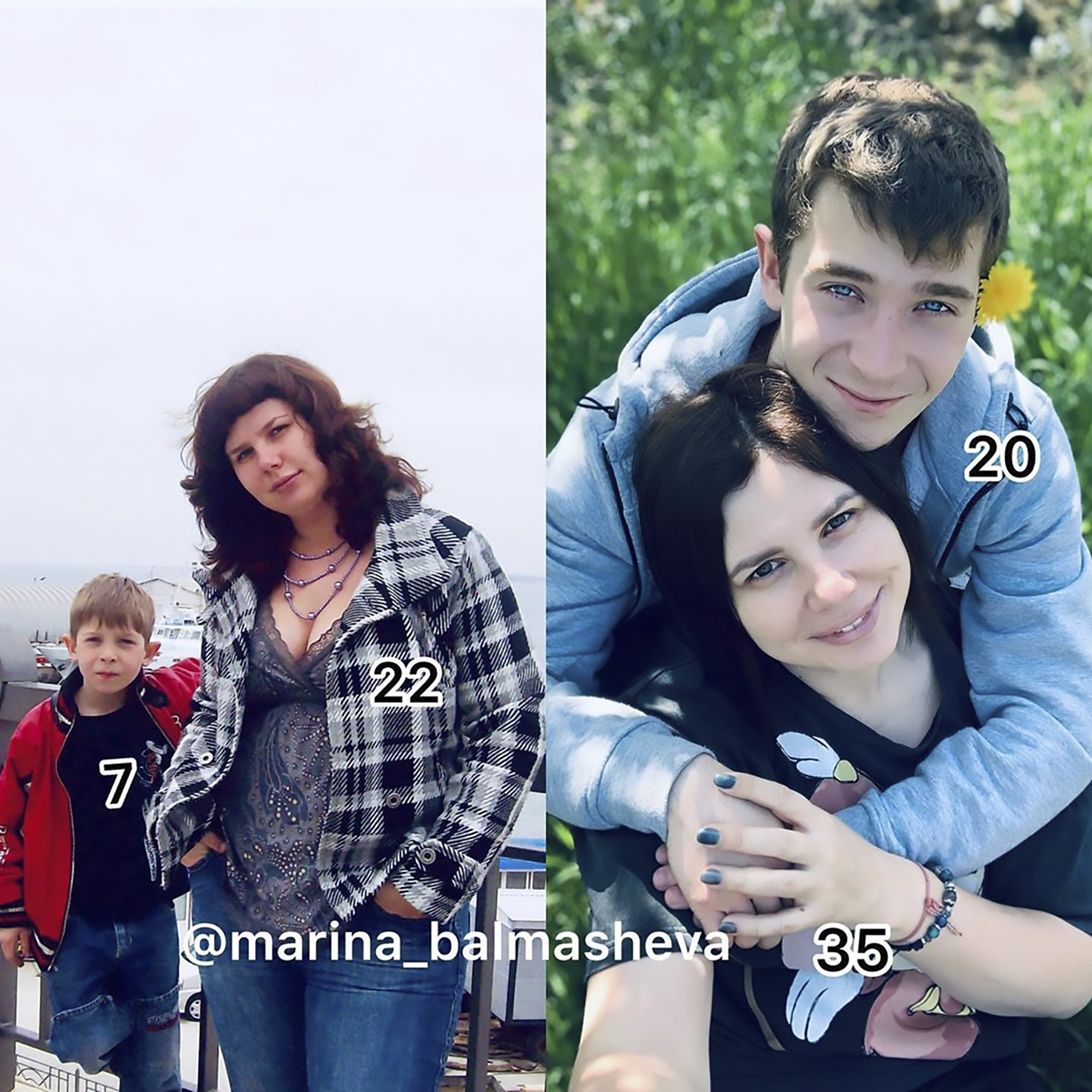 Marina married her stepson, who she met when he was seven, who fathered her childCredit: Newsflash

Marina wrote: “You never know how life will turn out and when you will meet a person who makes you smile.

“I know that some will judge us, others will support us, but we are happy and wish you to be as well.”

The new mum kept followers updated of her pregnancy, and revealed the new dad was not present at the birth, but she didn’t say if it was due to Covid-19 restrictions, hospital policy or personal choice.

Marina previously revealed how she went through a succession of plastic surgery treatments to make herself attractive to her now spouse. 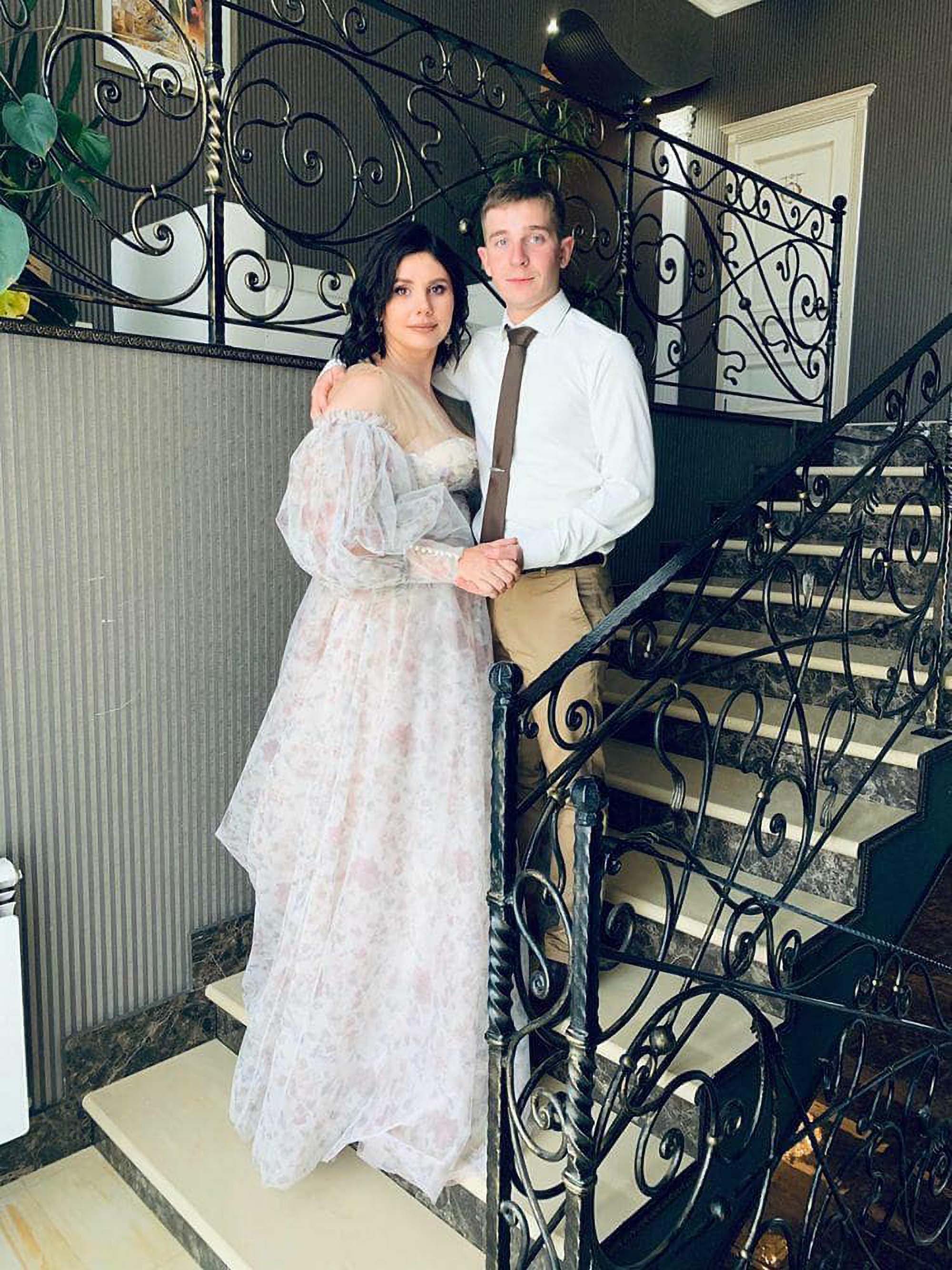 Marina was married to Vladimir’s dad for ten years before they split upCredit: Newsflash

Marina said her new man, and former stepson, has “the most charming blue-eyes in the world”.

She said: “So many people tell me to use makeup – make lashes, and curl my pubic hair – because of my young husband.

“But there is one thing – he fell in love with me with all my scars from plastic surgeries, cellulite, excessive skin and personality.

“And I do not want to seem better than what I am.” 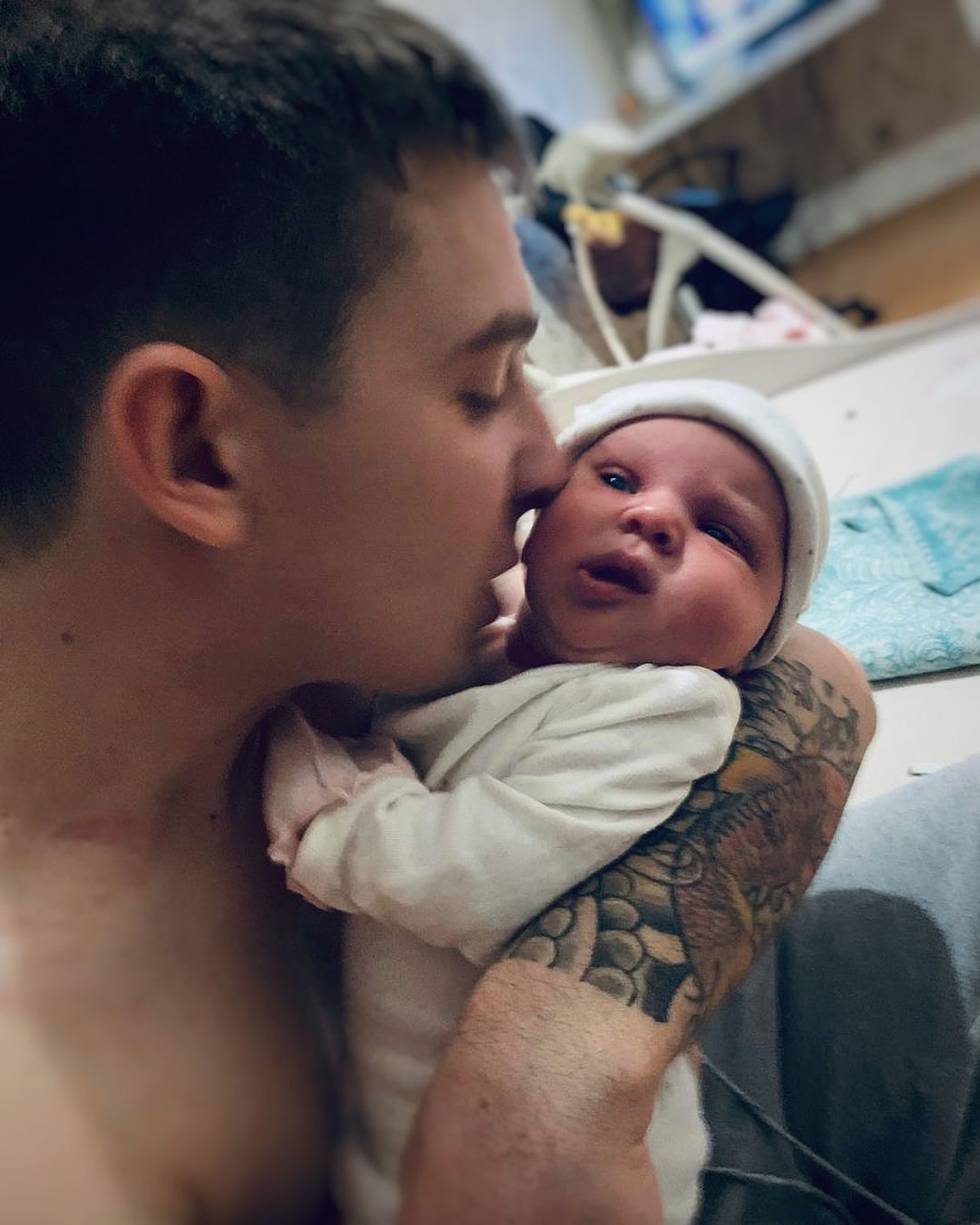 Marina’s ex, Alexy, is said to be looking after their five adopted childrenCredit: Newsflash

She also told how she insisted on a pre-nup so that she keeps all her money and assets in case of divorce from her new husband.

Her ex-husband, Alexey, now cares for their five adopted children.

He has accused her of seducing his son after he came home on holiday from university.

Her ex has previously complained that “she seduced my son… He had not had a girlfriend before her. 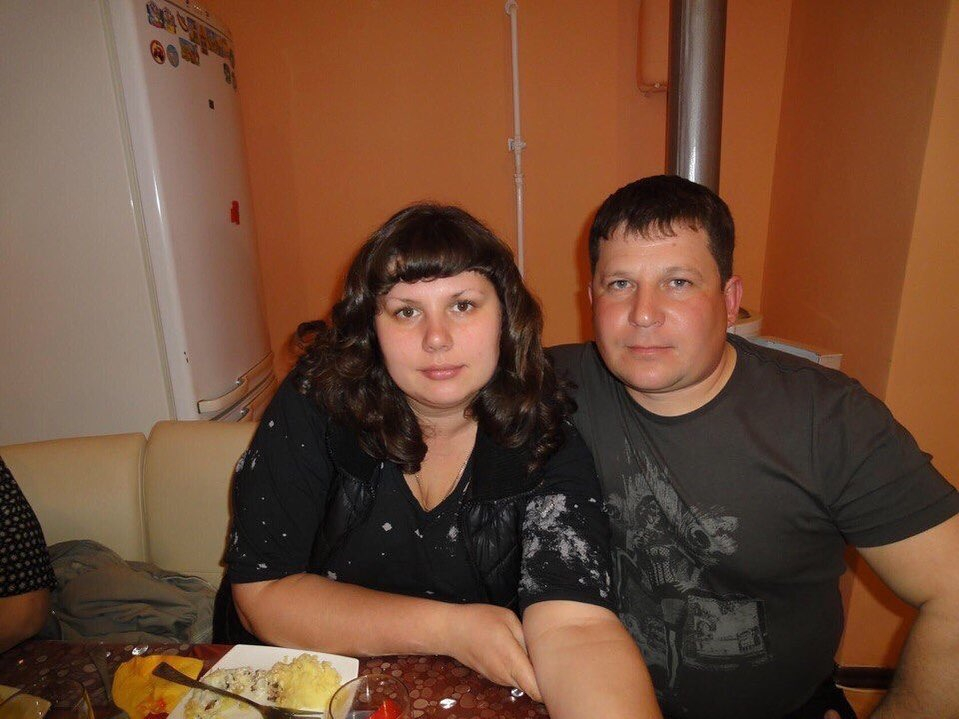 “They were not shy to have sex while I was at home. I would have forgiven her cheating, if it wasn’t my son….

“After that she was coming back and lying in bed with me as if nothing had happened.”

She now says her previous marriage was “not living but pretending” 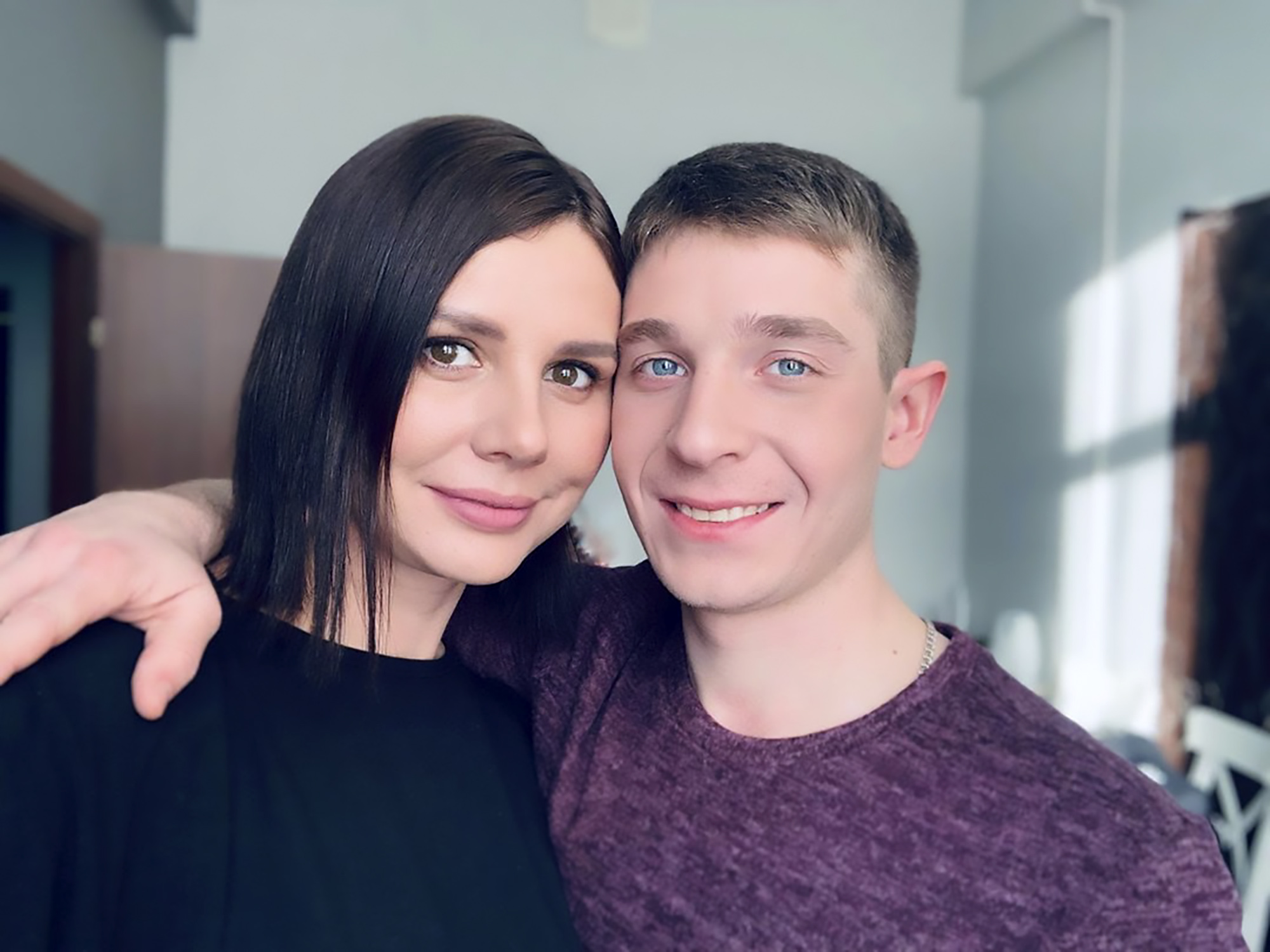 Marina claims she had a pre-nup drawn up before marrying VladimirCredit: Newsflash

Balmasheva told her followers: “Did I have regrets that I destroyed the family? Both yes and no.

“I was ashamed that I killed the stability of ‘mum and dad’.

“Did I want to return to my ex? No. Do I feel anger and hatred towards him? Not any longer.

“He is a good person and a wonderful father to our children….How did children take the changes? Absolutely calmly.

And experts predict what the most popular baby names will be in years to come – including Everest and Clover.

Meanwhile this knackered dad shares tip which helps babies instantly fall asleep – and parents are raving about it after giving it a go.

Plus a mum-to-be reveals she fell pregnant while already expecting – and is now having TRIPLETS ‘conceived 10 days apart’.

Dad Demands That Babysitter Pay $2,200 For A Guitar That His Child Broke On Her Watch

Teenager Is Forced To Choose Between His Beloved Dog And His Family, He Chooses Dax The Dog

My five-year-old son refused to clean his room so I chucked out all his toys, I refuse to raise a disrespectful boy