PRIME Minister Boris Johnson is poised to set out his roadmap to take Britain out of lockdown on February 22.

There has been no official word but the restrictions on playing golf could be one of the first activities allowed to reopen. 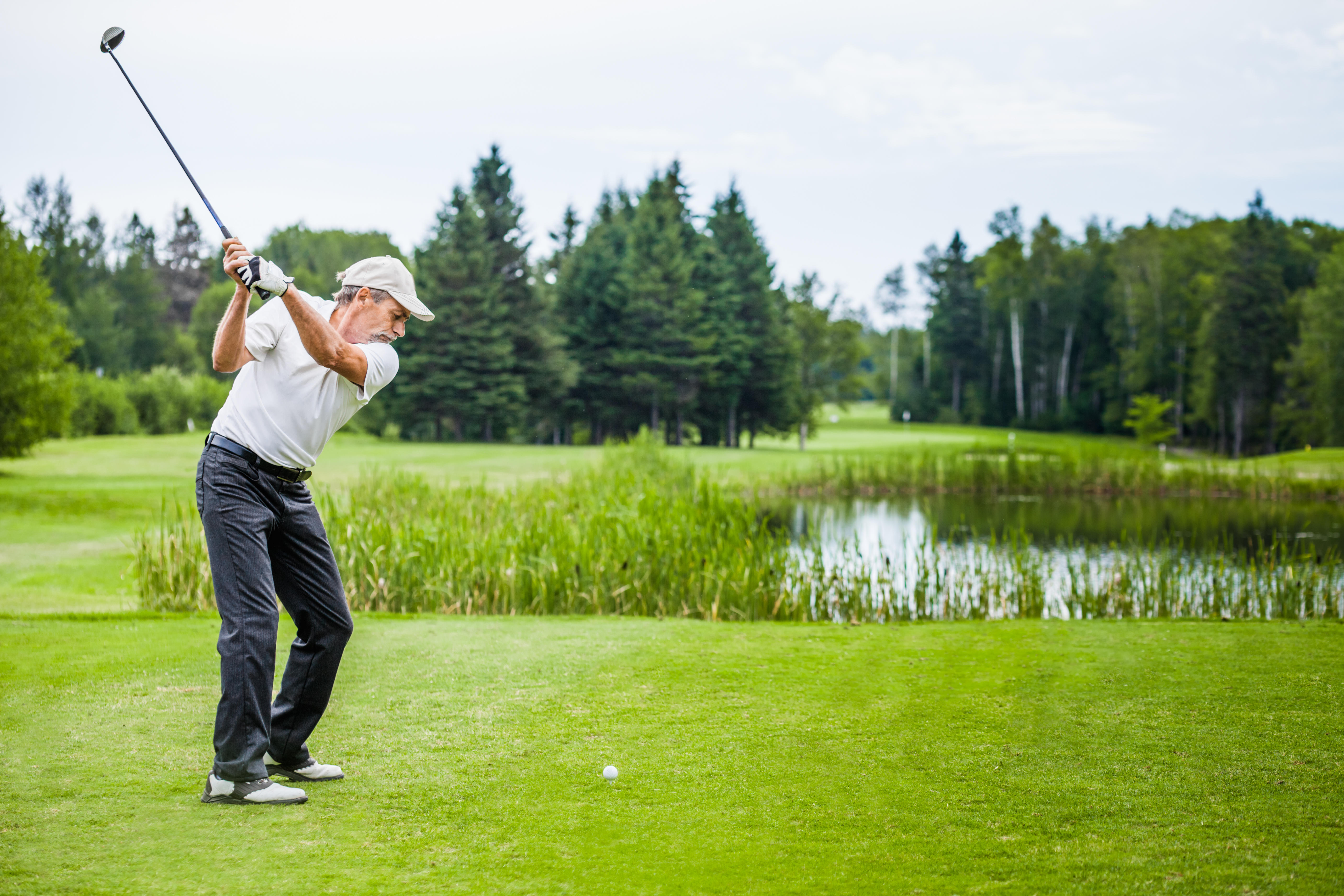 It’s hoped people will be allowed to play golf when the restrictions are easedCredit: Alamy

When will golf courses reopen?

Golf courses and ranges were closed during the third lockdown which started in January.

No date has yet confirmed on when outdoor sports facilities will be able to reopen.

Outdoor activities are thought to be permitted in the first phase which is expected to start on March 8.

England Golf chief executive Jeremy Tomlinson though has called on the government to allow golf reopen as part of the first wave in the easing of restrictions.

In an open letter to Johnson, Tomlinson wrote: “As you consider easing restrictions, I truly believe our great game of golf is exceptionally well placed to play a positive role in this first phase of recovery and should be given that opportunity by government.”

He added: “You will recall that last month, the All-Party Parliamentary Group for Golf presented government with an updated scientific paper which once again demonstrated clearly how golf can be played safely during any stage of a pandemic. In short, golf remains a sport that’s safe and good for both body and soul.”

Following the initial lockdown last spring, golf courses were one of the first sports facilities to be reopened.

They were also able to stay open in the regional tiered restrictions, including in tier four areas.

Golf is currently permitted in Scotland, but only under strict restrictions. 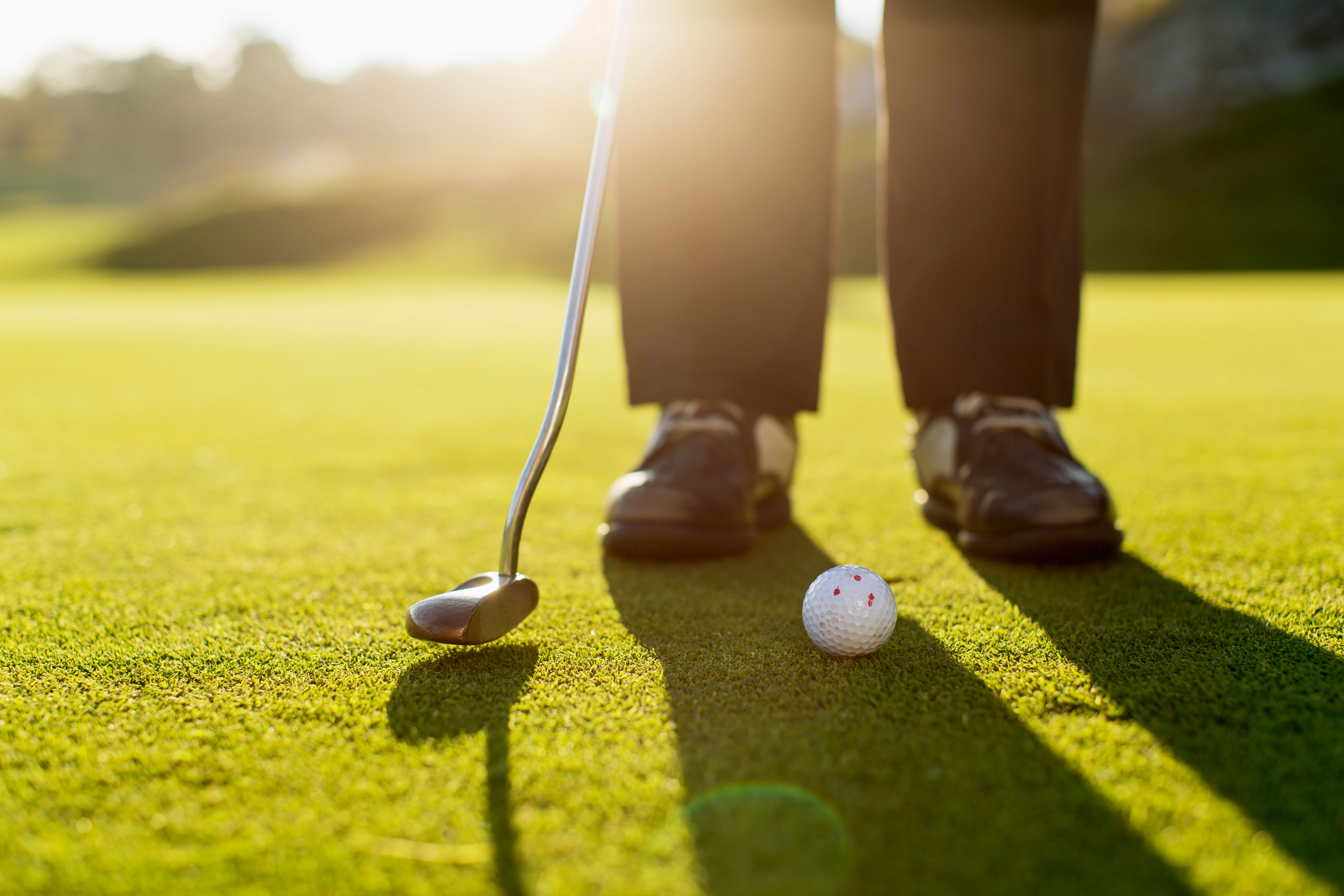 Social distancing must be followed when playing golf – and individuals can play with one person from another householdCredit: Alamy

What are the new rules?

The “Play Safe, Stay Safe” protocols are likely to be in force which will apply to both players and the clubs.

These are expected to the follow the guidelines set out by the All-Party Parliamentary Group for Golf (APPGG).

It said: “As usual, social distancing is to be observed and all necessary steps are to be taken to ensure a Covid-19 secure environment.”

“There are exceptions for indoor disability sport, sport for educational purposes, and supervised sport and physical activity for under-18s, which can take place with larger groups mixing.

“Custom fitting can take place outside on a one-to-one basis but is not permitted indoors.

“Some golf ranges can be classified as indoor settings, but it would be for each facility to read and interpret the guidelines against their own venue – it is suggested that if confirmation is required they contact their local authority who will be best placed to advise.”

Are golf courses reopening in Ireland?

Golf courses in Ireland and Northern Ireland are currently closed.

The head of the governing body for golf across Ireland recently wrote to the Stormont Executive, calling for courses to be reopened.

Golf Ireland regional manager Kevin Stevens said: “We’re saying that golf should be being played at the moment.

“We’re wanting to see it come back as soon as it’s possible and allow people to get out and exercise. It’ll help their mental health and there are a whole lot of other benefits to playing the sport.” 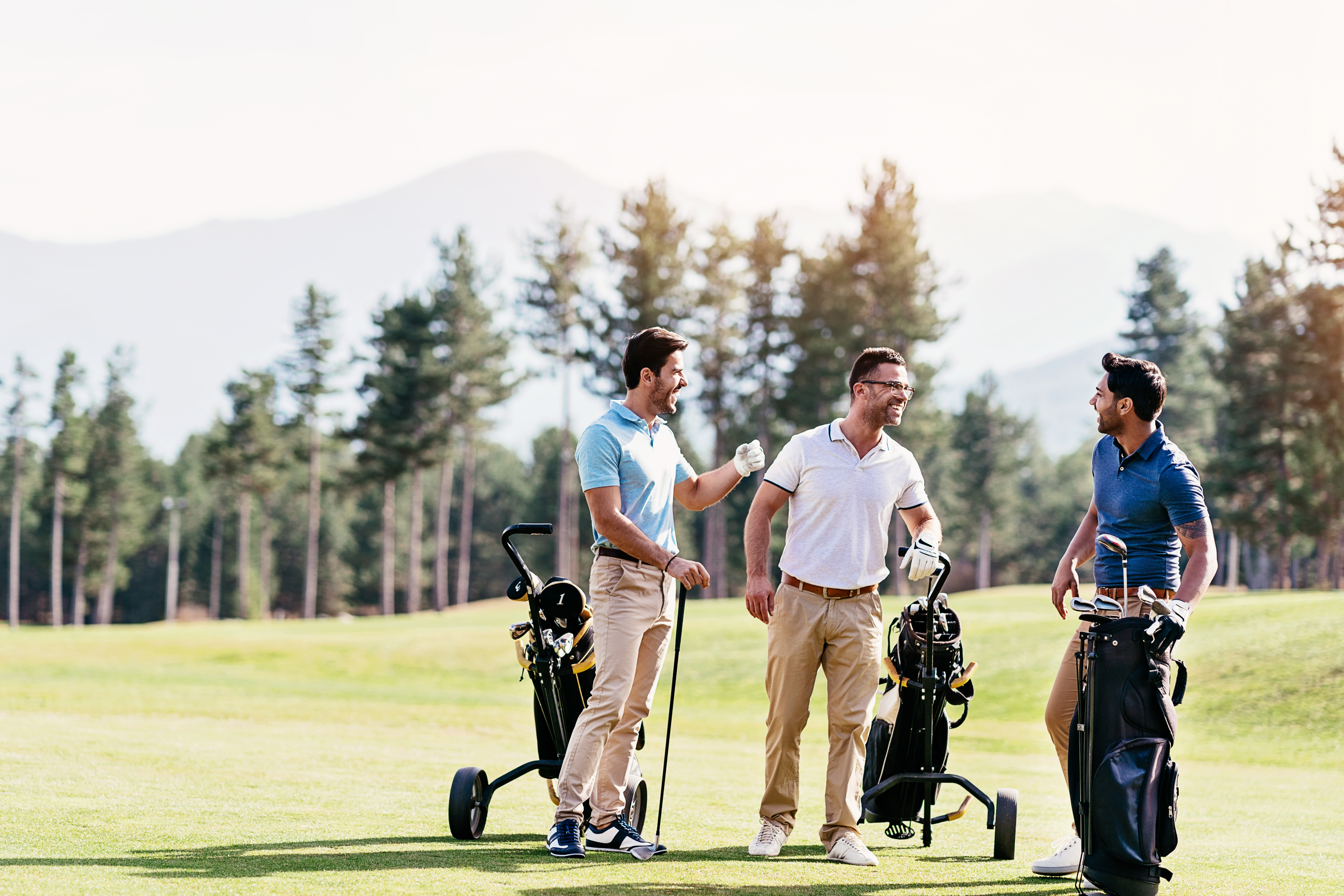 Golf courses have been slowly opening up around the worldCredit: Getty Images – Getty

Have golf courses opened in other countries?

Golf courses around the world are beginning to open again.

Courses in Portugal and New Zealand have already been opened.

Spain reopened its courses in May last year.

The sport can be played at six resorts in Thailand.

The six resorts include three in Kanchanaburi, West of Bangkok, one in Nakhon Nayok, North of Bangkok, and one in Petchaburi, south of the Thai capital.

There is also an approved resort in Chiang Mai, in the country’s north.

Anyone travelling to Thailand though must have had a negative Covid test no more than 72 hours before departure.