COVID deaths have plunged by 37 per cent in a week, as 343 more fatalities were reported in the last day.

A further 6,391 cases were recorded today, as the Health Secretary hailed that “freedom is on horizon” with all adults set to be jabbed by July. 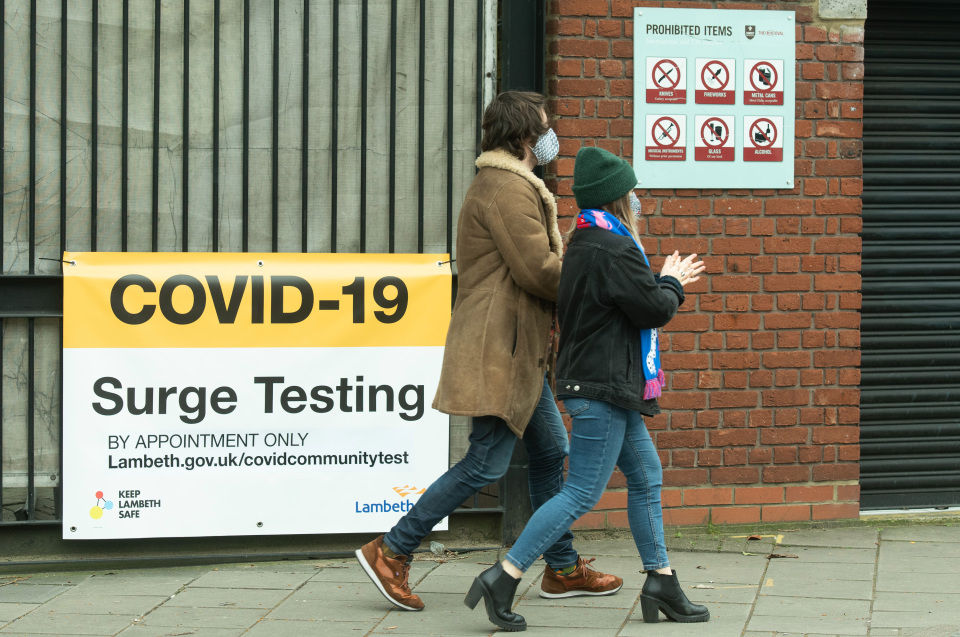 Today’s figures are a drop from last Tuesday, when 8,489 cases and 548 deaths in the UK were reported.

The total number of infections recorded since the beginning of the pandemic in Britain now stands at 4,188,400.

Among the fatalities recorded in the last 24 hours is a 17-year-old with no underlying health conditions who died after contracting coronavirus.

This is the third youngster with no underlying health conditions to die from Covid in the last month.

Yesterday, 5,455 positive cases of the virus were recorded in Britain.

And a further 104 deaths were reported – which is one of the lowest daily increases since the autumn.

NHS England said today that a further 279 people who tested positive for Covid have died, bringing the total number of confirmed reported deaths in hospitals in England to 83,529.

Patients were aged between 17 and 102 years old. All except 11 (aged 17-89 years old) had known underlying health conditions.

Matt Hancock today hailed “freedom is on horizon” and said the UK was on track for all adults to be jabbed by July as vaccines will be ramped up this month.

The Health Secretary also provided an update to MPs on the latest information on the new strain – which has been found in six people in the UK so far.

He told the Commons this afternoon: “This country is on the road to recovery, we have freedom on the horizon.

“Let’s not waver and do whatever it takes to keep it under control.”

He said that after a “lumpy” supply this month which had led to some drops in the numbers, but they were expecting a huge ramping up this month.

The halving time of of hospital admissions is now at 18 days – but for over 80s it’s 12 days as so many have been jabbed, he said.

He said: “This is real world evidence that the vaccine is protecting the NHS and saving lives.”

And he referenced fresh research from PHE that both vaccines had led to a more than 80 per cent reduction in hospitalisations.

The Chancellor is expected to include a fourth furlough scheme extension in his public economic proposals tomorrow – in a bid to continue keeping workers afloat during the pandemic.

The scheme has been credited with preventing an unemployment tsunami battering Britain.

Some 3.8 million people were on furlough at the end of December, and at its peak last May a whopping 8.9 million Brits were on it.

However, fears have mounted over the Brazilian variant, which could reinfect people who’ve already had Covid – and be twice as transmissible, scientists have warned.

Early data from the city of Manaus – where the variant emerged – suggests the variant has various extra capabilities.

But it’s unclear if this would apply to any other country – such as the UK, where six cases of the variant have been detected so far.

Health officials are desperate to clamp down on the variant before it spreads further, using surge testing in South Gloucestershire where two cases in the same household were found.

And the hunt for the missing Brazil Covid case has narrowed to 379 homes, Matt Hancock said today.

It comes as six cases of the Brazilian variant were detected in the UK.

While five of the six people submitted their details to Test and Trace, one passenger failed to fill out the correct details.

Residents in five postcodes in England were urged to get tested for Covid after two of the six cases were linked to South Glocestershire.

The remaining three cases were identified in Scotland.