AN angry husband has blasted the NHS for giving him the vaccine while his dementia-hit wife is still waiting.

Richard Cummings says he’s “hit a wall” in trying to get an appointment for Joyce, 74, despite being invited for his own first dose in January. 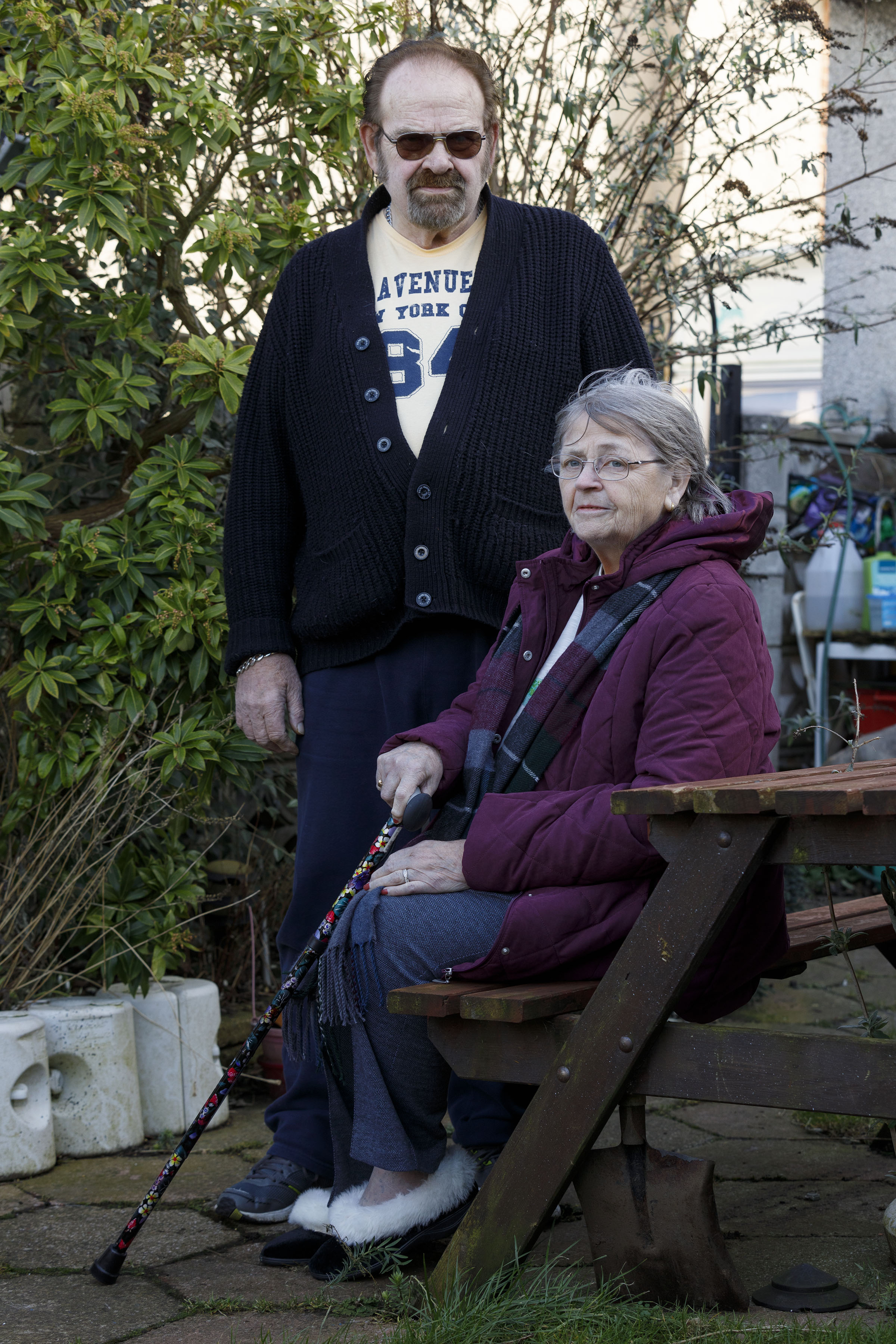 Richard has ‘hit a wall’ trying to get Joyce a vaccine appointmentCredit: © 2021 Mark Ferguson

The retired lorry driver said: ‘‘It feels like there’s no logic to the system.

“She’s being left behind and nobody cares.’’

Richard, of Bonnyrigg, Midlothian, told how he’s tried complaining to his GP, health board and the First Minister over the delay without success.

He added: ‘‘The helpline is a waste of time.

“All they tell you is ‘We do not have this information’. I feel helpless.”

The Scottish Government said jabs have been offered to all over-70s and those with extreme clinical vulnerability.

A spokesman added: ‘‘Some letters may have gone astray.’’

Meanwhile, neighbours of tragic OAP Christina Malley admitted they had no idea she existed — despite records suggesting she had lived next to them for more than 25 years.

Residents told how her husband Daniel was a regular at the boozer and paper shop but said they never saw him with a wife.

And they assumed the 78-year-old lived alone at his semi-detached home in Cove, Aberdeen.

But Christina’s remains, believed to be skeletal, were found at the house last Thursday after district nurses reportedly checked why she didn’t show up for her Covid jab.

There were fears the pensioner — who it’s thought should have been in her 80s — had been dead for years.