SCHOOLS in England have been told to allow kids back to class even if they refuse to be tested for Covid.

Official guidance from the Department for Education states lateral flow tests are “voluntary” – but some parents feel like they are being blackmailed into signing consent forms.

Schools in England have been told to allow kids back to class even if they refuse Covid testsCredit: AFP – Getty

As students return to school they will receive three initial tests on site before transitioning to twice weekly home testing – but this is not compulsory.

Some schools have been accused of “blackmailing” parents by telling them students must be tested in order to return from March 8.

Val Mason, head teacher at Hornchurch High School in Havering, east London, wrote to parents saying children whose parents do not consent to testing will have to work remotely from a “separate space” on the school site.

Although all pupils will be taught the “full curriculum”, he said.

One parent told The Telegraph he was “gobsmacked”, adding: “This is coercion bordering on blackmail.

“I have printed off the Government guidance and it very clearly says it should be voluntary.”

The parent continued: “My child doesn’t want to be separated from her friends or missing out on more teaching time.

“We should be free to make informed consent without any strings attached.”

Blenheim High School in Epsom, Surrey, has said that testing is “required” for all pupils and they will not be allowed to return at all unless they comply.

Instead, they will have to continue with online learning.

Head teacher Anthony Bodell told parents: “Any students not consenting to being tested will continue with remote learning from March 8, which will involve some electronic access to the face-to-face lessons occurring in school.”

A DfE spokesperson said students in Year 7 and above were encouraged to get tested but schools should allow them to return if not.

They added: “Where parents do not consent, schools and colleges should ask those students to return at the same time as their year group and no later than Monday, March 15, and they should not otherwise be denied education.

“Whenever it becomes clear schools are not following our guidance, our regional schools commissioner teams work with the relevant academy trust or local authority to make sure they do so.”

Some schools have told students they will be physically segregated from their peers if they refuse to wear face masksCredit: AFP – Getty

Meanwhile, some schoolkids have been told if they refuse to wear face masks they will be made to sit at the back of the classroom.

Parents are furious at the “mask apartheid” which will see pupils physically segregated from their peers.

They fear their children will face discrimination and be forced to miss out on lessons and social activities.

Primary school kids do not have to wear masks when pupils return next week.

But secondary school students will be asked to wear them if it is not possible to socially distance at two metres apart.

Like testing, the Government has masks are are “voluntary” but “highly recommended”.

Official guidance from the Department for Education states that “no pupil should be denied education on the grounds that they are not wearing a face covering”.

But some schools have said they will be operating strict mask-wearing policies, and students will be separated or even expelled if they refuse.

Students who do not wear masks at The Stonehenge School in Amesbury, Wilts, will be “asked to sit near open doors or windows and must understand that their peers may not wish to sit with or work with them”, The Telegraph reports.

“Alternative arrangements” will be made for those not wearing face masks in the classroom at The Warwick School in Redhill, Surrey.

And secondary pupils not wearing masks at another school will be forced to enter through a separate entrance and sit at a table alone at the back of the classroom next to an open window.

They will also be banned from sitting with their friends at lunch time and will be barred from taking part in group activities like drama, PE or after school clubs.

One parent said: “I am appalled and feel blackmailed into accepting these measures so that my children can partake in exercise, class learning and their social groups at school.”

Primary school kids do not have to wear face masks when pupils return next week but secondary students shouldCredit: Huw Evans Picture Agency 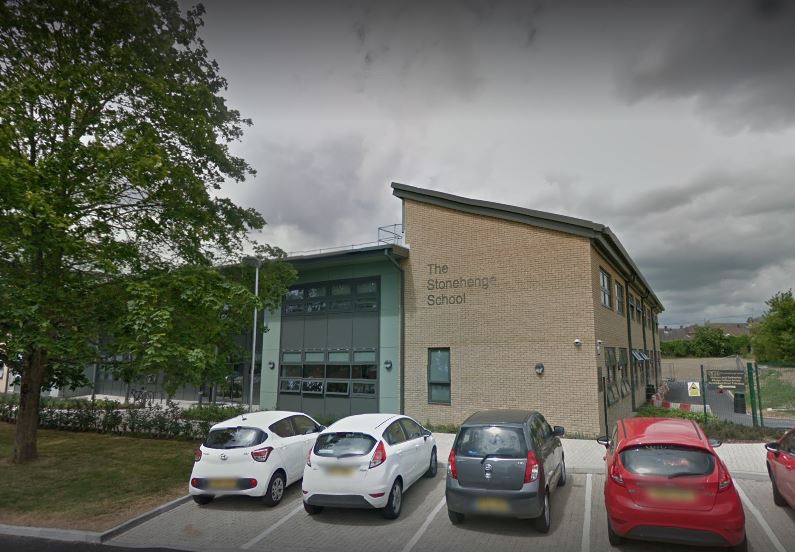 The Stonehenge School in Amesbury, Wilts, has told parents that kids without masks will have to sit near open windowsCredit: GoogleMaps

A secondary school in Rayleigh, Essex, is implementing similar rules stating that pupils without masks will be forced to eat their packed lunches away from the canteen and instead eat outside, regardless of the weather.

The same school has also said that any student not covering their face will not be allowed to use the canteen toilets at lunch time.

A Worcester secondary school has said kids not wearing masks will be made to sit two metres away from all other pupils in the classroom – even if they are medically exempt.

It said that if social distancing wasn’t possible they the children would be placed in an entirely separate room.

One parent has described the segregation as a “mask apartheid”.

They said: “If you start treating children differently, it will impact on their ability to learn.

“The Government needs to be very clear that no pupils should be discriminated against in this way.”

Pupils in some schools will not be allowed to take part in group activities if they do not wear masksCredit: AFP and Licensors 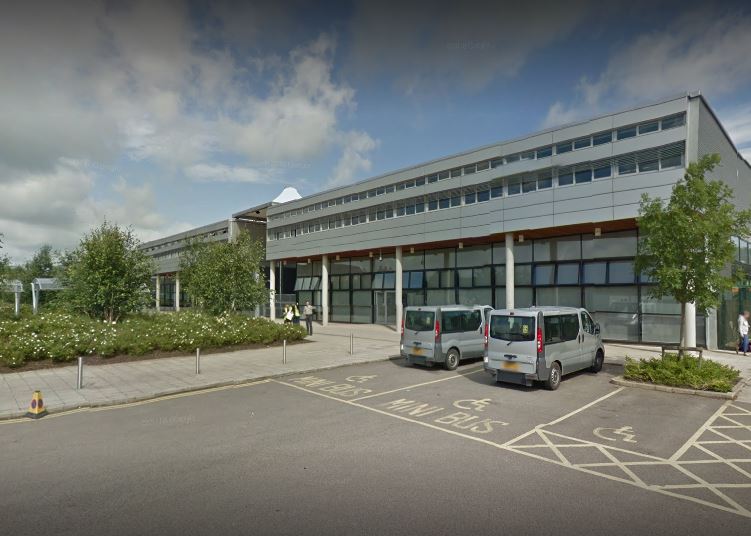 Catmose College in Oakham, Rutland, may expel pupils who do not wear face masksCredit: GoogleMaps

Some headteachers have even threatened to expel pupils for disobeying school mask rules.

Others have said anyone arriving without one will be sent home to fetch one, or wear one the school provides.

Catmose College in Oakham, Rutland, has said it may expel pupils who do not wear face masks where they cannot keep two metres apart.

The school’s vice principal, Alexandra Emmerson, told parents: “Exclusion is always the last resort within any situation, however if a student deliberately places a member of staff at risk, then appropriate proportionate action will be taken.”

At Coombe Girls School in south west London, students who “repeatedly come into school without a face mask may be asked to return home to retrieve one”.

And pupils at Park Academy in west London will be made to “wait outside” until a mask is brought out to them.

Allyson Pollock, a professor of public health at the Newcastle University, said: “This is not informed consent, its coercion and other harms are emerging as a result – psychological trauma, isolation, segregation stigmatising children and its a form of abuse and harassment and intimidation of children and parents.”

Justice Secretary Robert Buckland told Sky News: “The position is it is recommended that masks are worn. I think it’s right for the Government not to be too prescriptive about this.

“We need to trust headteachers and staff to ensure that not only their school is safe, but that the practicalities are understood.

“It’s right to give that element of flexibility. I think they can be trusted to make the right decisions for the circumstances they find.”