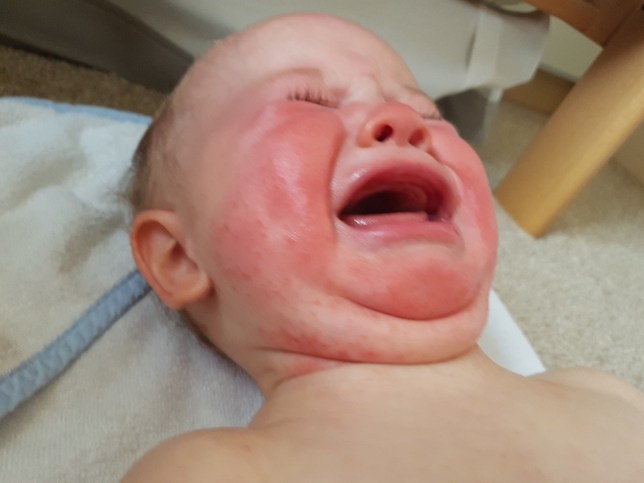 The uncomfortable eczema was causing Ayla a lot of pain (Picture: Jam Press)

One mum has shared how her baby’s ‘heart-breaking’ eczema disappeared in just 48 hours after trying a new cream.

Gemma Gilbert, 35, from Wirral, Merseyside, gave birth to daughter Ayla in August 2019. When the tot was just a few weeks old her skin started to redden and by six weeks, the mum began to become very concerned with its ‘raw’ appearance.

‘It looked sunburnt and was blistering,’ Gemma told Jam Press.

Gemma tried cutting out foods, as she thought that Ayla might be intolerant to dairy or soy, but nothing seemed to help with her painful skin condition.

‘Nothing seemed to help,’ added Gemma, who lives with husband Stuart, 41, Ayla, and sons Isaac, 12, nine-year-old Ethan and four-year-old Cole.

‘It was clearly really bothering her – she would rub her head into my chest and shoulder to try and scratch herself. It was heartbreaking seeing a tiny baby trying to itch her forehead on me.

‘She would scratch it and cut it open – it was flaky so the skin would open easily. I tried to keep her hands covered with scratch mitts and kept her nails as short as possible, but I felt mean not letting her scratch an itch.’

Gemma spoke to multiple doctors, and was prescribed paraffin-based creams and steroids after being diagnosed with eczema. 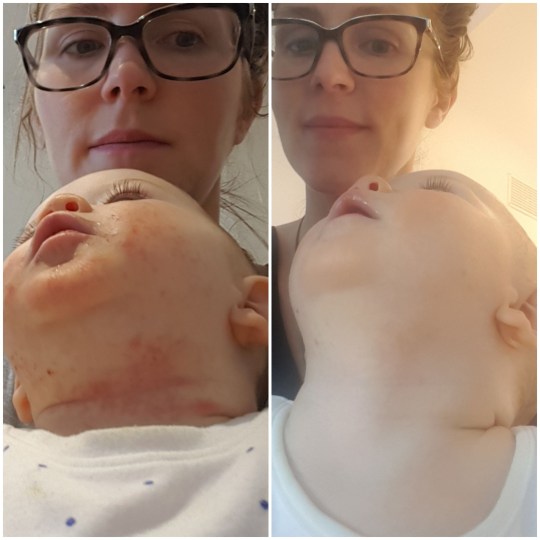 Preferring not to use the ‘harsh’ creams on her daughter’s skin if possible and convinced the issue was diet-related, Gemma continued to cut allergens and hoped for a breakthrough.

Although she cut tomatoes from Ayla’s diet thinking they may have been causing a reaction, and after seeing a reduction in symptoms, Gemma continued to look for products that might soothe the ‘fiery’ rashes she still had.

Gemma rifled through her collection of creams and ointments and remembered a product she had used on herself for dermatitis when she was pregnant with her daughter – the Lyonsleaf Zinc & Calendula Cream. 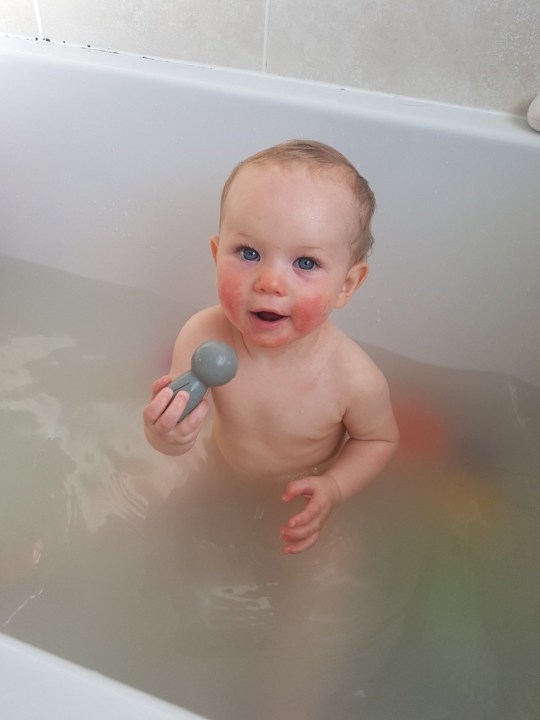 The £10.95 ointment is made using ingredients like beeswax, babassu oil, borage oil, and zinc oxide.

Because of its thick texture, it’s a good option for people with very dry skin.

She said: ‘It worked so fast, it was like magic. I took pictures of her skin two days apart – both taken while we were having breakfast – and it wasn’t until I looked back at the first picture that I saw the difference. 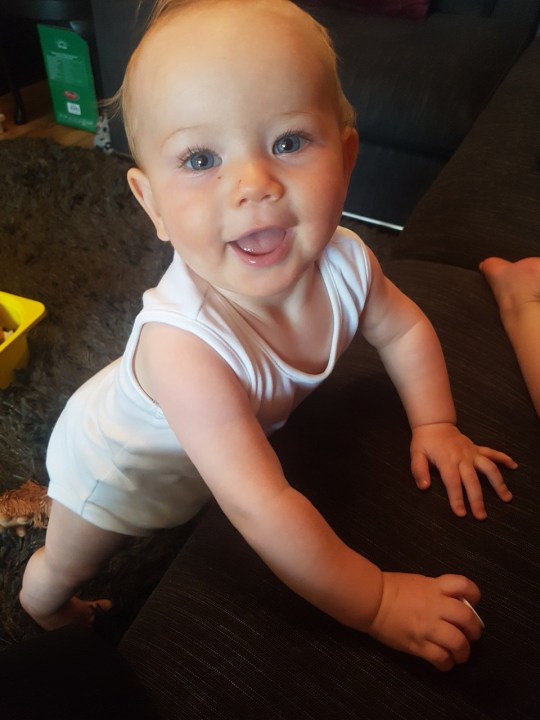 ‘I was gobsmacked and it was such a weight off my mind to know something with natural ingredients would help her skin so quickly during a flare-up.’

Gemma now uses Lyonsleaf products on Ayla’s skin most days to maintain it and says overall her skin is much better. She added: ‘Most people would never know something was wrong, but it isn’t perfect so I think there is probably an underlying cause.

‘But after seeing her struggle so much when she was little, it’s just a relief to see her doing so much better now.’

Every case of eczema will be totally different, so speak to your GP or a dermatologist before trying anything new.

However, a steroid-free option for eczema sufferers that’s helped others is always a good find.

Get in touch at [email protected].

Families pack out UK-bound flights from India at 1,500 people-a-day in mad dash before Friday’s travel ban

Boomtown festival ‘to be cancelled over Covid insurance fears’ after tickets to 70,000 music lovers sold out