A HORROR fire at a specialist Covid hospital in India has killed at least 18 people as its virus crisis continues to spiral out of control.

A further 401,993 cases were reported by medics in the vast country earlier today – the first time the 400,000 mark has been surpassed. 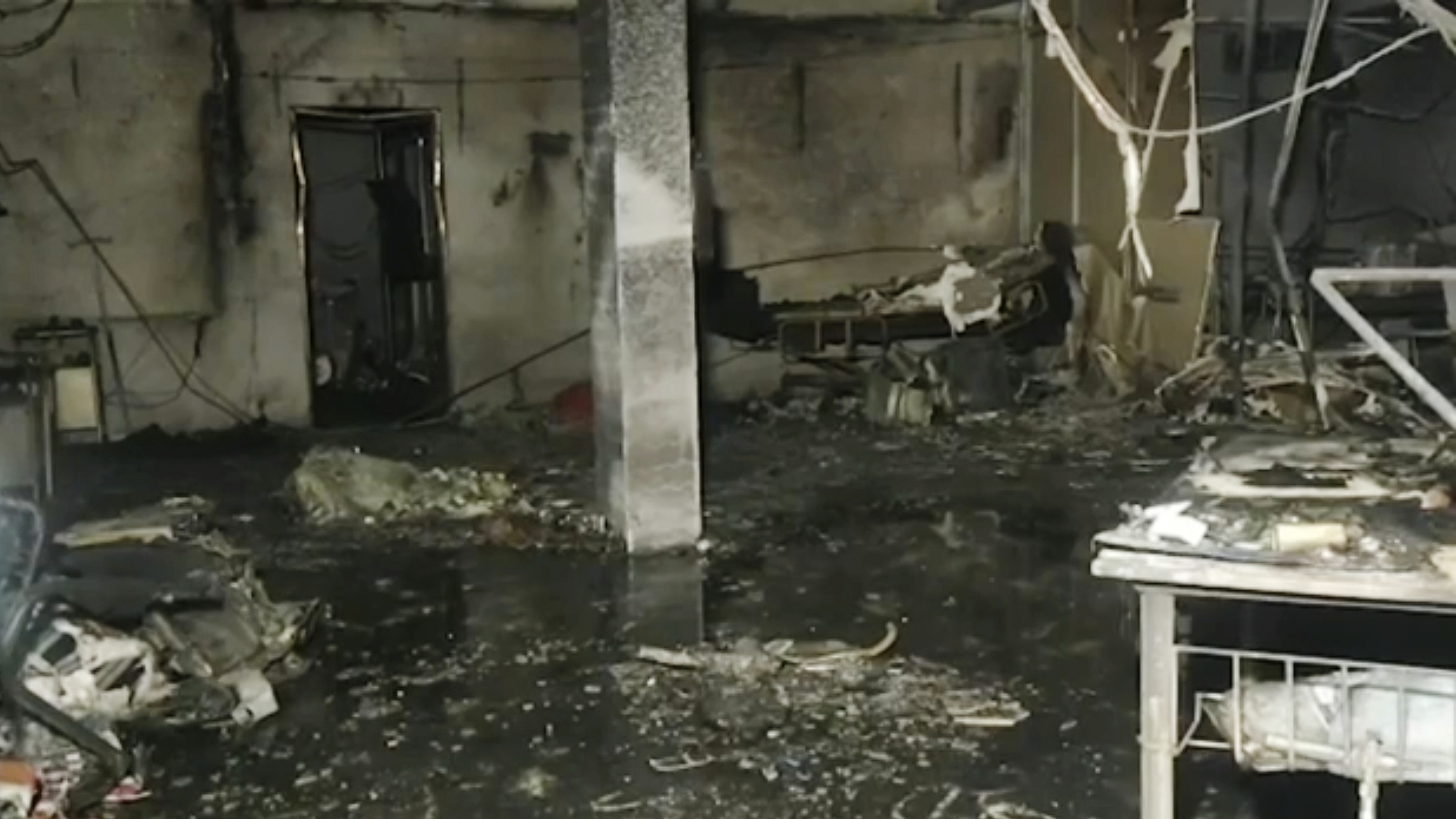 A horror fire at a Covid hospital in India has killed at least 18 peopleCredit: AP 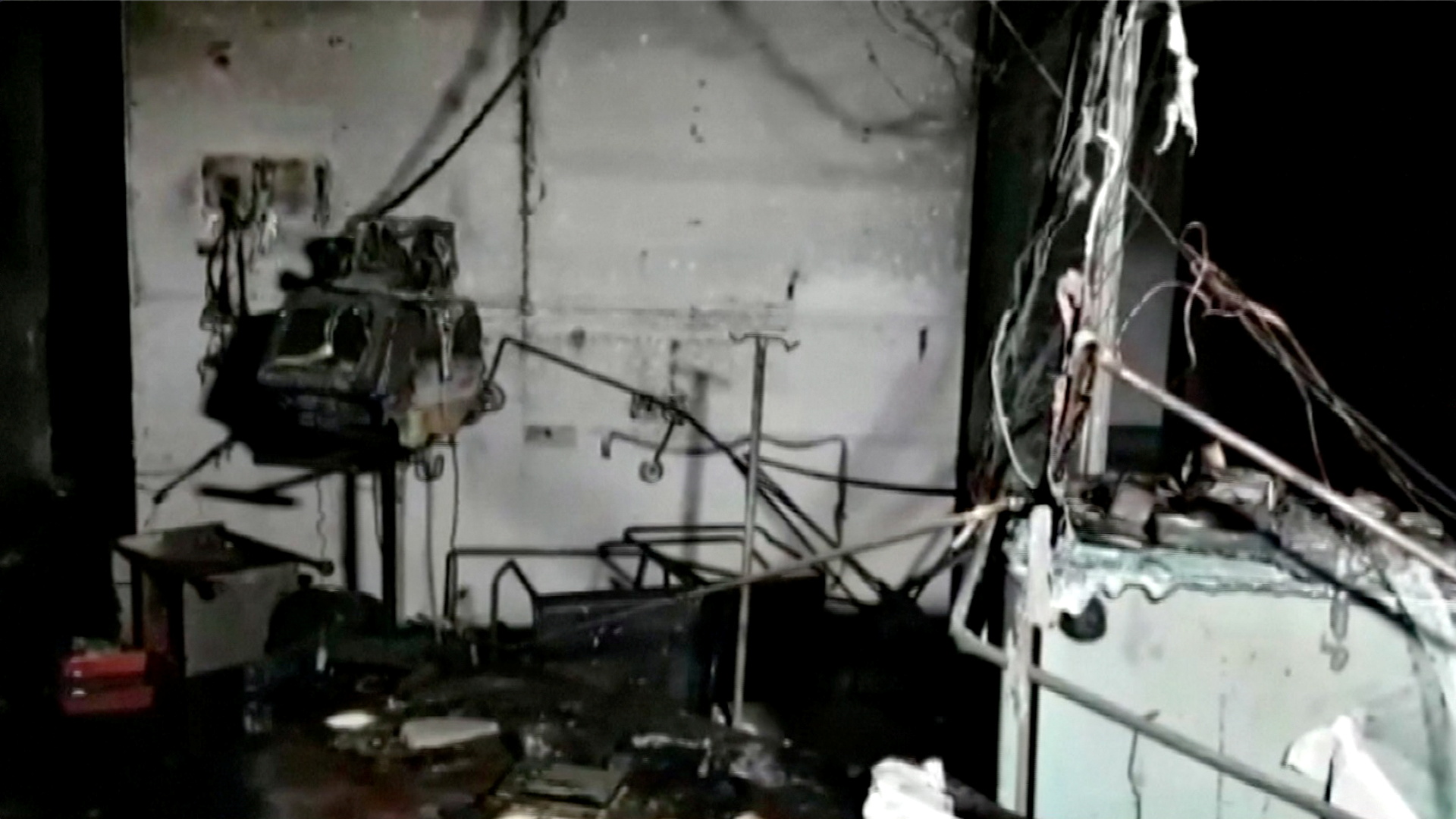 Damaged equipment and furniture are seen inside the burnt interior of the clinicCredit: Reuters

The deadly blaze was sparked in the western state of Gujarat late on Friday night, in the hard-hit country’s latest deadly hospital tragedy.

It started around midnight in the intensive care ward of the Patel Welfare Hospital – a designated pandemic facility – in Bharuch city.

“Sixteen patients and two staff members have died in the fire. Twelve of them died due to fire and smoke,” said R.V. Chudasama, a superintendent of police in Bharuch.

“Preliminary investigation shows the fire was caused because of a short circuit.”

Prime Minister Narendra Modi said in a tweet he was “pained by the loss of lives due to a fire at a hospital in Bharuch.” 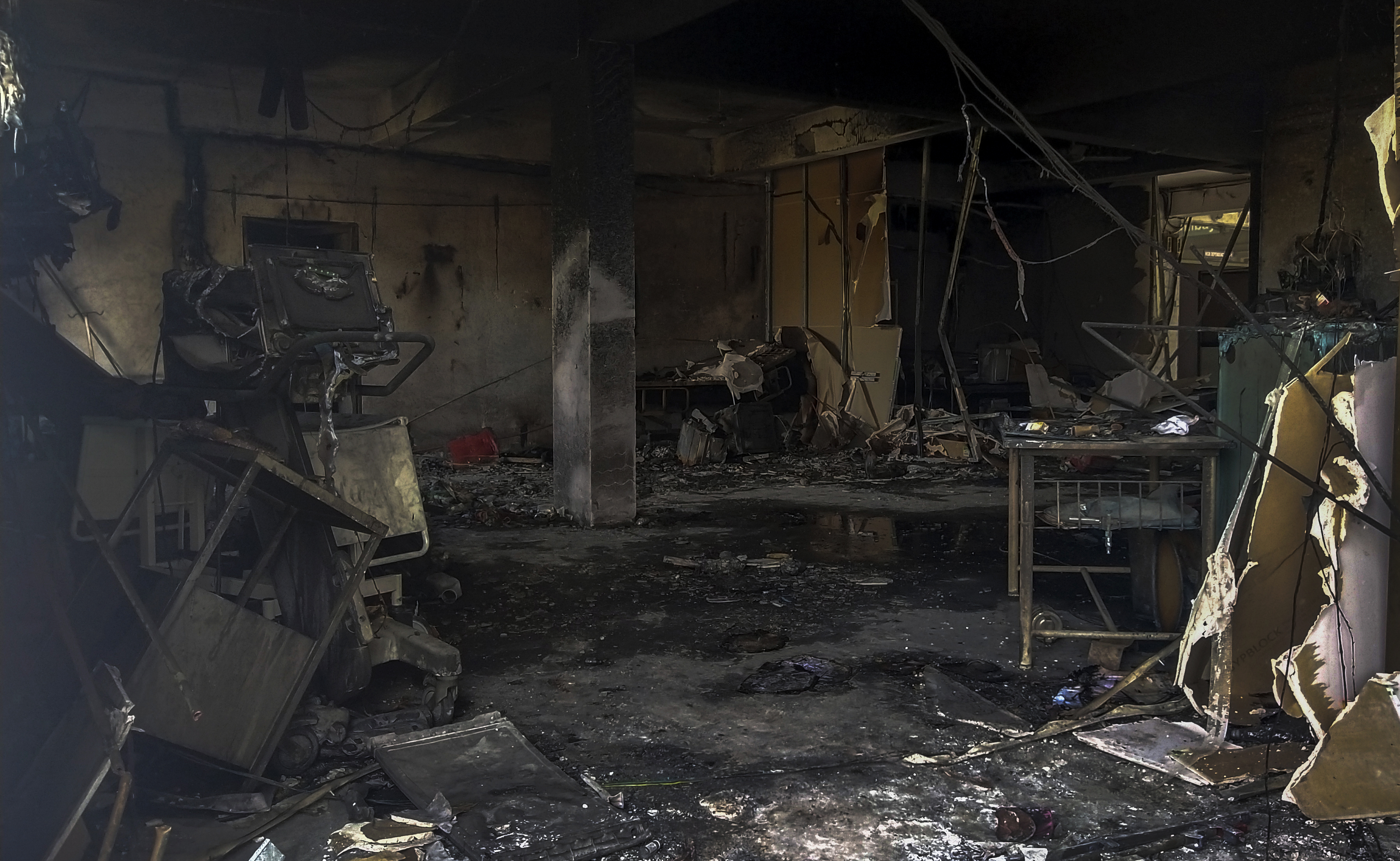 The deadly blaze was sparked in the western Indian state of GujaratCredit: AP 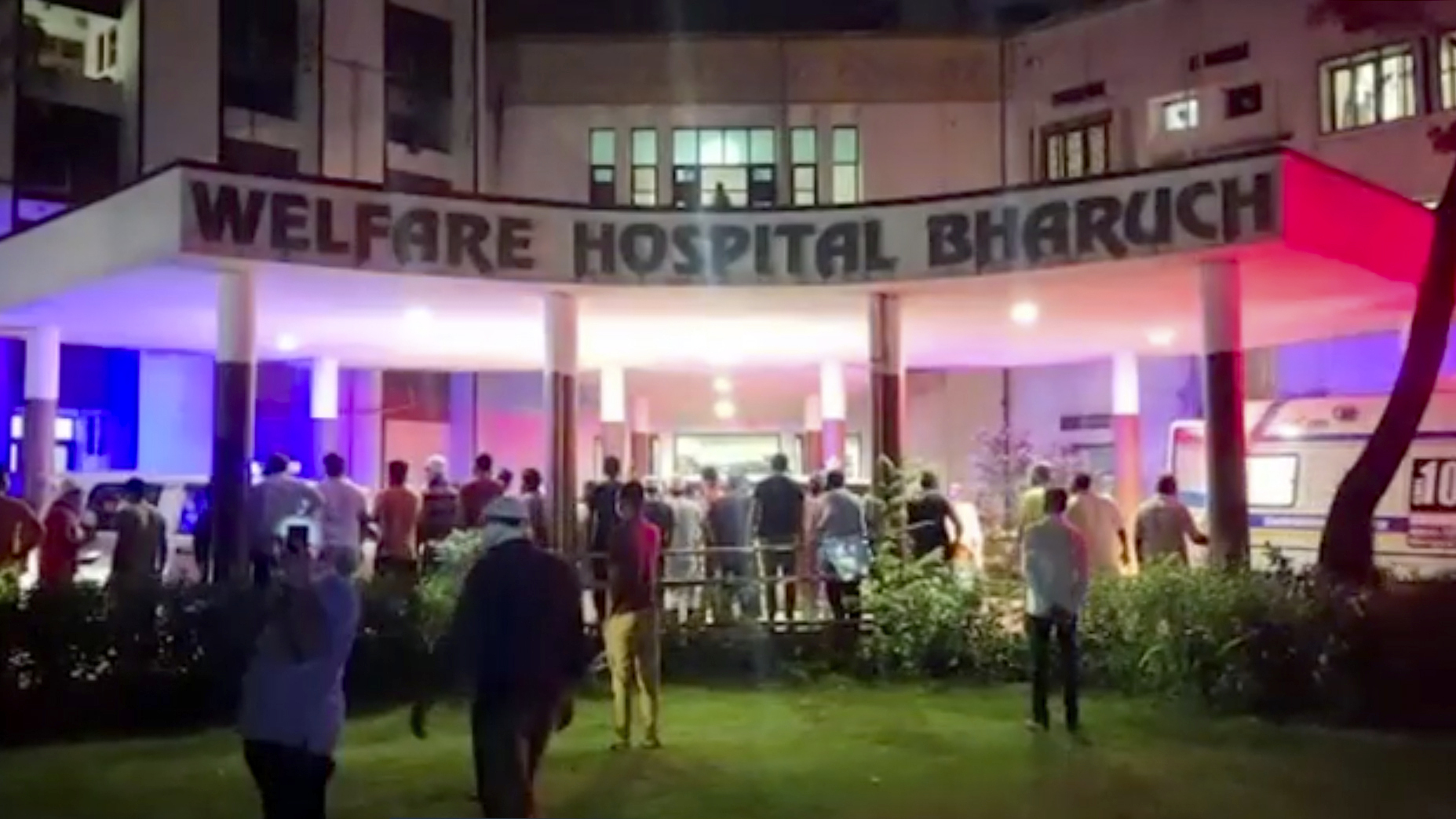 It started around midnight in the intensive care ward of the Patel Welfare HospitalCredit: AP 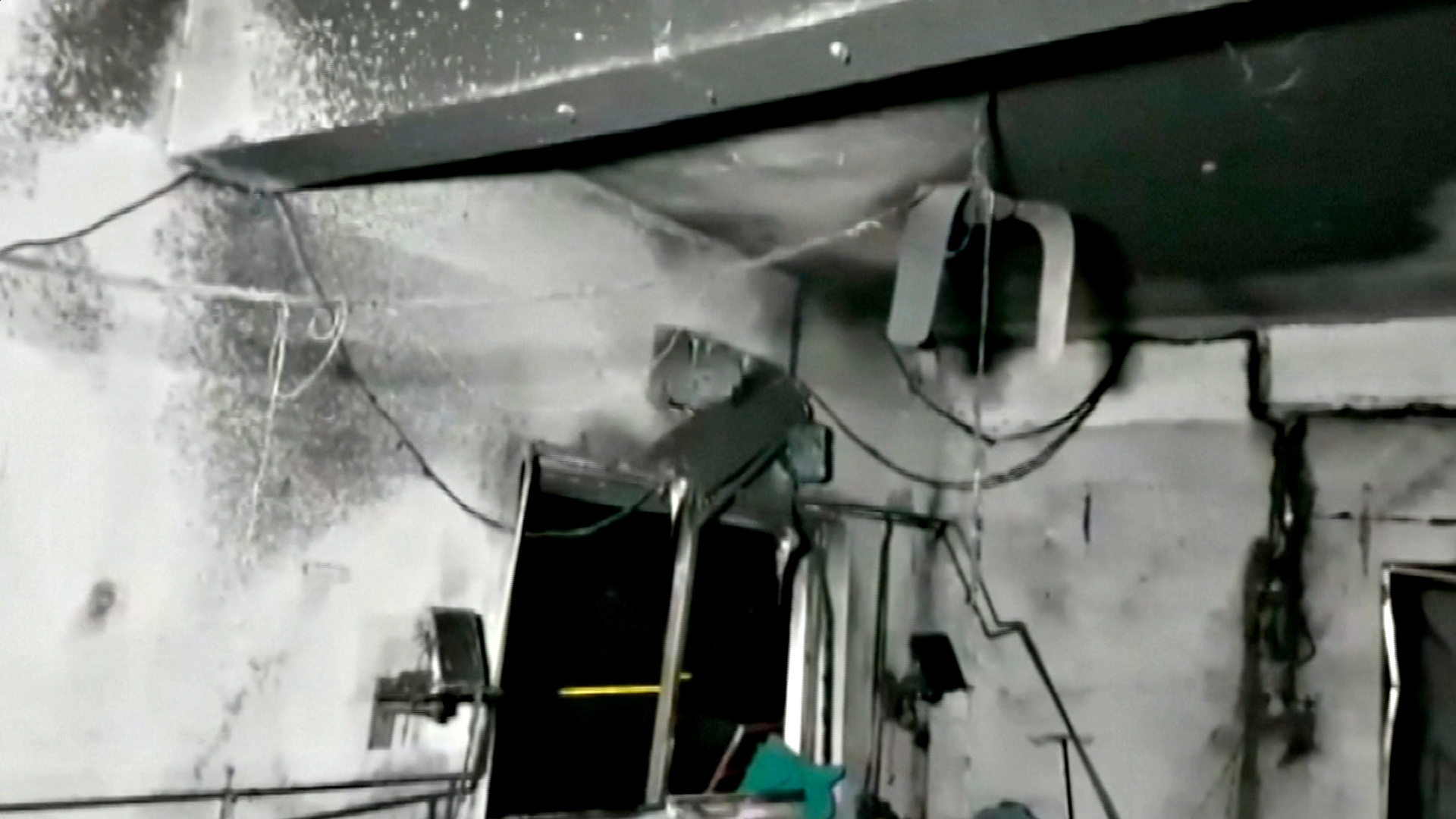 India’s healthcare system is struggling to cope with the coronavirus crisis, which has killed 211,853 people and infected more than 19 million.

It now has the second highest total number of coronavirus infections in the world after the United States.

A dozen people were reported killed after another deadly fire in a hospital treating Covid patients in a suburb of Mumbai on April 23.

Earlier 22 patients died at a public hospital in Maharashtra where Mumbai is located when oxygen supplies ran out due to a leaking tank.

The latest tragedy comes as India prepares to start a new vaccination drive, despite some states warning they do not have enough doses to handle demand.

India is the world’s largest producer of vaccines, but is still struggling to get supplies to its 1.4 billion population.

Modi hosted an emergency cabinet meeting on Friday, and it was announced today that all adults over 18 were to be vaccinated. 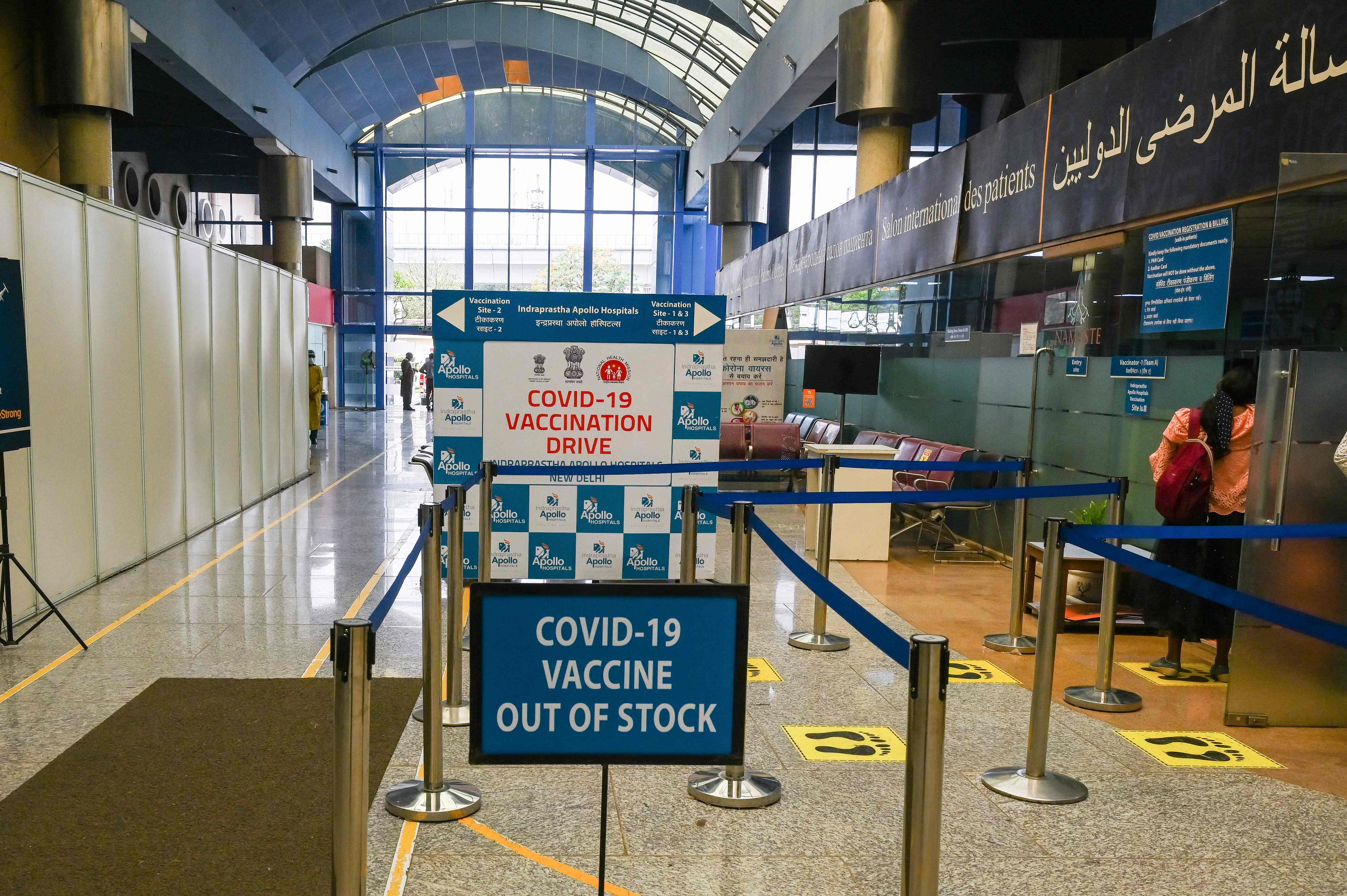 India is still struggling to get vaccine supplies to its 1.4 billion populationCredit: AFP 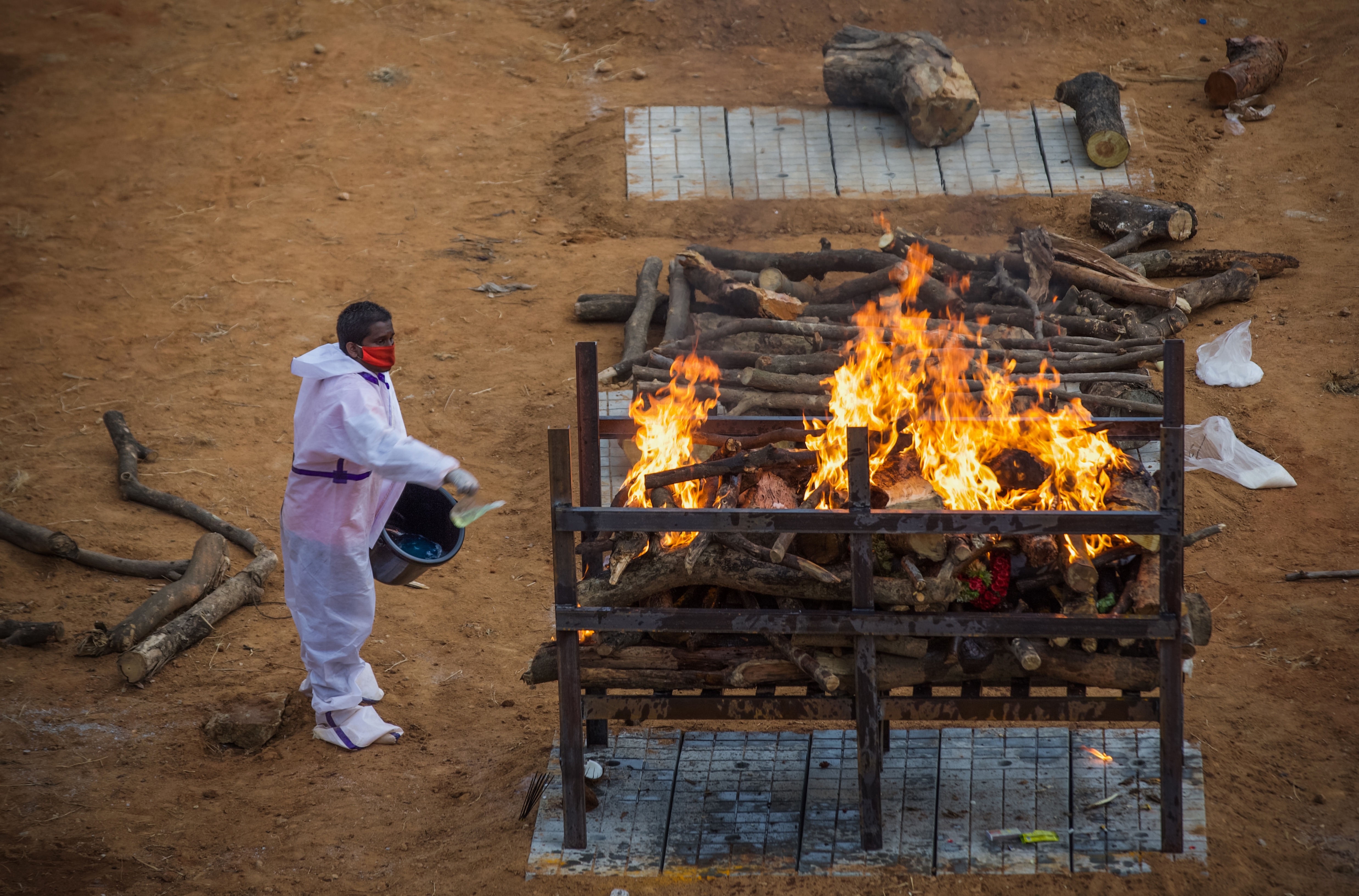 A man wearing PPE performs the last rites of a deceased relative in a disused granite quarryCredit: Getty 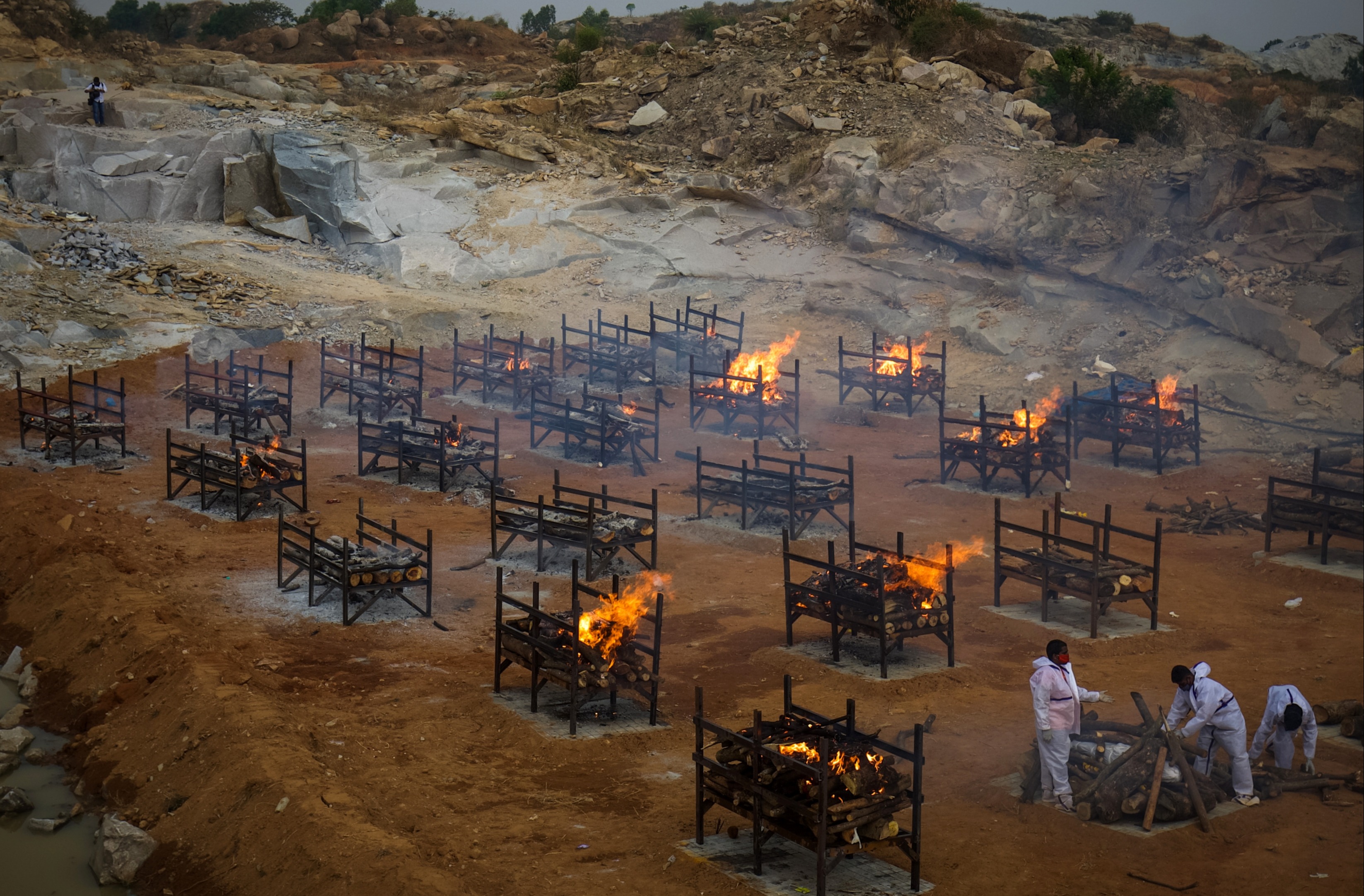 India now has the second highest total number of coronavirus infections in the worldCredit: Getty

But some states have already said they will not be able to manage this due to a lack of supplies.

New Delhi’s health minister, Satyender Jain, revealed the capital does not have the doses to vaccinate those aged 18 to 44 .

The city’s chief minister, Arvind Kejriwal, said: “We hope that we will get vaccines tomorrow or the day after … I ask you to please not queue up at vaccination centres on Saturday.”

The Sun Online has revealed how desperate Indians have been turning to witch doctors who brand them with hot irons to rid them of Covid.

Many resort to the excruciating treatment as they believe Covid is an “evil spirit”, Ashita Rebecca Singh, doctor in the north west of Maharashtra state, revealed. 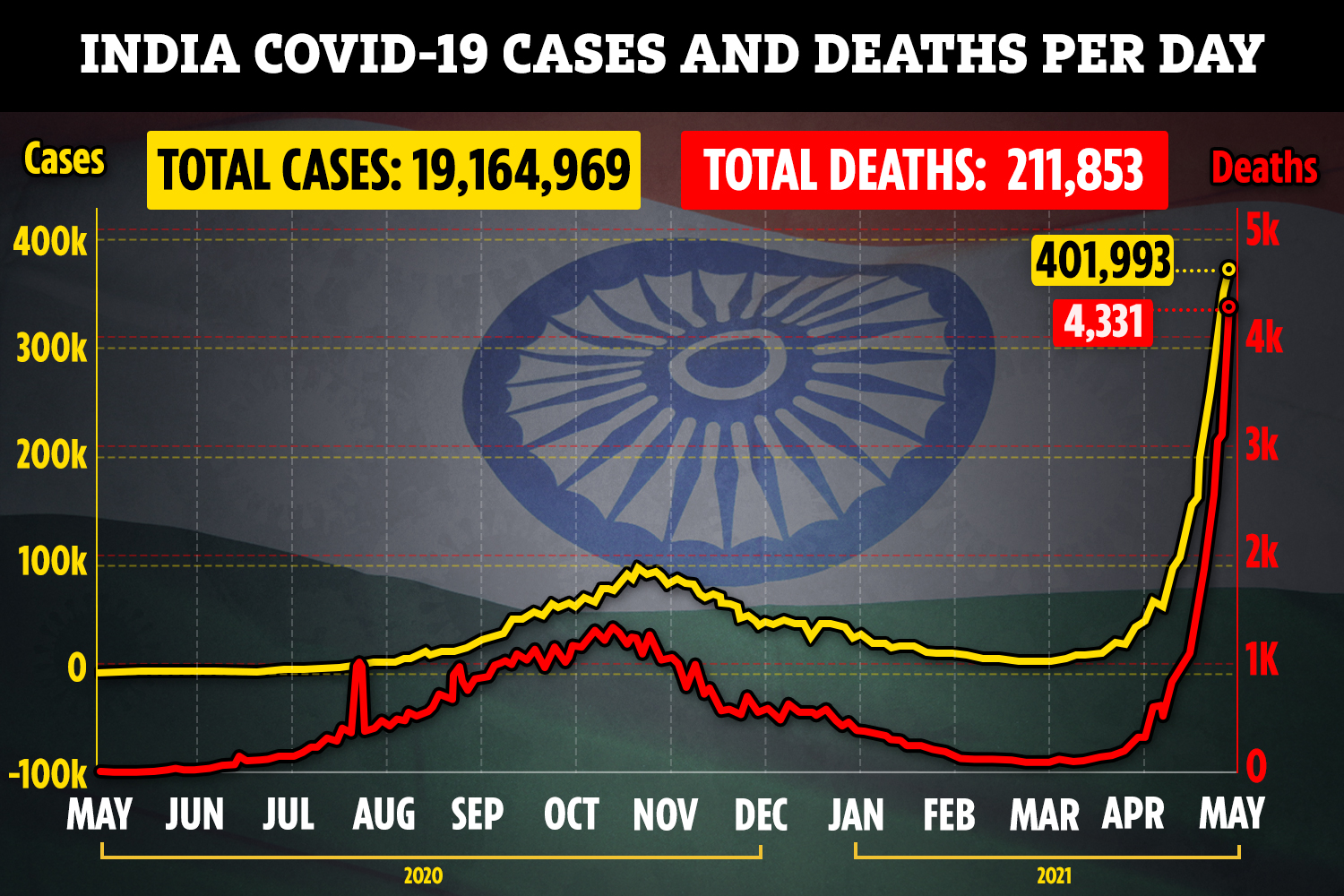 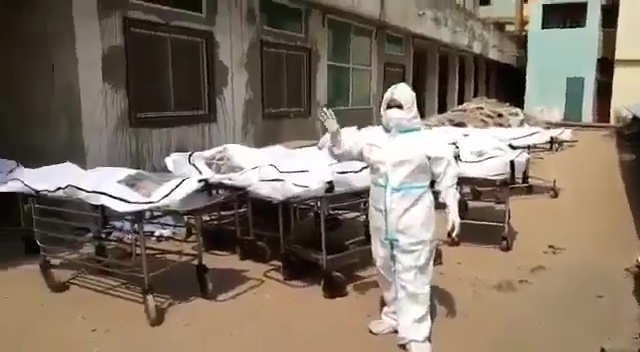 Bodies have been piling up at hspitals in the vast countryCredit: Jam Press 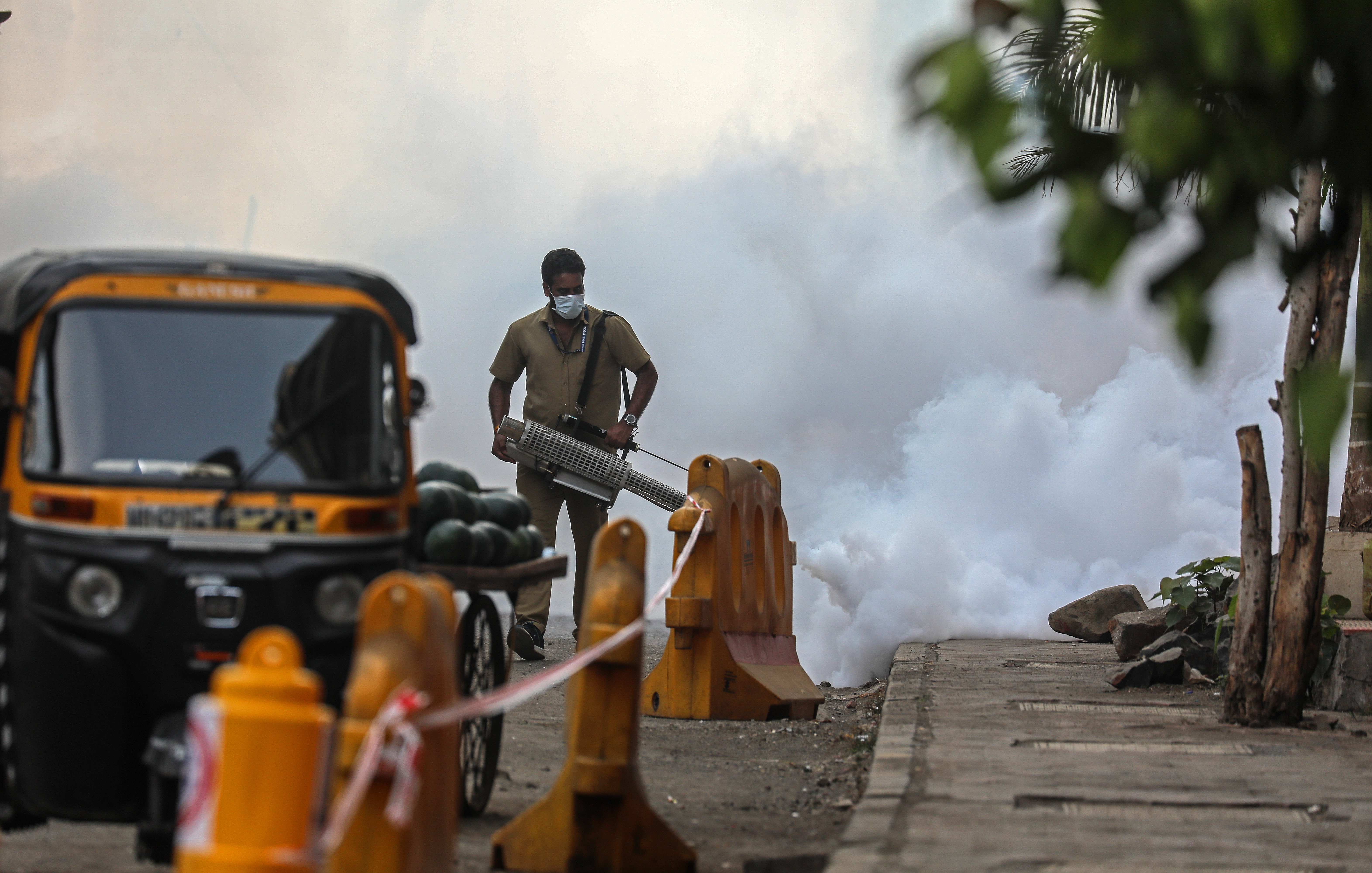 A worker uses a fumigation spray machine near a vaccination centre in MumbaiCredit: EPA

The country made it through the first wave of the pandemic when it went into a strict lockdown between March 25 and May 31, 2020.

After the lockdown was lifted, the country was hit by a wave of infections but hospitals were not overwhelmed.

Scared of the repercussions of economic shutdown – which weighed heavy on a system already struggling with poverty – India was allowed to proceed with everyday life.

One of India’s leading virologists, Dr Shahid Jameel, said: “We let our guard down. It was complacency.”

In March 2021, India was declared reopen.

Dr Jameel, of Ashoka University, said: “These were all possible super-spreader events.”

Now, the national government is relying on local authorities to handle the outbreak.